What is this fish?

AdoraBelle Dearheart said:
Do all of them wind up being sold as feeders? Or is more likely to see the first two, but not the third, for instance?
Click to expand...

Well, there are many fish that are used as being feeder fish. So basically, it could be any kind of fish. But within the Gambusia genus, both holbrooki and the affinis are used as feeder fish. At least, overhere in Europe.

Colin_T said:
The common Gambusia holbrooki found in creeks is the one used for feeder fish. Most of the others aren't found throughout the world so rarely if ever get seen by the average hobbyist.
Click to expand...

Overhere in Europe, both G.holbrooki and G.affinis are introduced in waters, to be honest.

cv123 said:
Wow spot on! I had to move her to my larger tank as she was nipping all my guppy tails in my 29g

Very cool though, never heard if a mosquito fish!
Click to expand...

That's what they do...
A couple of times at a local garden center, they thought that they had some kind of disease in their guppy tanks (females and males are separated overthere). Because their fins were torn and ripped. And they've been treating those tanks with meds. But each time that happened, I've seen mosquito fish swimming in there with those guppies. So, I told them that it wasn't a disease but those mosquito fish were the cause of those damaged guppy fins.
I'm still keeping the G.affinis overhere, btw. Right now, they're swimming in an outdoor tub in the backyard.

Gambusia were declared a noxious species here over 10 years ago. Nobody is allowed to collect, keep or give the fish away. if you catch them, you are meant to kill them and leave them on the river bank.

The federal government is meant to be dealing with them but aren't. I wrote to the government a few months back asking what they were doing to control the Gambusia in the local waterways. The response was something along the lines of we are working on ways to eradicate them. Yeah sure thing mate, you've been doing that for over 10 years.

Before the fish were declared a noxious species, collectors in Perth and surrounding areas would remove thousands from waterways every week. We sold them to shops for 5 cents each, which doesn't sound like much but when a shop takes 2000, it's a $100 cash for a few hours work wandering up a creek. If you do 2 or 3 shops per week, it gave you some spending money.

Because the government is now preventing people from collecting Gambusia, the fish have literally gotten out of control. Before the fish were declared noxious I surveyed waterways for ANGFA and the WA Museum. I would remove any introduced fish I caught and sell them to shops, while recording and releasing the native fishes, crustaceans, reptiles and amphibians. I had a number of creeks virtually free of Gambusia and there were lots of native fish in those creeks. A year after the fish were declared noxious, I surveyed the creeks and there were thousands of Gambusia and virtually no native fishes left.

The government isn't willing to change its mind and give exemptions to collectors so they can remove the fish. So all the native fishes are going to be wiped out by an introduced species and bureaucracy.

In Western-Europe we're still allowed to catch them. But it's forbidden to release them in open waters again.

I've made this illustration yesterday to be placed on my website. 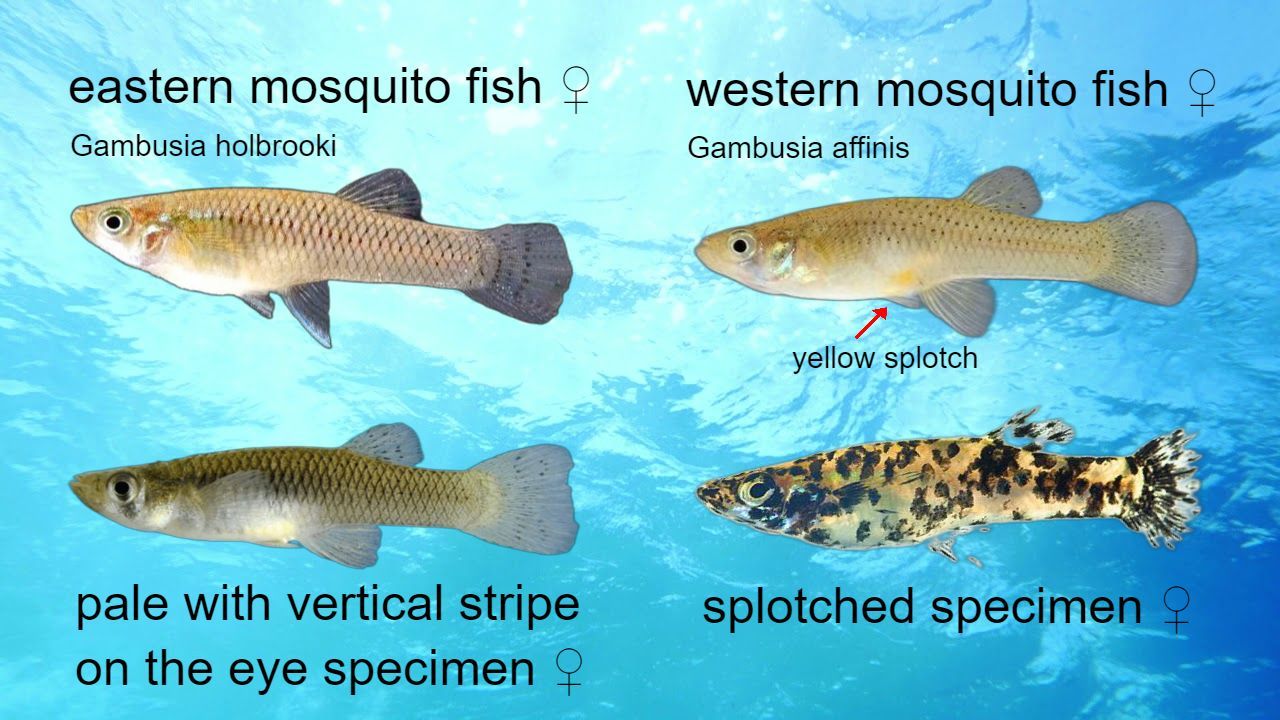 Today at 5:53 AM
PewPewChris
P