ive got some of my first aeneus corydoras as rescues, unfortunately they were in baaaad shape when I got them.

But months later, they're like theyre not even the same fish!

First, the one who was worst off. This little girl was riddled with so many parasites internal and external flukes and soooo emaciated. 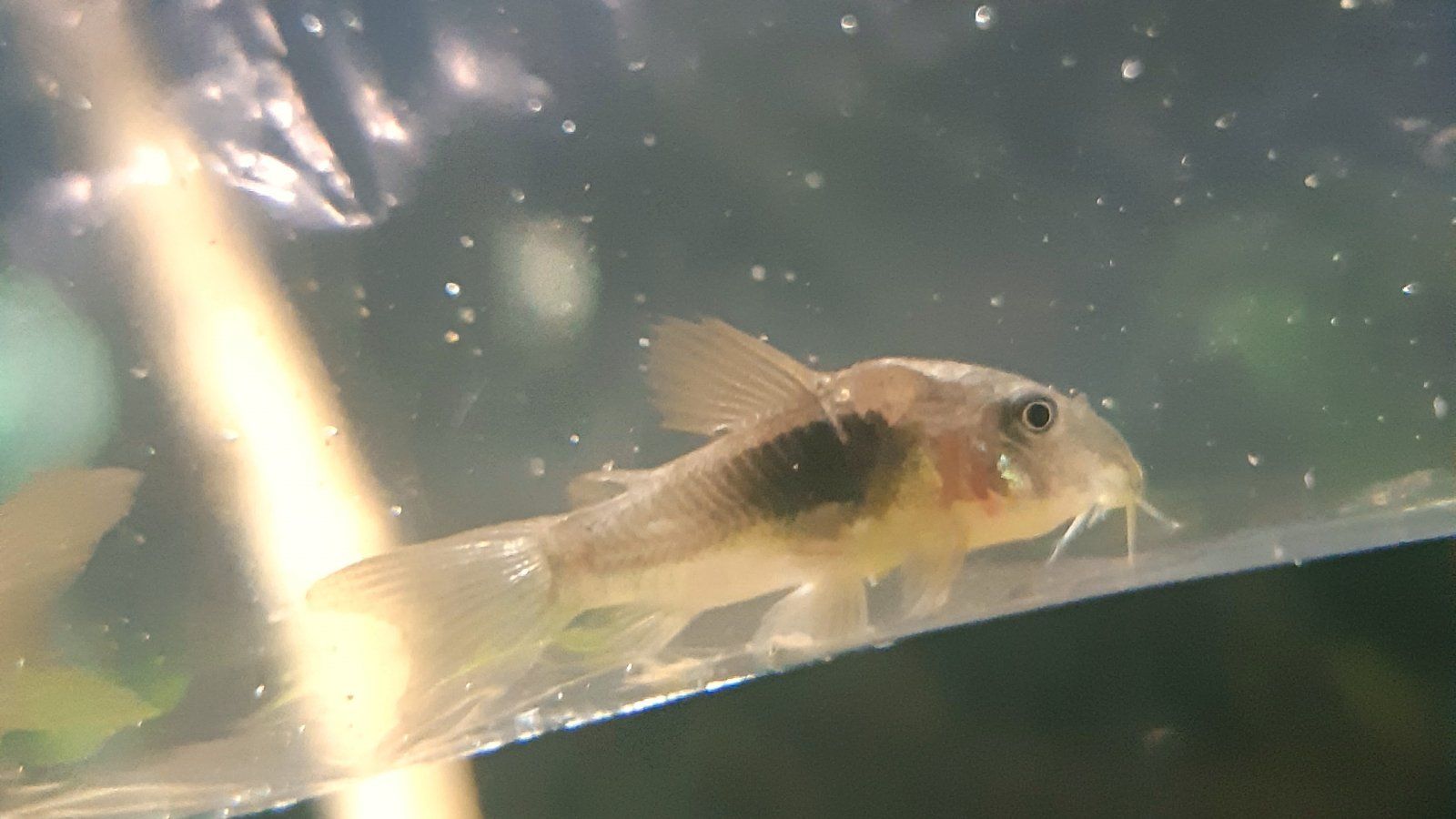 But now she's grown a lot bigger and chunkier and is so full of health.

This girl had a whole fin and spine ripped off, but surprisingly grew back without issue.

And this guy took the longest to recover, he was very sickly and i worried he wouldn't recover in the end, but he has shaped up beautifully.

Hes proving to be among my most colorful too!

It's so amazing to see their improvement! Great job with them, you've changed their lives forever!

What a great improvement, bravo.

Well done hun.. so beautiful! Can I ask how did you know baby had fluke etc?

thanks for sharing these pictures, nice to see they are all fine now

How did you go about curing them? That would be good for members to learn should they have a similar outbreak.
OP

Aussie_Bristle said:
Well done hun.. so beautiful! Can I ask how did you know baby had fluke etc?
Click to expand...

On the fins and whiskers, they had very tiny little white short "strings" clinging to them, especially the pelvic and dorsals.
Arrow pointing to a visible fluke. 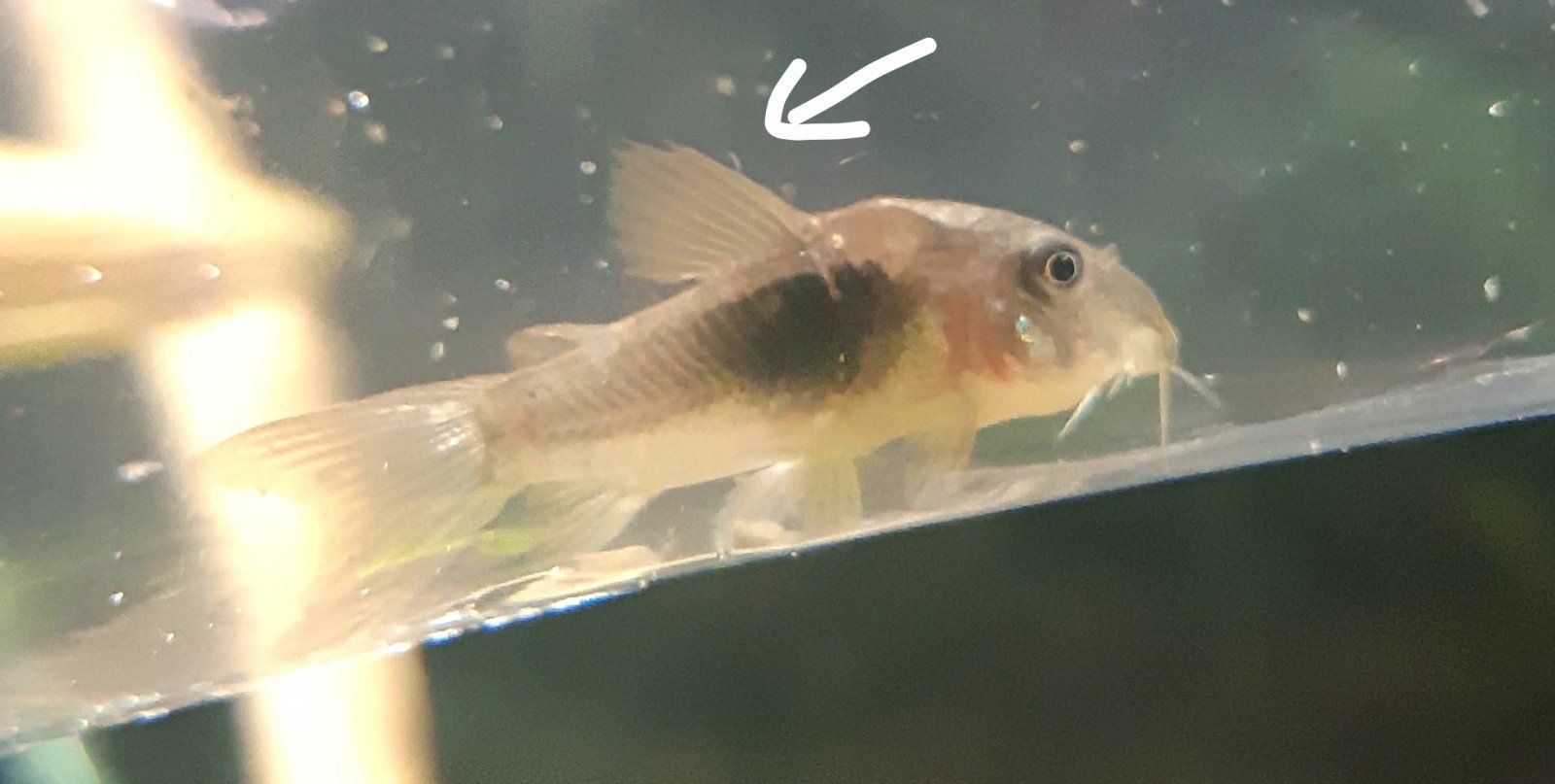 I had a severe outbreak of it before these rescues too, so I knew what to look for with them. I always always check now with new fish and take photos of them in the bag!

These photos are from previous outbreak, the flukes circled. 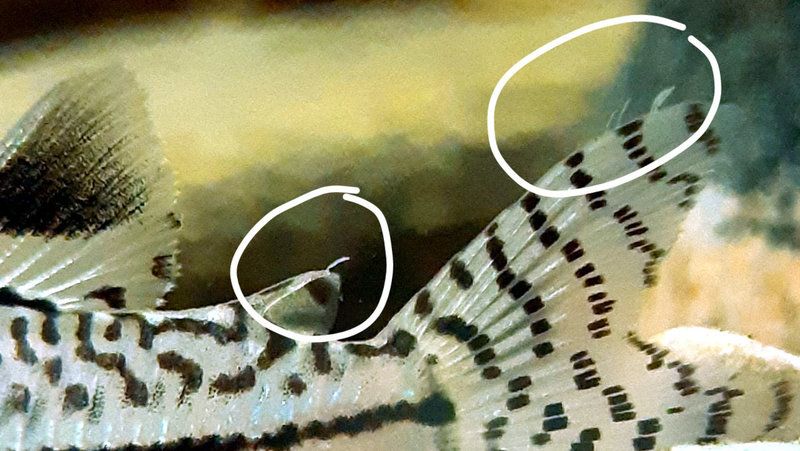 and look at the poor barbels, covered too.

Fishmanic said:
How did you go about curing them? That would be good for members to learn should they have a similar outbreak.
Click to expand...

Flubendozole can cure it, but so can Praziquantel.
I went 4 rounds of half-dosed Praziquantel and Metronidazole in General Cure (i had to go out of the country to get my hands on it).
I had tried malachite green prior as some sources say it works, but it didnt work for my case (I had a severe outbreak before this, so I knew how to tackle it on these guys too)

Salt can work, but be warned with cories and some fluke species are tolerant of salt so it won't work.

Thank you, it’s just good to know what to look out for.

Well done. Treat yourself to a new cape.

Wow! I would have thought they were just a part of the fin. Never had them. Thanks for sharing!
OP

Deanasue said:
Wow! I would have thought they were just a part of the fin. Never had them. Thanks for sharing!
Click to expand...

Honestly theyre worse than ich. Flukes are among the worst external parasites, right behind anchorworms lol

Would love to see a picture of that whole tank.

How do you treat them?

Ah, I see General Cure or Prazipro will kill them.
OP

Would love to see a picture of that whole tank.

Theyve been moved around a bit since these, but the aeneus are in my 46g

Deanasue said:
How do you treat them?
Click to expand...

Deanasue said:
Ah, I see General Cure or Prazipro will kill them.
Click to expand...

Prazi is the best for them. Flubendozole will do it too.

what is in my tank?

Sump I designed for my small 11 gallon tank