They really do grow back really quickly, you'll see when he malts!
P

Good luck with the quick recovery! I think that getting him to eat a different way would be the hardest part.
K

It's been a few days now and he's still feeding well, takes less convincing, still spends most of his time on his back or sides but is managing to get on his front more often. Do keep an eye on here for those that are interested, I'll keep updating as things go on.

Any news on On the Douglas Barder Lobster?
OP
J

He's doing well, spending a bit less time on his back now. Once I've got him back to full strength I think I'll let him go to a new home, IIwould keep him myself but I don't think I could bear to see anything happen to him later down the line, plus I think he'll need a bigger tank. So if anyone wants to adopt him let me know. I can take him to the lfs and get money for him but I'd rather give him away and know that he's going to a good home.
OP
J

just looked up douglas bader on the net and now understand the joke.
OP
J

Next update....the lobster is doing well, he just shed his skin tonight with no problems, have a look at the pics. I know he's on his back but he's nearly always on his front now. 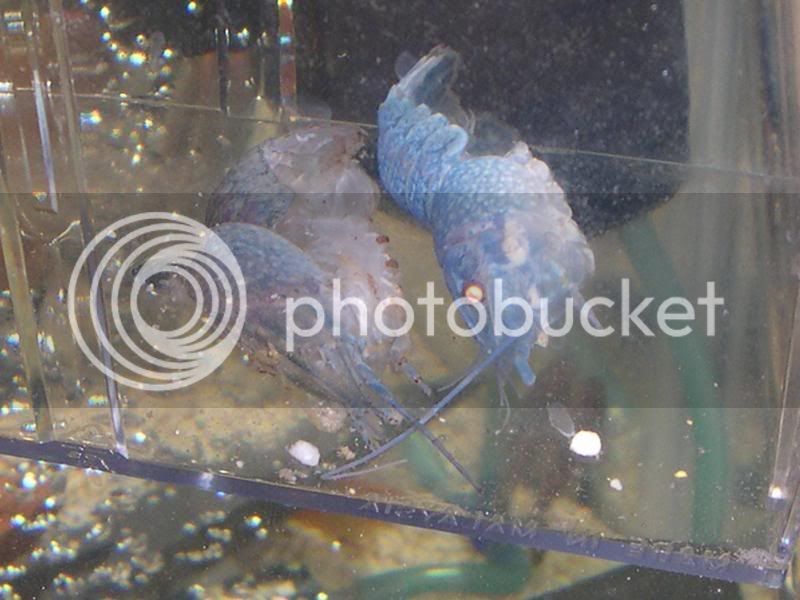 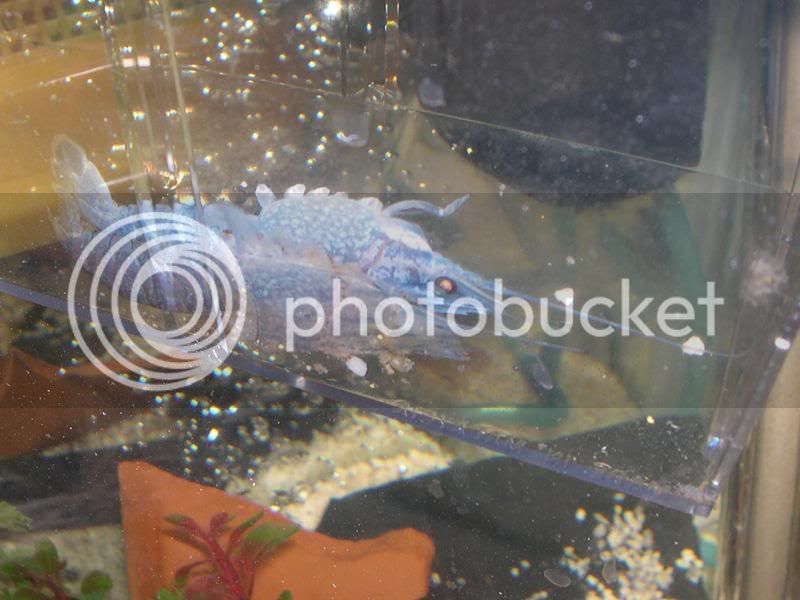 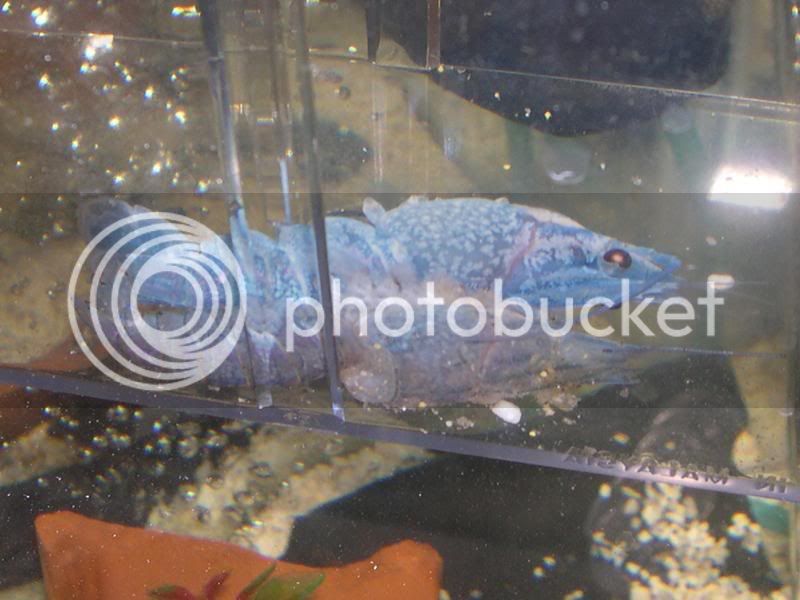 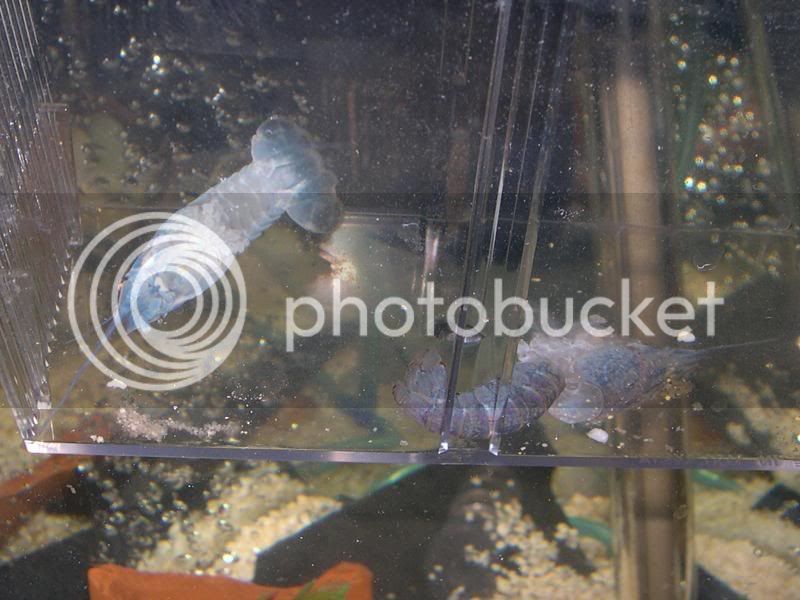 Yeah, his legs are lookng a bit lomger, his tenticles have grown quite a bit.

Ive looked back on the first page and he had anoher claw? where did that go?
OP
J

I had to take him straight to my lfs when I saw him attacking the injured one, otherwise he would've killed him, I got £8 worth of food for him.
G

i wish i could take him but i dint have a big enough tank!i have the 200gal but hed attack my ishies.anyway hope you find him a good home(what size tank do they need)