Preferably they need a 50gal tank or bigger really although I have my big one in a 40gal so I might not be able to keep him when he's fully grown, have to see how big he gets. The baby is about an inch and a half long and they can grow to about a foot!

I did try braking up the shell but he wouldn't take it. I've got some shell supliment so i've put that in.
T

that is a lobster?

Depending on where in the world you come from, they are called different things. Down here in Australia we call them Yabbies, but i know Yanks sometimes call them crawfish or 'lobsters'.
I dought a specimen kept in a aquarium would grow to a foot in length, but they do have potential to get much larger.

By my post i meant he had an elongated claw in the front of his body, now its gone, what happened to it?
T

yeah, i catch crawdads in the creeks all the time, on accident... biggest i ever caught was about 6" in length... never a foot long...

To be honest I don't really know what happened to it, when I took the other one out he had that one claw left but when I looked later that day it was gone, I'm not sure how he lost it, I know they can pull them off themselves if it's deffective or something but he had nothing else to pull it off with, mystery!
Technically they are crayfish, they're are of the crayfish family, cherax destructor, known as a yabby in australia. In the Uk they're always labeled up as australian blue lobsters. My adult, he's about 6-7 months old and he's already nearly 7 inches long and trust me, if he nipped you it would hurt, he nipped me once when he was smaller and it hurt and now his claws are nearly twice as big and have developed sharp needle like points. I'm not sure if he'll grow to a foot long but they say they can grow that big in an aquarium and he's well on his way. I'll post a picture of him later, I'm at work at the moment.
P

the cherax Quad(can't rember full name) is the only blue "lobster" availible in the UK the rest are illegal. these can and will grow to 1ft.
OP
J

Here's the picture of my adult before his last shed, you should be able to see the points at the ends of his claws. 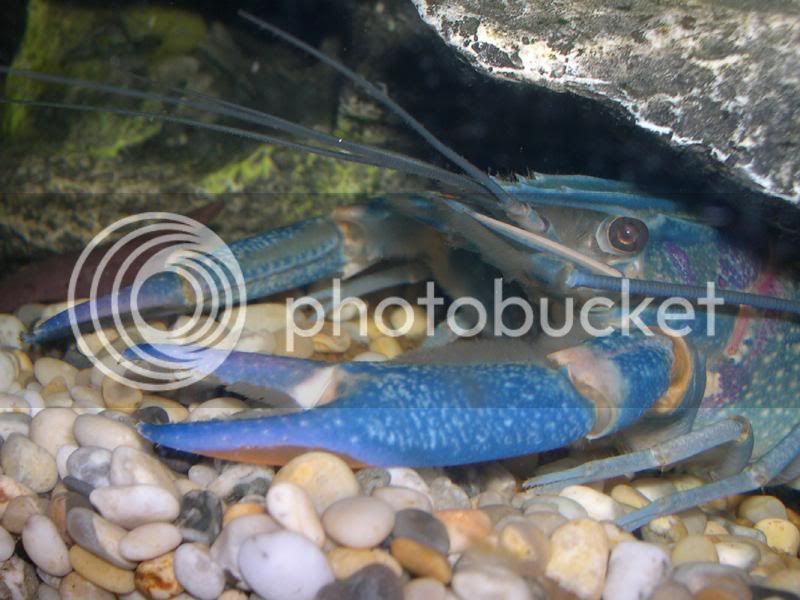 Just thought I'd update you all, the lobster is doing well pretty much spending all the time on his stumps, he's got a great technique that when he does topple over he swings his tail backwards and forwards getting momentum and then swinging back upright! Amazing to watch him adapt. He's taken to me feeding him even better as well, I put the syringe in the water, he rolls straight over, I put the food straight in his mouth and when I've finished he swings back over and scrapes up some bits that he's missed. I have seen him manage to pick up a couple of pellets but I can't be sure he'd do it if he went back in just yet.
OP
J

About a week ago I noticed he had started to grow legs quite quickly but they were unusable, not srong enough to hold his weight. These are some pics I took about a week ago: 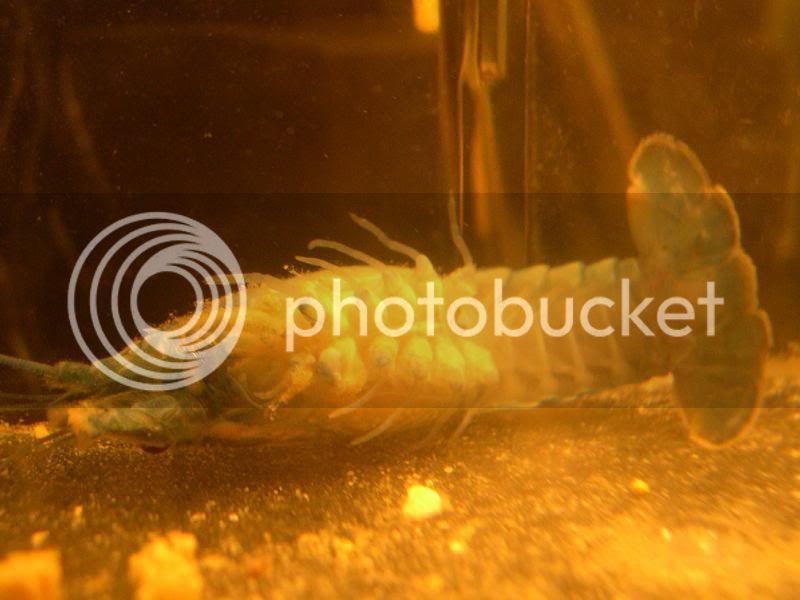 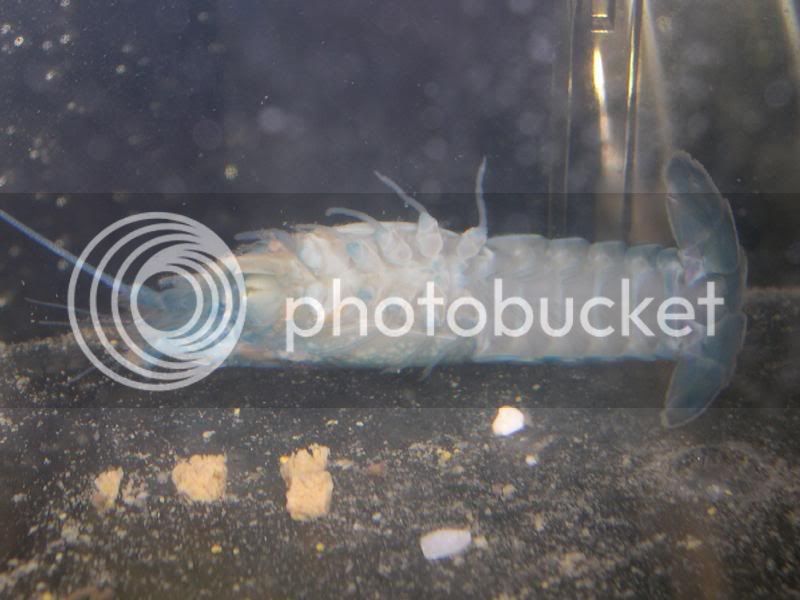 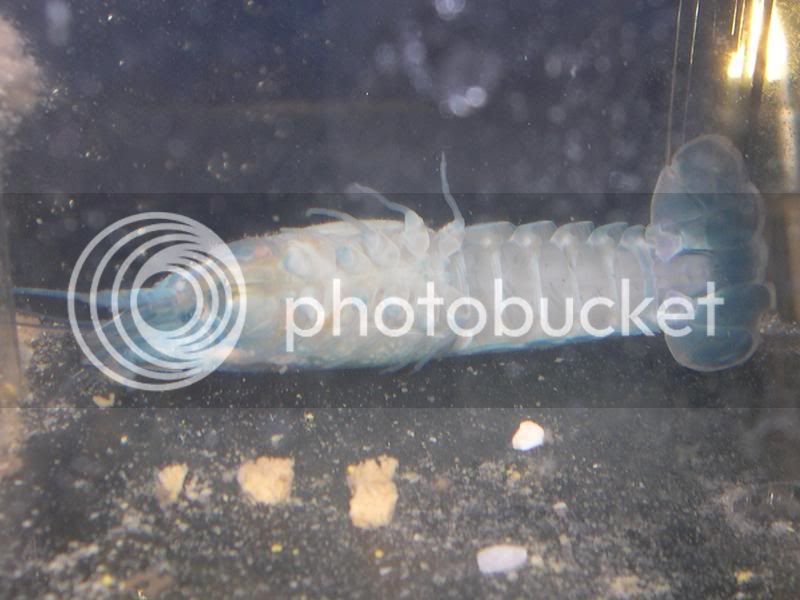 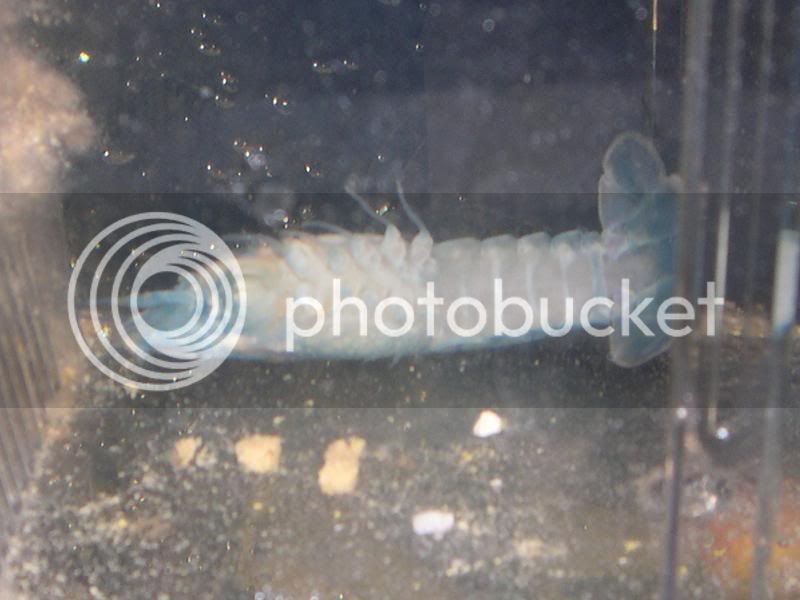 And then when I got up this morning I noticed movement, he had shed his skin and was walking around, standing up at the plastic, I've left him in there for today and tonight i'll clean out the tank and put him back in. Many thanks for everyone's support, I'm glad he's fully back to health! 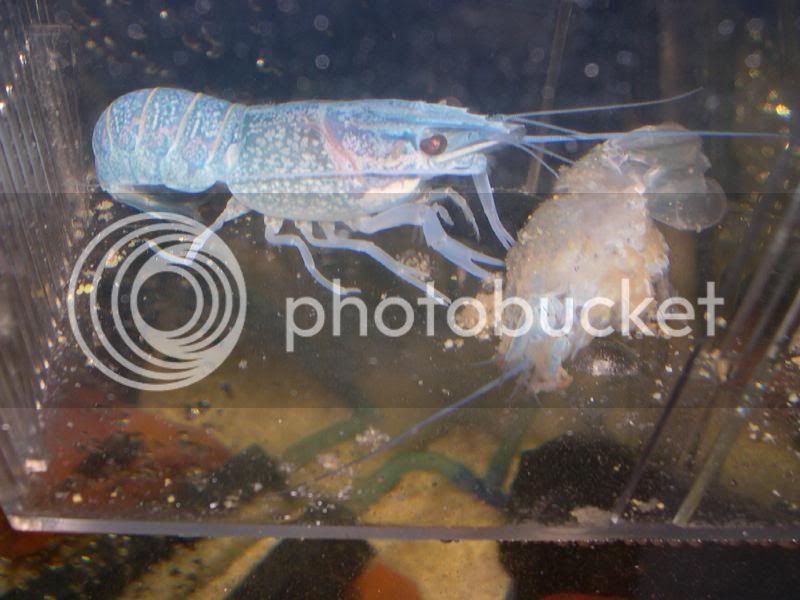 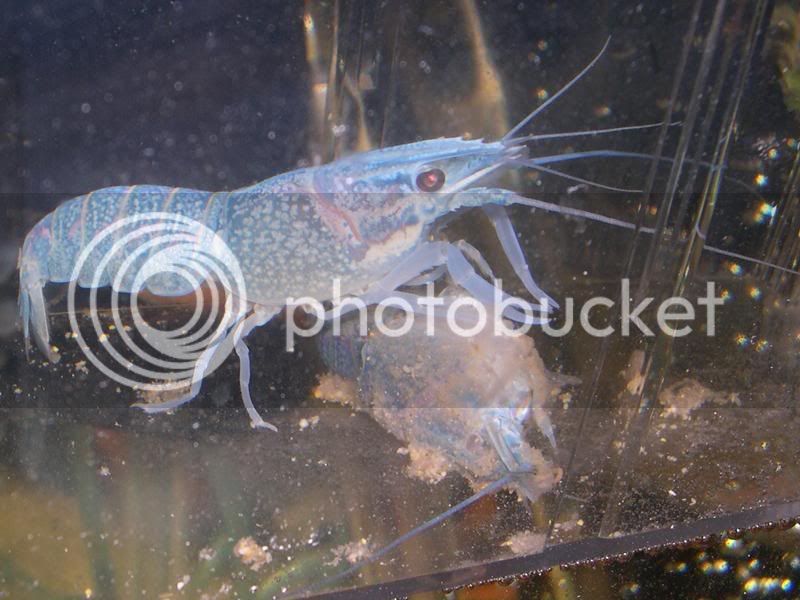 I haven't looked on this board for a while, and have just read your thread with great interest!
It's hard to believe that he would manage to improve at all, to lead a normal life again, but thanks to your patience and hard work you both pulled it off!


Bad choice of words, considering what happened to him, but you know what I mean

Best wishes to you both, and bloody well done!! Really pleased for you!

Indeed, well done for caring for him like you have!

wow it really did heal amazing
A