Is my Honey Gourami okay?

This past sunday I got a female (i believe she's a female, at least!) Honey Gourami from my local pet store and put her into my 10 gallon tank, which i'll put a picture of at the end of this post. Since then, i've noticed she spends a lot of time resting on the substrate at the bottom of her tank, particularly underneath her driftwood. She also appears to be breathing (would it be called that for a fish?) fast, but I don't know if that might just be a gourami thing. I did a 45-50% water change yesterday, but she's still resting at the bottom a lot. She's eating normally (she goes crazy when she sees her food!) and I see her swim around fairly often, but she always returns to the bottom of the tank.

The water params are 0 ammonia, 0 nitrate, and 0 nitrite, with a pH of somewhere between 6.8 and 7 (the color didn't quite match either, so I assume it was somewhere between those). Her tank is filtered and heated, temp reading around 82 degrees Fahrenheit (about 27 degrees Celsius).

I also noticed her color has been changing a bit? When I first got her she had a dark horizontal stripe on both sides of her body, but then a day or so later it disappeared, and this morning I saw it was back! Is this also something I should be worried about? This is my first time owning a gourami, so I'm still learning and dont want my poor girl getting hurt because of a mistake I made! 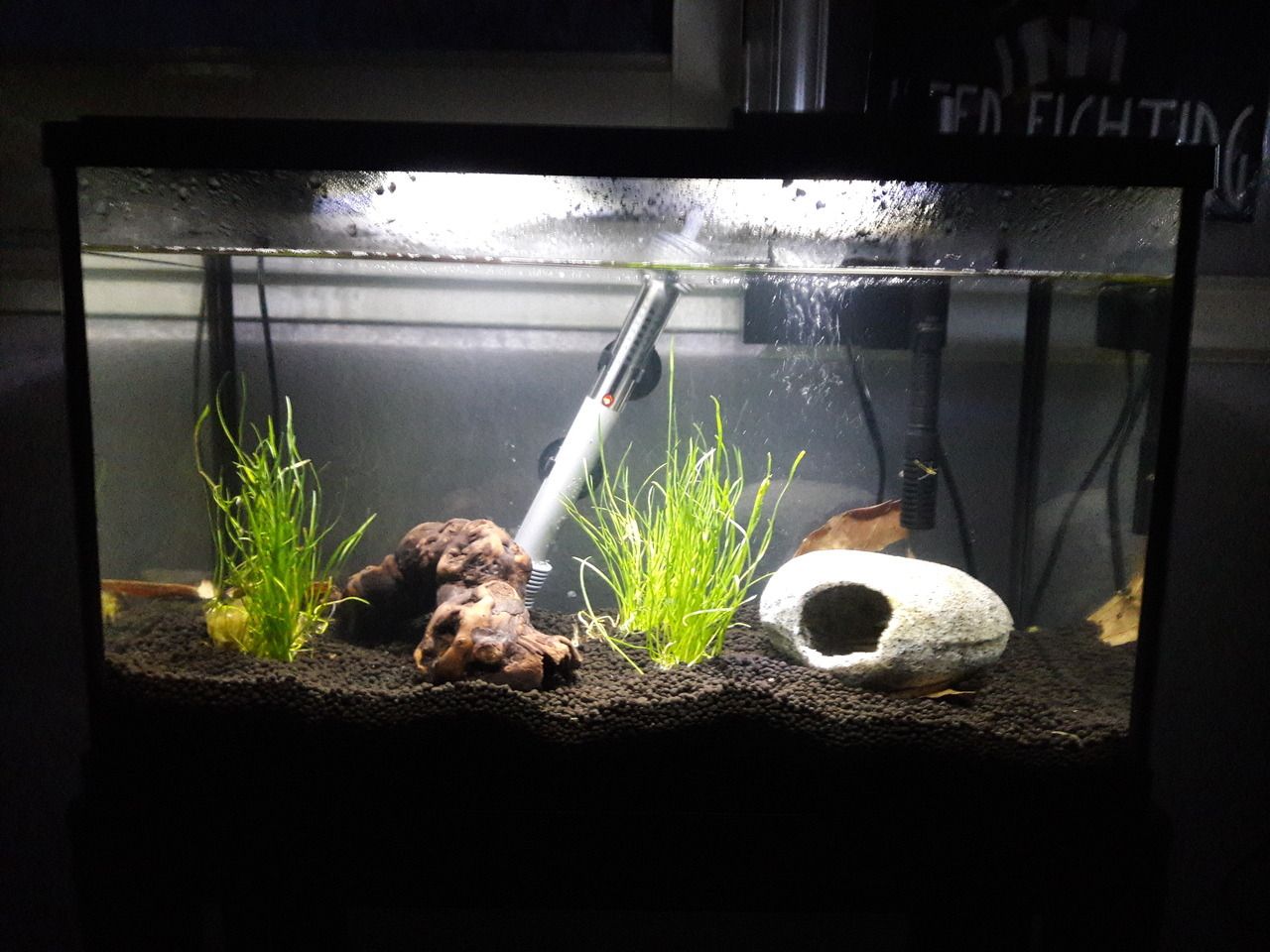 This is Soup's tank! 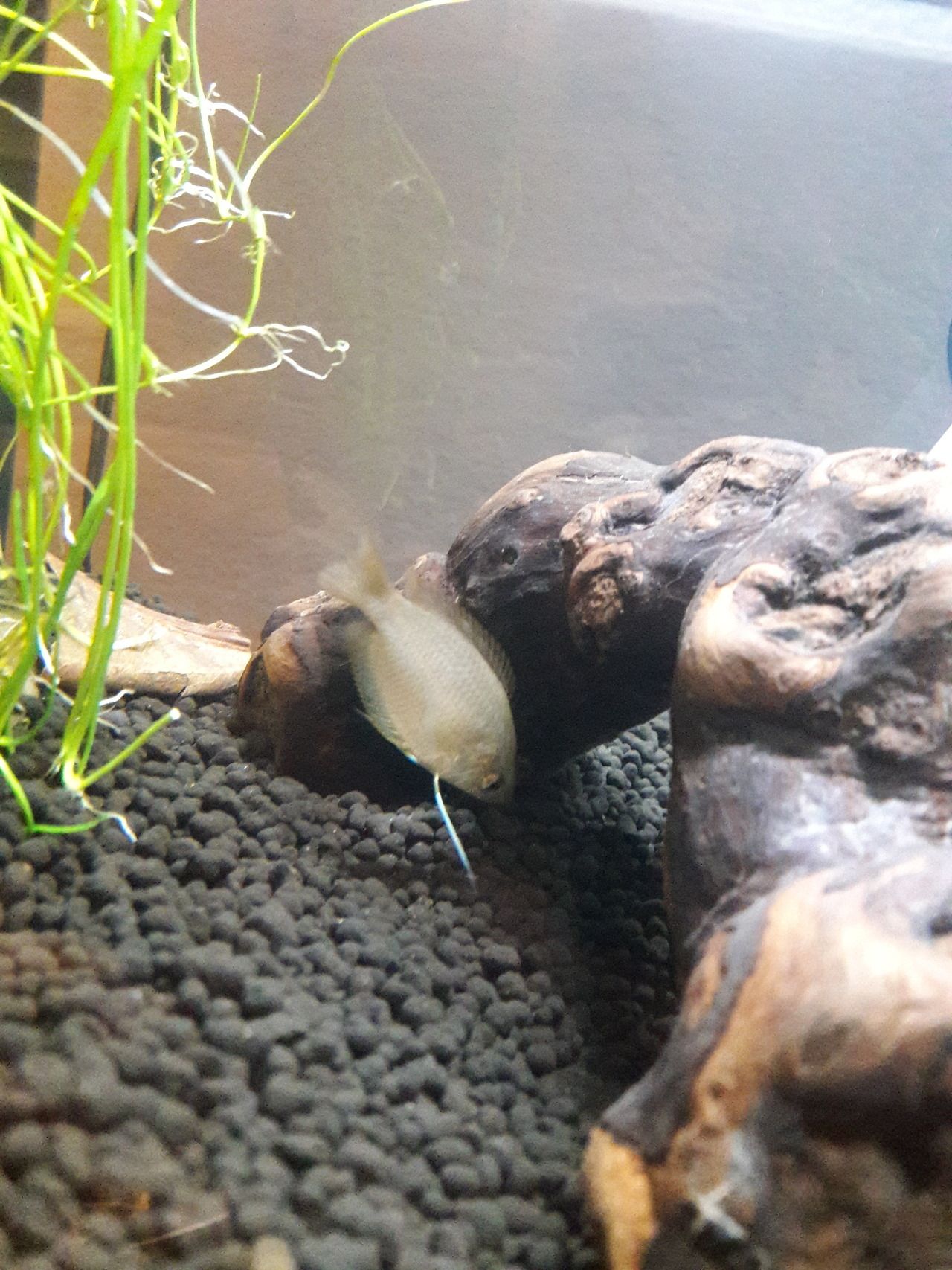 This is her two days ago, next to the driftwood she likes to sit underneath. 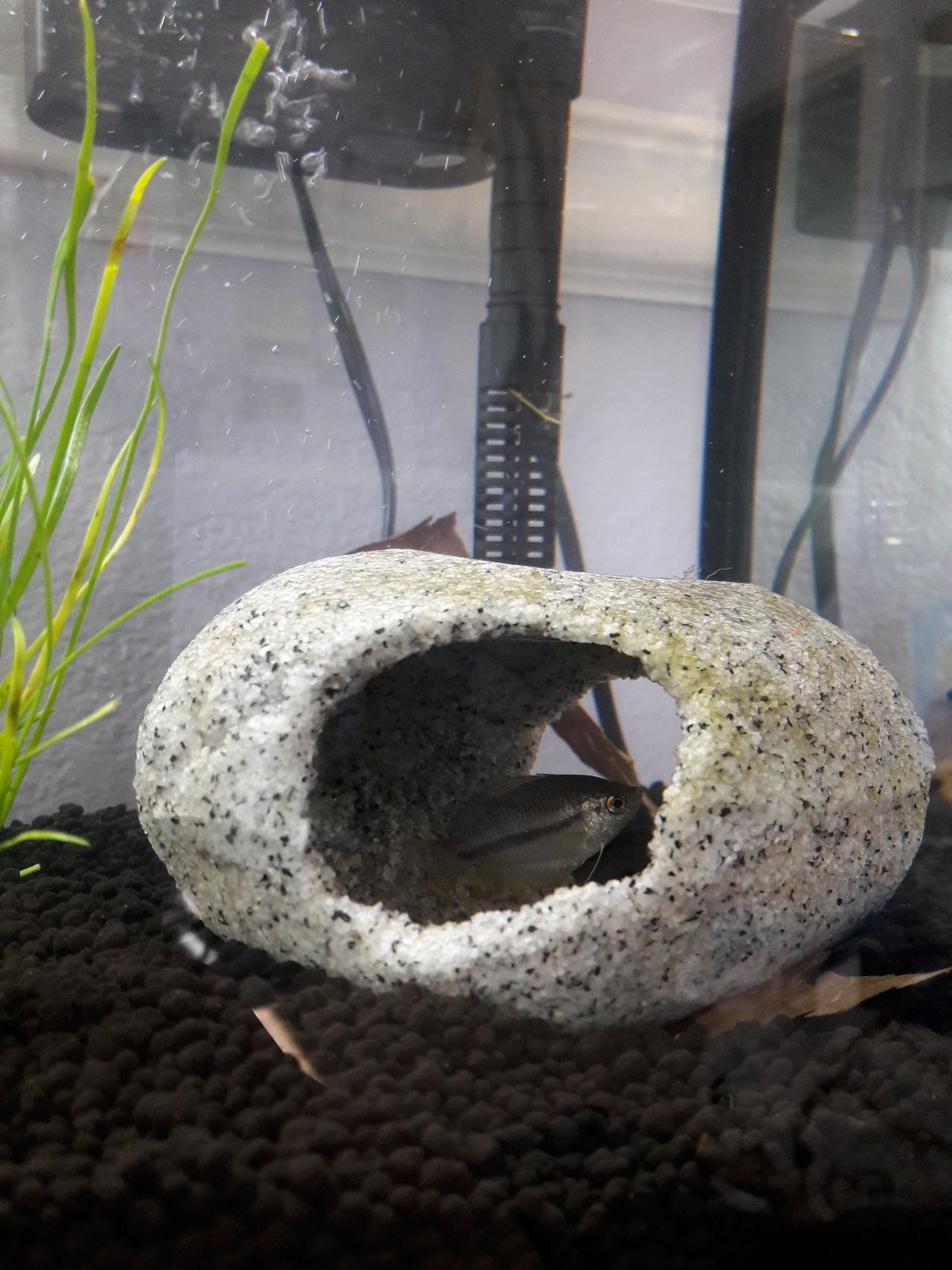 and this is her a few hours ago, inside of her rock hide. This was the best clear picture I could get that showed her stripe.

Thank you anyone who can offer help/advice!!
N

Thats a stress line she is NOT happy.

Is the tank cycled?
OP

NickAu said:
Thats a stress line she is NOT happy.

I've also turned down the heater a bit because I was worried I may have made the tank too hot, and she has become much more active since! The lines on her sides are also almost completely gone now.

Thank you for letting me know about the plants, I'll definitely buy some more at my LFS this weekend.
N

D
My pleco is not looking great , help please