I set this tank up a couple of months ago on 30th December, thought I should share what I have been doing and the struggles I have come across 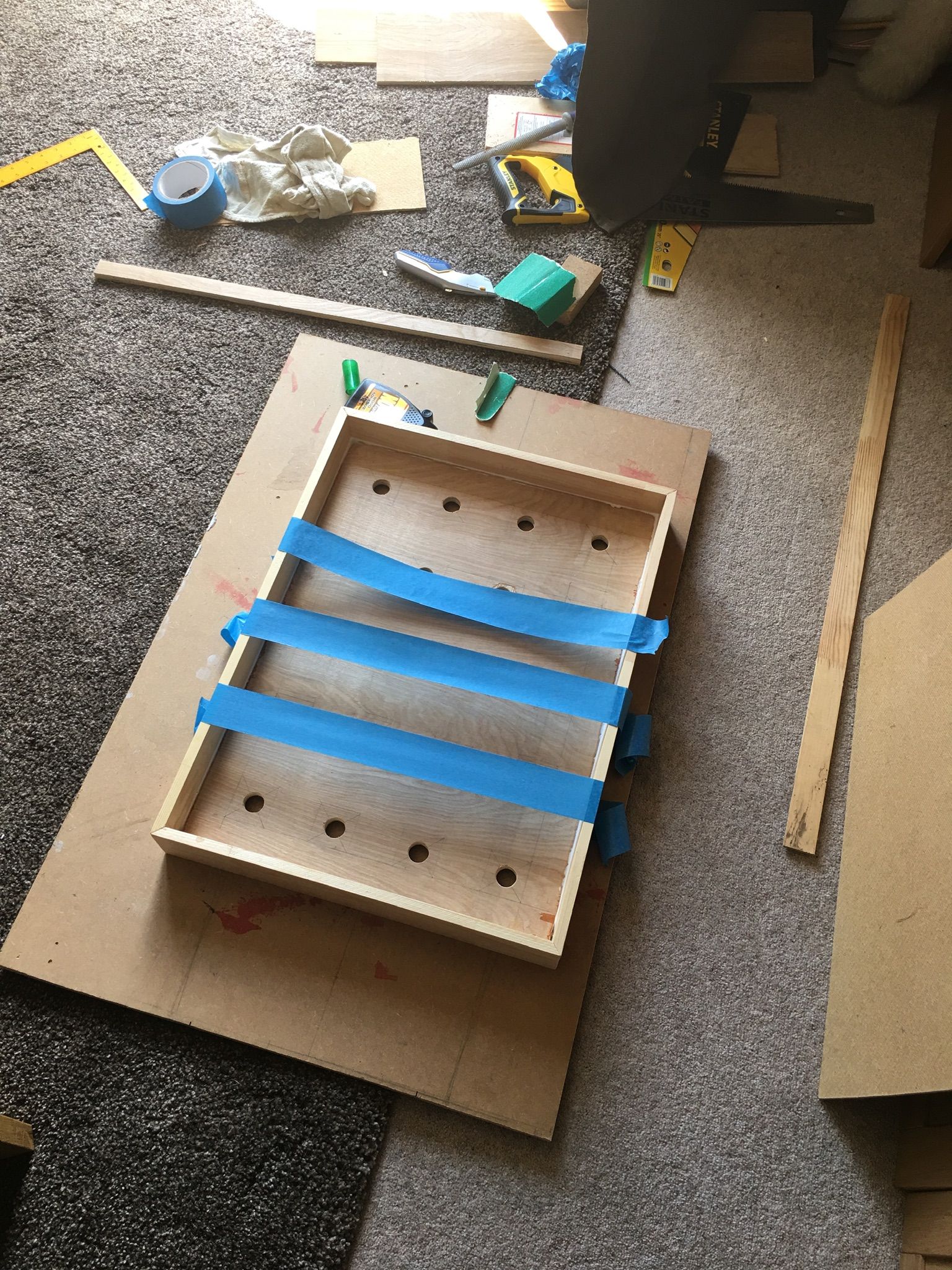 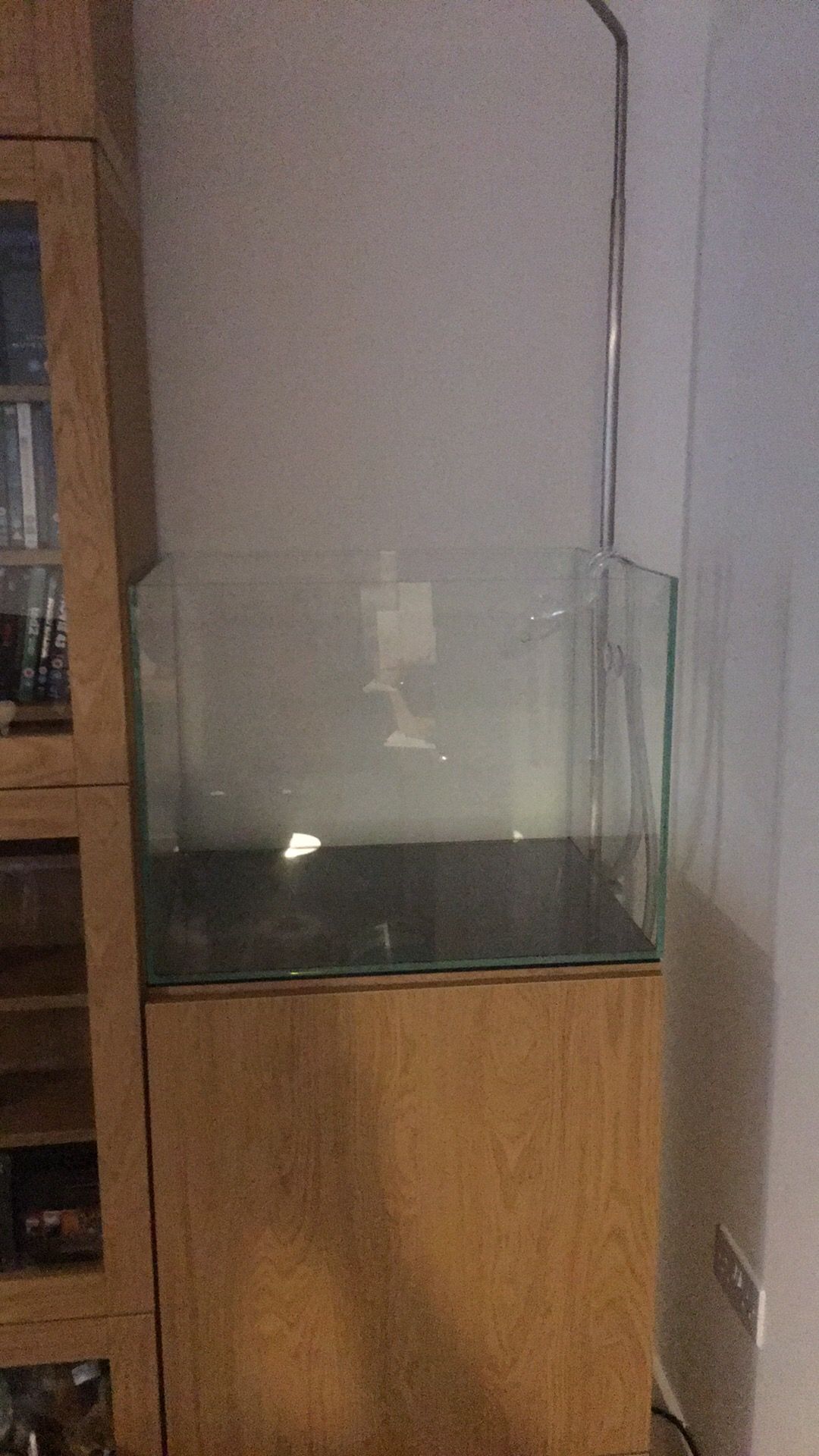 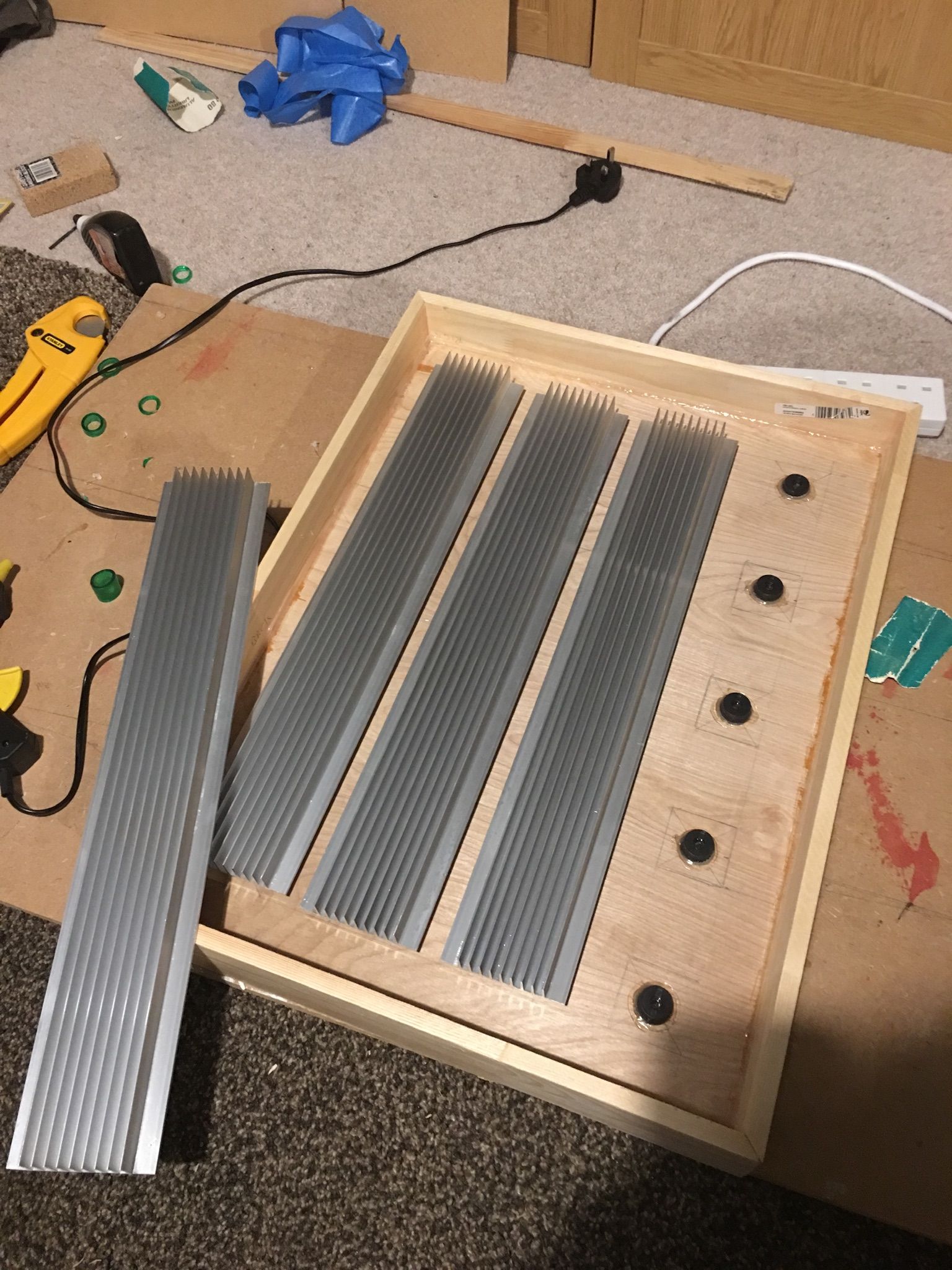 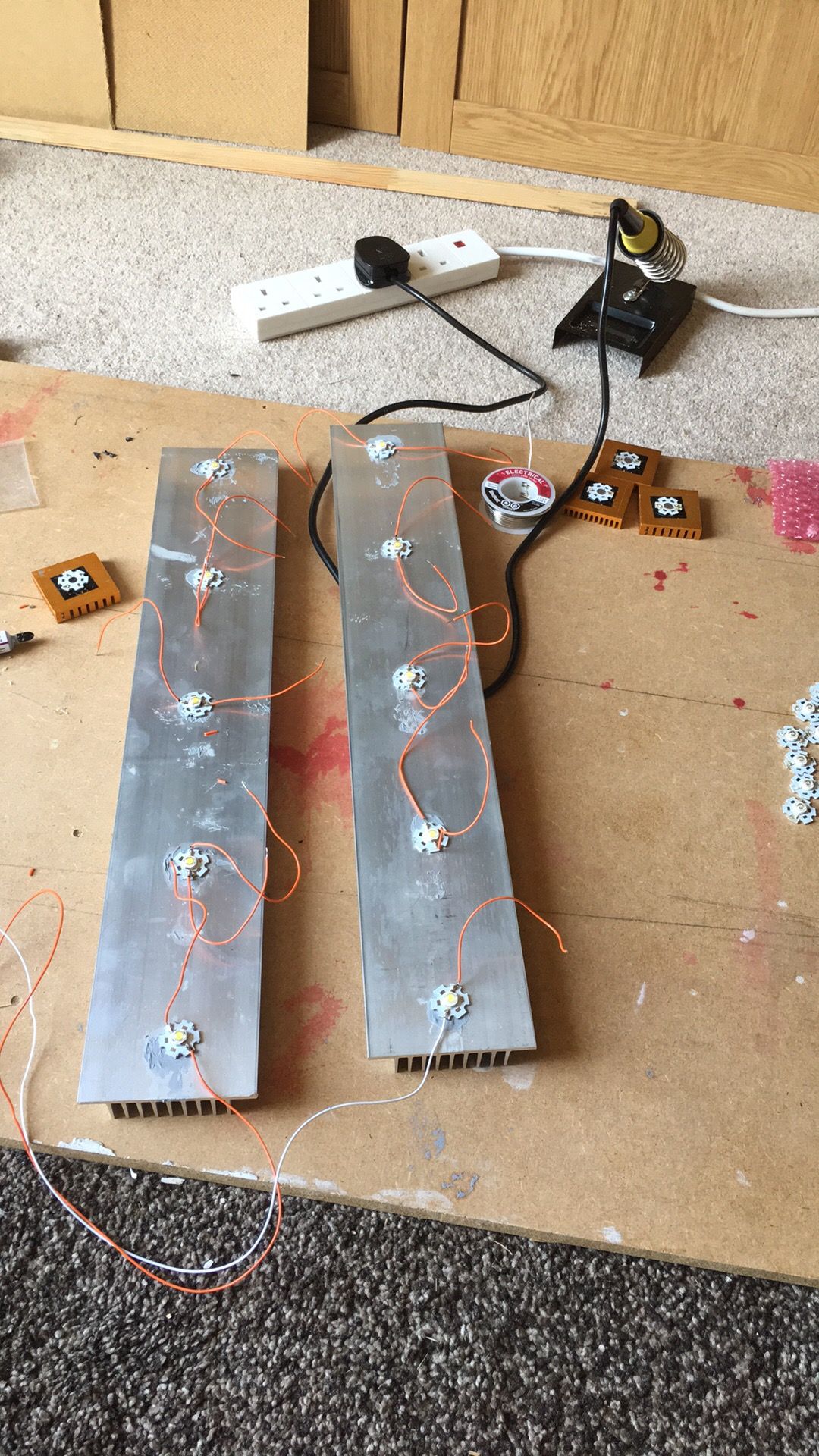 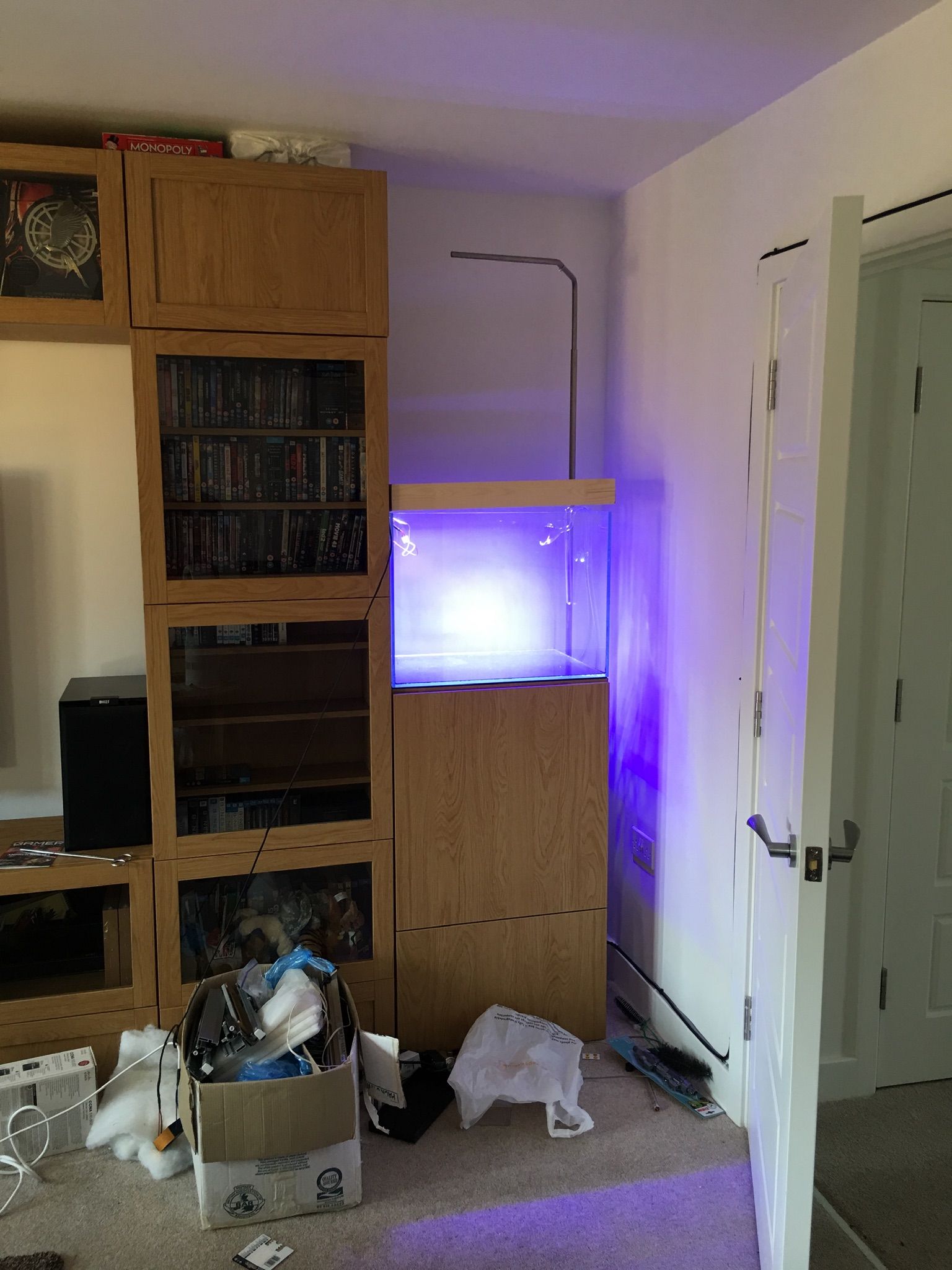 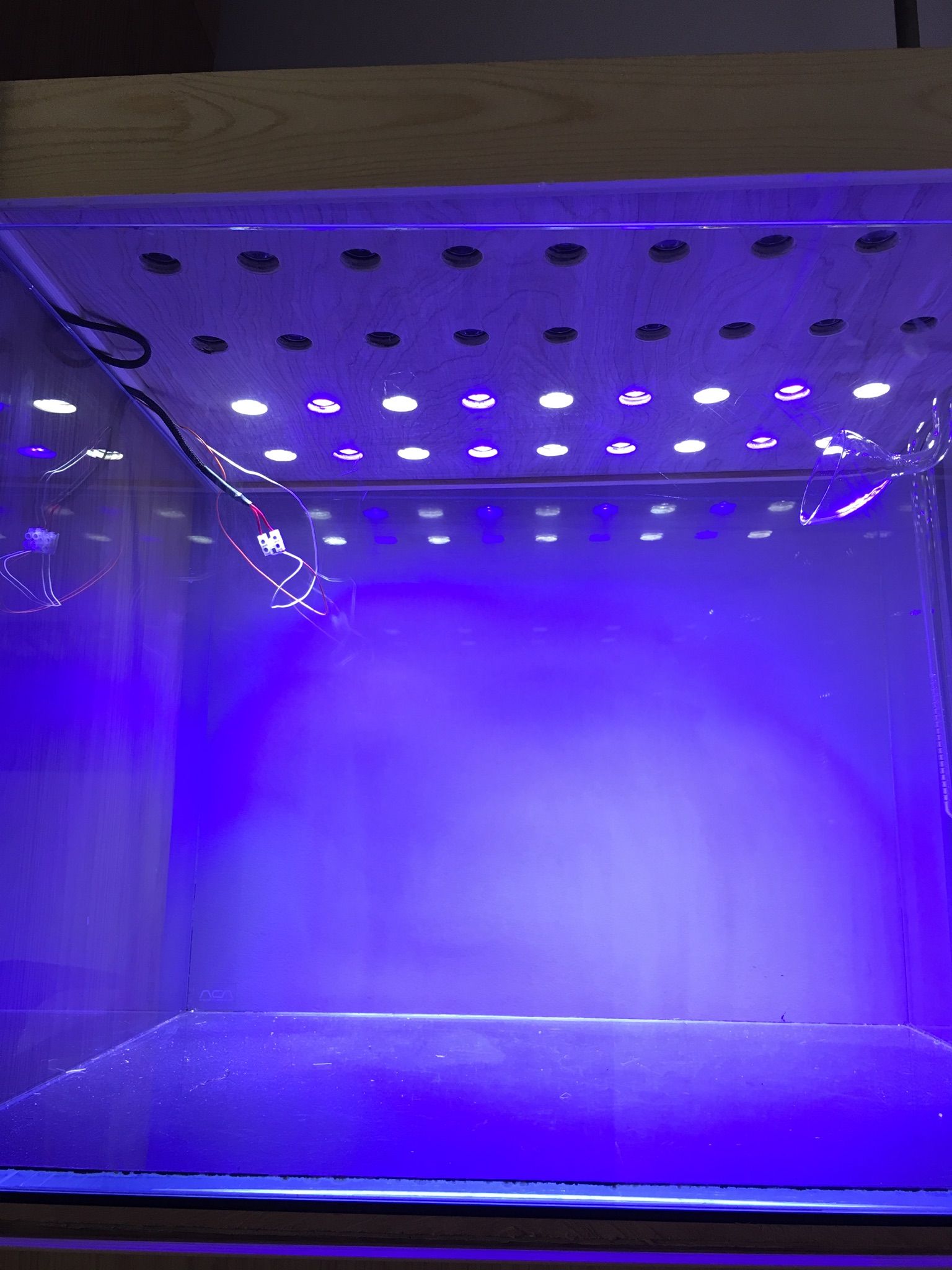 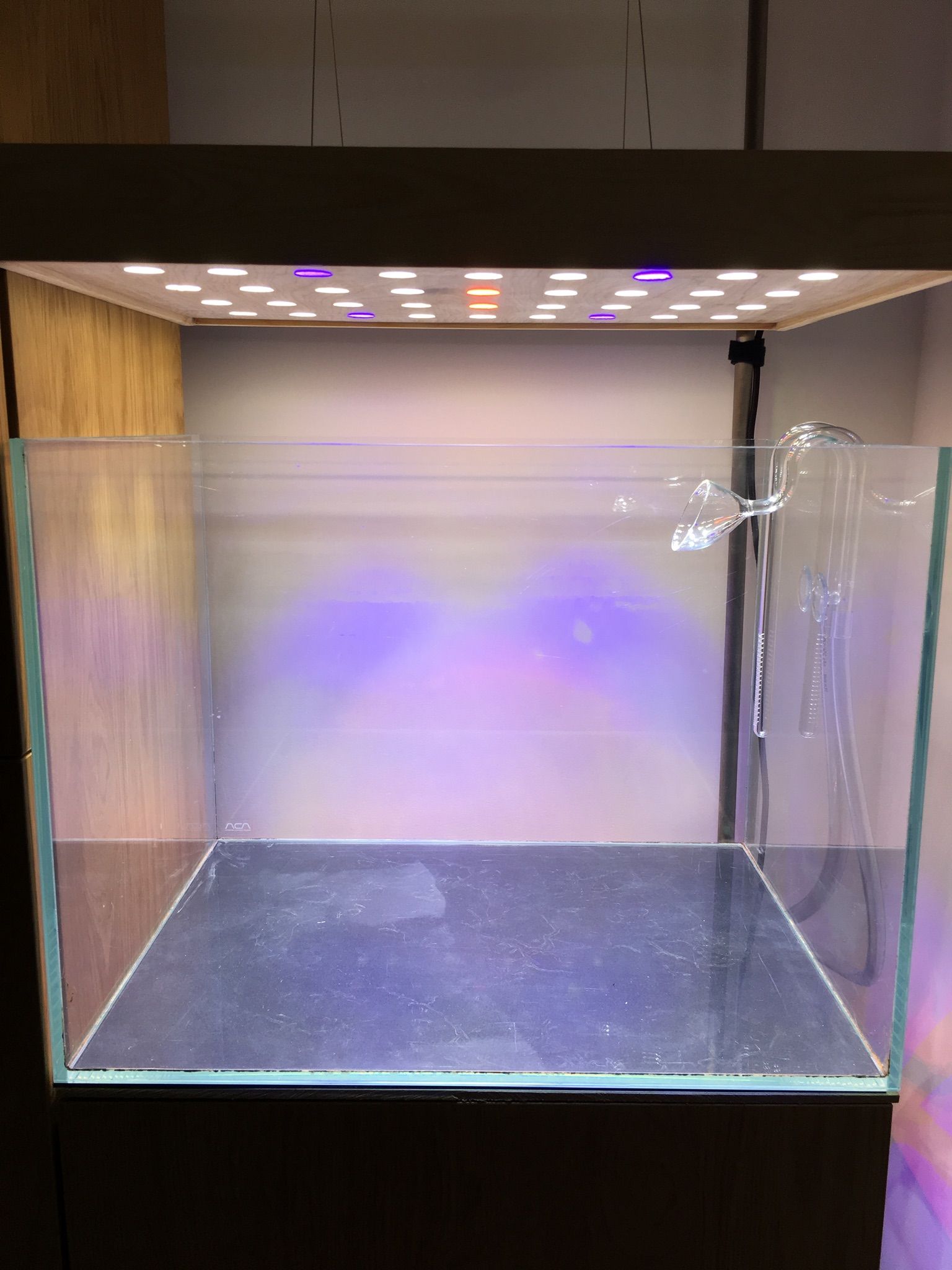 Substrate is ADA Amazonia with some additives underneath including ADA powersand 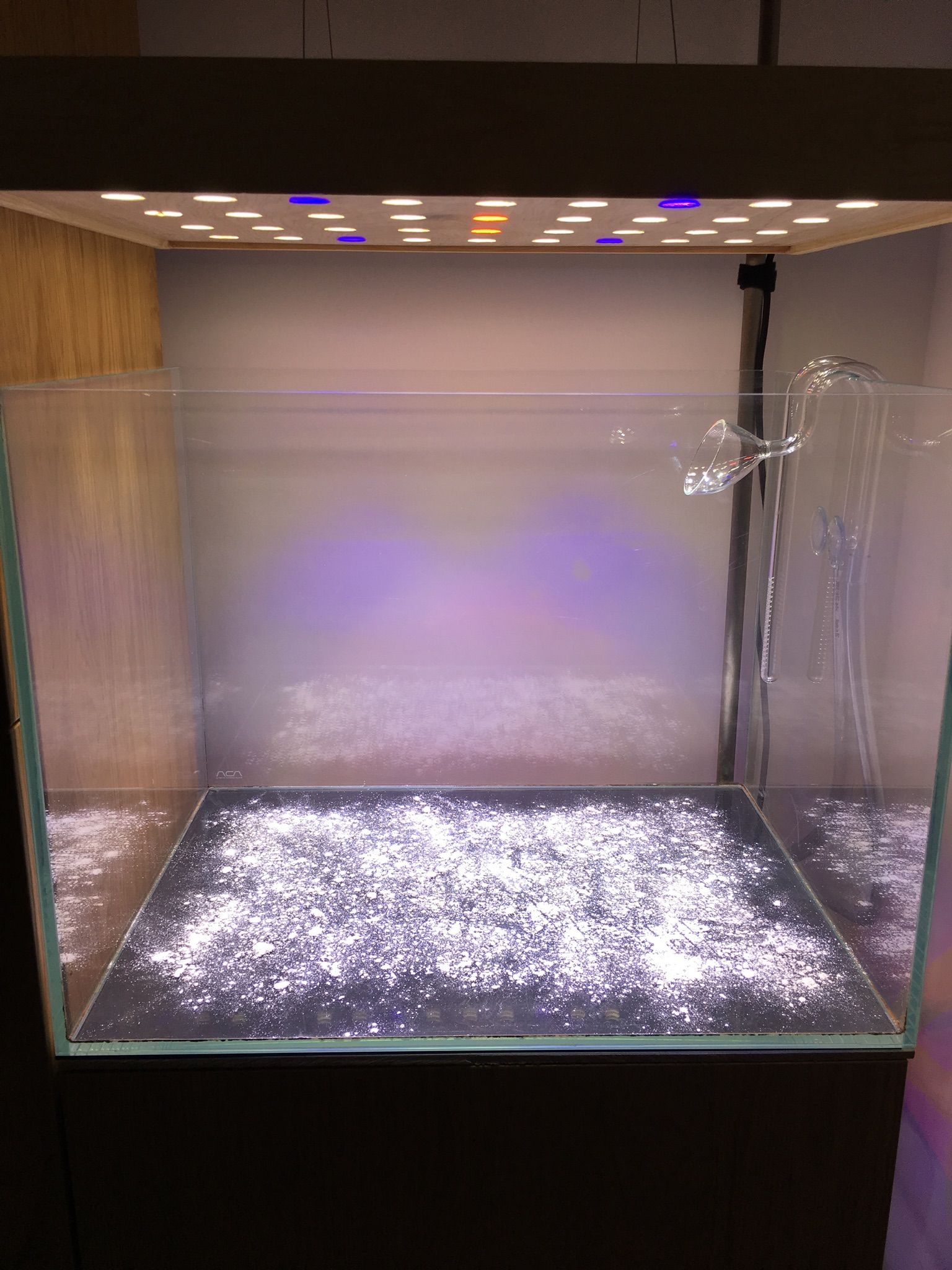 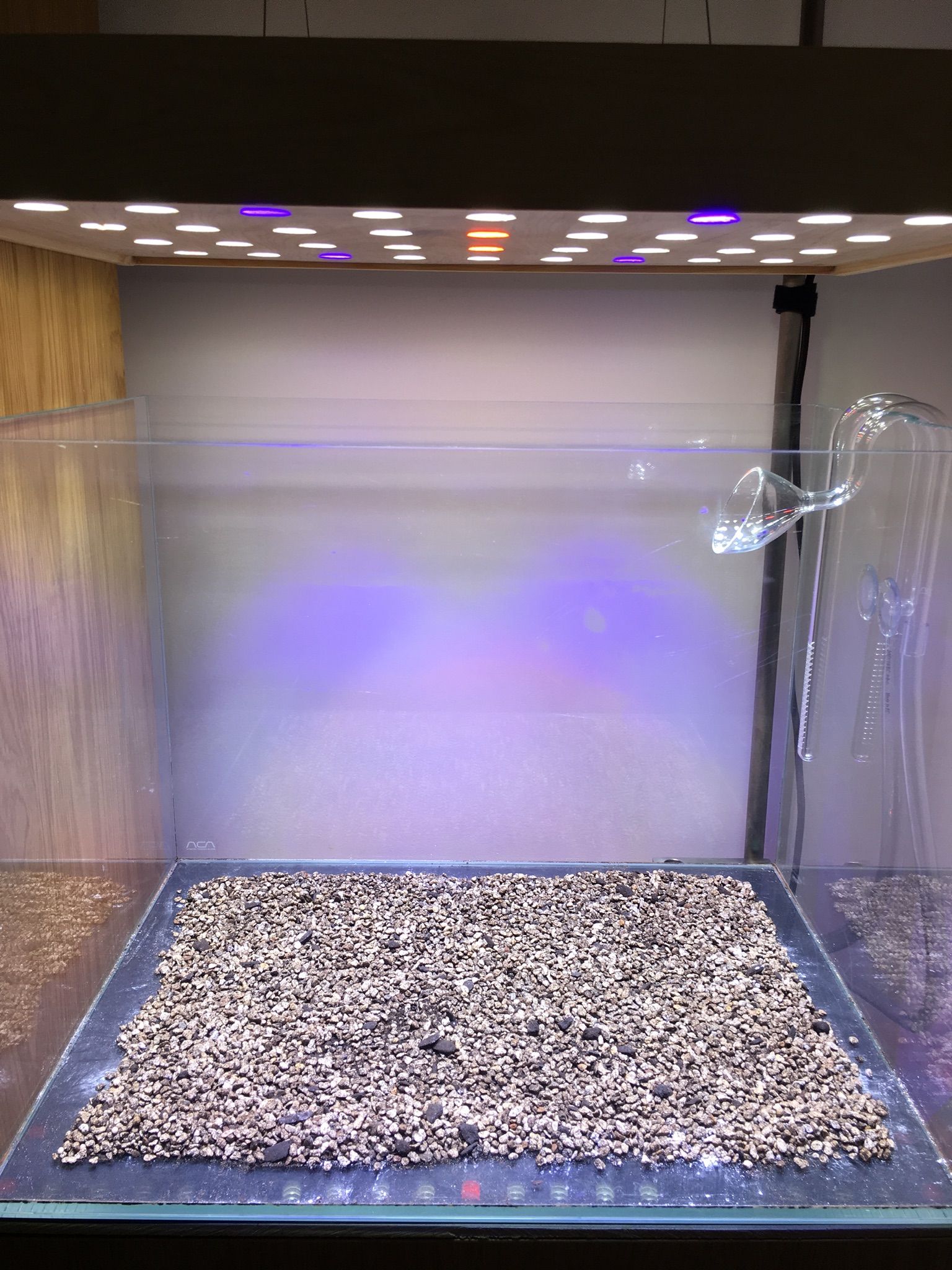 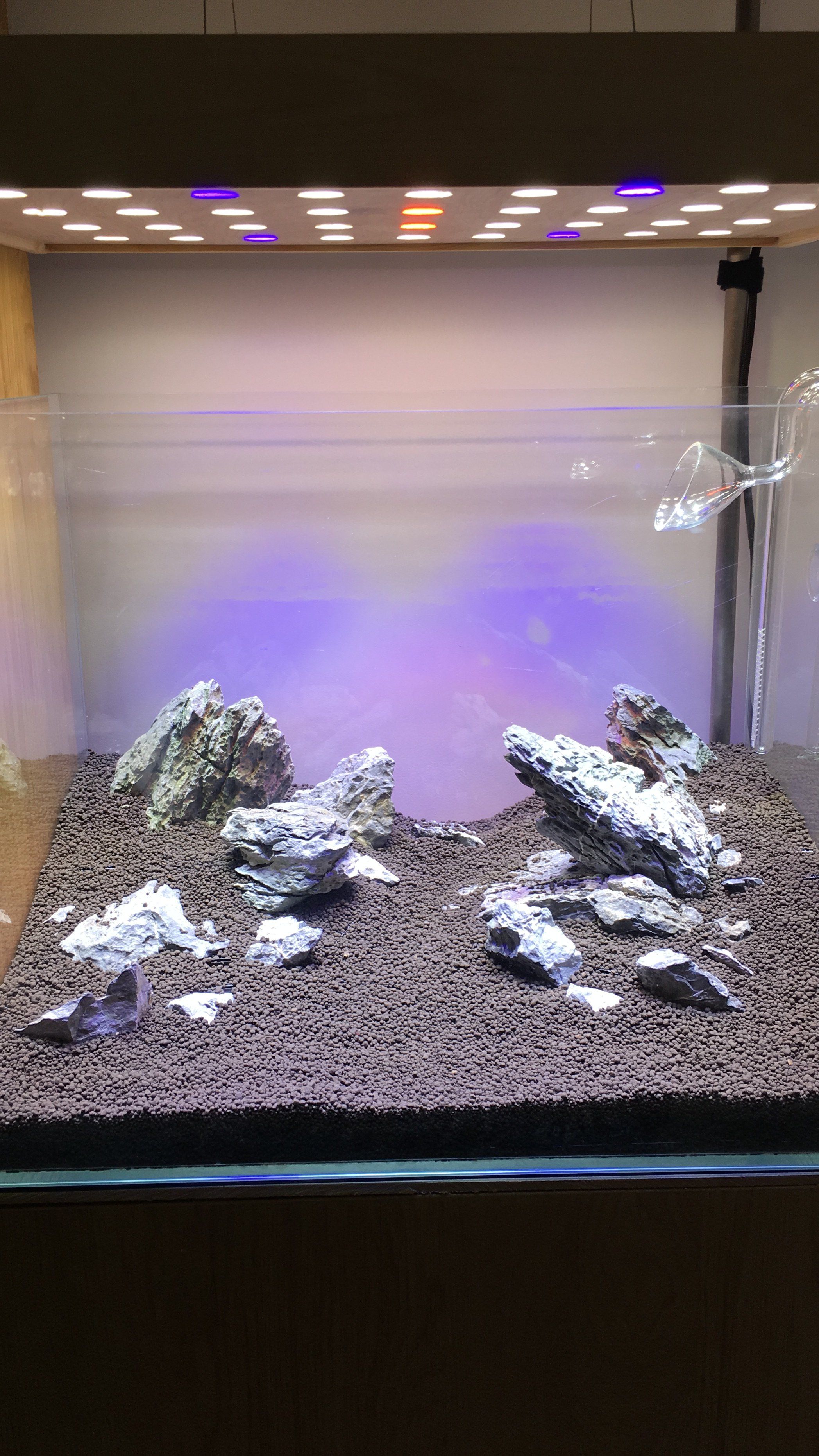 Plants where then planted and tank filled on 30th Dec

I have never been successful in growing both, with my understanding I never had enough light when I tried so with my extreme light levels I will give this a go again 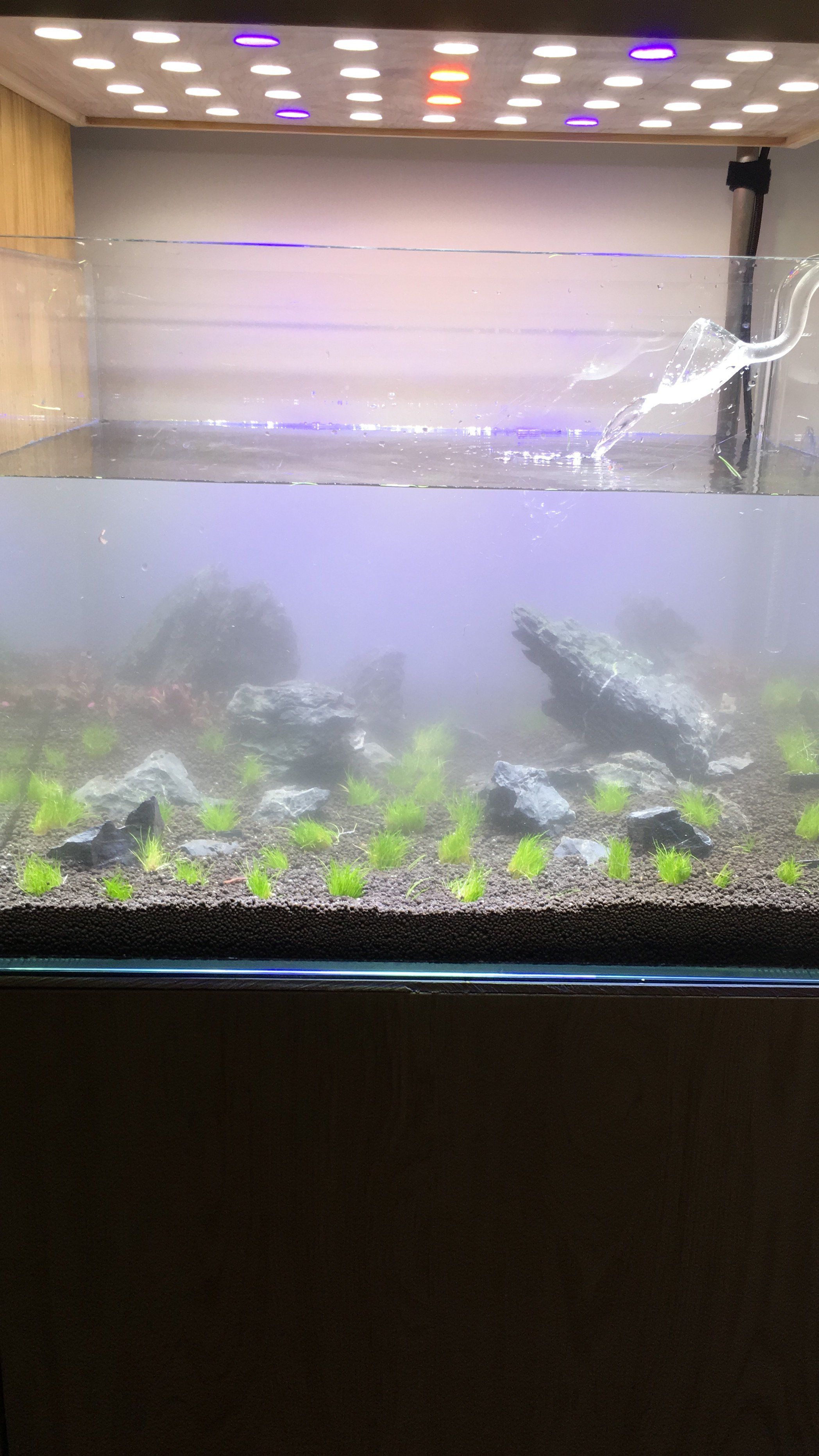 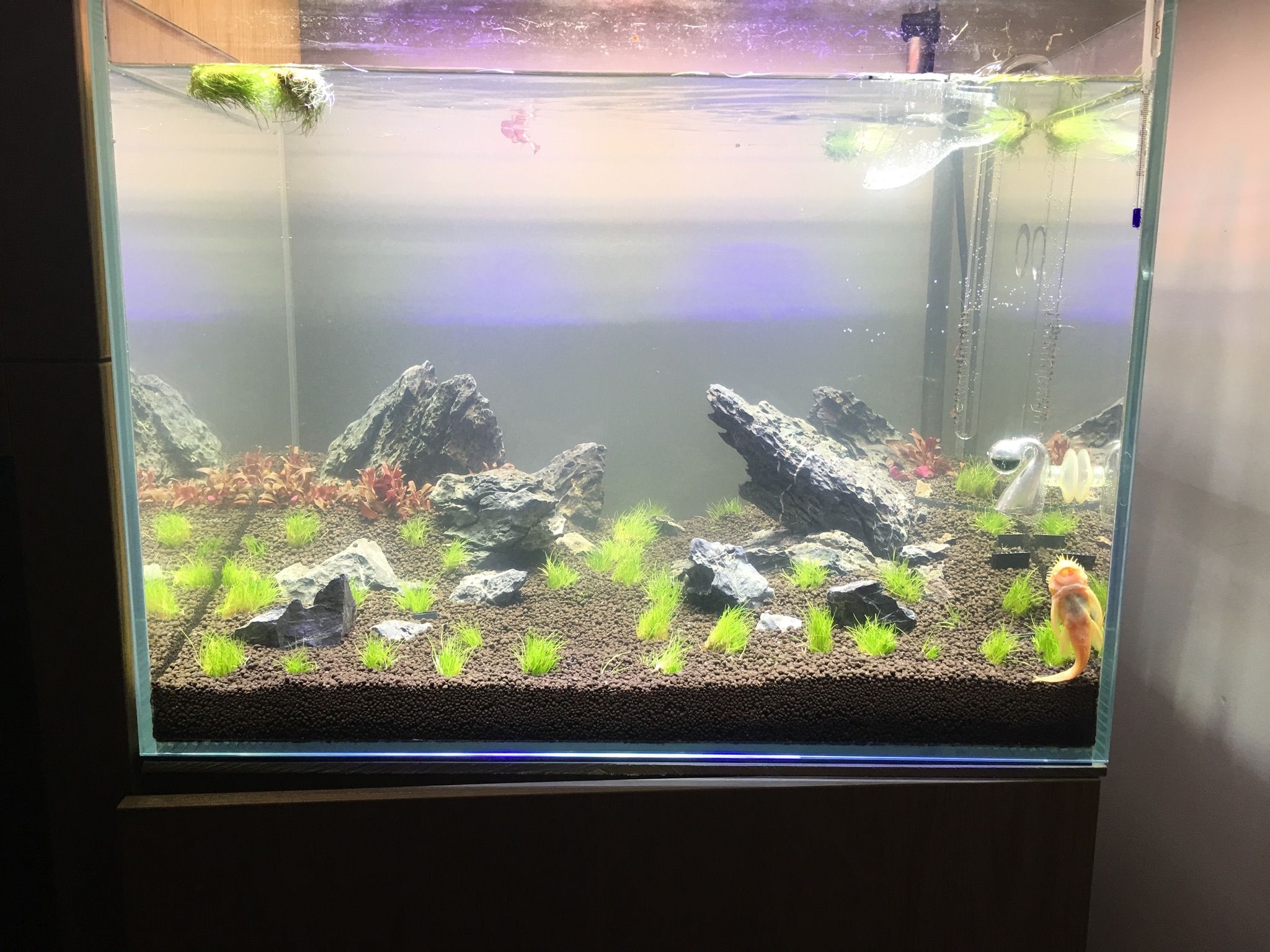 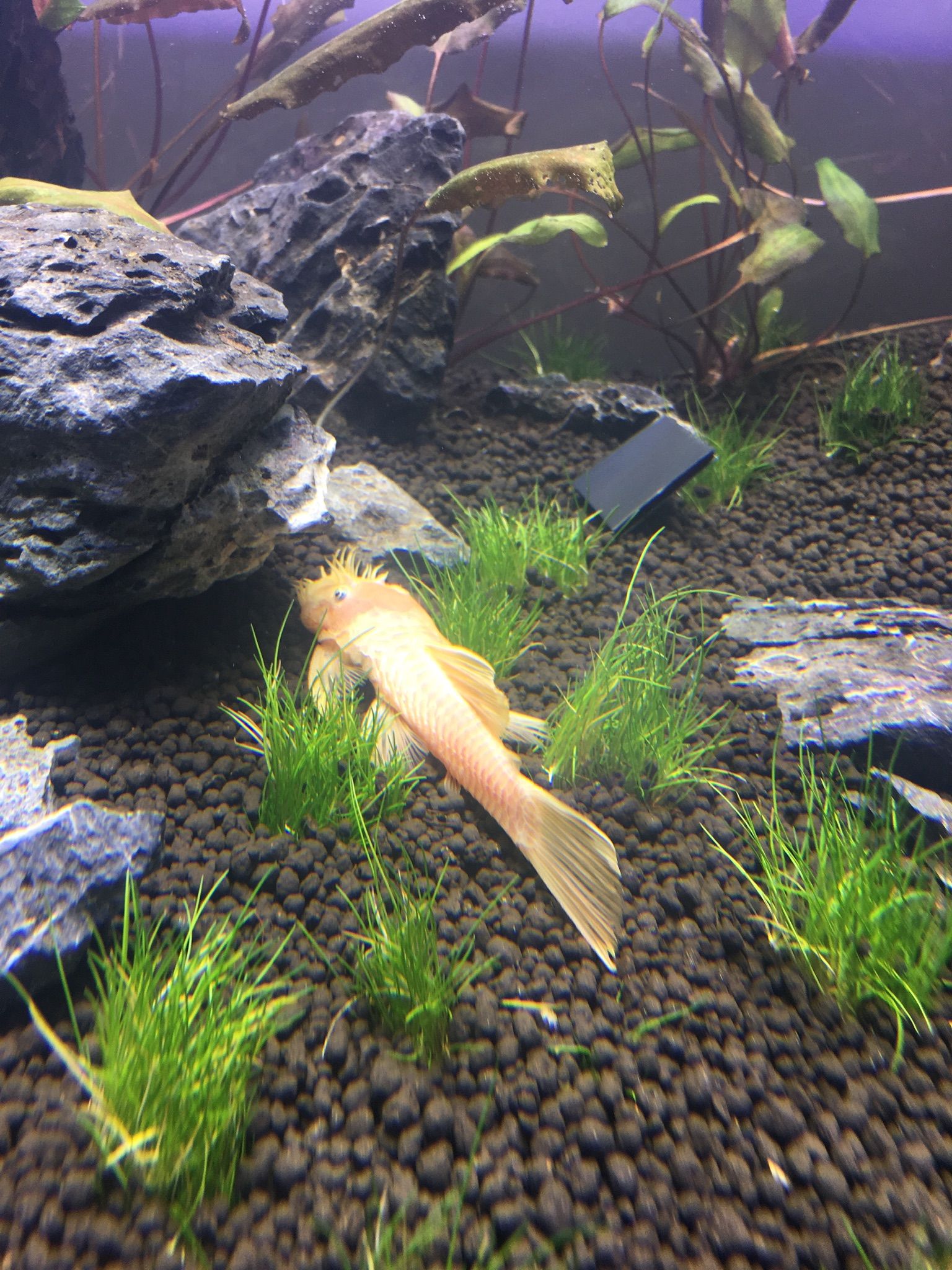 I only have 1 single fish my loving blue eye golden pleco, with my filter seeded from the temp tank he was and colour looking a little pale due to the change in tank

That's looking good Z. Would be good to see how this develops.

I keep thinking about some custom lights for my tank to bring the brightness up but never get past the thought stage! Was it expensive?
OP

to be honest it was expensive because i did a lot of testing and i decided to buy an expensive driver which is the size of a brick from the uk rather than the usual Chinese import ones.

the Heat sinks cost me a fair amount too the old heatsinks I usually use in my previous builds the LED's would burn out after 6 months so i think these will survive longer.
OP

This was the growth after 9 Days 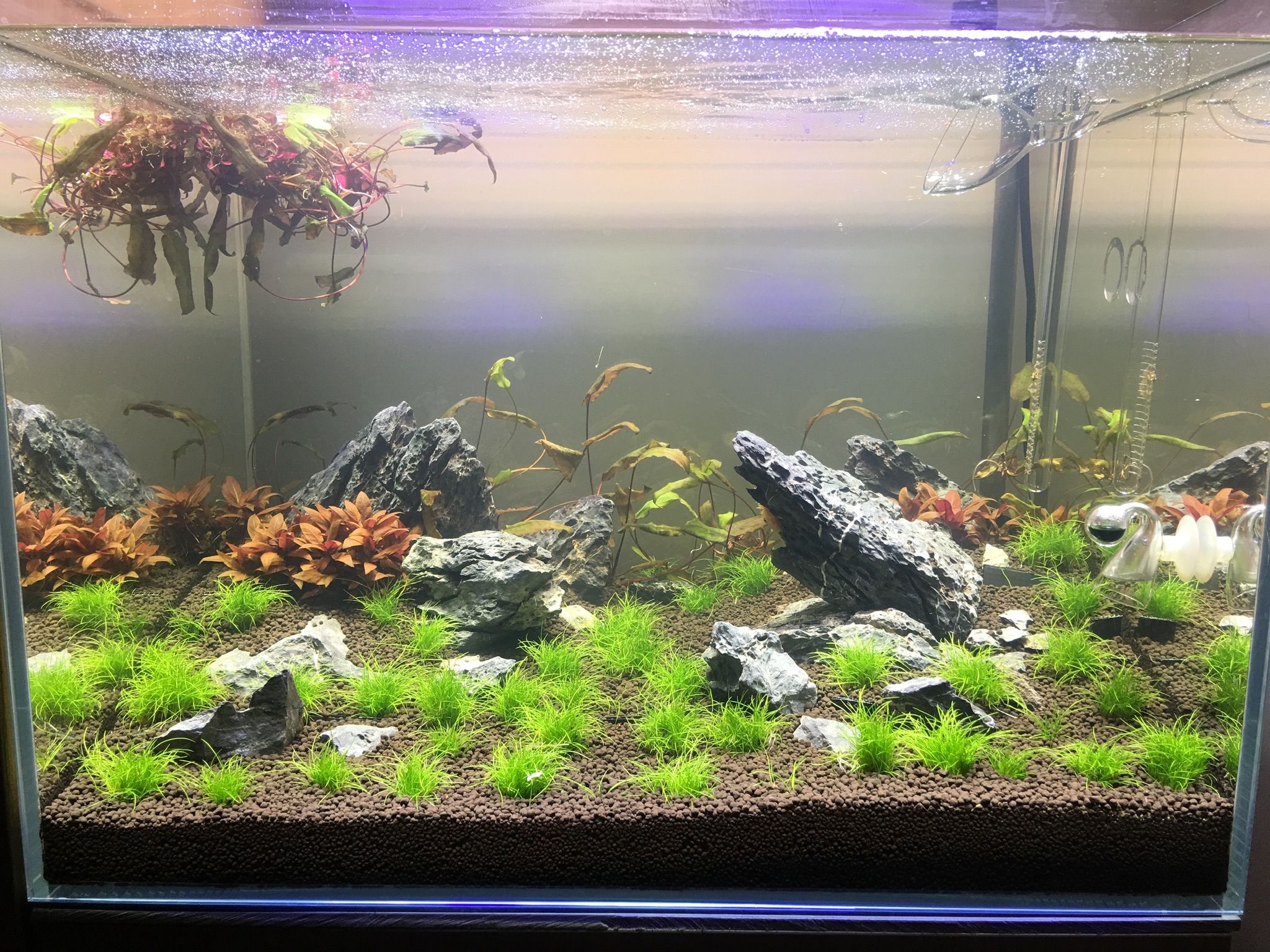 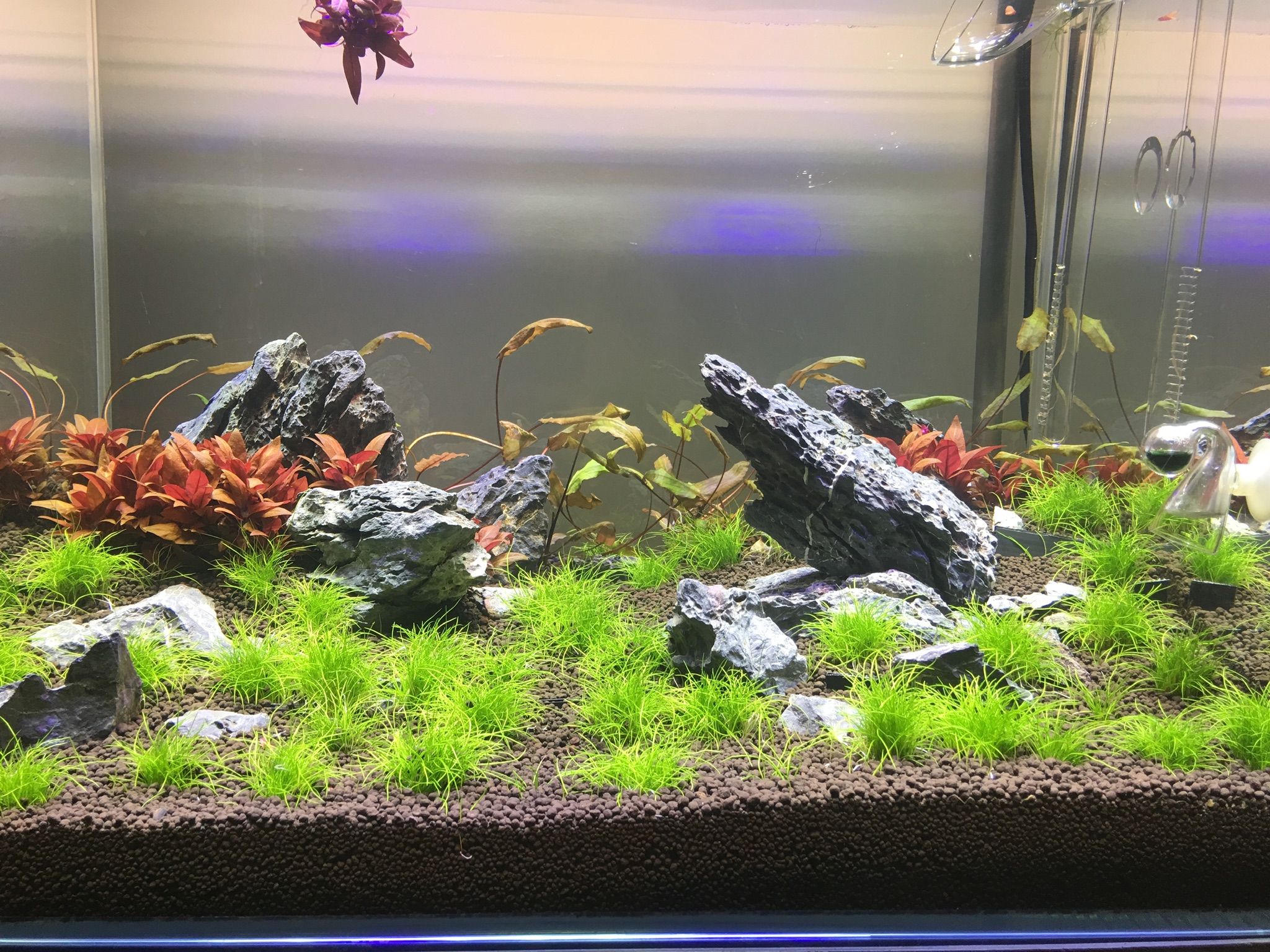 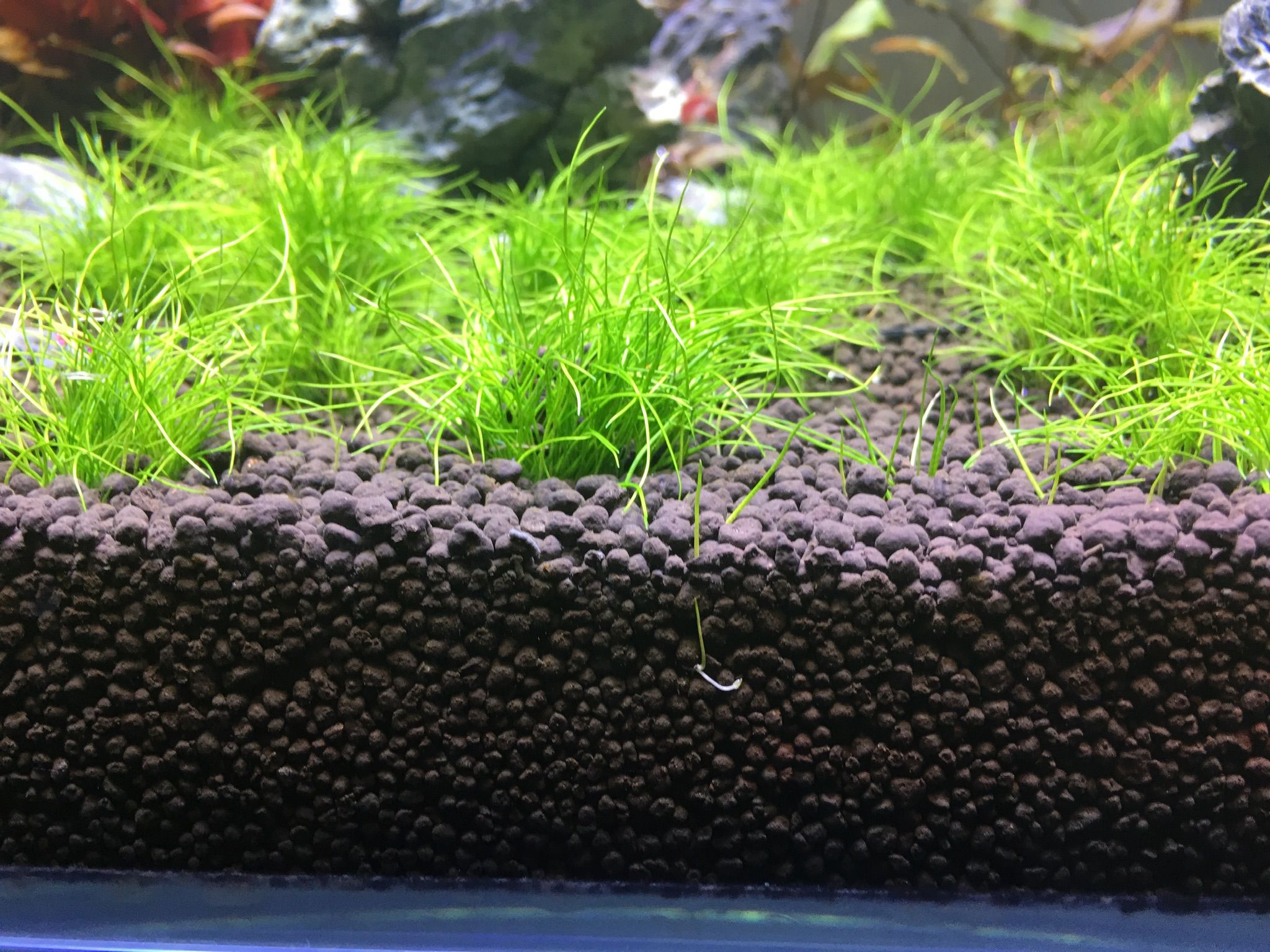 This is the tank after 26 days, a lot of growth and I was not expecting that around of growth is such short time
As with all new tanks I started getting algae, it cleared after a while although the GSA is sticking around I need to think on how to get rid of that

I also think my filter is not powerful enough as surface agitation is low feels really low and some film is appearing over it, not sure what this is from 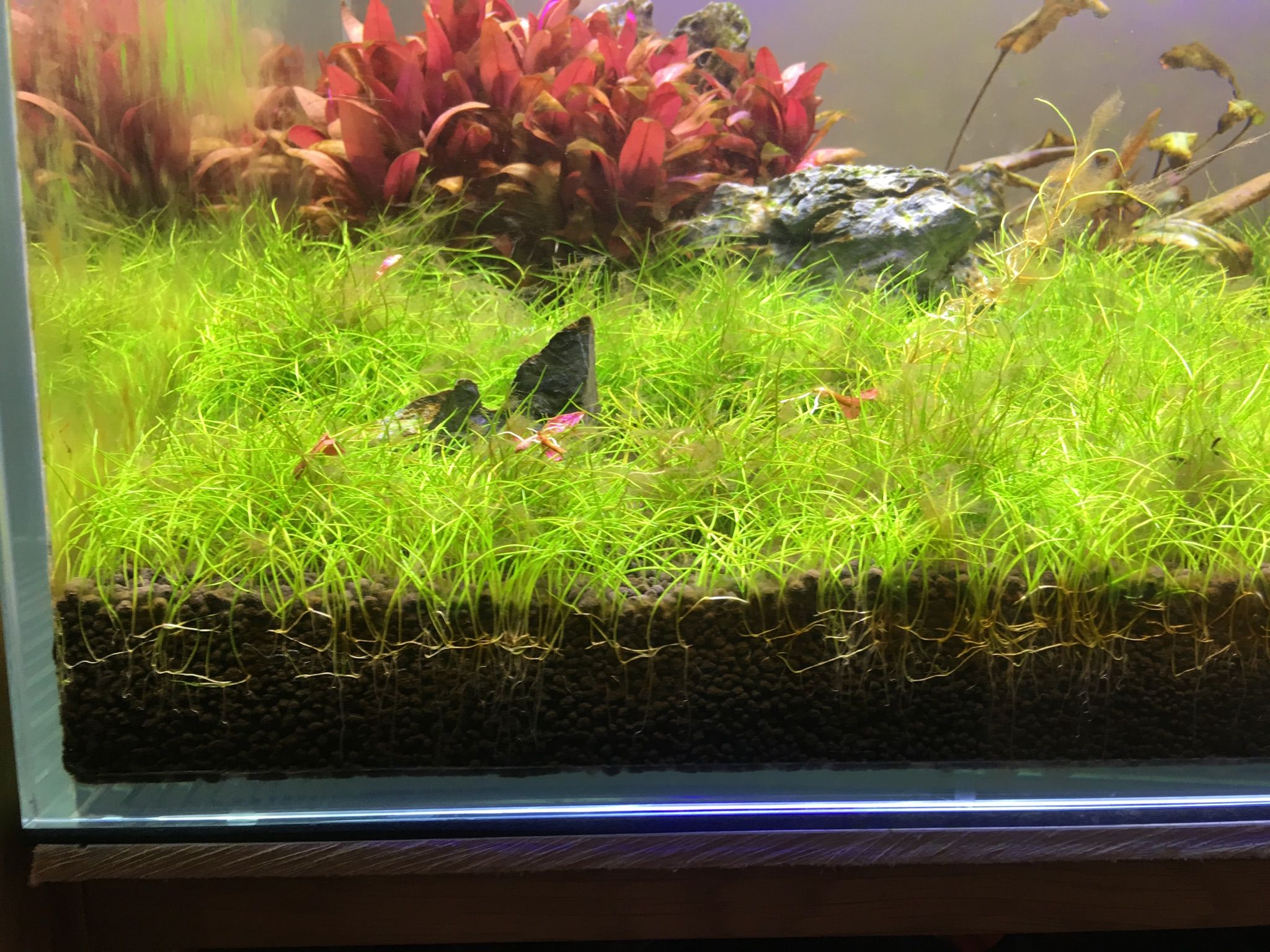 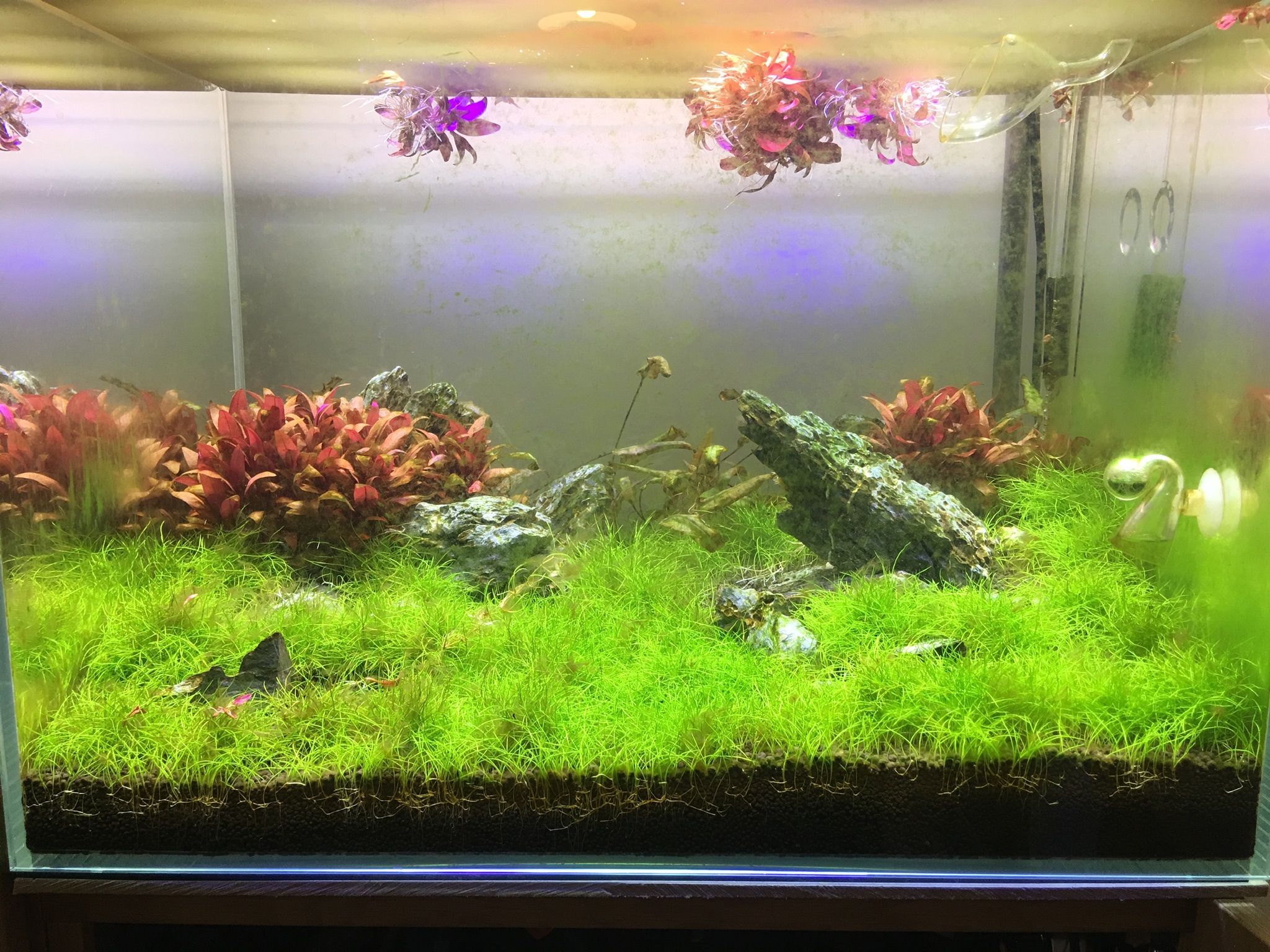 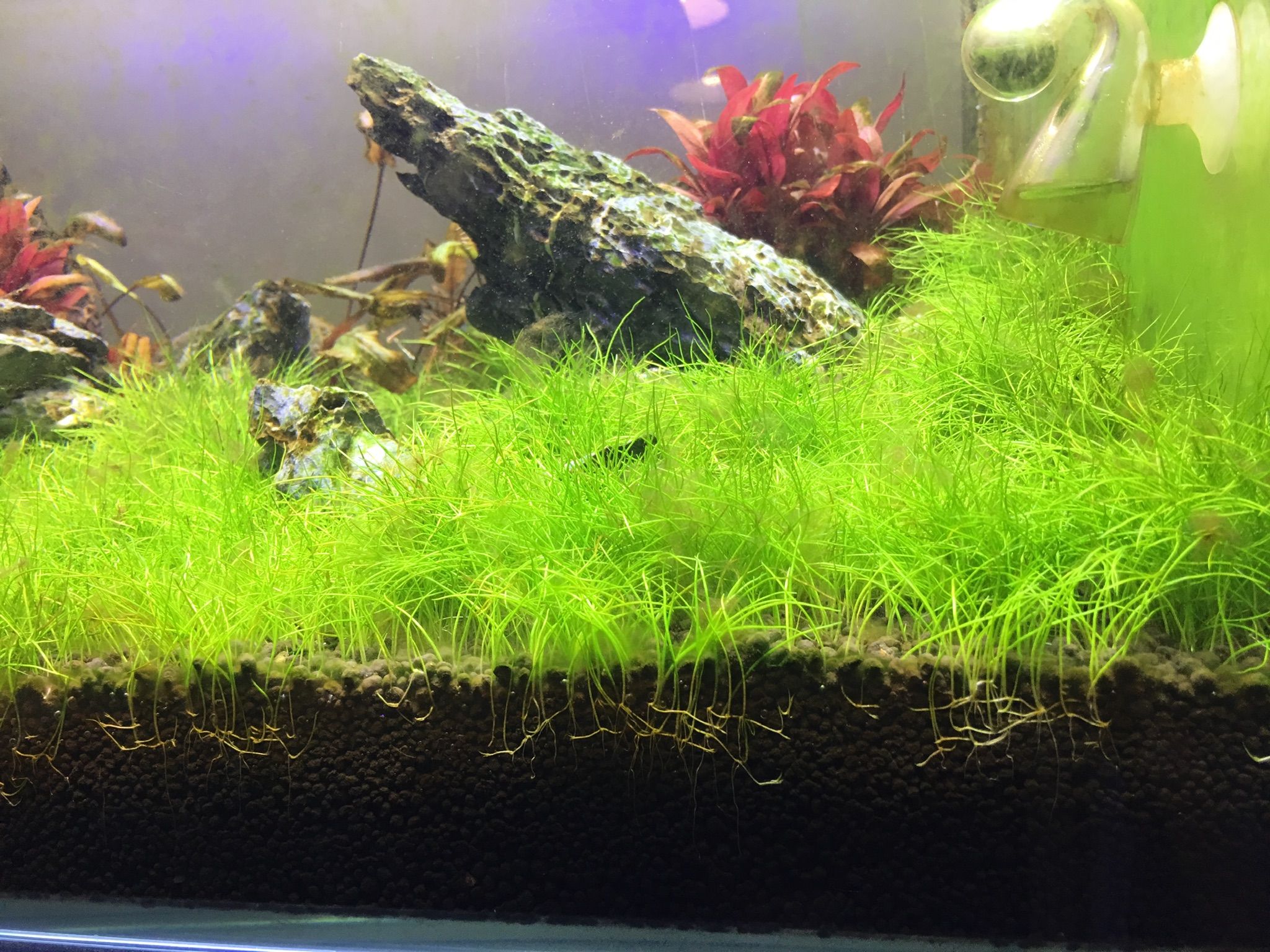 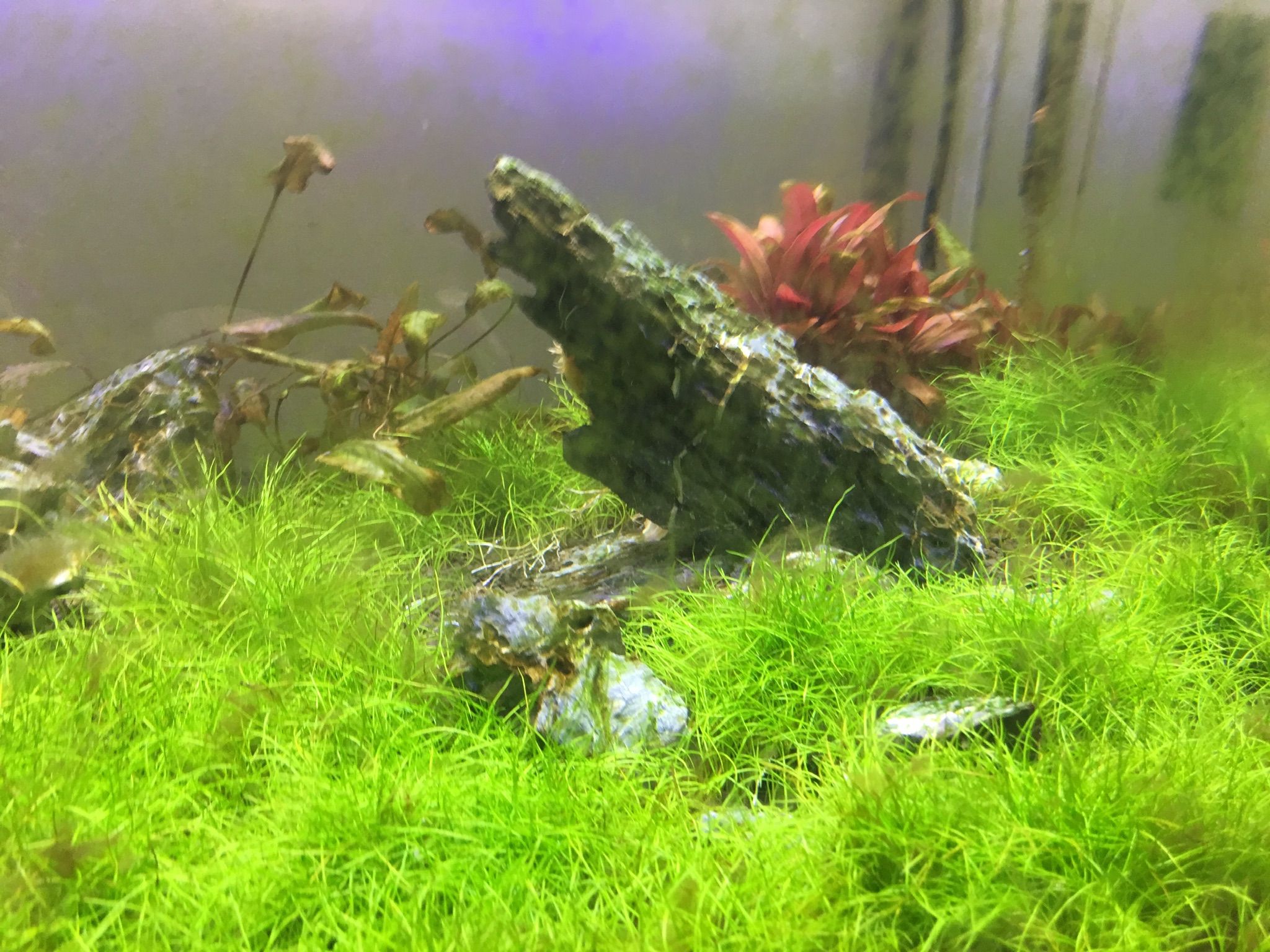 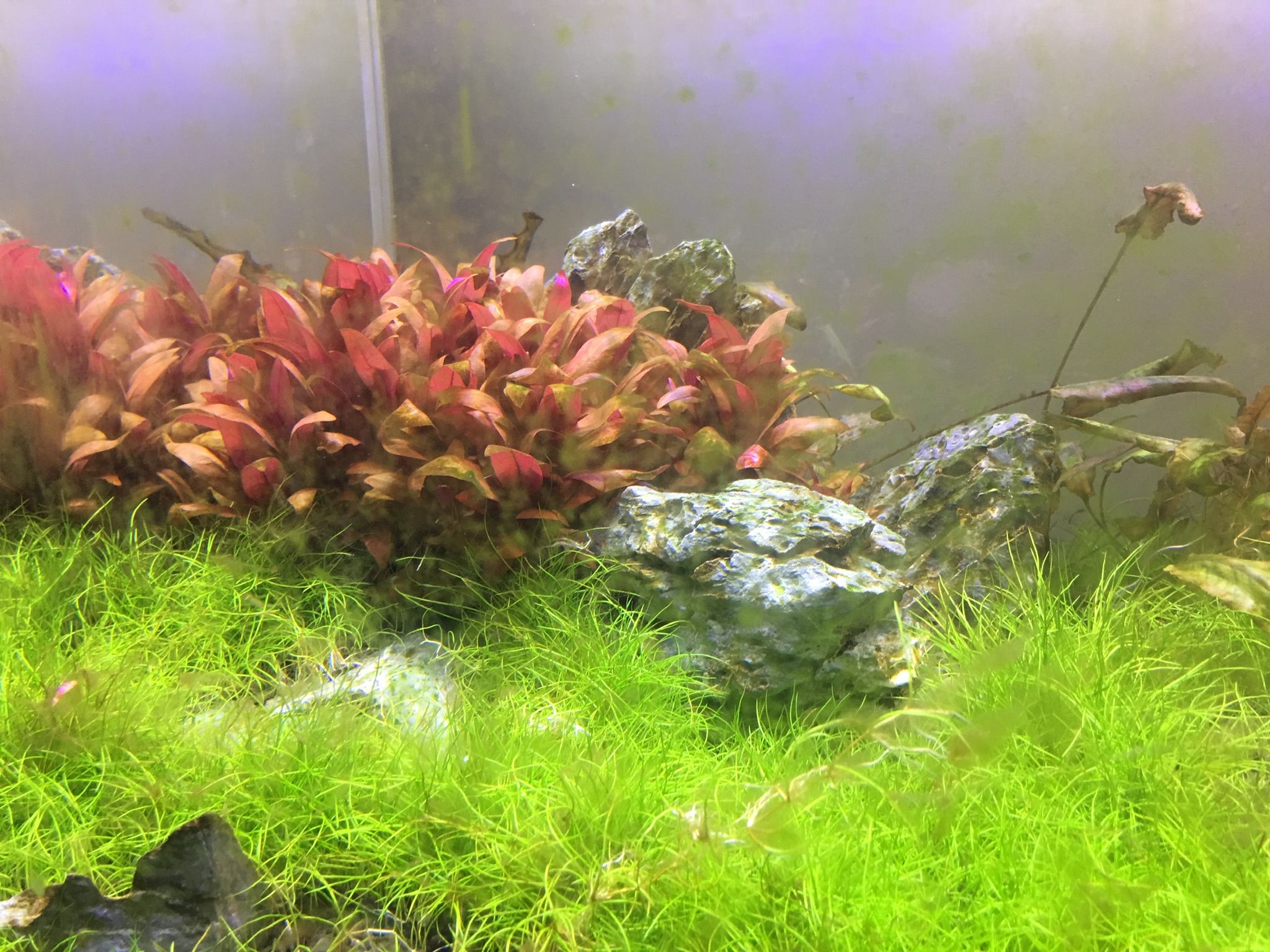 Update 9th /10th February sorry I’m still playing catch up with my updates I did a deep clean and the dhg has fully carpeted the substrate.

I gave the dhg it’s first trim and it growing back well, I also timed the mid ground plants however they don’t look like there doing very well, I have no idea how to look after these and I may replace them soon 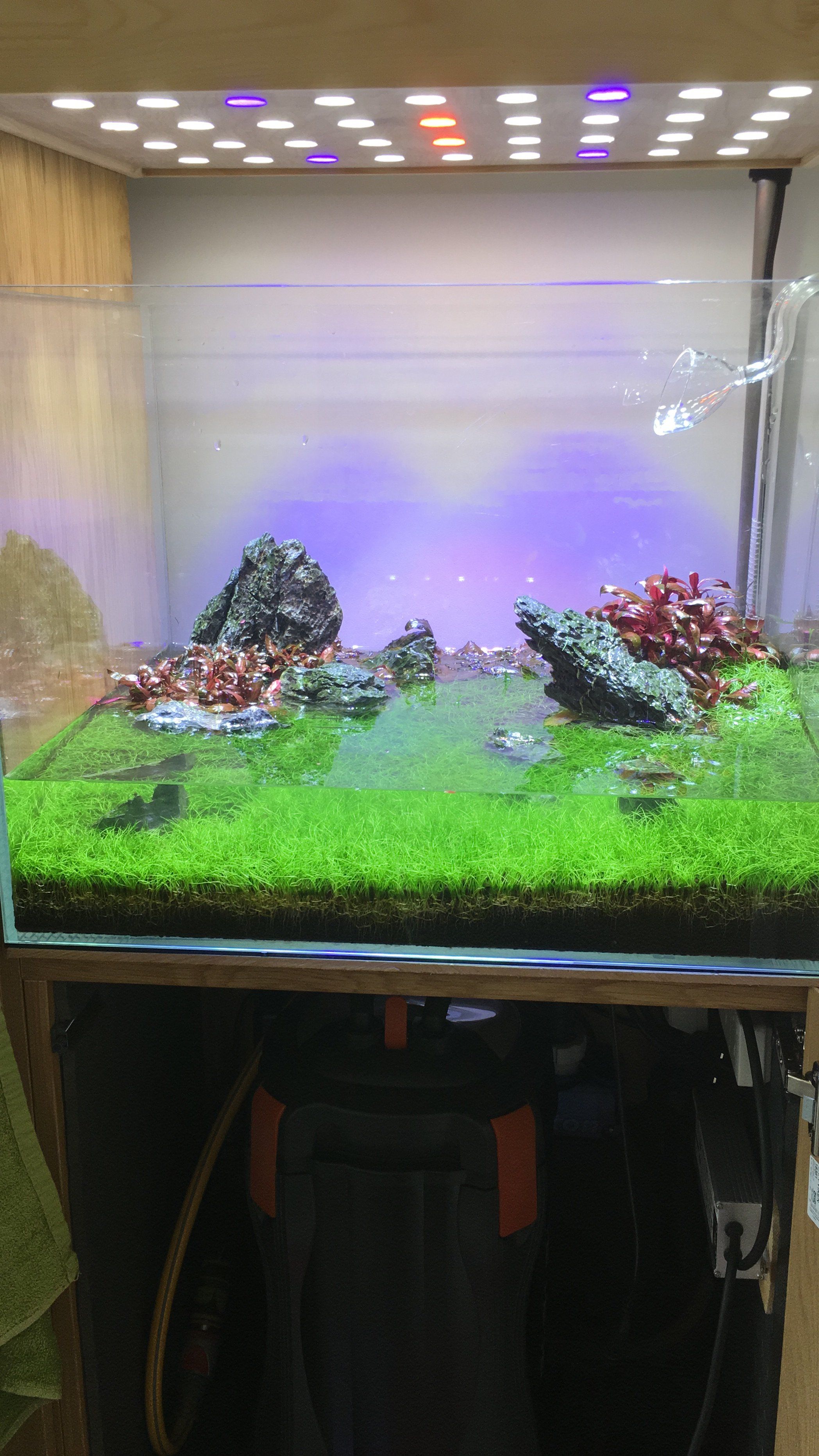 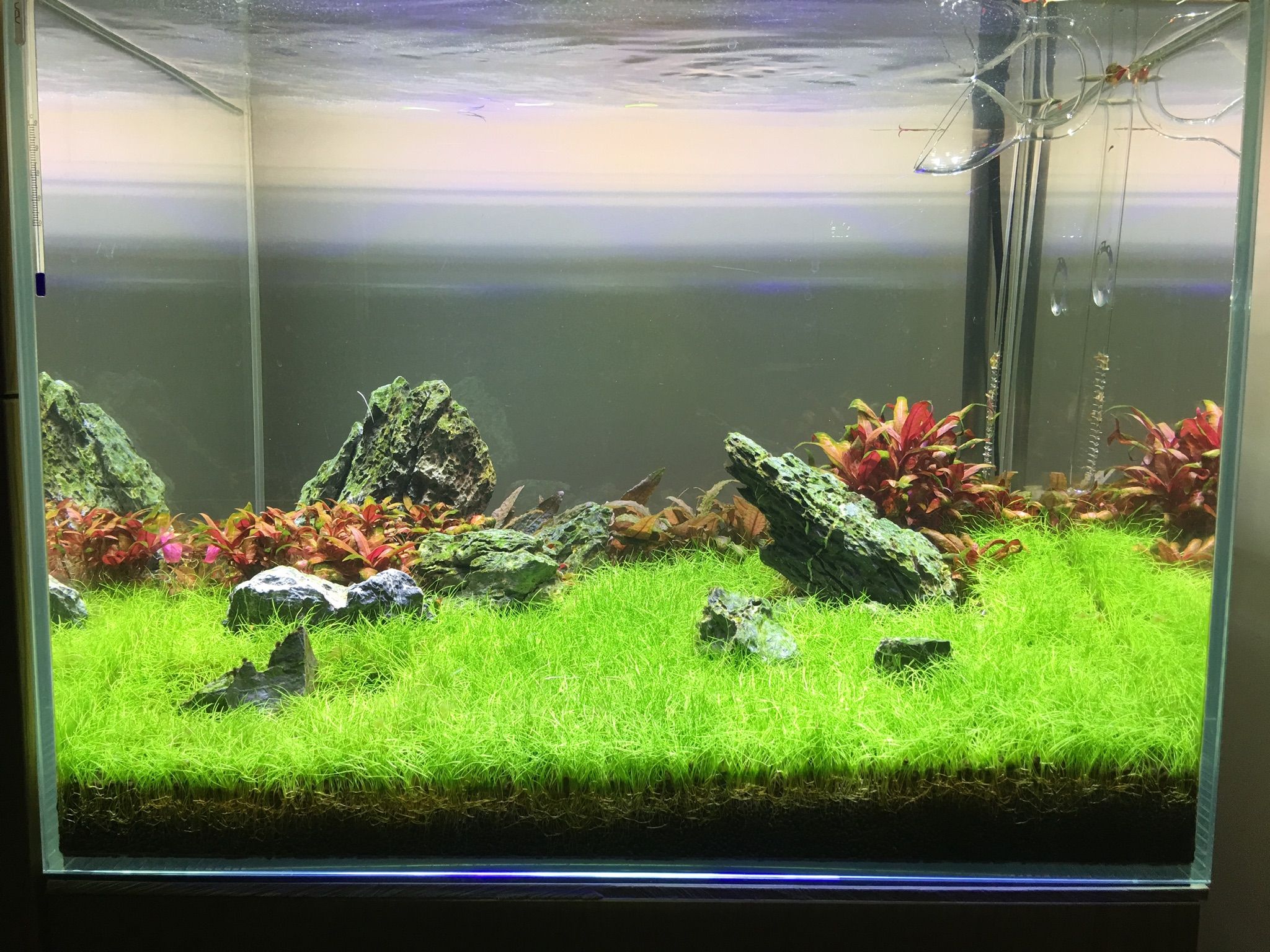 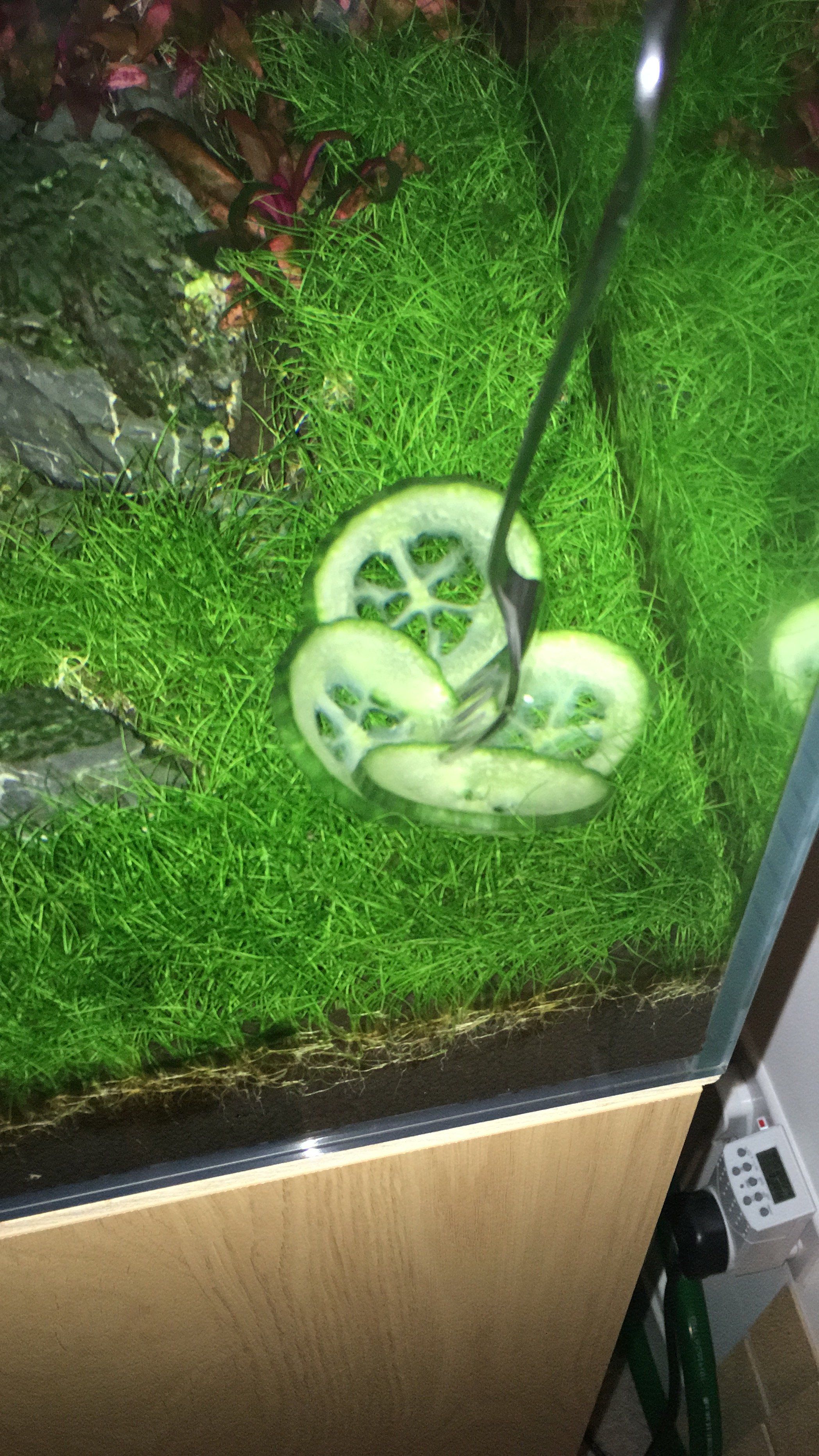 I like how well the dhg is growing. It looks lovely. I can never get it to do much in my tank but then my lighting isn't quite strong enough at the depth of my substrate, hence my thoughts on new lighting...
OP

Yea I don’t know if you remember my old setups when I tried dhg, with both my 330l and 80l tanks both failed, similar setups and same led lights the only difference is I have led crammed into the space so I can only presume enough light is penetrating down to the surface for it to grow

Update for today, 54 days since planting (8 weeks) I decided to change a few things, I used the rest of my soil at the back to raise it up slightly since this had settled slightly, I did not like how the red plants where growing since I trimmed them but my crypts WOW what a transformation, because of my old setup with low lighting the crypts grew tall very tall, now with my high light setup they are growing low and bushy so I moved them to the front there roots had already taken hold some over 10cm in length I’m impressed in just 8 weeks

I raised the rocks at the front and back so they sit above the DHG slightly and not sunken trimmed the dhg and game the sides a clean.

Zikofski said:
Yea I don’t know if you remember my old setups when I tried dhg, with both my 330l and 80l tanks both failed, similar setups and same led lights the only difference is I have led crammed into the space so I can only presume enough light is penetrating down to the surface for it to grow

If you like I can link the exact parts I used excluding the wood frame to give you an idea of pricing
Click to expand...

Yeah you've had quite a few nice looking tanks before. Your journal posts are always informative as well. If you can list what you got that would be great. I'm seriously considering doing something like this with my tank.
OP

Used a more expensive 2 part epoxy thermal adhesive and a good one because I've had issue with LED's burning out in the past, its the same reason I went for a very large heat-sink as well.

Bought more LED and lens than i needed for spares and potential screw ups that i made.

I think i ended up using 30 deg Lenses on the White LED's to keep the footprint low as i have a large amount of LED's used larger 60 or 90 deg lenses on blue and 100 deg on red as red needs to be the least strongest I kinda bought a bunch of sizes all around £3.99 each for a pack of 20 and tested them out on at the height i wanted, to ensure the cone reaching the substrate levels was enough.

Total Price of the parts i used = £248.96 (excluding suspension and housing) most expensive was the Heat-sink's you can get smaller ones far cheaper on eBay same with most of this stuff but I've not had good experience with electronic stuff bought from eBay

hope this helps in anyway and in my eyes the money was well worth the results I am having.
Bare in mind I have beyond high light levels this is extreme light levels to the point where light is not a limiting factor for plant growth I have 3W per gallon of white Light LED if only I had an expensive light meter to test all light parameters

Thanks Z. Definitely gives me some food for thought. I quite like the idea of having some extra blues to give a moonlight effect but that will need extra planning. Might push the price up too much though.

My setup is complicated as I have a lid and would need it to fit under that or at least replace it. There's about 4 inches to play with though.

I think in the past I've been put off getting things from Ebay as I'm never quite sure where they're coming from and whether they're manufactured properly.
OP

Exactly that I think the products are questionable especially the LED’s and the Drivers however one of my drivers in the custom tank cabinet with the 88L tank has worked solid since I installed it altho compared to this tank it’s low light levels so less heat, and the number of LED’s are less meaning the drivers are not pushed as hard calculating how much W you need is key that’s what I did and found this driver that supported my target W with some + or - to spare

A little update, some how and I have no idea how I have a snail issue.. now the plants I got from AquaEssentials are grown dry in jelly so where these snails have come from beats me

Can snail eggs stay dormant on dry rocks or in substrate or maybe it come in through my water supply I very much doubt the last one but the snail population I noticed a few weeks ago and this has exploded to the point I need to hover them out daily to prevent the filter from being clogged.

I have never been able to keep them longer that a few days. I hope they are alive still I know they like to stay hidden and that’s how they hunt il just leave them in there for now

But tank is where I want it now and I’m confident it’s 100% cycled and nitrates are in check to the point I need to now do water changes without my Nitrate filter to add Nitrates into the tank for the plants so I will be going fish shopping this weekend I have chosen green neon tetras they seem suitable and I loved how they school together when in the shop. 30 should do it in a single species

I have also bought a Mosquito net to cover the tank and prevent any jumpers lost far to many fish in the past to them jumping out when I’m not home.
You must log in or register to reply here.
Share:
Facebook Reddit Pinterest Tumblr WhatsApp Email Link

A
Something wrong with my rainbow shark