I am a lifelong avid fisherman who is kind of a new fish keeper. Had to take care of my sister's HUGE comet goldfish (we named her Fatty), a severum, and some of those glowing tetras like 3-4 years ago because her work place didn't have any more time to care for them. She brought them home since she felt bad and I basically took care of them. Took care of the water changes, brought in some friends, got ich, took care of that. But I had no idea about the whole nitrogen cycle because I guess either the water they brought with them had enough bacteria or they were just tough?? Idk. All the equipment (tank, filters, substrate, etc.) was new... Anyways, the severum ate the tetras; I was warned about this when I asked reddit what kind of fish these were but the severum was always so shy looking that we thought he'd be harmless. Then a few months after I got married and moved out, all the fish died. But, even though it was a lot of work taking care of the fish, I really enjoyed doing it. I had a pet snake during all this that I bought on a whim because I thought it was cool but... it just wasn't the same. I sold the snake earlier this year and decided to get a fish tank. Got a 29 gallon, all the equipment, filled it with water, and literally bought 6 neon tetras and 4 panda corys first time at the pet store... I won't tell you what happened but they are all somewhere else. My wife and I were wondering what we did wrong. I re-read the dechlorinator and saw that we had to add 5 times the amount we put in if we want to get rid of chloramines! We said ok, we just needed to add more of this dechlorinator. So we bought 6 guppies. Only the smallest one has survived til now. His name is Yoru and he has withstood the entire nitrogen cycle while continuously bullying every other guppy he can see. Now that our tank is finally cycled, we went out yesterday and bought 5 more guppies for Yoru to bully. I am reading and learning about fish tanks almost every day and can say that this hobby is absolutely wonderful

Hello and welcome to the forum!

I would make sure you test your TAP water for ammonia, GH, and KH. If there's ammonia then you will need a special water conditioner for your tap. And also make sure you have hard water for the guppies by testing the GH and KH.

And great that you have discovered fish keeping...

Soon you'll be able to sit and go fishing right from the comfort of your own couch 🤣🤣 welcome, we all learn a bit as we go. Post a pic, it's always cool to see people's setups

It's a natural match. Fish catching and fish keeping. I know many fishermen who are as fascinated by the fish as much as the actual angling. Welcome to our world.
OP
OP
N

outofwater said:
Soon you'll be able to sit and go fishing right from the comfort of your own couch 🤣🤣 welcome, we all learn a bit as we go. Post a pic, it's always cool to see people's setups
Click to expand...

That sounds like a great time haha. Here's my tank! I'm excited to show it off to my friends 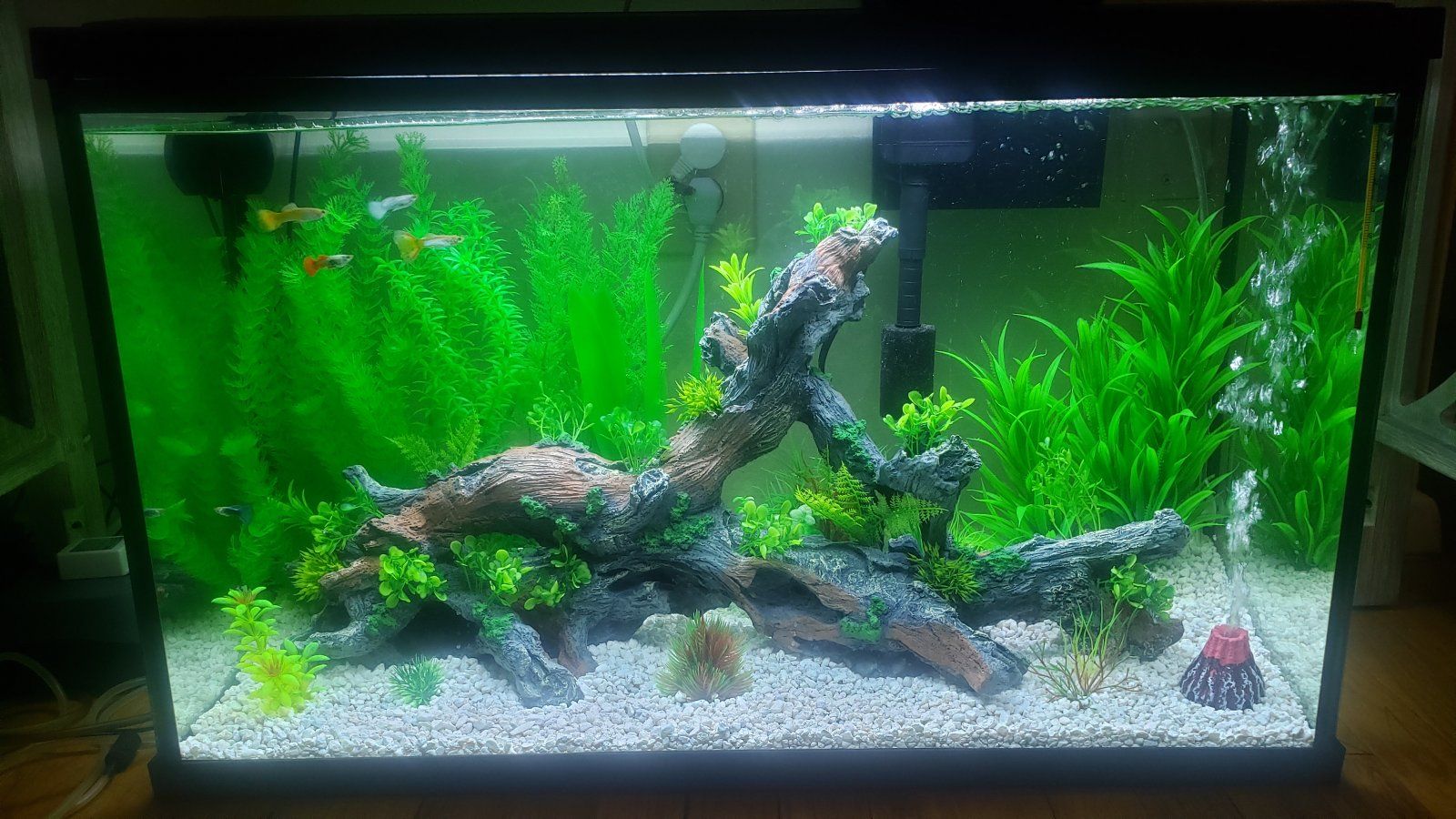 Betta sorority in a 20 tall?

Anyone ever use fresh water scuds for live fish food?