Description:
Water Scorpions are not true scoprions but superficially resemble them. They are infact true bugs from the Nepidae family. Water scorpions are aquatic bugs that live in shallow water, usually close to the surface, however they still need to breath air. They do this from the use of two filaments at the end of their abdomen which are held together to form essentially a snorkle, although these are not present in juveniles, instead they simply hold thier abdomens up to the surface. The nymphs always reside just under the waters surface, perched on twigs or dead leaves where as the adults on the other hand often dive deeper and remain amongst the leaf litter. Water scorpions do not have claws exactly like a scorpion, but have raptorial limbs much like preying mantids. Water scorpions are sit and wait hunters, once they catch their prey they quickly paralise it and drain the fluids from the prey item through their short pointed proboscis, which in larger species could cause a painful bite. Nymphs are more rounded than the adults and also lighter in colour, found in sandy or chocolate browns. Adults are darker and are camoflouged amongst dead leaves. Water scorpions are poor swimmers and prefer to crawl about to perch on twigs or leaves.

Housing:
Nymphs should be housed individually as they are cannabalistic, communal living WILL result in casualties for they attack any smaller or moulting siblings. A cricket tub sized container will do with just under 2 inches of water, be sure to add several twigs and fill the water with leaf litter, although obviously not enough that the water scorpion cant move or moult. Adults can be housed together as they are less aggressive towards each other. I have my adults in a medium Pet Pal plastic tank with about 3 inches of water. I have also included a land mass of the adults, just a small corner of sloping mud with a very small patch of moss and lichen, although that isnt nessisary. As with the nymphs there are plenty of twigs and branches for the water scoprions to rest on, aswell as plenty of leaf litter, water plants can also be added for both nymphs and adults.

Feeding:
Water scorpions are sit and wait predators, feeding upon any smaller insects and also each other when young. They seem to prefer mosquito and midge larvae, but will catch and eat anything they can overpower, for example water lice, pond worms, daphinia, and even small pond snails amongst other things. I catch these prey items from ponds and introduce them to the water scorpions enclosure, they will often feed upon any detritus in the tank and thus survive in there and sustain the water scorpion for a long period of time.

Breeding:
Information is scarse on breeding these but from what little information is available you can judge that the females lay near the waters edge in the soil, the ova apparantly having long filiments just like the adults to take in oxygen. Once they hatch they should be housed seperatly untill adult. Sex determination is most likely like that of other true bugs in that there are subtle differences in length and shape.

Final comments:
Water scorpions are fairly easy to maintain and are an interesting invertebrate to keep. 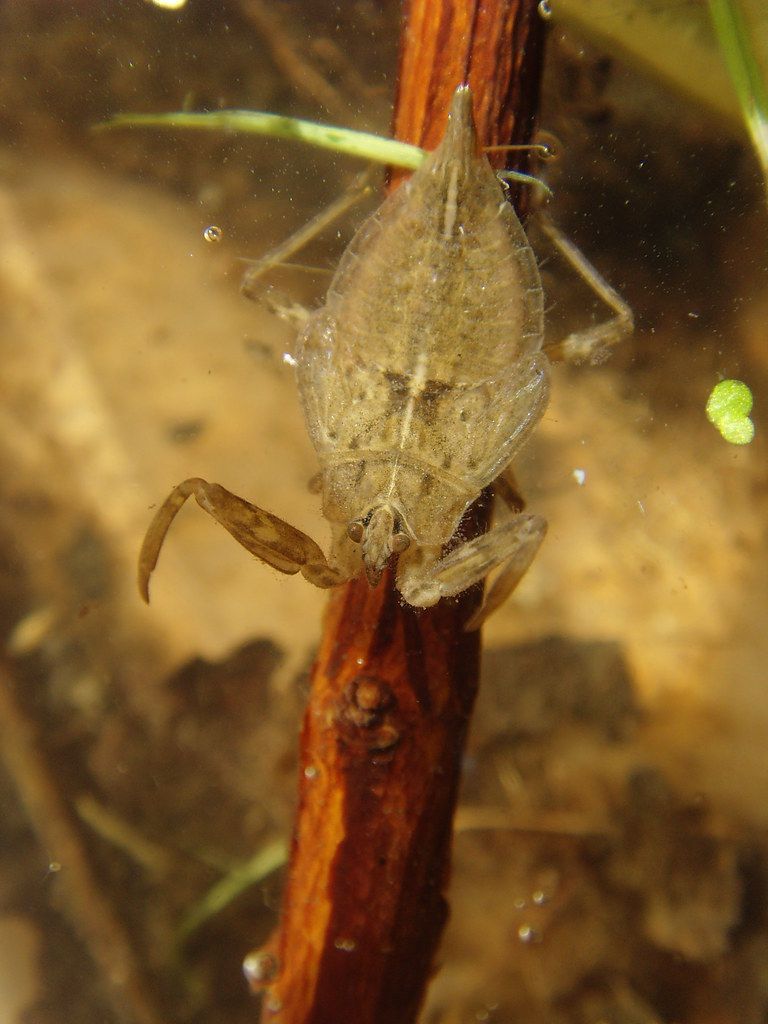 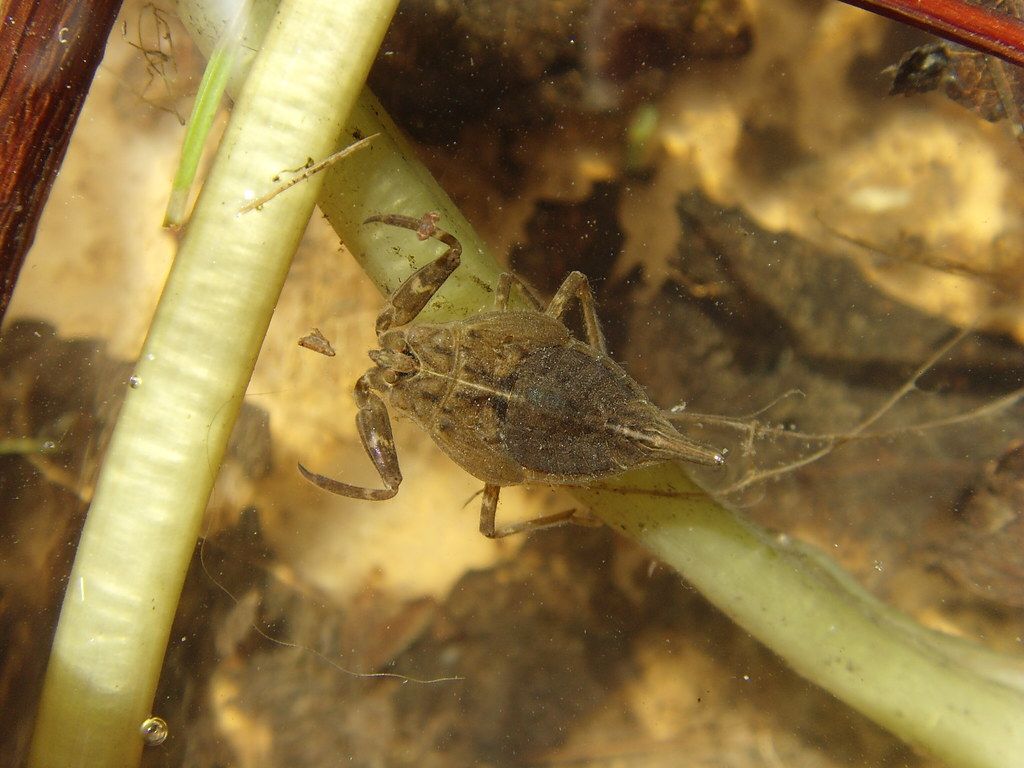 Recently caught nymphs awaiting seperation
You must log in or register to reply here.