Hey, so I have a growout tank where I kinda just throw most of my livebearer fry and small angels that I get from the store (i'll describe the tank more below). It's always been super healthy, and normally I've got a betta in there too, just because he gets along with the other fish and I raise most of my molly fry in softer water. I'll comment full stocking below. Because I've got so many fry in there, I'm used to one or two dying off a week, whether its genetics or whatever, its just normal at this point. Nothing out of the ordinary. But I noticed that two platy fry I have started turning a kind of brownish yellow and acting kinda funny. I left them in, chalked it up to stress, and said they'd get better in a day or two, or they'd pass. Whatever happens happens. Well one died yesterday, and now my two angels are getting the same coloration and losing their normal stripes. It's very strange and any threads I can find on it are old and unsolved. I'm super nervous because my favorite betta was in that tank, and so far other than him maybe being a little more chunky than normal nothing's wrong with him, but I worry. I took out all of the fish from the tank to hopefully try to contain the outbreak by jarring them like I would with betta fry. I'll post pics later down, and include stocking and tank description below. I'd also like to note that the coloration is not simply a pattern. It's very unnatural and strange, almost like what iridovirus starts looking like in gouramis.

The tank is cycled and has been for about two years now. I do weekly water changes, and top off when anything evaporates. I also use water from that tank to defrost my frozen foods, so it does get water cycled through it pretty quickly.

Fish:
2x ~1.5 inch angelfish (body size, not including fins)
4x Platy fry
10x Molly Fry (One of which has popeye, don't know if that is related or not, and all are fairly small)
1x Betta

There was also a pleco I had in the tank until he got large enough to go in the pond.

If anyone has any guesses, I'd love to know. Anything helps. I'm so nervous I'm gonna lose the betta, and I genuinely cannot find anything on what could be causing this.

REALLY bad quality photos, but there's the two angels. As you can see they both are missing their stripes a bit, and the yellowing is a bit more difficult to see but I think I saw a thread with a similar photo I could use as reference. 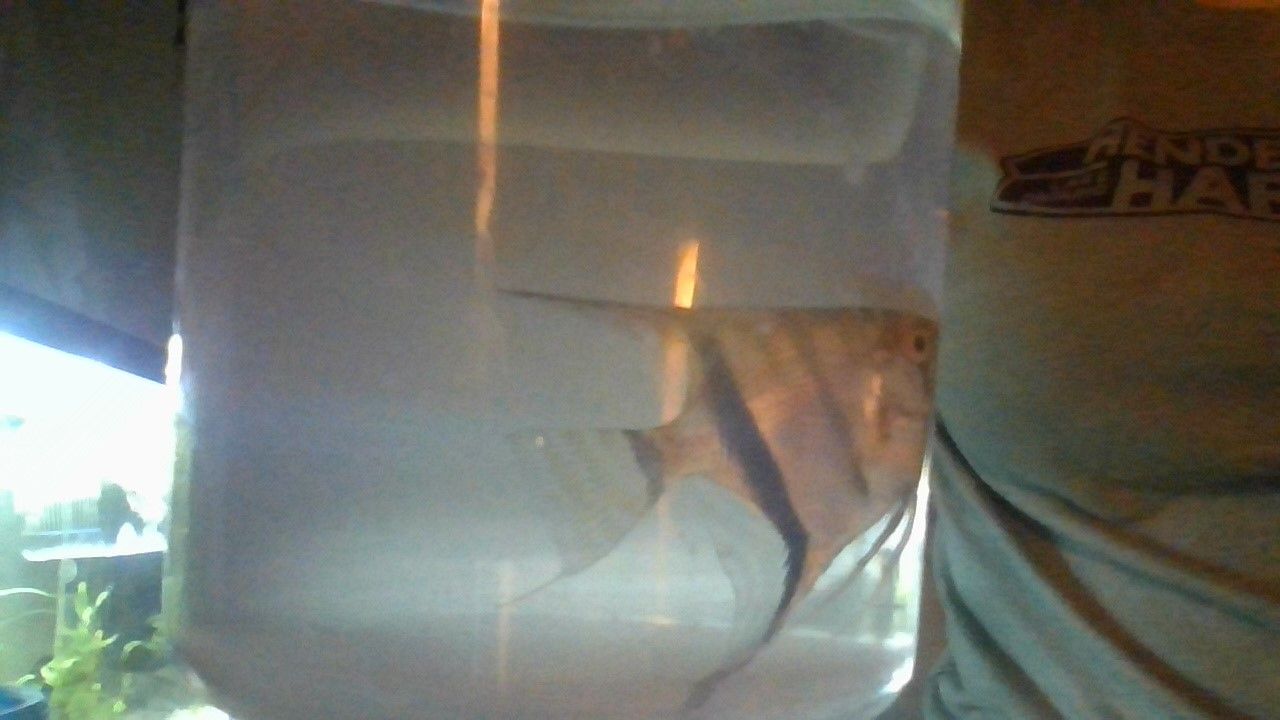 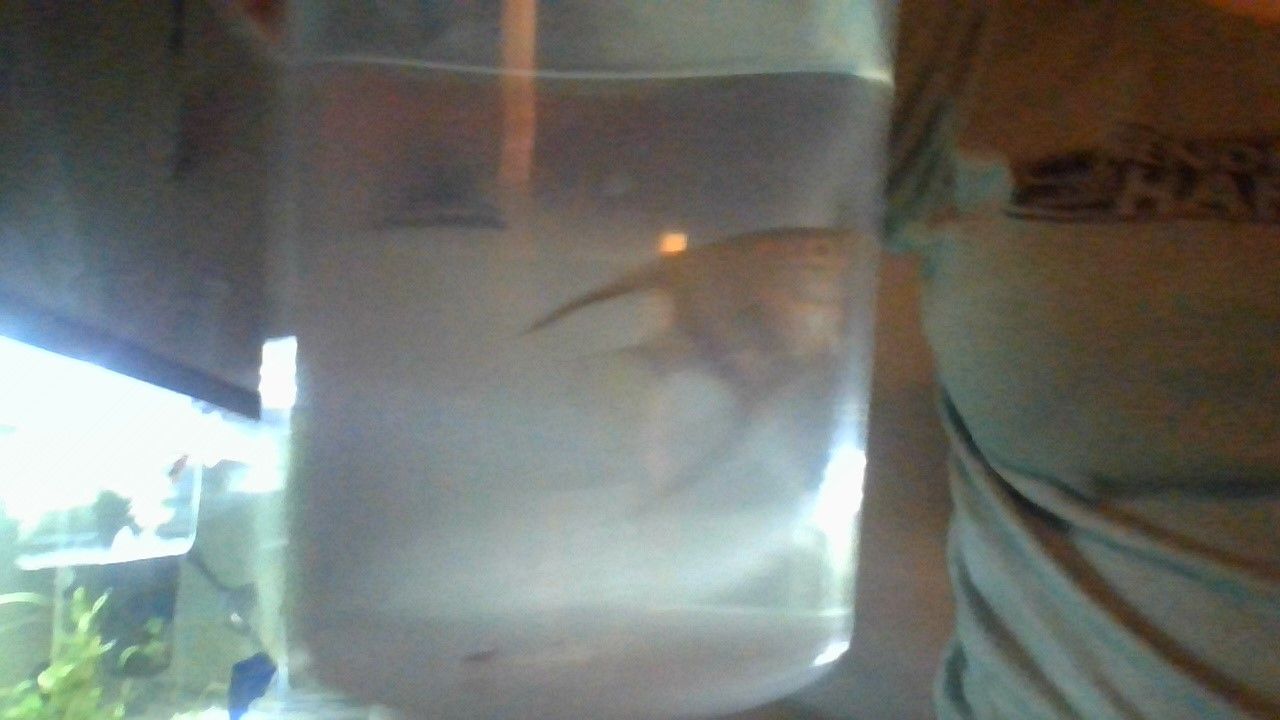 I have them jarred until tomorrow morning when I can put all of the sick fish into a quarantine tank.
OP
OP 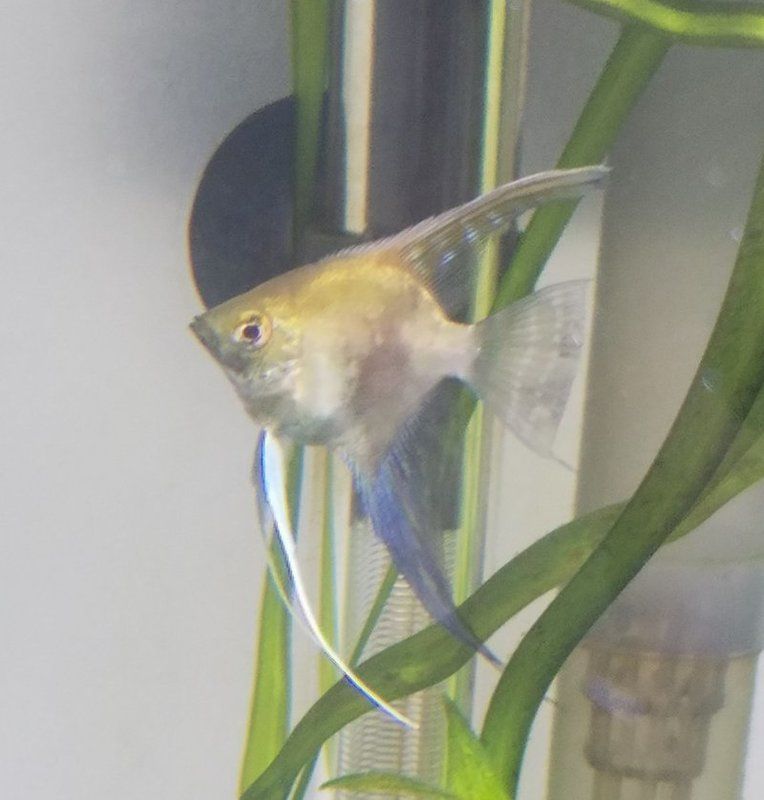 THIS IS NOT MY FISH.
This is what is happening to my fish. For reference, this is a blue angel. Not a smoky. That's just how the brown/yellow coloring looks.

If it's a contagious disease like velvet, then the whole tank will need to be treated, so I can't see much benefit in moving them from the grow out tank into a quarantine tank.

Turn off the light and use a torchlight to check for gold or rusty colour on their skin.
Any skin peeling off(advance stage)?
Treat with Coppersafe if you can confirm that it's velvet.

All tanks that share the same net, siphon, hose will need to be treated.
Sterilize all equipment with bleach, hot water or Coppersafe.

Read below for other symptoms. 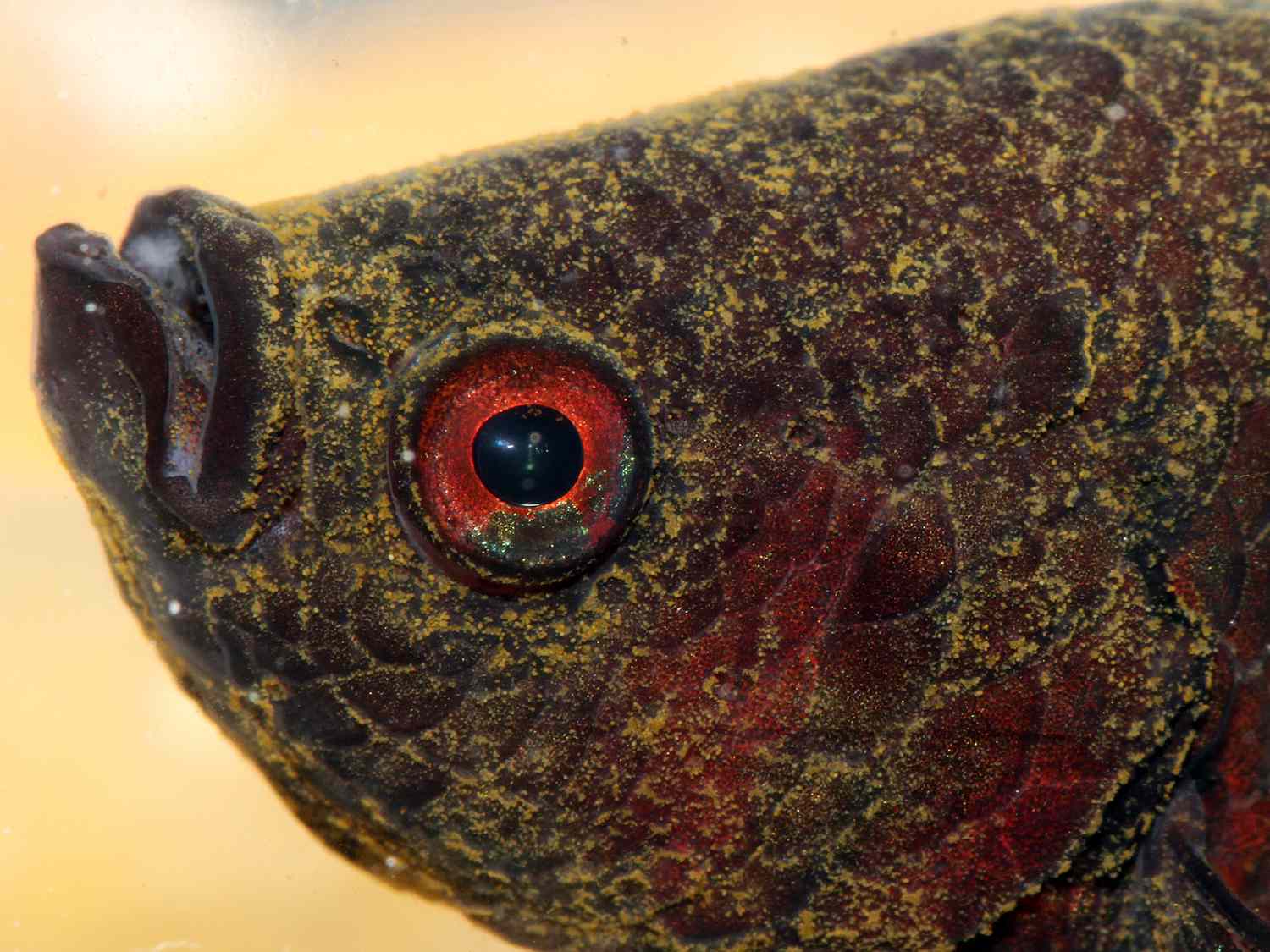 What is Velvet Disease in Aquarium Fish?

Velvet is a serious disease in both freshwater and marine fish. Learn what to look for a how to save your fish if you suspect this in your tank. 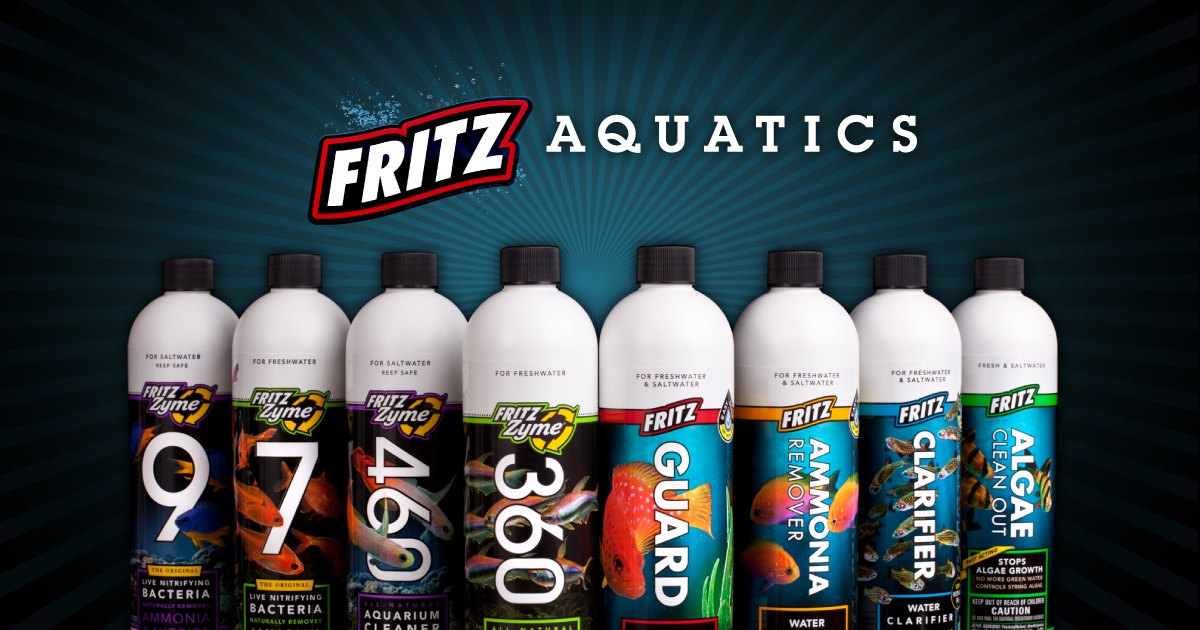 Learn how to spot and treat Velvet (or Rust/Gold Dust Disease), one of the most common diseases in aquarium fish, with this guide from Fritz Aquatics. Velvet, gold dust disease, rust disease, Oodiniasis, and Oodinium are all names for one pesky foe. So what does it look like and what do we do about it?

I am almost 100% certain that it is not velvet. I've been through velvet before and that looks like more of something coating the scales. This is literally their actual coloration fading to this weird somewhat translucent brown color.
OP
OP

If it's a contagious disease like velvet, then the whole tank will need to be treated, so I can't see much benefit in moving them from the grow out tank into a quarantine tank.
Click to expand...

So update:
- The other platy is still alive, and so are the angels
- I think something was up with the water in the tank, even though it read okay on the test. I did a 90% water change and the fish are now back in the tank. They all look like they're doing a bit better too. The strange discoloration is gone from the angels, and the betta is looking back to normal too, besides still being a bit chunky.
OP
OP

So still no clue what it is, I just think it was probably caused by something in the water, so if anyone reading this needs some advice I'd just do a water change.

I would also replace your test kit.
Keep an eye on nitrites..
You must log in or register to reply here.