As is obvious in the attached pictures (please excuse the algae buildup I've accumulated with my CO2 tank being down for too long), we currently have a bit of funky coloration going on with this juvenile severum, which I'm trying to get to the bottom of. Here's some background that may be relevant to diagnosing the problem...

I have had him for over a year now, from the time he was still more or less a baby, yet old enough for sale. Over several months, I saw him transition to a more "juvenile" state, growing a bit and presenting the pattern and increased coloration to be expected of a red shoulder severum his age. While he has not grown significantly since then, he has continued eating normally, and his behavior does not seem to have really changed.

Regarding his behavior, he has always had a bright, alert, curious, and precocious demeanor. He spends most of the day concealed within a labyrinth of swords, crypts, and ferns, but I can sometimes spy him weaving in and out of them exploring. He always makes his way to the top when it's dinnertime, and uses this opportunity to explore the open area and the unplanted surfaces in the tank, scavenging for food along the way. And, while I obviously don't have eyes on him the entirety of the day, I have not seen him or any of my other fish itch up against anything in the tank except on infrequent occasion. I have 125 fish in my various aquariums at the moment, with no other cases like this evident in any of them.

He's obviously displaying very unusual pattern and coloration currently, which I haven't come across in other severums or in pictures posted online. This has developed over the past several months; however, I know that many severums go through a series of pattern and color transformations as they grow up, and his health and behavior have appeared to be otherwise unaffected. That said, as the apparent whitening has continued rather than developing into something else, I figured it might be time to consult some other hobbyists to see if this is anything anyone has ever come across.

There doesn't appear to be any dimension or fuzziness to the whiteness. I haven't noticed any other types of "critters" anywhere on him. I can't seem to match this fact pattern or his appearance up with any of the photos and writeups I've seen online concerning the 20-or-so most common parasitic, fungal, or bacterial fish ailments.

If there's something internal at play, I'm just struggling to reconcile the fact that, for several months, he has continued to eat, swim, and behave normally, with no other visually apparent anatomical developments.

For reference, I typically use the following medications depending on the circumstances:

Normally, when I don't immediately know what's going on with a sick fish, I will try to treat a broad array of possible infections. For example, I might use Seachem PolyGuard, Seachem KanaPlex, and API Aquarium Salt. Or, I might use Fritz Maracyn, Fritz Paracleanse, and Hikari Ich-X. That said, given that this has gone on for some time now, I'm hoping to at least narrow down the realm of possibilities to the category I should be targeting (e.g., bacterial, fungal, or parasitic), so that I can hopefully reduce the stress that I'm putting on him while trying to get rid of this several months' long mystery condition.

Does anyone have any ideas about what might be going on, or what general category this infection might fall into?

Thoughts on which of the medications I have on hand (listed below) is likely to give us the best chance of knocking it out with maximum efficiency? 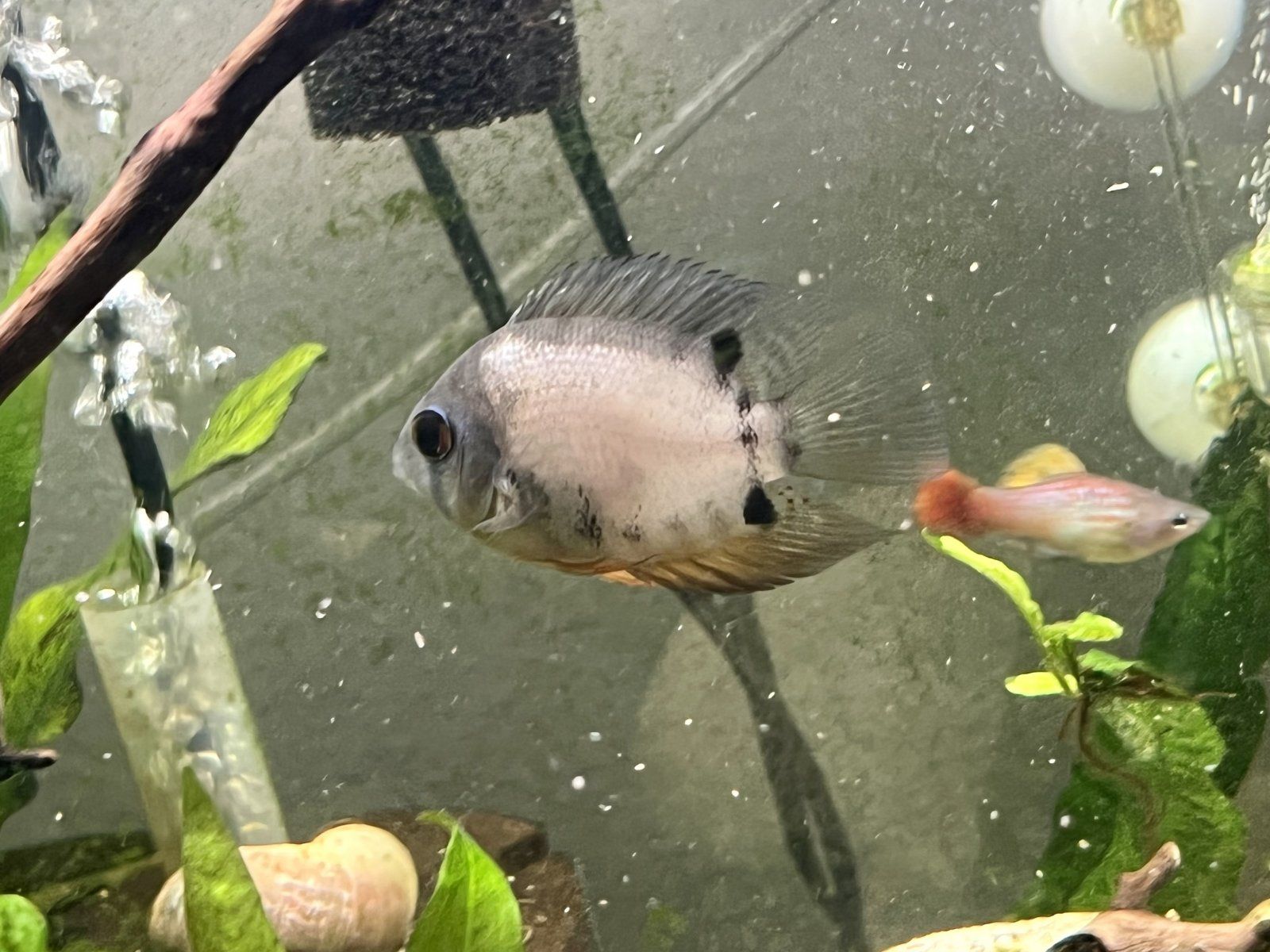 I think it's just colouration. The black pigment is fine, where it shows.

No disease at all. We've learned that the wild fish we call a severum is actually a complex of related species, and before we knew that, we happily hybridized them. Pet store 'sevs' can be a little unpredictable. That fish has a low body shape and a large eye relative to body size that could suggest something has stunted its growth a bit.
OP
OP
D

I agree that his growth appears stunted, What would you do to help address that problem if he otherwise appears to be eating normally?

The diet sounds superb. Stunting can be just being smaller, or it can be water quality and overstocking. Water changes early in life can improve thiogs, but at a certain point, the shapes has set in.

It's not exactly developing into the fish which you probably hoped it would? Maybe time will change that, maybe not. Stunning fish though.....when you get a good one! Mine below...

A
What does my Dawrf Red gourami HAVE???!!