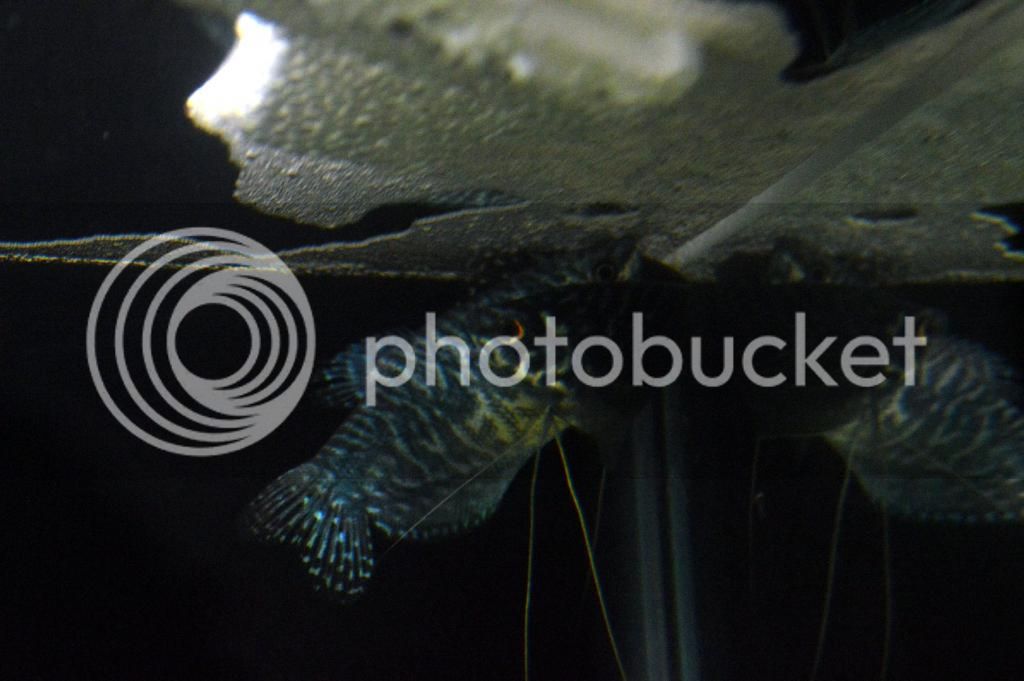 The picture is not perfect since it is a bit dark under the bubble nest.

I finally have them mating. Even though the male and female Opaline Gouramis  are in the same tank they just fight and never go into mating mood. Then I put the female in a net trap and put a piece of styrofoam on the surface to help the male to build the bubble nest. Almost immediately the male runs into mating mood and starts to build the bubble nest. At the same time the female starts hiding. I used this trick twice and it worked twice!

It is the second day since the male builds the bubble nest. I saw them mating in the morning and early afternoon. I didn't see any mating activity in late afternoon so I get the female out. I am sure of the mating, but I don't know whether there are eggs in the nest. There seem to be some yellowish patching in the bubble nest (looking above from under the nest), or it could be just my illusion. How to verify whether there are eggs before hatching?

BTW, can I take the bubble nest (and the nest) away from the male for hatching? I am afraid when the fry start free swimming they will definitely be eaten by other fish in the community tank.

I'm not a gourami expert, but I did take away the eggs be because my male pearl gourami stopped making buibles and the eggs were floating all over! I used a spoon and took the eggs-and bubbles and moved them to another tank. Good luck with your eggs!
OP 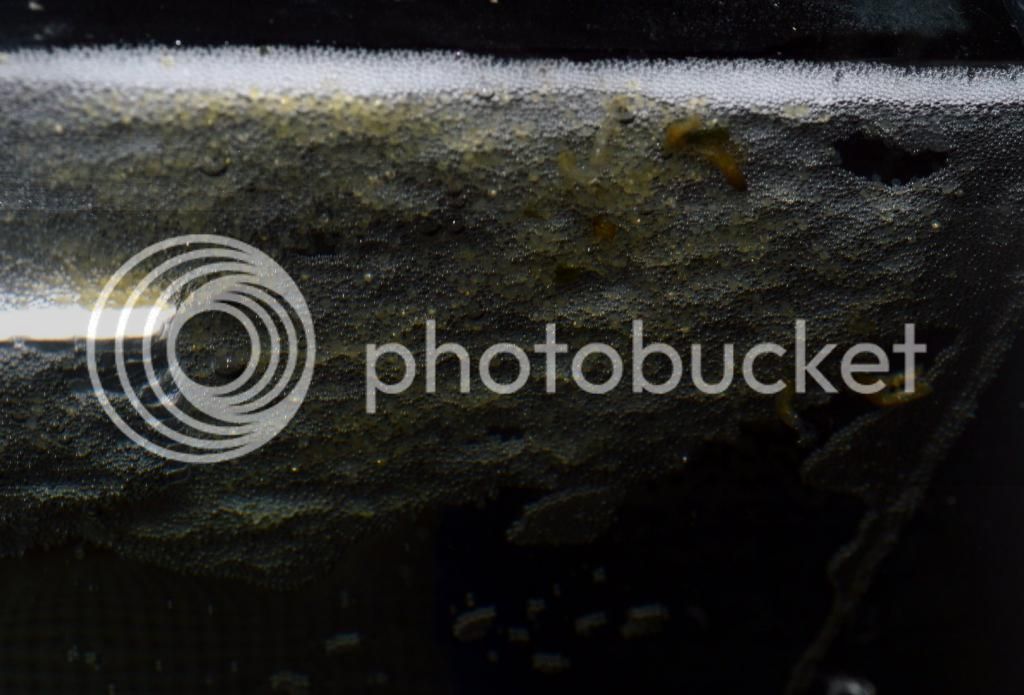 Those yellowish things are not illusion! They are eggs!

Sweet!  Are you going to try and raise some fry?
OP

About 24h after the first mating activity: 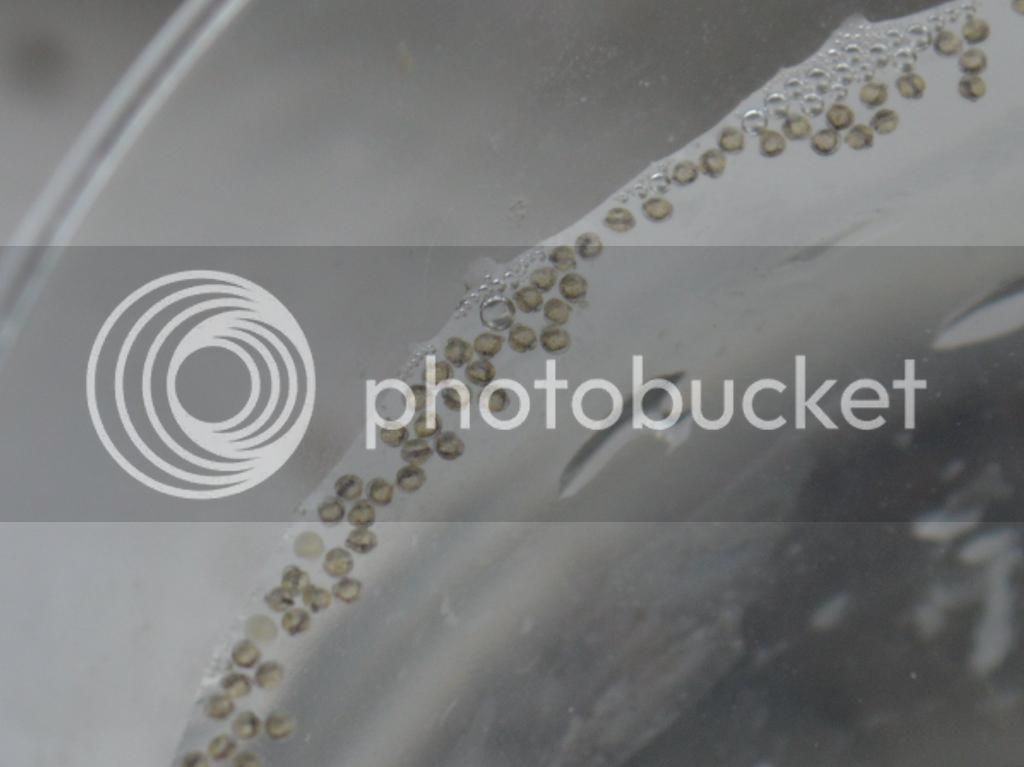 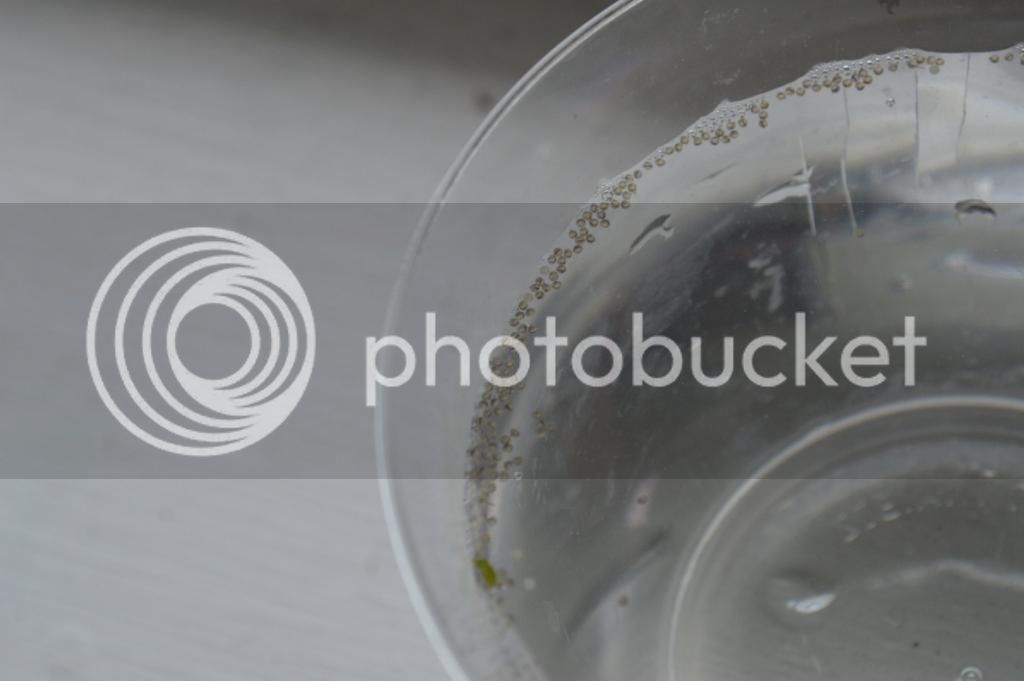 The male is stupid in maintaining the bubble nest. A lot of eggs sunk into the bottom. I spent my whole morning picking up those eggs remaining in the surface. I think I saved about a hundred of them. Some of them are hatching already! I wish some of those sinking to the bottom would survive.

To FishCrazy, yes I will raise them. That's why I try so many times so hard to get them mating!

They're so cute!! They look like the pearl gourami eggs I had years ago. Keep us updated!
OP 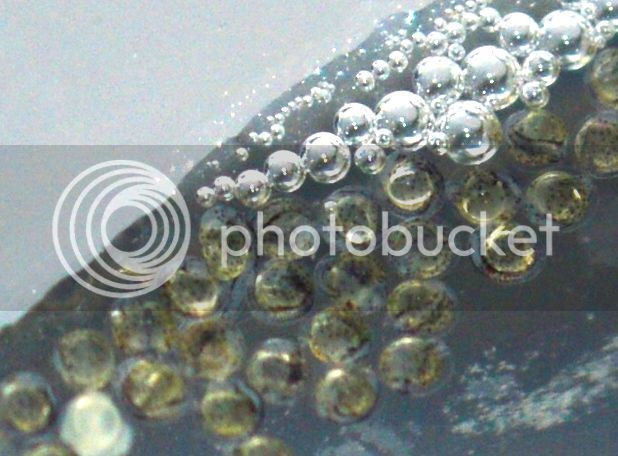 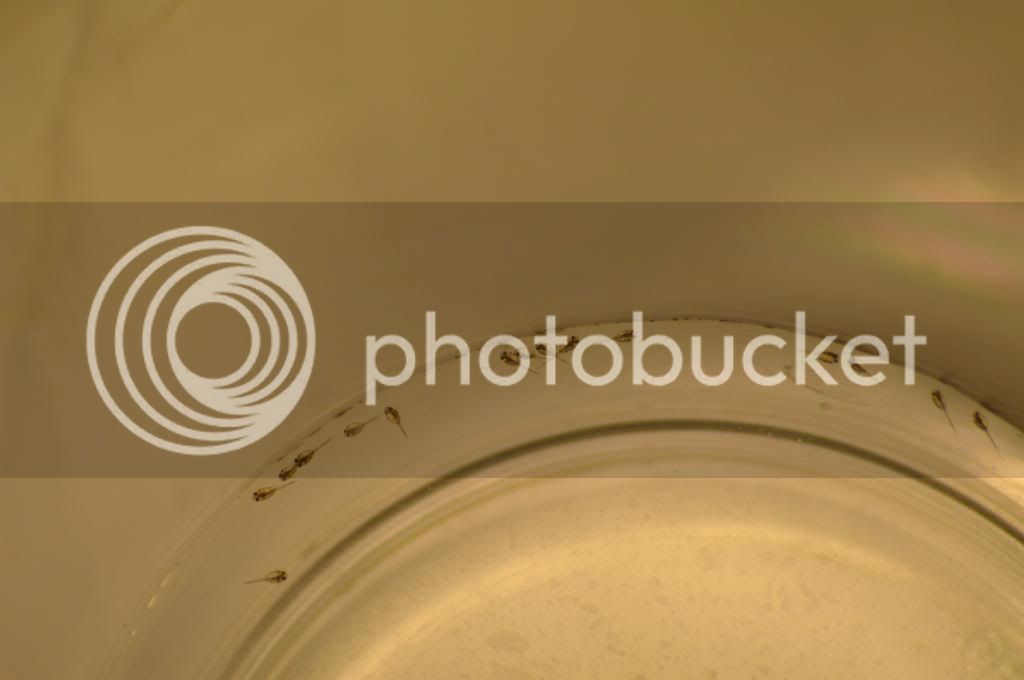 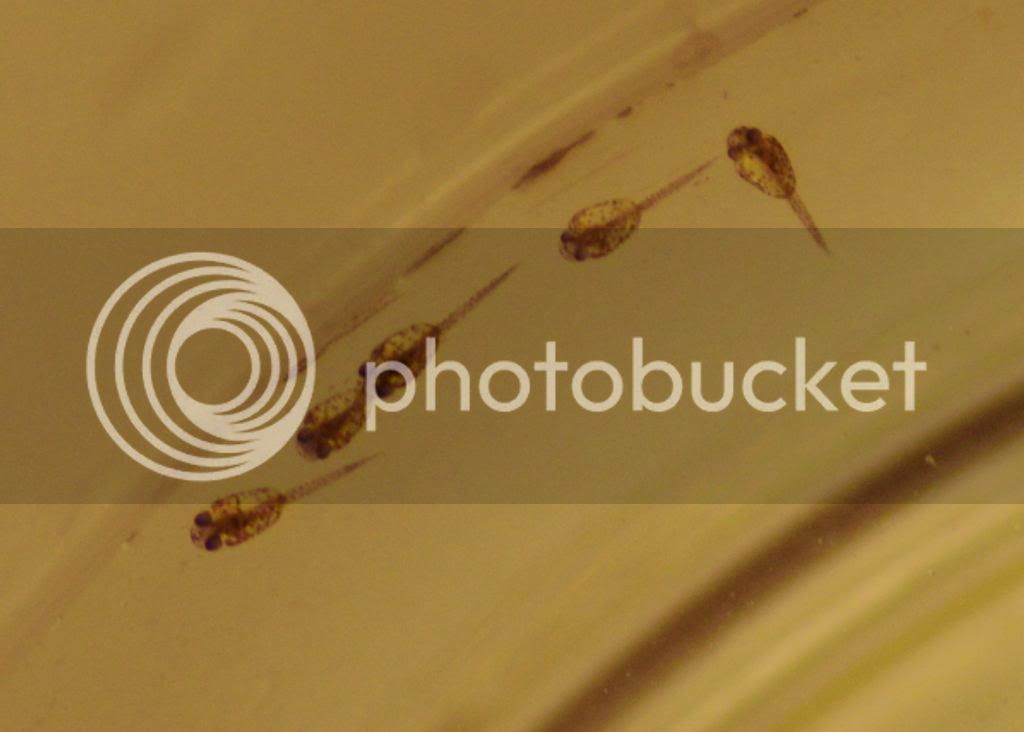 They hatched out! I saved three more eggs/wiggles from the breeding tank in the afternoon.

Wow!  Your camera is really nice. I'm jealous.   Your little guys are so cute!  Wait till they lose their eggs yolk/sacks and start looking more like fish.
OP

You won't know how many trial shots I had before I got these pictures. I am going to prepare live microworms for the fry. But I don't think I can get them in time. Do you think frozen baby brine shrimps fit their mouth?

I'm not sure.  I'm assuming they probably would but I never tried it.  I was so young I just gave my gourami fry crushed flakes! And they lived for over a month-I'm not sure how-and then they started dying.  Probably because they had a horrible tank set up!

Any way, you could also try Hikari First bites.  I never tried it on gourami fry, but I think it would work.  If you don't have anything but frozen baby brine shrimp then you should give it a shot!  You don't want then to starve.

The babies are so cute! good luck raising them, please continue to post pictures
OP

Most fry died in the first three weeks, probably due to bad water quality. But three finally survive! Here are some pictures. 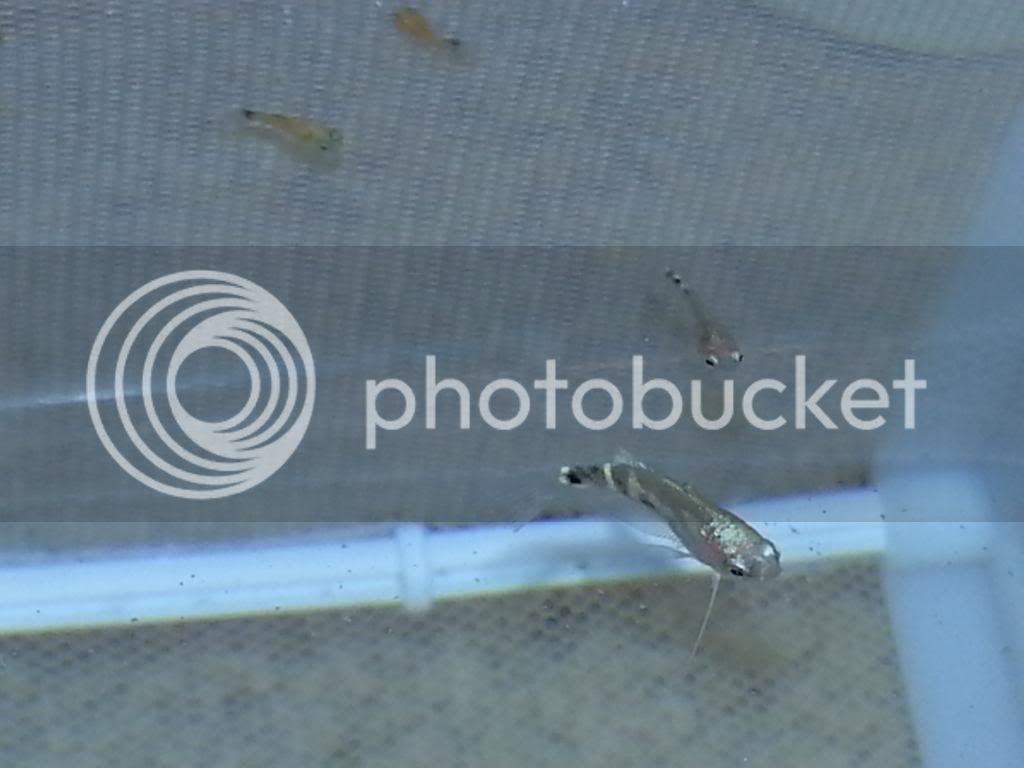 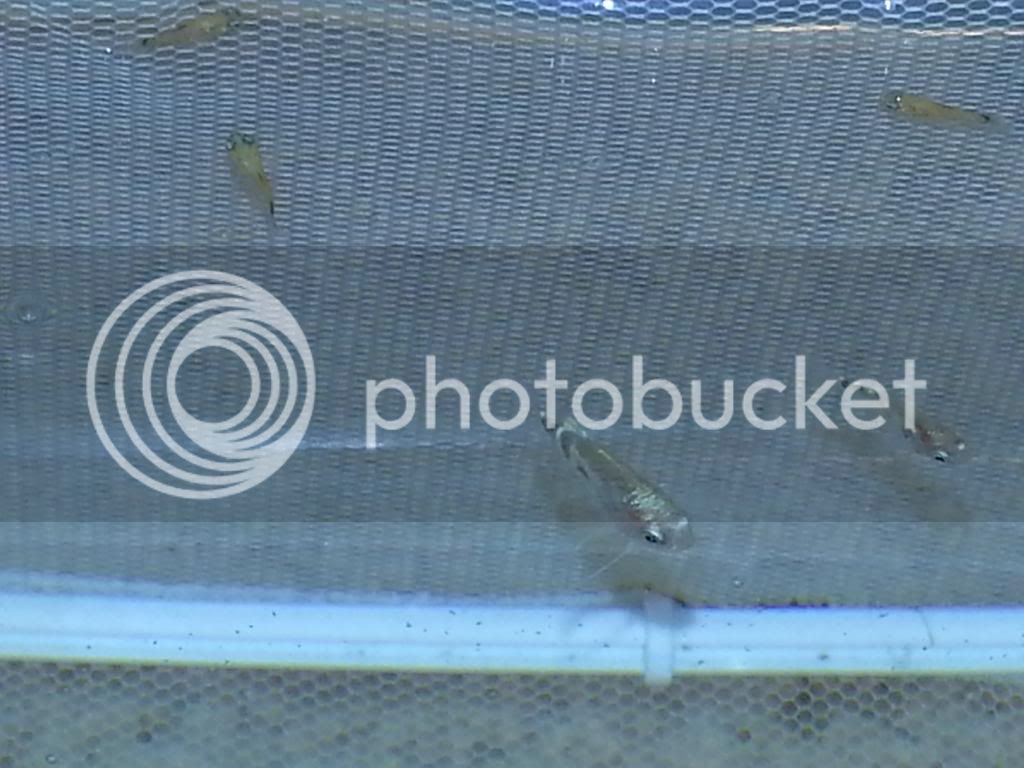 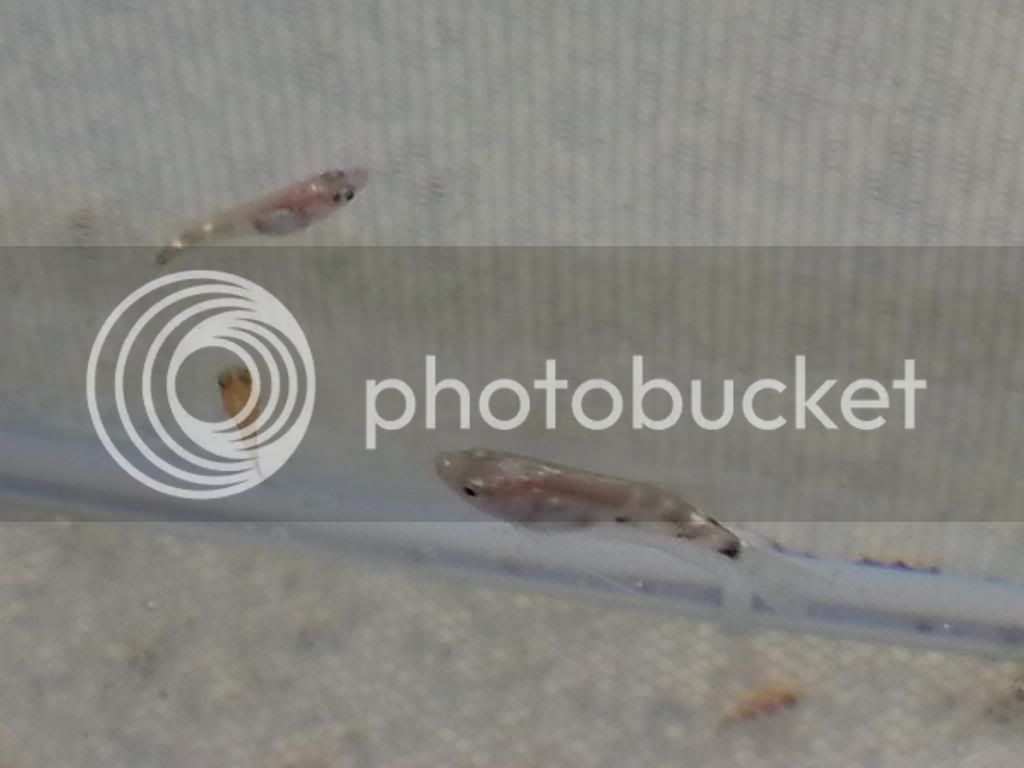 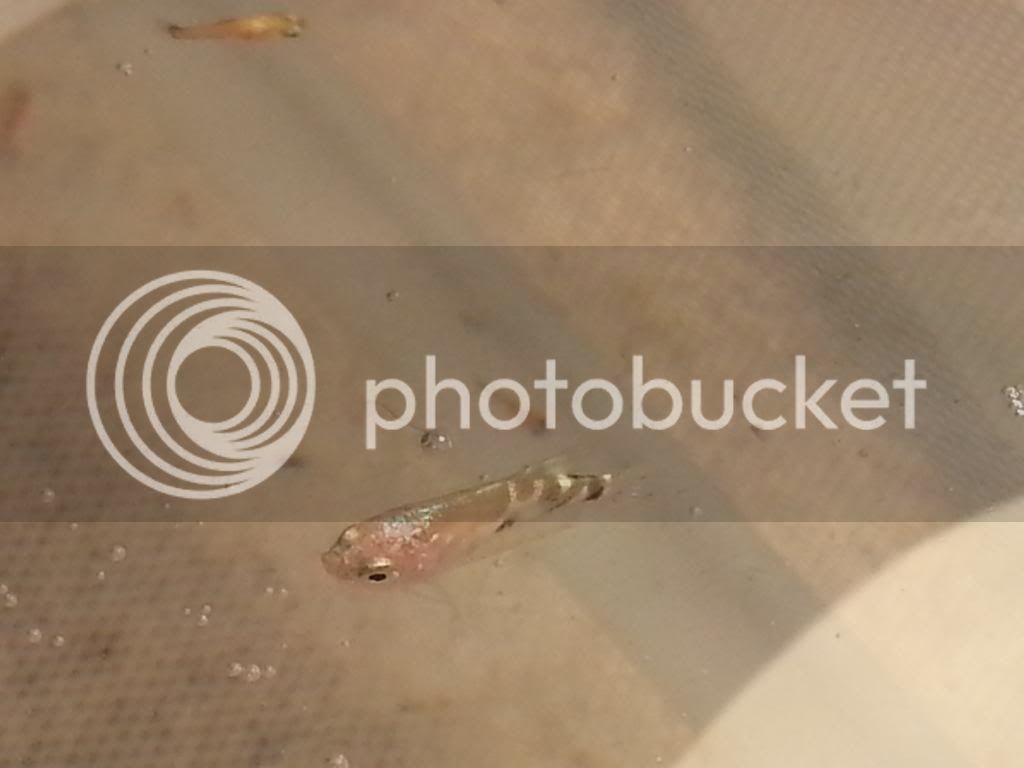 They are now about 52 days old. Their size ranges from 1.5 cm to 2 cm in length. They all developed good labyrinth gills to make bubbles. They really look like their parents in shape now, though not in color. The fry are kept in a temporary tank made of a 10 gallon Walmart opaque storage box, so the pictures are not that great. Some other fry in the pictures are 1 week old platy.

Here is another batch of fry the same pairs laid a week ago. 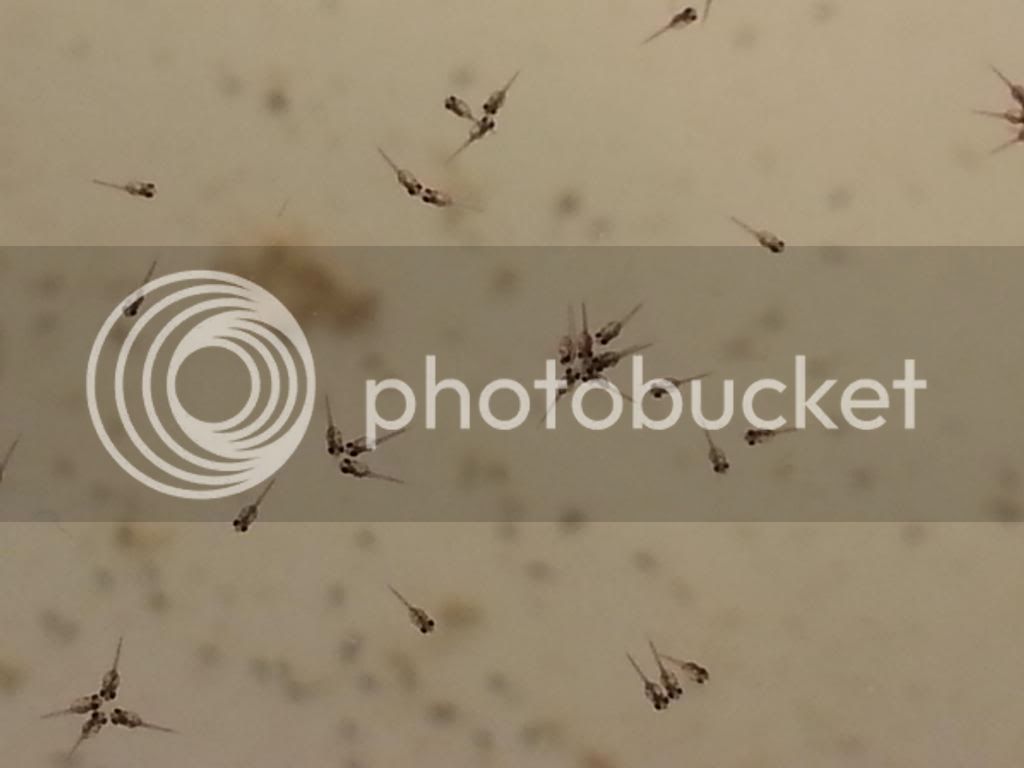 I really don't know how much they will eat as I can't see any trace of microworms after I put them into the water. I hope I can control the death rate this time better.

Nice! They are so cute!  The older ones almost look like guppies or endlers at a first glance.

What would you do if you won Powerball?

Today at 5:47 AM
AdoraBelle Dearheart