No filter, No CO2, No ferts Betta tank

So I previously created a thread asking if it could work if I created a betta tank which would flourish with no filter or co2 or ferts, and everyone seemed to think it would be a good idea so I went ahead with it. My tank is already cycled and the betta has been in here for a couple of weeks. So i have a few questions.

First of all, I currently have a bunch of Hornwort in there and a couple of other plants, and I was considering adding Giant Duck Weed. As this is a floating plant, I decided it would be great for my tank. So does anyone have suggestions for other floating plants or other plants in general?

Also, I currently only have a male Betta with a red spotted nerite in my tank. I was curious as to wether I could add something else, I was thinking a few amani shrimp but i’m not too sure. I would also like some suggestions.

And finally, would it result in algae out break? I plan to do a 50% water change every week to keep water quality good. But would no filter result in large amounts of algae?

I have attached some images.

Water lettuce is great. Long beautiful roots. You’ll have to remove some every week when you clean because it grows so fast. Here’s a pic of 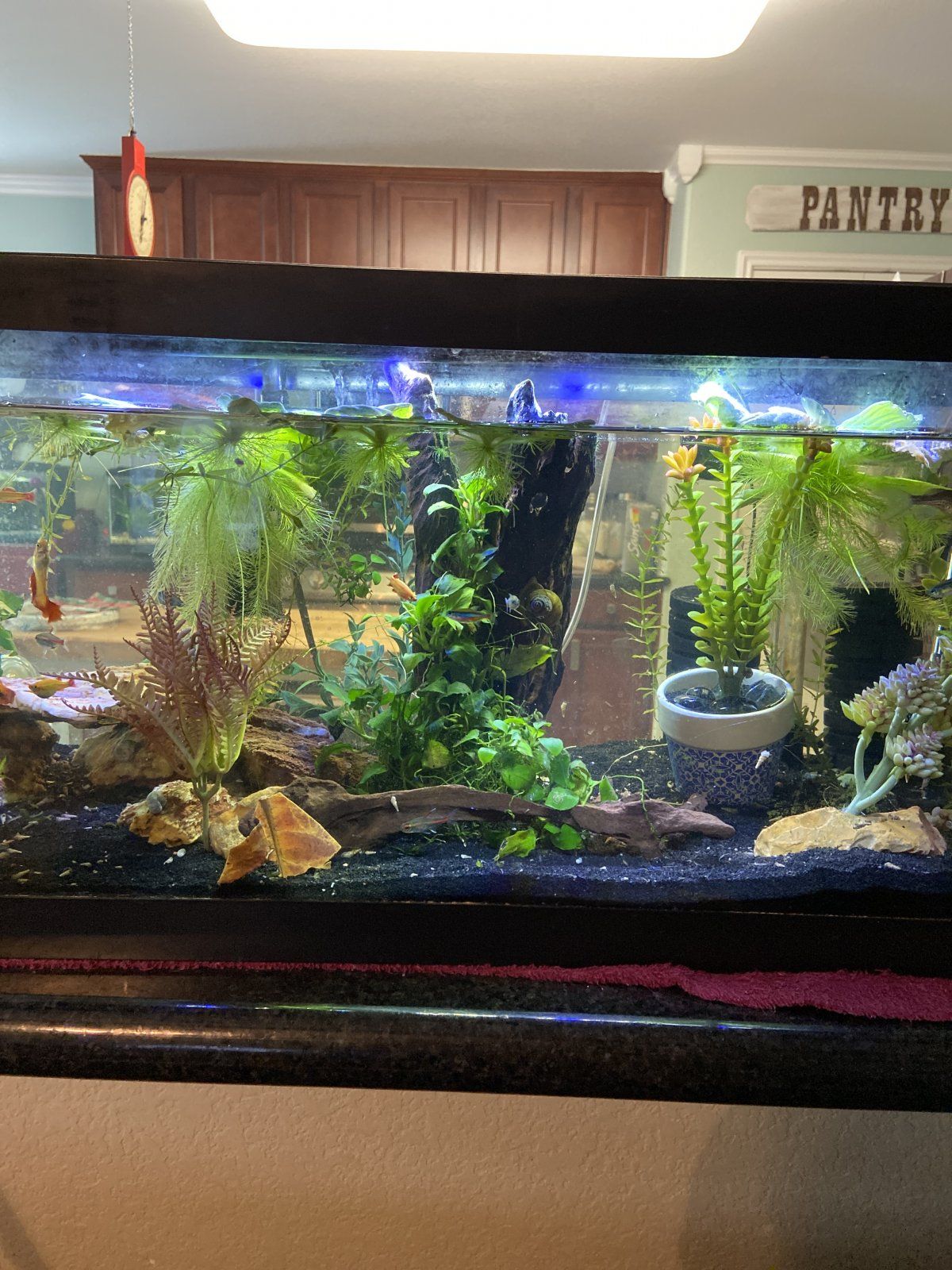 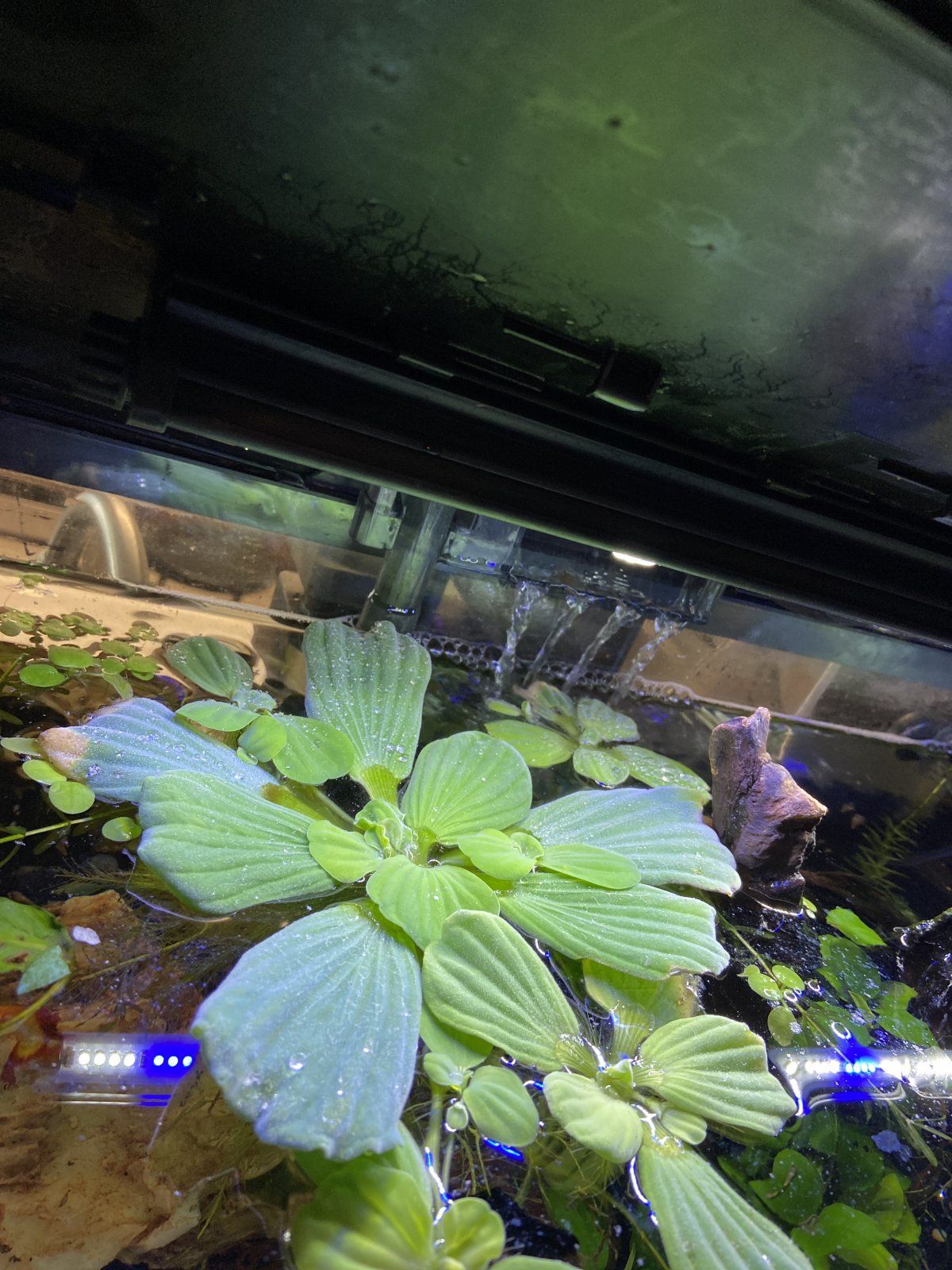 I have seen this at my lfs I will try and pick some up soon, how many would you recommend for a 5.5 gallon tank?

Is An Air Stone Needed?

S
How does one go about growing plant grass seeds ?