I want to move my tank to another stand and it’s only a few meters away!

The tank is 20x12x10 with 4 inches deep substrate, I don’t wanna take the tank apart, what can I do? 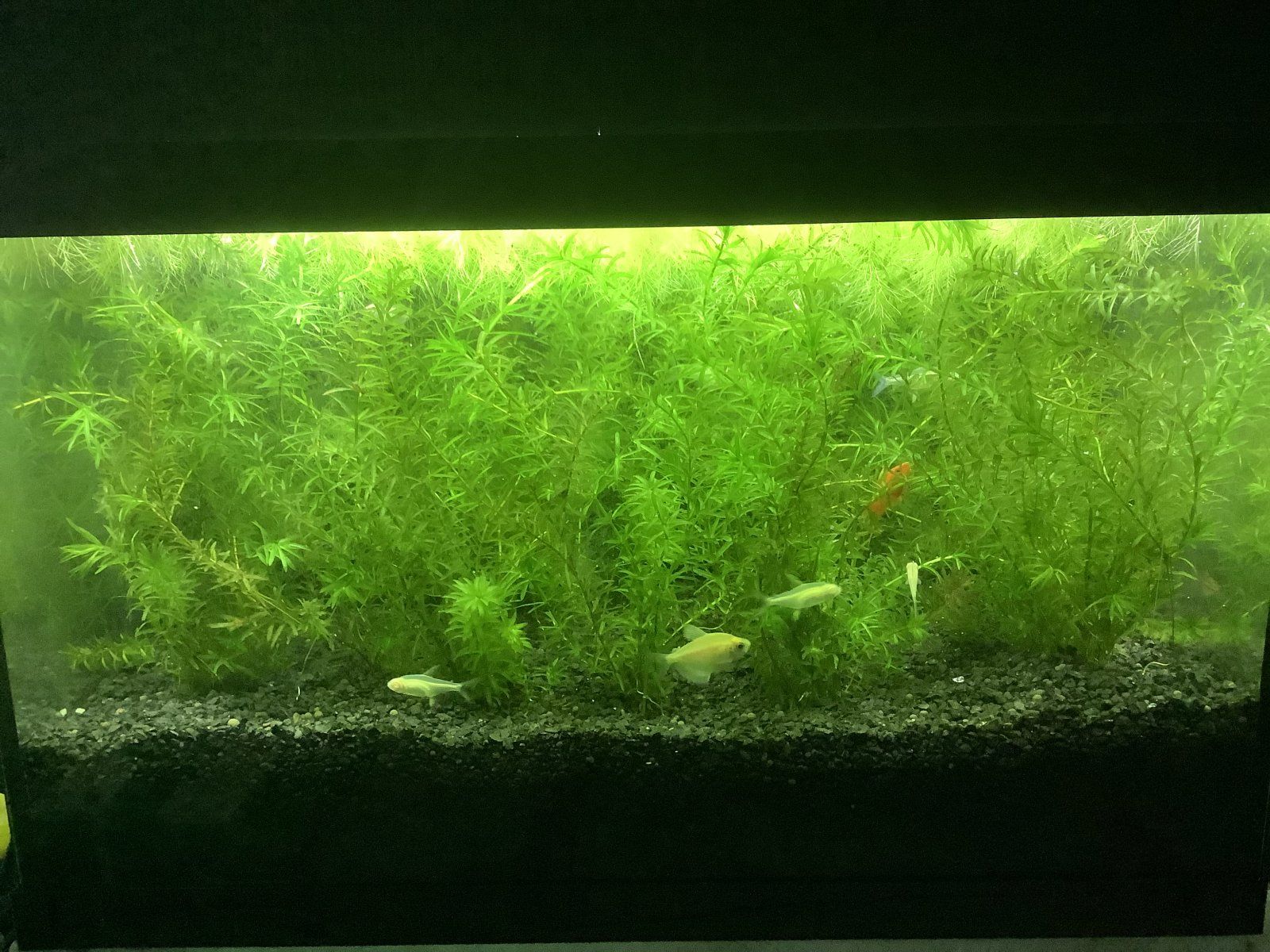 Those Elodea are a nightmare to plant.

No way to safely move the tank without emptying it.

Boundava said:
No way to safely move the tank without emptying it.
Click to expand...

I managed to do it just a month ago. Moved both of my planted tanks, an 8gal and a 10gal, and put them up on reinforced shelves. All I did was take out the fish (left the shrimp in, too difficult to catch them all), lower the water level to about 1 inch (I stored the old water in bottles and poured most of it back in afterwards), and I had 2 people help lift and move them (twice in total - from their old stand to the kitchen table, and then from the table up onto the shelves). It took hours (the shelves had to be installed while the fish tanks were "on standby" in the kitchen), and I had to keep misting the plants to stop them from drying out, but in the end they were all fine. It can be done, but you will need an extra pair of hands.
Note: All the animals survived and thrived afterwards. The shrimp were a bit shaken up and went into hiding, but they recovered within a few days. There was a lot of gunk and mud that got kicked up from the substrate - I spent the whole next day vacuuming it up ?I dosed Prime every day for the first week afterwards, just to be on the safe side, and did more water changes than usual to combat any ammonia that might have shown up as a result of all the commotion - and then I went back to my normal schedule. Every plant and animal was fine.

At the very least you need to remove all of the water. If the glass is thick enough you can probably move the tank with the substrate in. But there is a chance it will crack when you move it.

It's always preferable to empty tanks completely before moving them.

Colin_T said:
If the glass is thick enough you can probably move the tank with the substrate in. But there is a chance it will crack when you move it.
Click to expand...

That's certainly something worth considering. I didn't really have that problem since there's very little substrate in my tanks (maybe 1kg in each), but if you have a 4 inch layer it might put a lot of strain on the glass bottom when you lift it

Just move the tank without taken it apart!

Also what do you guys think about this tank? It’s made out of 130 stems of Egeria densa. Going to trim it down tomorrow.

It’s a Walstad method no water change tank, set up 3 weeks ago.
Though, water smells like yeast.

It doesn’t have filter and airstone too! 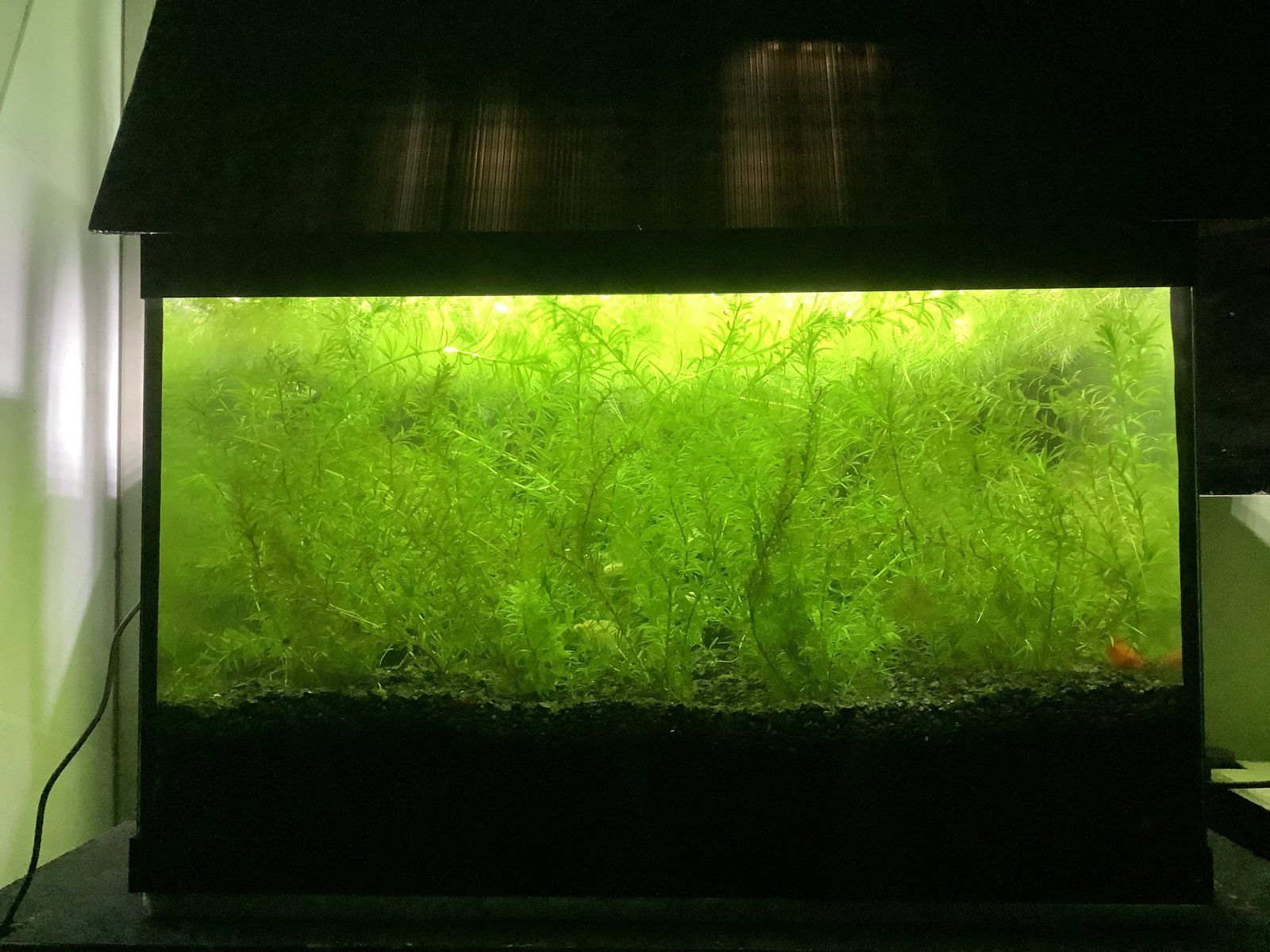 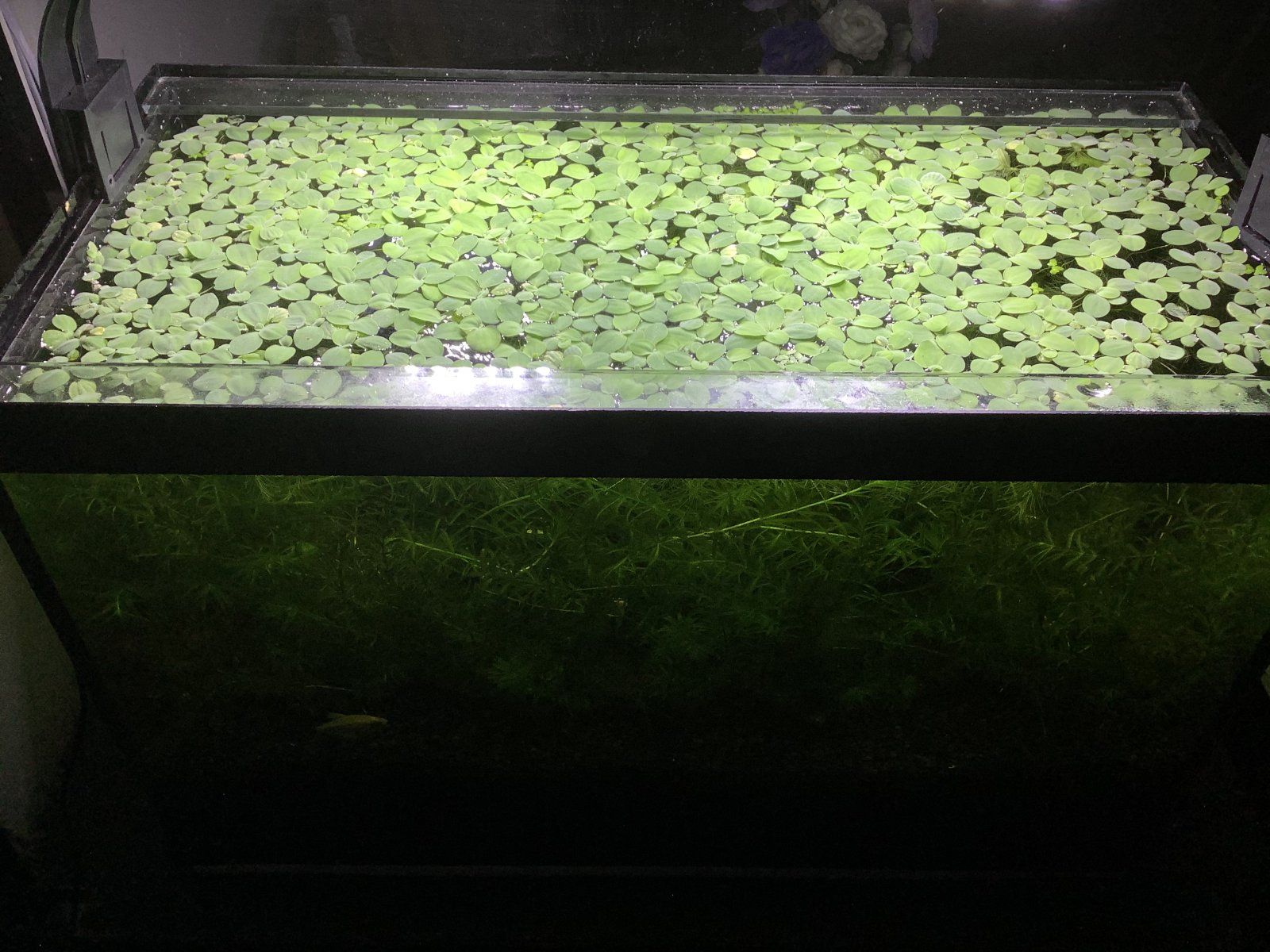 You should check the pH, oxygen and CO2 levels in that tank first thing in the morning before the lights come on, middle of the day, and at night just before lights out.
OP
OP

This is the first time trimming the plants, can you guide me on how to do it on a stem plants?

sharp pair of scissors.
take cuttings that are about 8 inches long.

I was going to second the motion to drain at least 90% of the water. Tanks just aren’t meant to be moved when they are full of water.

Barry Tetra said:
This is the first time trimming the plants, can you guide me on how to do it on a stem plants?
Click to expand...

I take my aquascaping scissors and just gently snip them about half way up. You can then replant the trimming or throw them out.

Some people like to take off leaves on the bottom 1 inch of stem, because they may rot. I personally have never had this happen to me.
OP
OP

@Colin_T @WhistlingBadger Is this water lettuce? , I added 5 of these in the elodea tank 2 weeks ago and now they’re spreading everywhere! It even stucks to the cloth when I feed the fish! I hate it!
1 of them is 12inches big but others are small

The picture on the right definitely is. The pic on left looks like baby water lettuce. The one in middle (2 buckets), could be really young plants.
OP
OP

There is no way for the light to reach the bottom of the tank aren’t there? any idea?
You must log in or register to reply here.