Love is in the Air

this tank is seeing a lot of love. It’s spring, I guess!! Should I mark today as day one? And is it a couple of weeks or 60 days of pregnancy? Either way, updates to follow! (slight feeling this female molly won’t make it, though...she doesn’t look too active...does mating make the female seem a little chill and kinda just hanging out?) 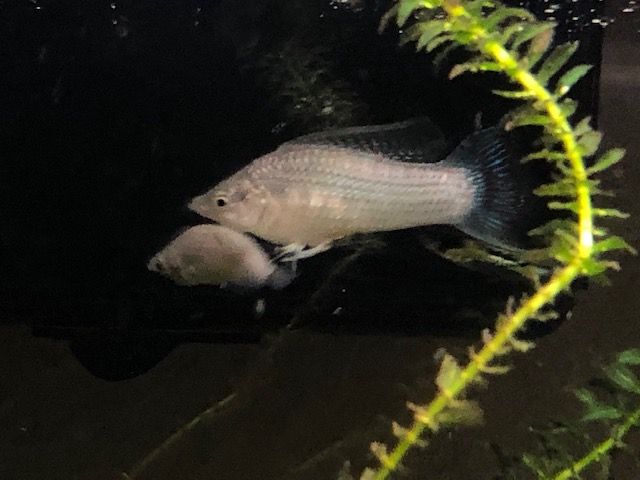 The groups of females move around rivers and waterways looking for food and places to hang out. As the groups move around a few males follow the group and try to breed with any females.

If you want a group of males and females then have 1 male and at least 6 females (preferably 10 or more females per male).

You treat the fish once a week for 3-4 weeks. The first treatment will kill any worms in the fish. The second and third treatments kill any baby worms that hatch from eggs inside the fish's digestive tract.

You do a 75% water change and complete gravel clean 24-48 hours after treatment.

Treat every fish tank in the house at the same time.

The water changes will remove most of the medication so you don't overdose the fish. The gravel cleaning will suck out any worms and eggs that have been expelled by the fish. Repeating the treatment for 3-4 doses at weekly intervals will kill any worms that hatch from eggs. At the end of the treatment you will have healthier fish.
You must log in or register to reply here.

Time for a new setup

What is this weird spot?