How Far (Pregnant) is My Guppy?

I don't want to annoy people, I'm sure there are quite a lot of threads like this. if you are willing to help, can you figure out how much longer till my guppy gives birth? (an estimation)
I'd like to know so I can put her in a breeder box to prevent her from eating the fry.... Thanks for reading. 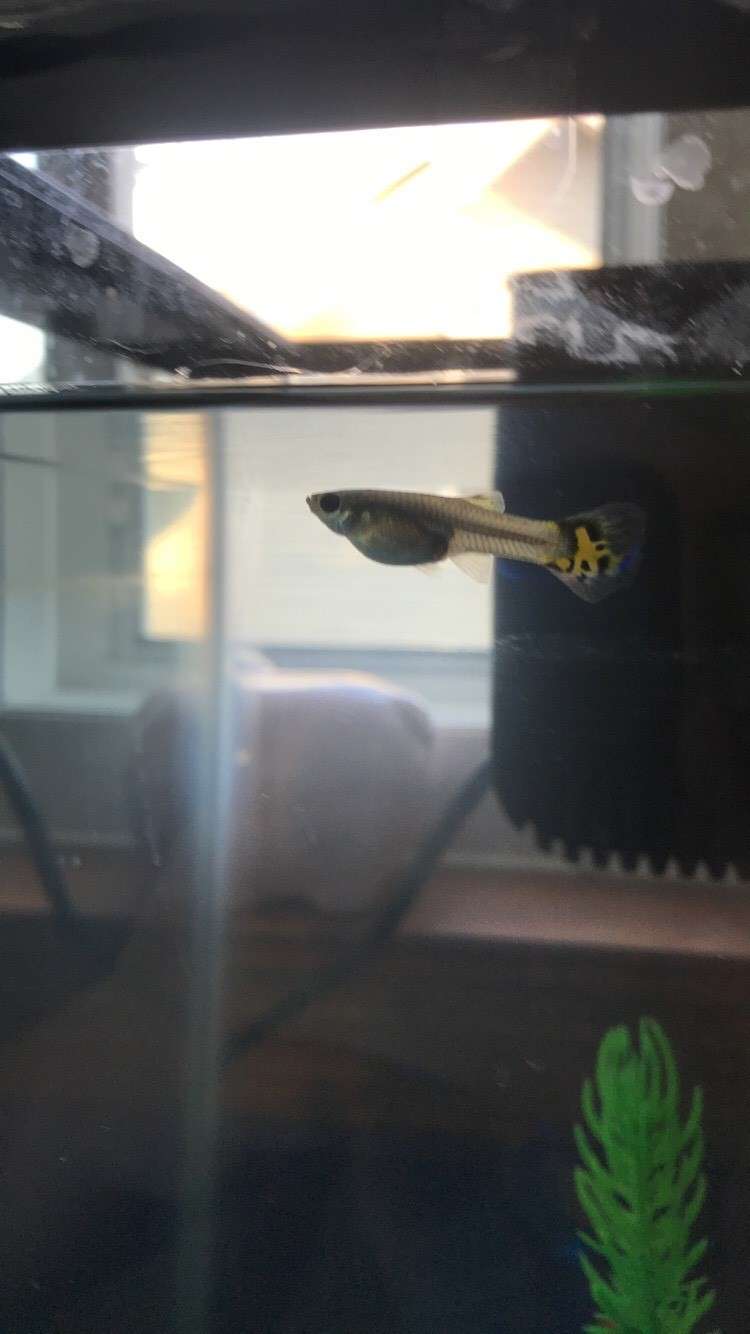 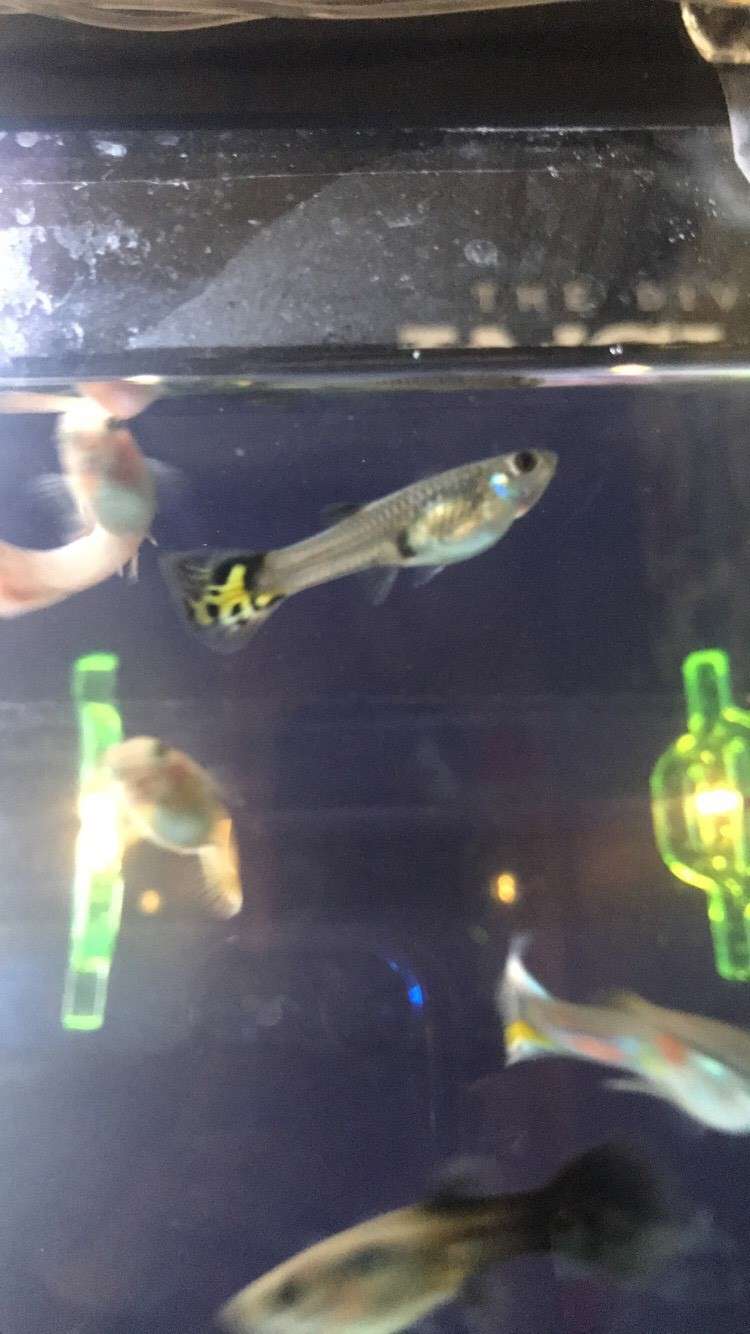 First of all, pretty fish!! Secondly, she looks pretty close!!

It is a good thing that you put her in a breeder box, she will definitely eat her fry!!
OP

It is a good thing that you put her in a breeder box, she will definitely eat her fry!!
Click to expand...

Thanks! I'll be putting her in the breeder box now, I don't want to take any chances.

Well, the first pic looks very close. She even looks squared off on the bottom. The second pic throws me though as she doesn’t look as big in that one. Don’t put her in a breeder box as that will stress her out. You can move her to a cycled QT tank and let her have the babies and then take her out.
Last edited: May 14, 2019

Hi and welcome to the forum

The groups of females move around rivers and waterways looking for food and places to hang out. As the groups move around a few males follow the group and try to breed with any females.

If you want to breed livebearers then have a tank with females and let them give birth and use up all the sperm packets they are carrying in their body. Give them a few months without being pregnant and then add a male to the tank for a week before moving him out, or move the female/s into a tank with a male for a week and let them breed. Then move the females back into their own tank.

If you move the female to a smaller aquarium that could stress her.

Make sure the tank has an established filter in it so the water stays clean.

Most female guppies do not eat their young if the female is well fed and there are plants in the tank, but will eat them when they are confined to a small breeding trap.

Also!! Make shure you have a sponge filter in the tank, or you will have chum in your tank at no time!! A regular filter will suck all theses baby’s up in a jiffy,

You can use a regular filter if you put a piece of panty hose or sponge on the end of the intake tube. Works like a charm! I breed goldies and use HOB’s on my nursery tanks with covered intakes.
OP

Captured a lovely picture of my nerite!

how long are tropical fish pregnant