Oh, and the fire extinguisher with inline diffuser is on, my indicator is telling me the levels are good, but I barely see the mist coming out which I guess is a good thing? I just wasn't sure it was working at first! 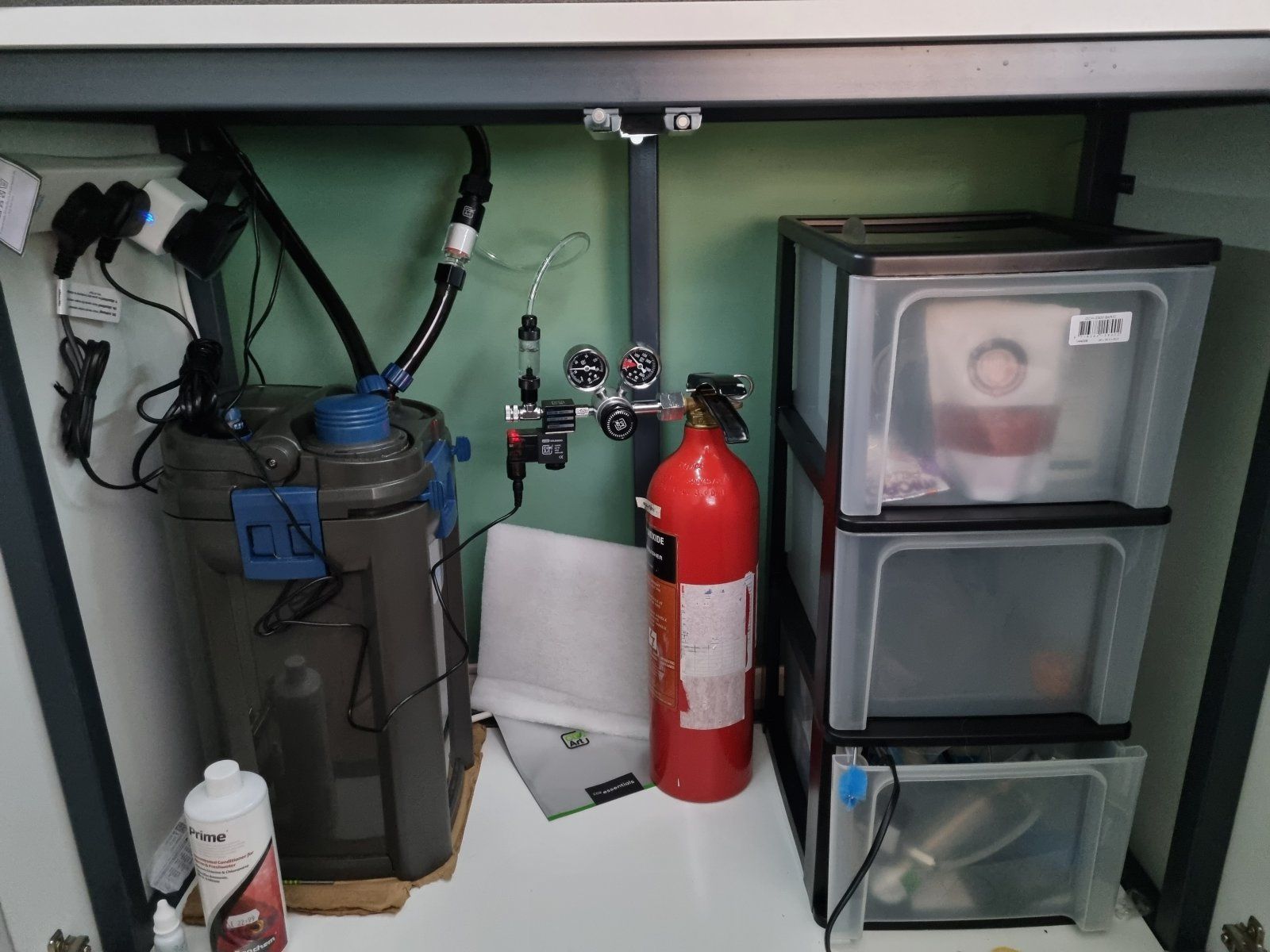 Finally took delivery of my new tank, took about 6 weeks to make and get sent out.

Shoutout to NACD aquariums for a great quality tank and cabinet made to measure at a very reasonable price, would highly recommend them to anyone UK based.

It measures 1000x500x500 with a steel stand with white cladding attached.

Here's a picture of it somewhat empty, except the usual suspect.

Mastered the water change, got a pond pump off of Amazon and 50% water change start to finish took 30 mins which is gonna save that hassle going forward! 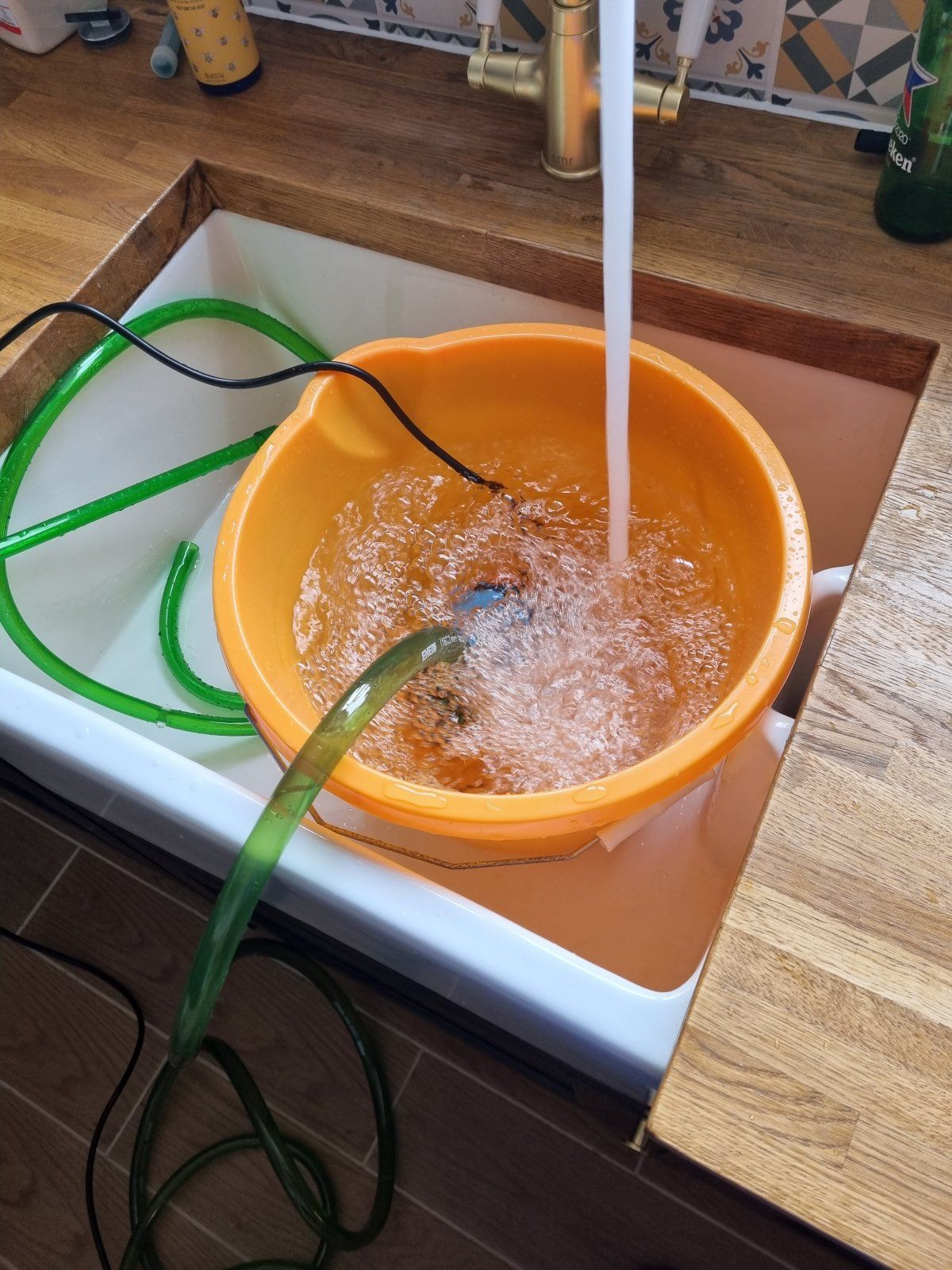 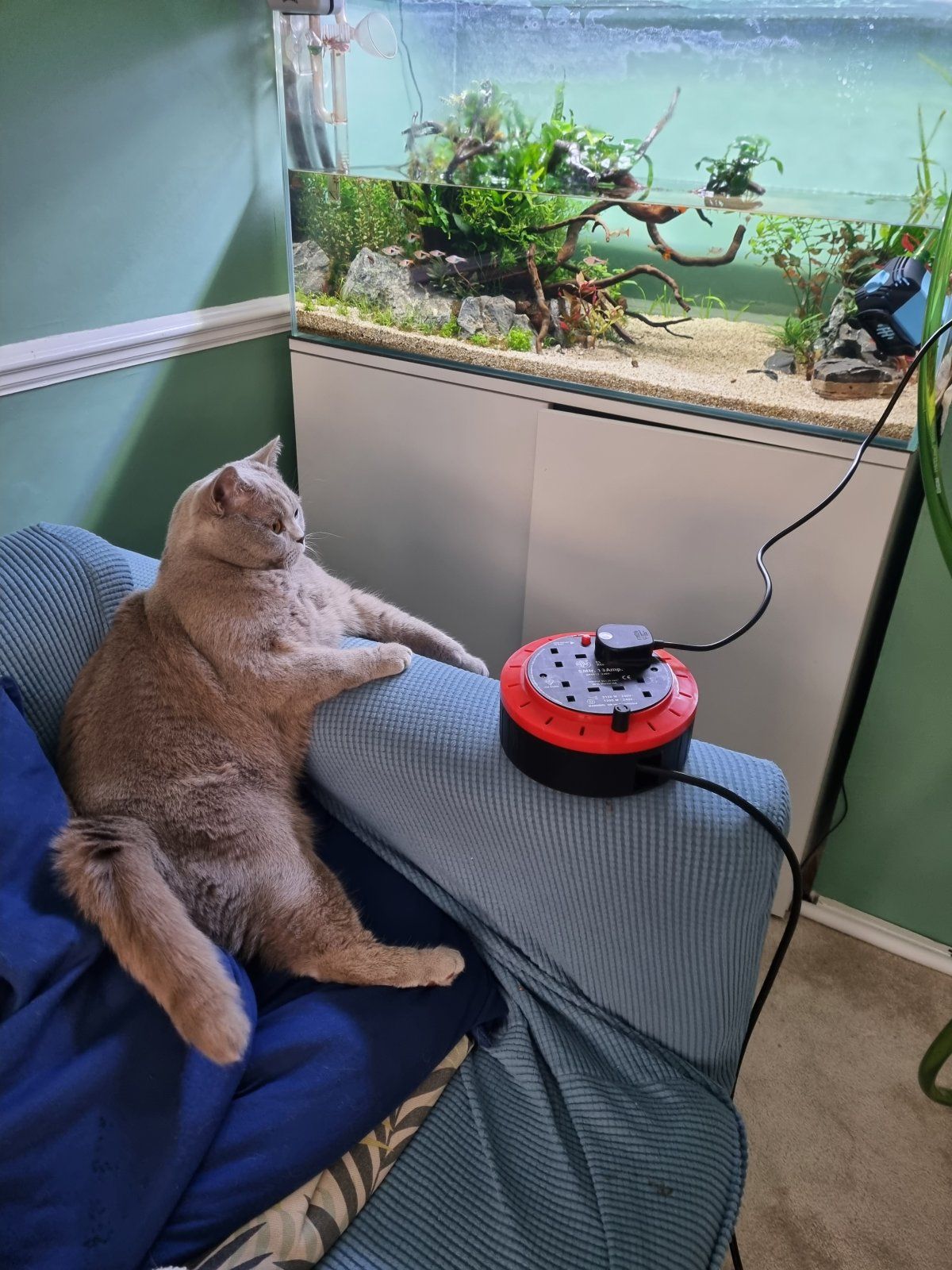 Oscars in charge of making sure it doesn't overflow.

Got some pics of the livestock, growth of plants is doing well but the guppy population needs some control.

I've rehomed 2 of the pregnant guppies back to my LFS, one more still to catch then will probably rehome the 2 males.

My tap water tells me that guppies are a good idea, but when i test my tank water hardness it's less hard and then sits a bit on the low scale for keeping guppies at. 145pph compared to 230 from my tap.

The pleco has grown loads since I got him at the size of a finger nail! 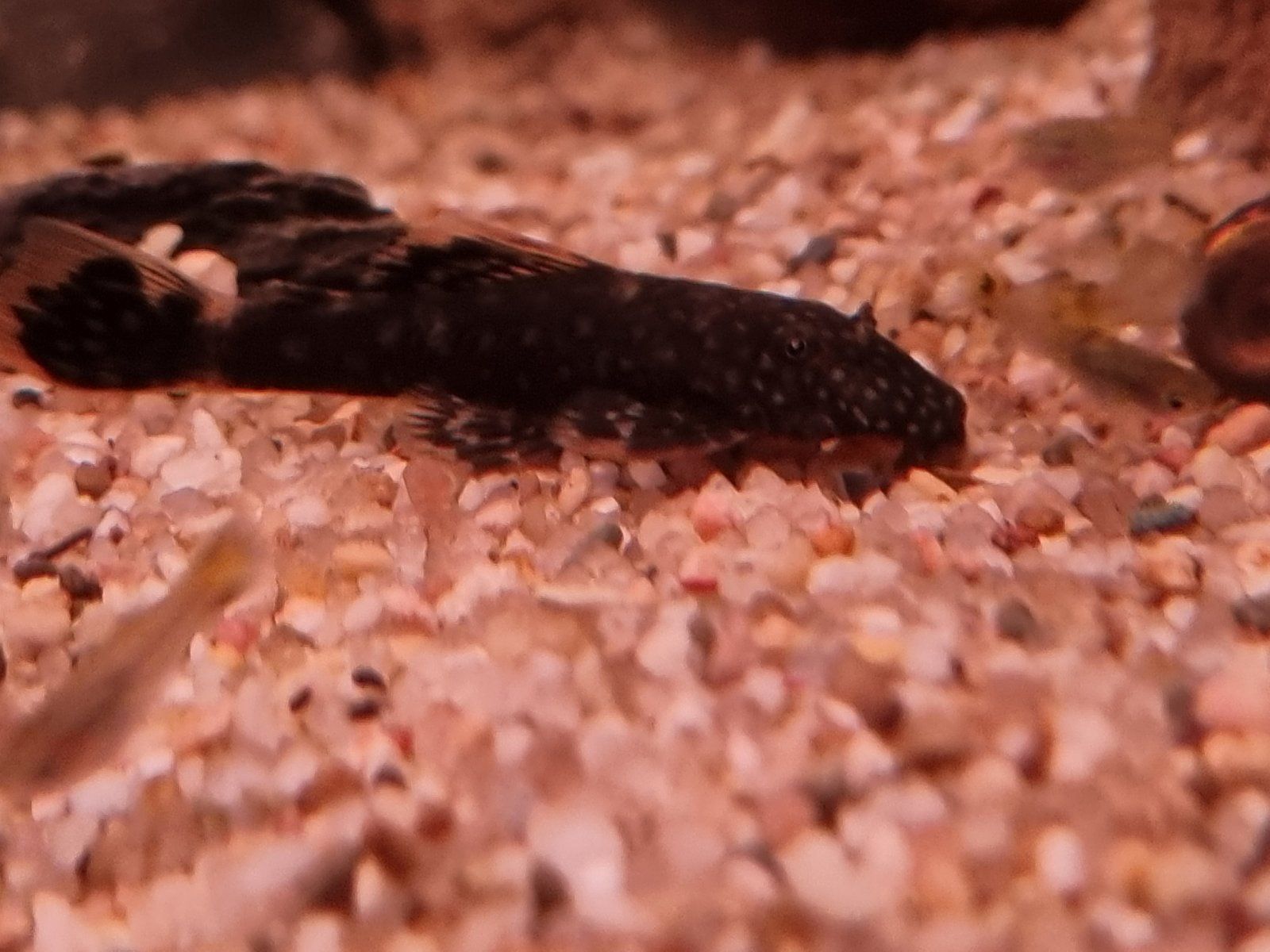 I've added a beautiful pearl gourami whose fitted in really well, a day or so of being shy but he/she is now out and about in the front of the tank more. 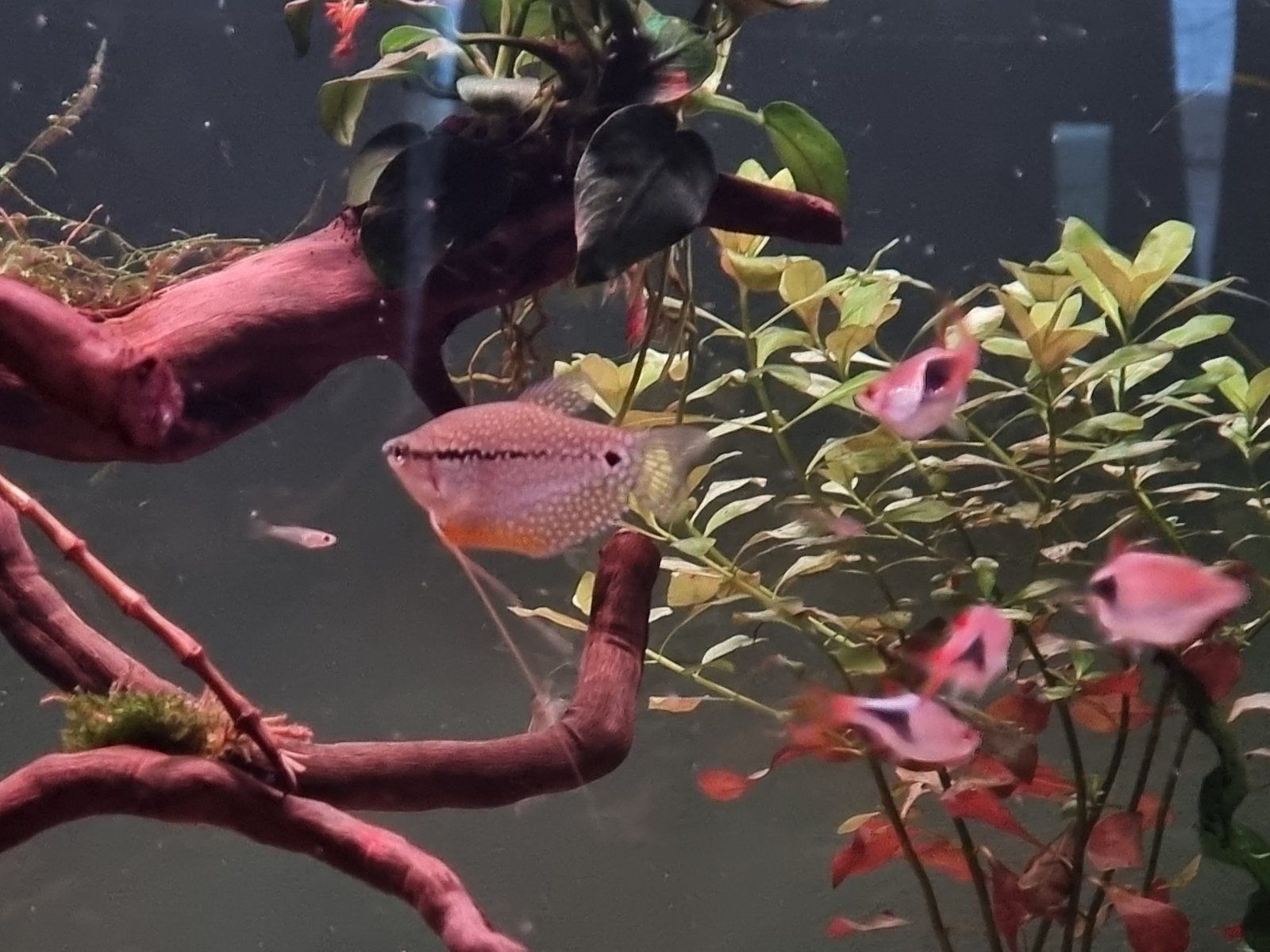 A night shot of half of my amanos on a algae wafer. 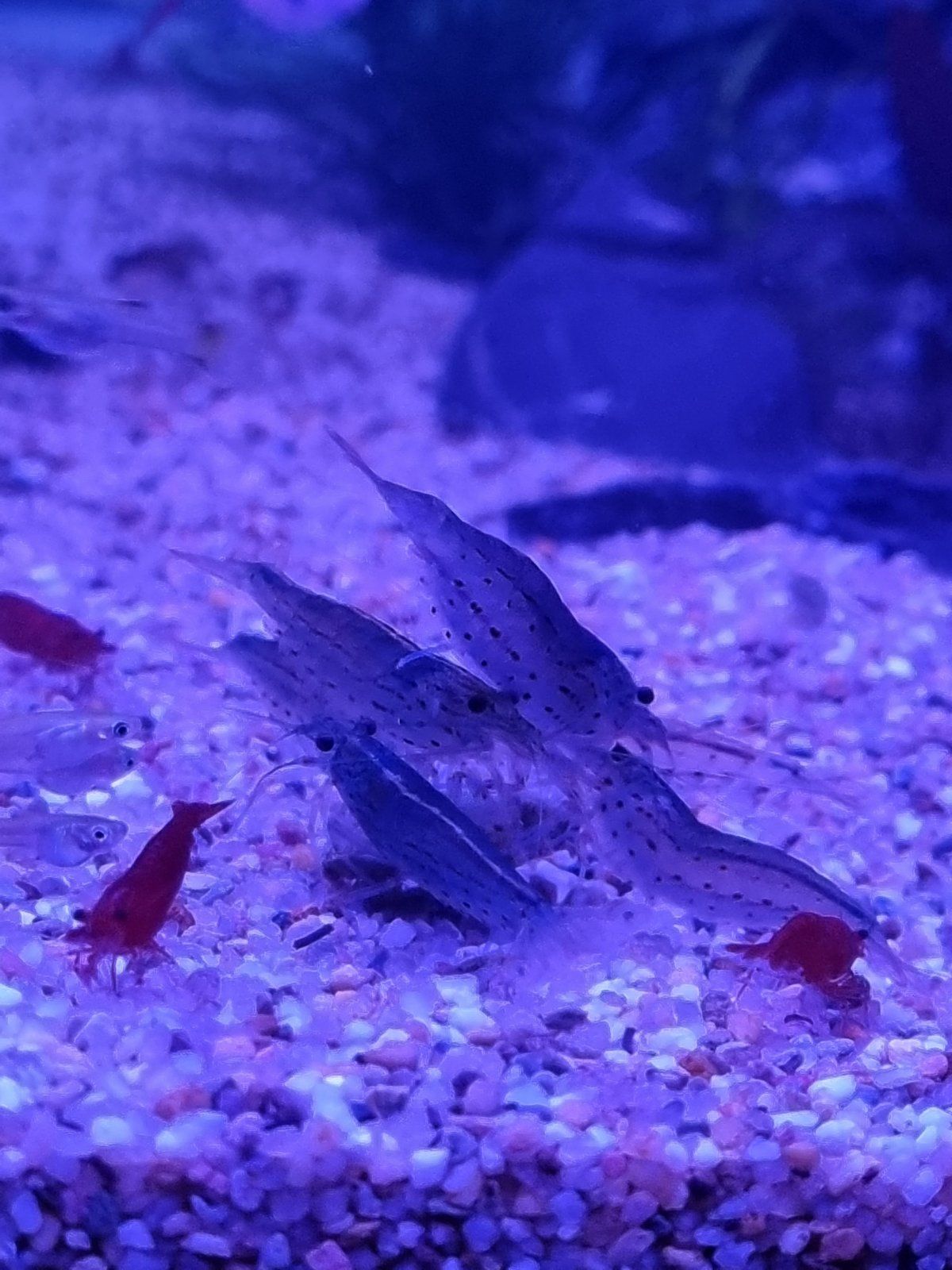 This is the more difficult shot to get but my original rasboras that I transferred from then fluval flex doing great, will probably increase the school size to 12 once I sort out the guppy fry. 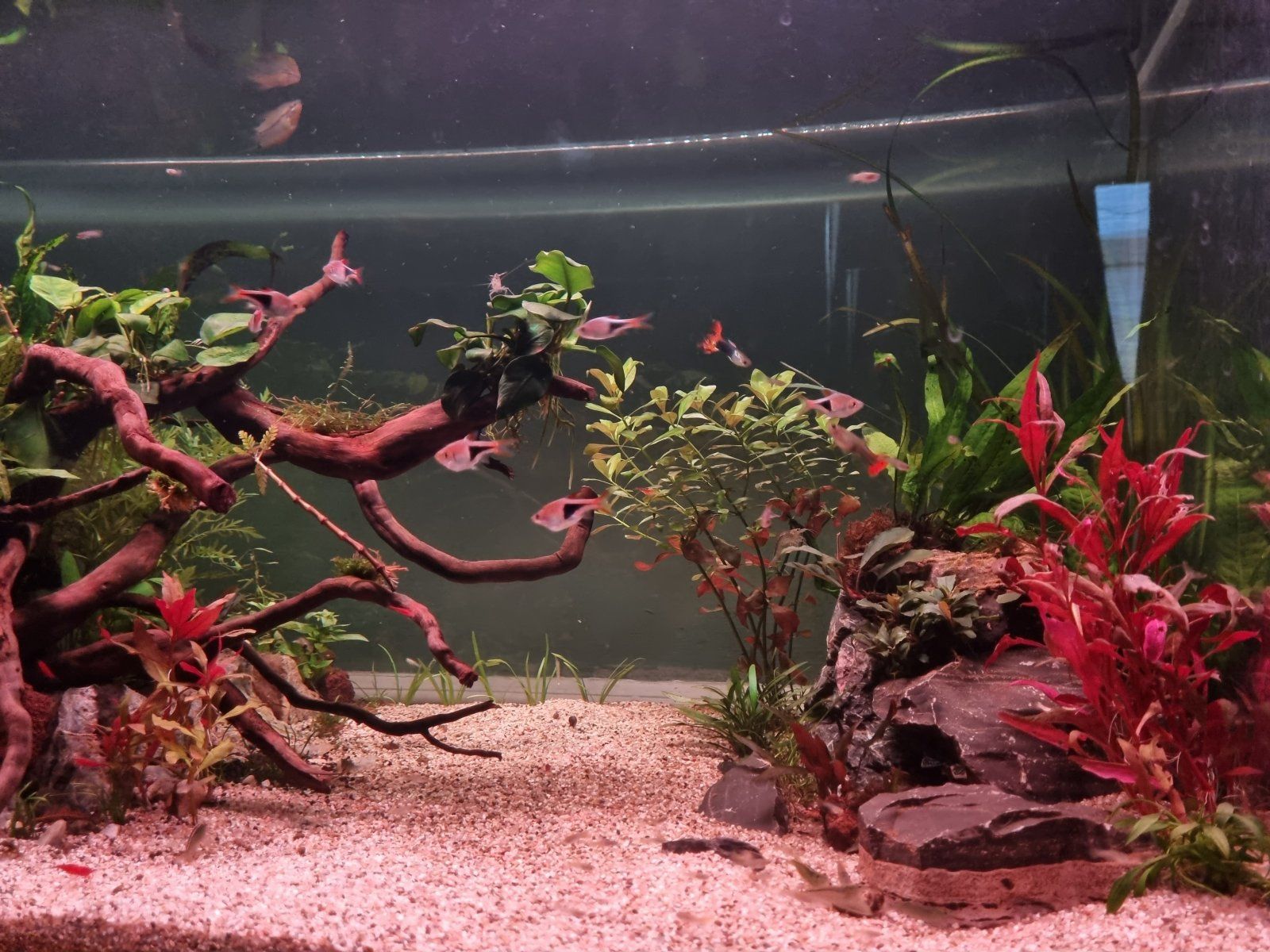 Here is a small amount of the guppy fry, I think there's about 40ish from one birth! 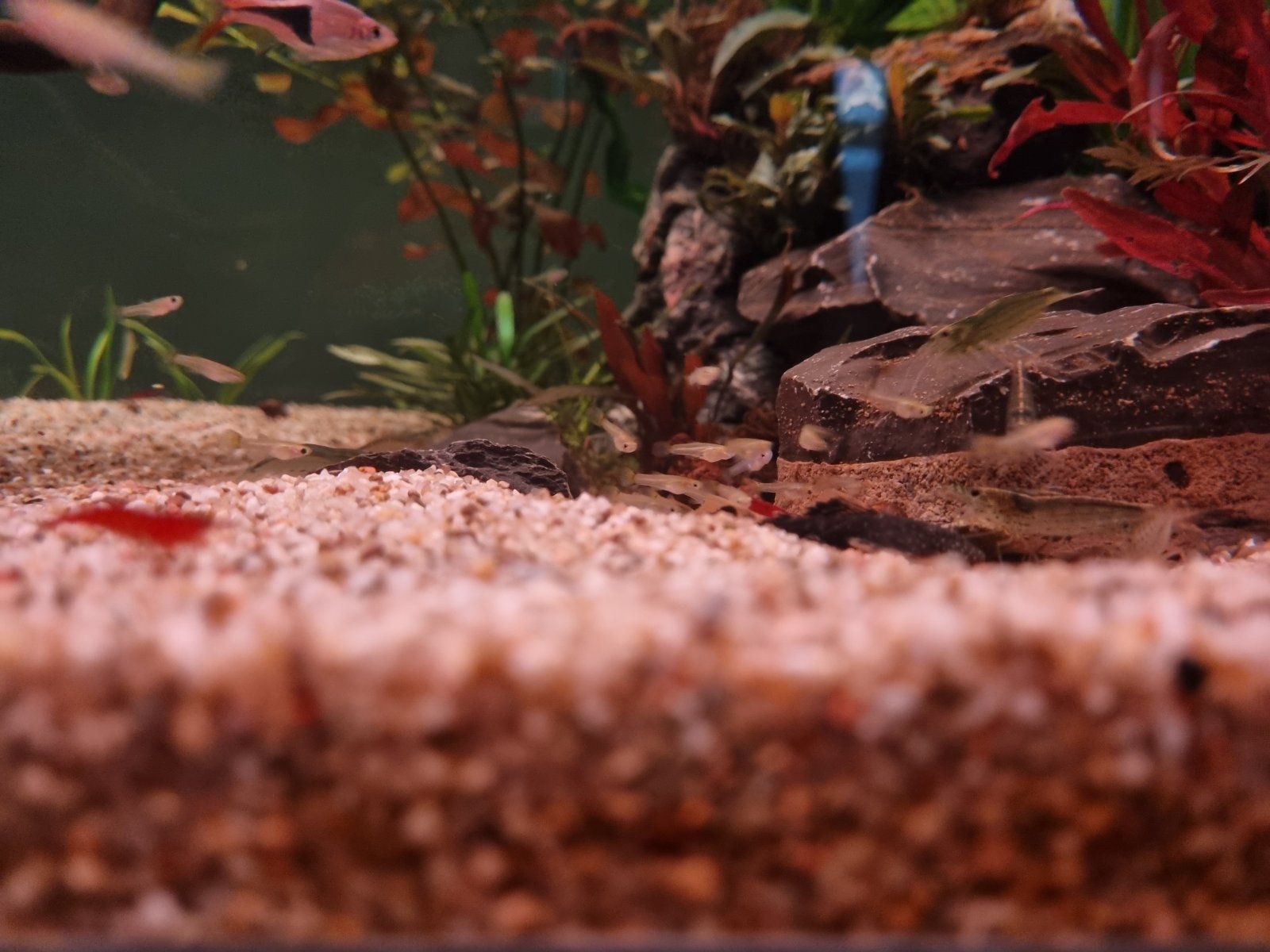 Looking really good pearl gourami and harlequins are such a classic combination.

Interesting on your water hardness I don’t think Co2 lowers your hardness but depending on your buffer it will lower your ph.
OP
OP

This was pre co2, I'm not sure what does it but had a similar situation at my old flat and the fluval which isn't too far from where I am now, similar tap water hardness but tank was 179ppm.

The similar factor would be the seiryu stone, but I would have thought it would harden the water.

Little update on tank, growth has really taken off but the reinecki I think was sat in too strong of flow as it melted a lot, I've moved it to the back of the tank to try save it but think it may be a goner. 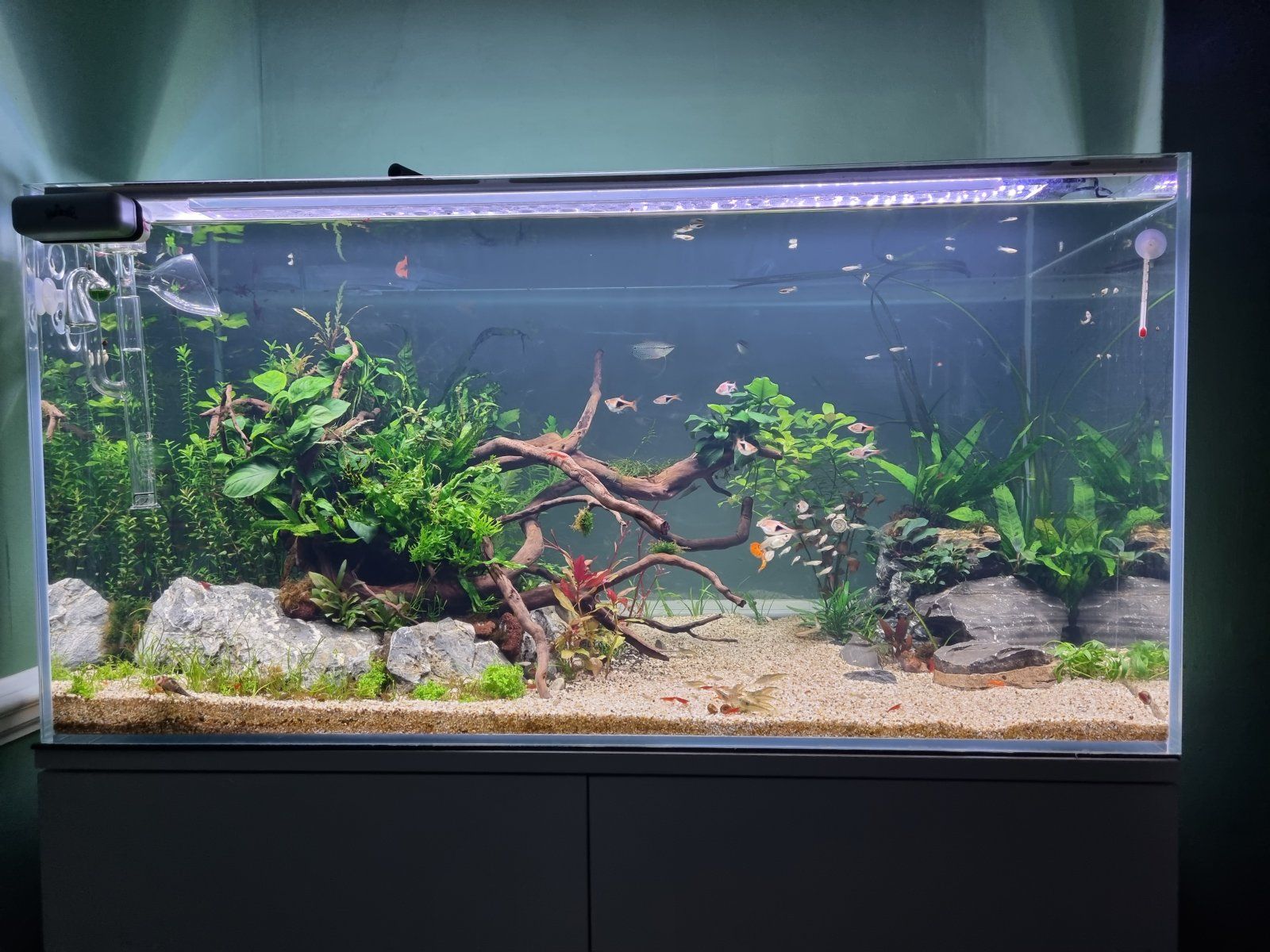 Started rehoming guppy but still cant catch the final female, picked up a second pearl gourami I'm unsure of sexes yet but they're getting along well. 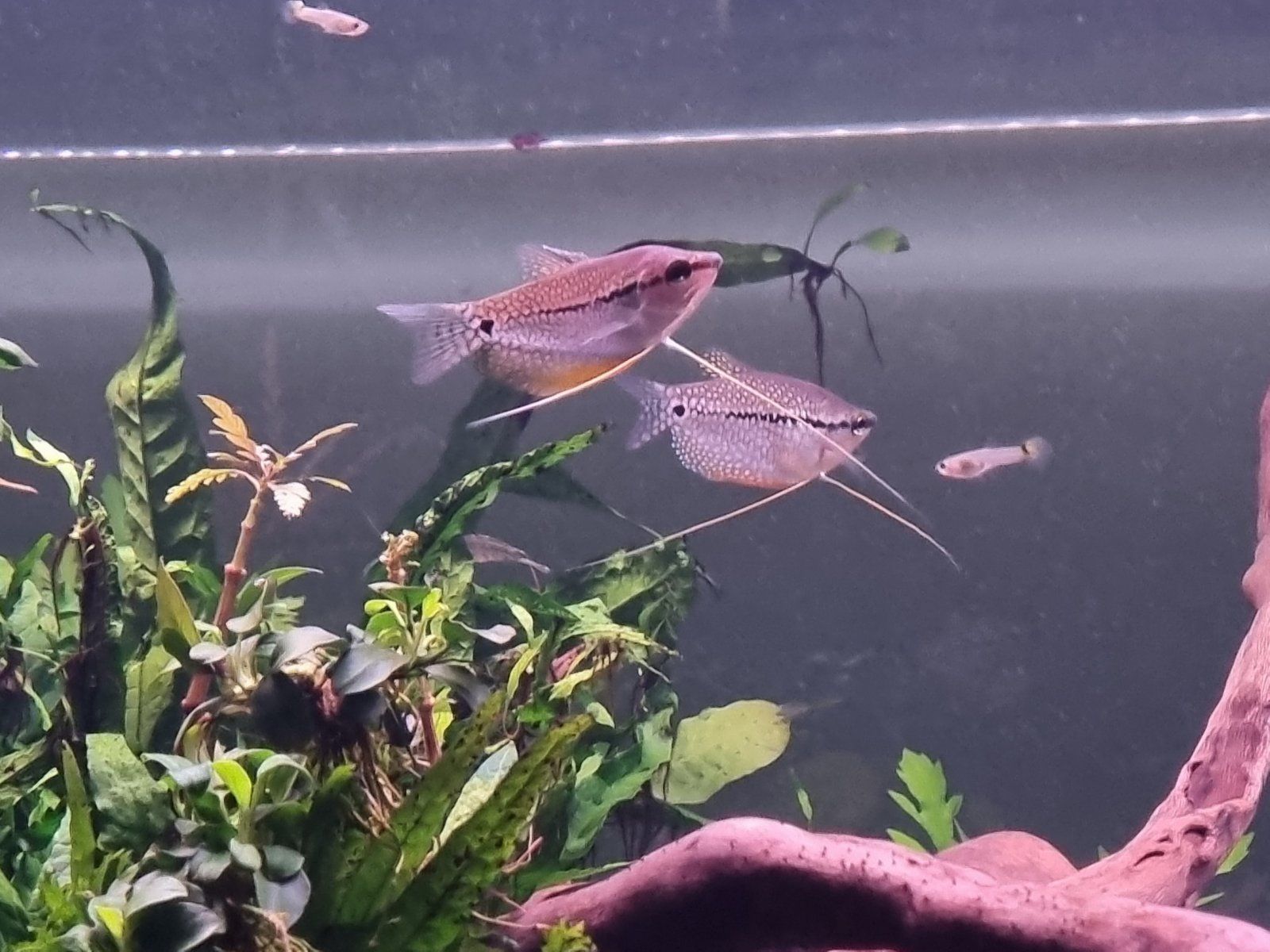 Looking great can really see the growth. The wide shot really shows off how full of life the tank is!

Your lighting looks different on some of your pics - do you change the colour profile?

Wills said:
Looking great can really see the growth. The wide shot really shows off how full of life the tank is!

Your lighting looks different on some of your pics - do you change the colour profile?

It's a nicrew 24/7, works like a sunrise sunset cycle with I think it's 6 hours of blackout 12-6am. Seems to be doing well, little to no algae problems yet.

For the FTS I pop it onto Max light, but the rasboras when shoaling in the evening is when their reds really pop under that part of the cycle.
OP
OP

Growth is going strength to strength, I've been quite lucky as no considerable algae outbreaks or issues to deal with.


FTS- The right side needs some trimming but enjoying the size atm. It's almost growing into an archway. 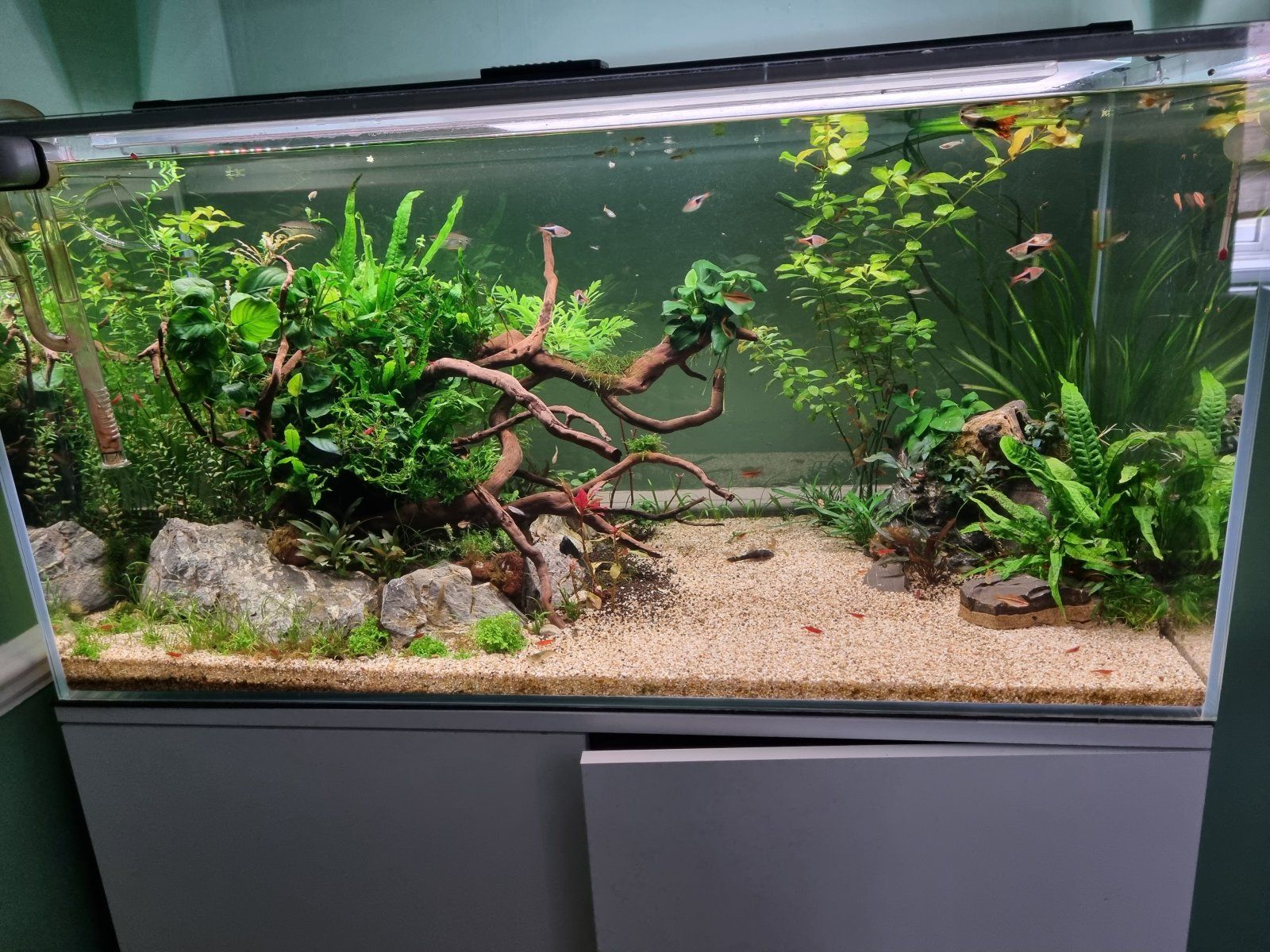 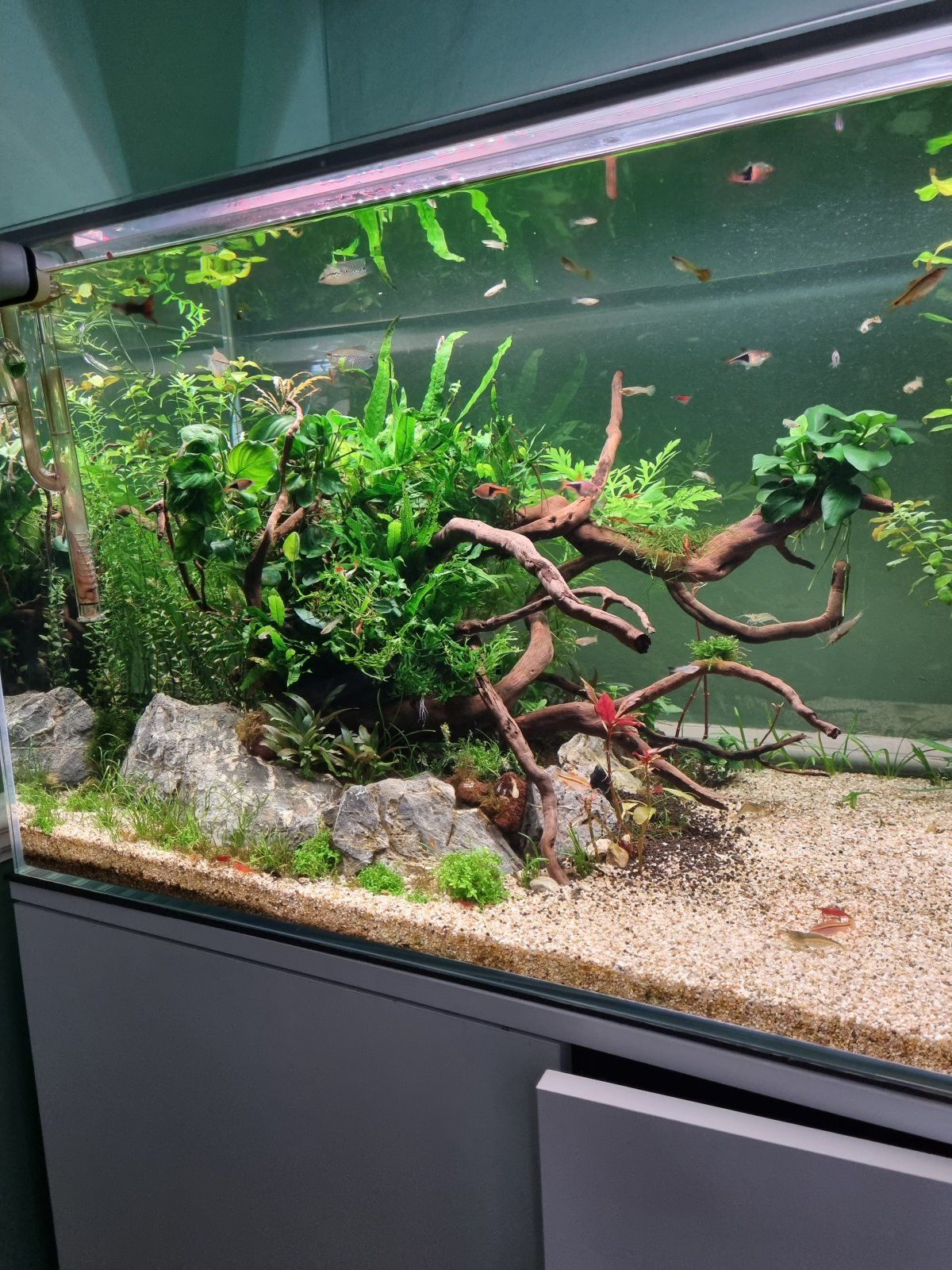 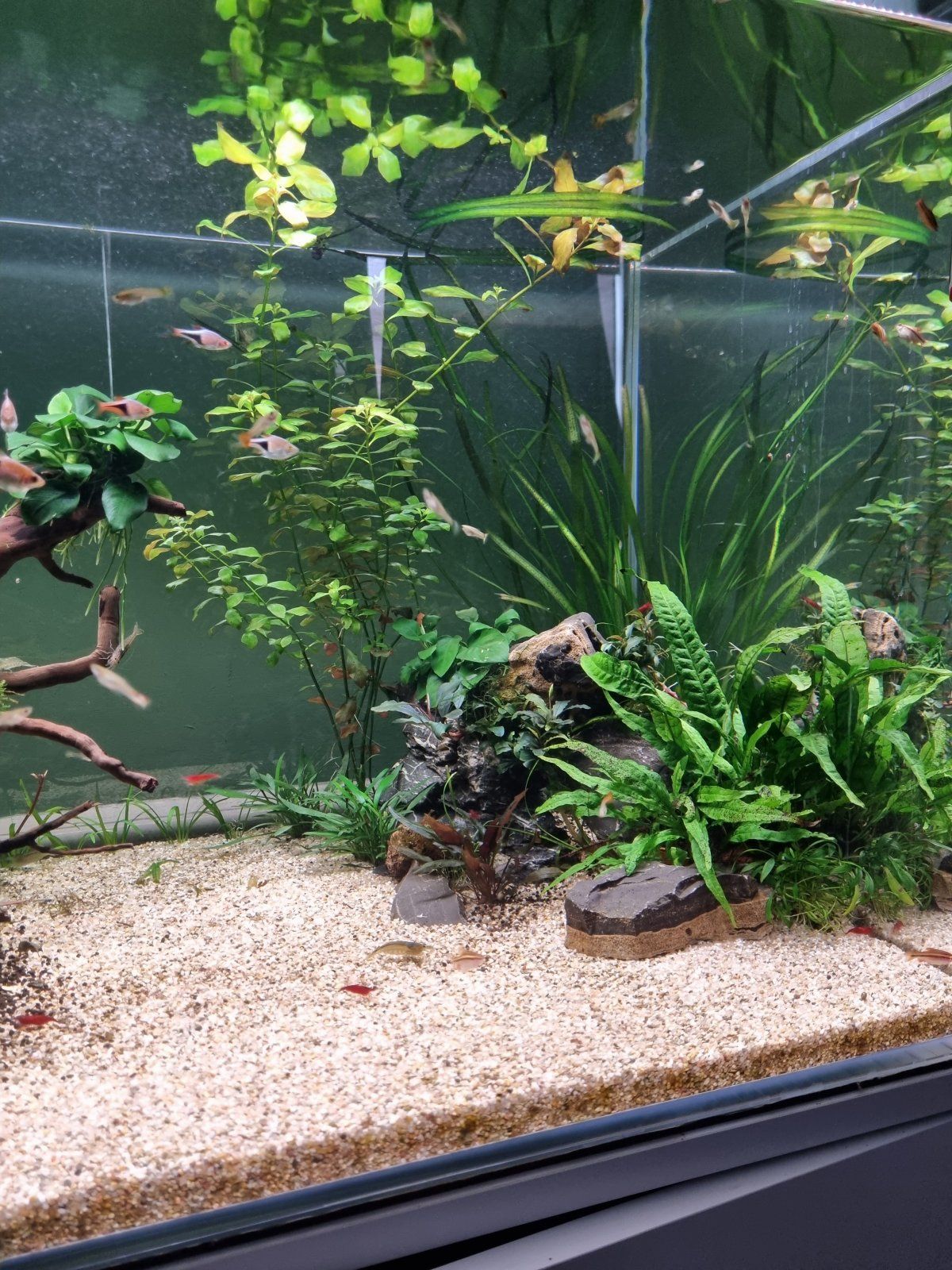 A growth picture of the pleco, I sometimes forget how big she was when I first got her! 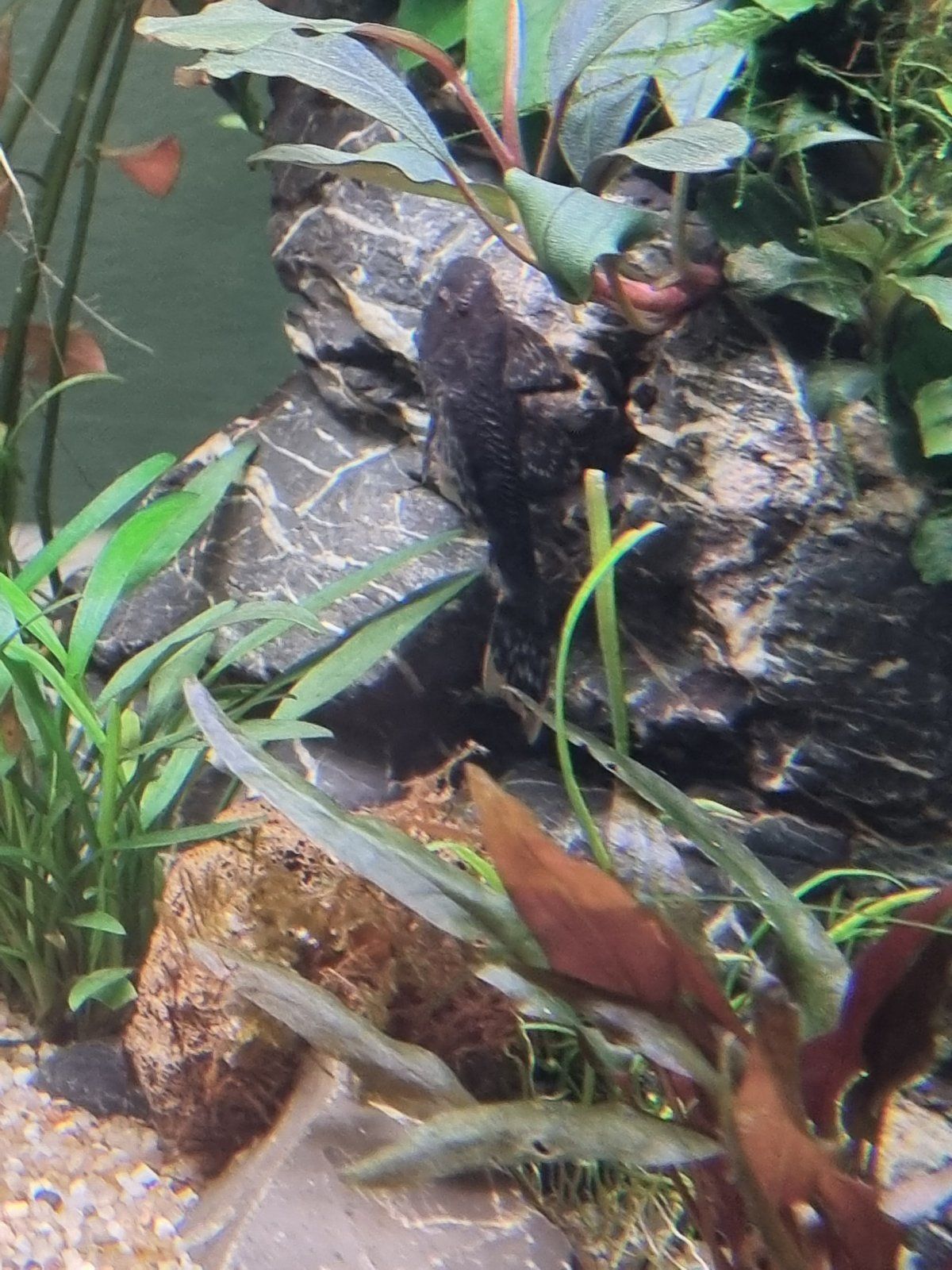 T
Nitrites not going down.