Vote Now! Tiebreaker runoff for March 2021 Tank of the Month 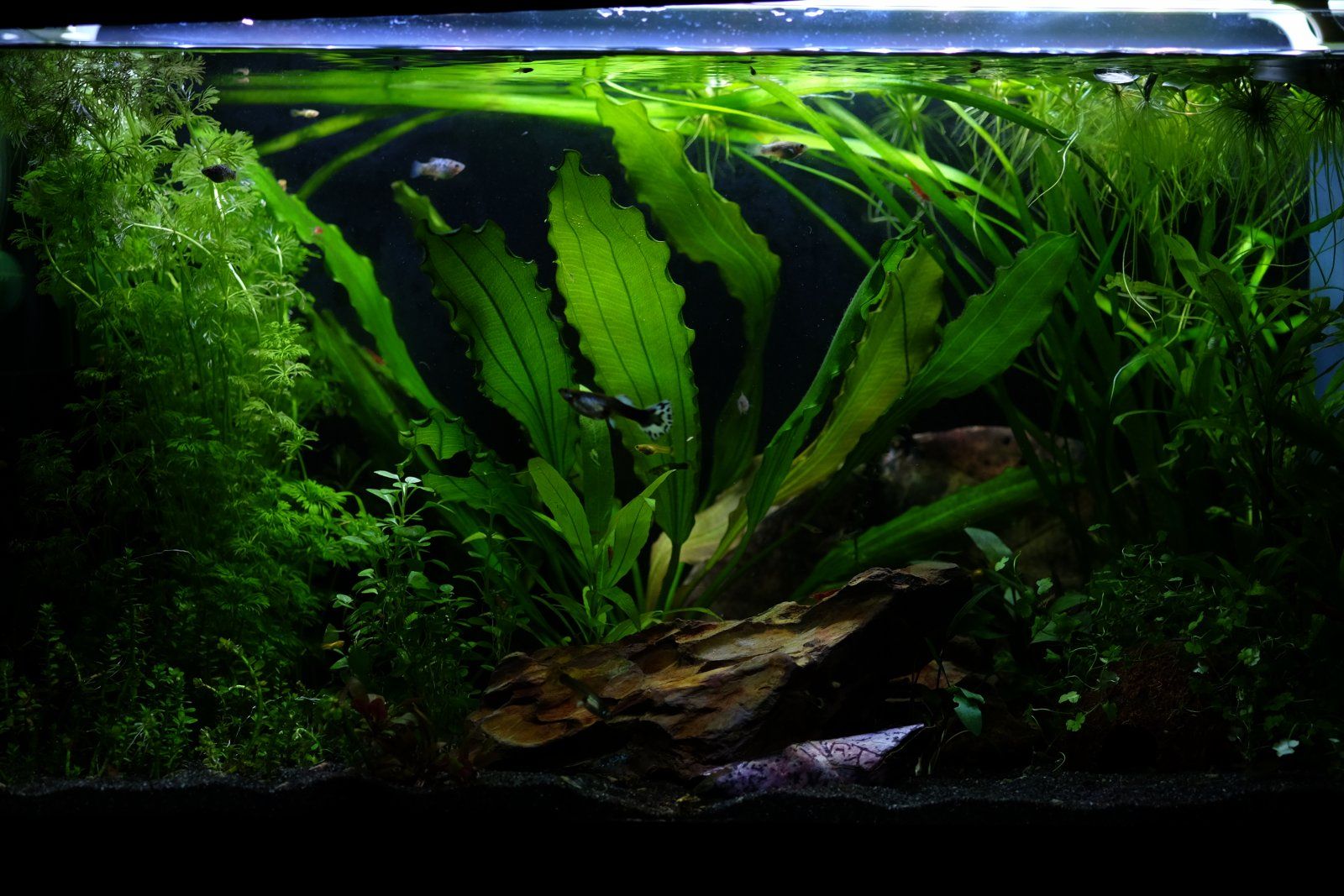 60 litre/15.5 gallon planted tank, started as an emergency tank in August 2020 after my shrimp were being poisoned by plants contaminated with pesticides. You can read about that here, if you're bored enough to check it out! Luckily, moving the survivors to this tank with new sand and only in-vitro grown plants saved the colony, who are thriving and reproducing in here

Feeding schedule: Usually small meals twice a day, flakes once, frozen food once - mixed frozen foods, usually some daphnia/cyclops/moina since it's small enough for fry and makes a cloud in the water column, letting everyone feed, and the adult fish like it too. Smaller amounts of frozen mini bloodworms, brineshrimp or tubifex for the cories and adult fish. Cory pellets and wafers used at different times, shrimp live on tank algae, the same pellets as the cories, occasional Shrimp Cuisine and snowflake food. Brineshrimp with spirulina. Live food when I can get it, microworms fairly often since they're small enough for fry and I have colonies of microworms going. Feed small meals 3-4 times a day when there are fry, like there is currently. Have been trying a bit of veg now and then to try to tempt the cories to eat some. I like to feed a variety! Change it up often.

Maintenance: Frequency and volume of water changes differs according to stocking. Minimum of 50% once a week, but more often as fry grow and increase the bioload. Since it has shrimp, I don't like to do more than 50% at a time on this tank, and nitrates are always below 20ppm when I test, rarely go above 10 ppm, so it seems to be balanced pretty well. The frogbit sucks up a lot of waste.

Plant trimming as needed. Sessiliflora is planted around the sponge filter to hide it, frogbit needs thinning out and the roots trimming back frequently, every water change it gets thinned out.

This is currently the female only tank. I'd kept a young female that had been born with a prolapse. Don't want her to breed, didn't want to cull, and wouldn't send her to the store, so she'll live out her life with me. Named her Cherry, and have kept two other females to keep her company.

I'm trying to wind up livebearer breeding/keeping, but it's a long process! Those two females are still churning out fry

I want to switch the male/female tanks I have since catching fish out of this tank is a nightmare, really not suited for catching fry - It inevitably ends up with a load of plants uprooted, which doesn't help them thrive! So this one will become the retirement tank for the male guppies I'm keeping, the females will go to my other 15.5 gal tank, and the fry to the grow out tank. Cories will be moving to a 57 gallon tank when they're a bit bigger/the 57 gallon has been revamped (lots of projects on the go!)

Also toying with the idea of making this a themed tank! I think creating a naturalistic, fairy or hobbit type scape would be really fun, and suit the male guppies and shrimp pottering about I've been training the hydrocotyle tripartitia 'Japan' to grow over the coconut hut at the front right, the cories and the shrimp love that little hut. Also create little caves out of Indian Almond leaves that they like to hide under.

Just a few days left to vote in this tiebreaker poll. If you haven't yet voted, please vote now. Winner to be announced early Sunday morning.

Said goodbye to our beloved dog, Jack - feeling guilty as well as devastated.