Location
Smack Dab in the Center of the Good Ol' U.S. of A

Care: These amphibians are easy to keep. They aren't picky about the temperature, which can be coldwater or tropical. Rubber Eels can't be kept with small fish, as they will eat them. Avoid keeping with very aggressive fish. The tank needs to have a tight-fitting lid, as these animals will escape if they find a way out. If you do have any gaps one the lid, it is best to cover them with plastic bags, then the Rubber Eels won't try to escape through the bag. They can survive as long as an hour outside of water, as they don't have gills, they actually breath air. These amphibians aren't picky about pH either. It can be acidic or hard. Sand or a very fine gravel is the best substrate for these amphibians, as they enjoy to burrow. Mine enjoys swimming trough holes in piles of rocks I've made. They can be kept in a tank as small as a 30 gallon.
'
Feeding: Feeding is easy as they enjoy being fed bloodworms, although they may take krill.

Sexing: Females are 'lumpy', or they have a lot of small bumps all over their body.

Breeding: Unknown. Most breeding of Rubber Eels is accidental, as you suddenly find out that there are more Rubber Eels then before.

Comments: Rubber Eels are awesome. They can live anywhere between 5 and 20 years. They are suceptable to disease if their slime coat is removed by too much handling. If kept well, these amphibians can be kept for a very long time.

Are you sure about cooler temperatures being fine for them? where did you find this info? My ones are kept at 27-28c, from what ive been told and found online they prefer quite warm (25-28c) temperatures, my ones ph is usually slightly acidic, at 6.9. Location
Smack Dab in the Center of the Good Ol' U.S. of A

Rubber Eels are actually temperate climate amphibians, so they can be kept in either cool or warm.
Cheers,
GobyMaster

I have never heard of them being kept at cooler temps either. All the info I have read and people I have talked to say they should be kept at around 80oF. I have been keeping a pair in a 55 gal tank with 3 boeseami rainbow and 9 rummy-nosed tetras. They are both still young and are at about 15" now. I have had no problems with them at all. I feel that they can be kept with small fish without any problems. Something that hasn't been mentioned yet is that these amphibians are almost completely blind and rely mainly on their sense of smell, which is excellent. Keep this in mind when picking tankmates. Avoid any small bottom feeder fish like corys and small loaches. Also try to avoid any fish that sleeps directly on the bottom like some livebearers do. I don't think I have to mention it, but if they are not fed properly they will try to eat their small tankmates.

Mine are fed earthworms, the same ones you use for bait. They go absolutely crazy for them

. I also feed them precooked shrimp from the grocery store every once and a while, but they perfer the worms more. Mine will also eat fozen silversides, but because of their tankmates I don't feed them those. The will also eat krill, but if I stop giving them worms they slowly stop taking the foods I offer . I hand-feed mine, mostly because I enjoy it. They have learned to associate my hand with food, so if they are hungry and my hand is in the water. They try to eat it

. Mine are handled gently, but never restrained.

I have also hear that females are lumpy, but IMO females don't seem to be any lumpier than the males. I was taught on Gymnophionia.org(great site), to look at their anus(it has some special name, that I can't remember). The animal has to be sexually mature and I'm not exactly sure when that is. With males the white area around the anus will be round and larger than the females, which will be oval. For example, the pic that Kevin_D posted is female.

Also for those looking for rubber eels, be aware that it is illegal to export them out of the counties they live in, because of this it is also illegal to import them. They are still imported as a "unknown eel" which is illegal, because they are not really eels. It is illegal to own a illegally import specimen, but it is not illegal to own or buy captive breed specimens. This topic is quiet confusing and is discussed in great detail here . 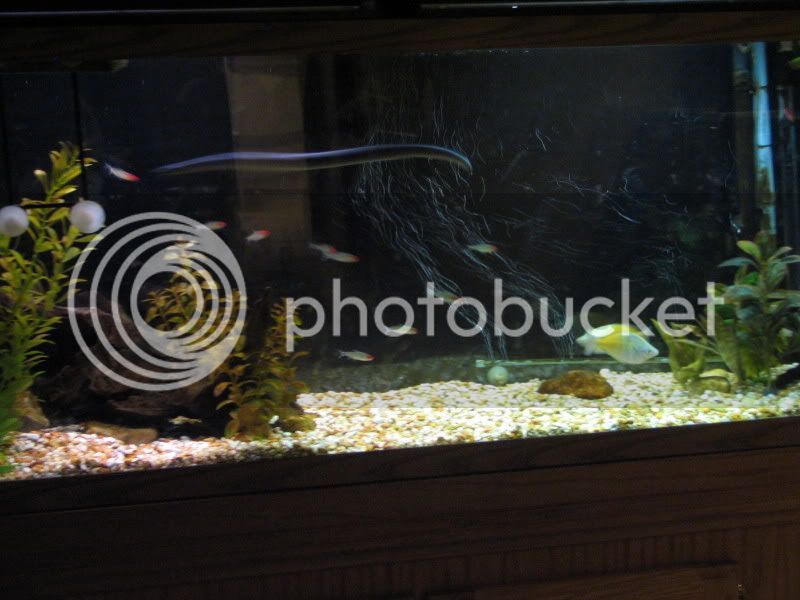