I got them to hold still for a moment, and my favorite is colored up this time 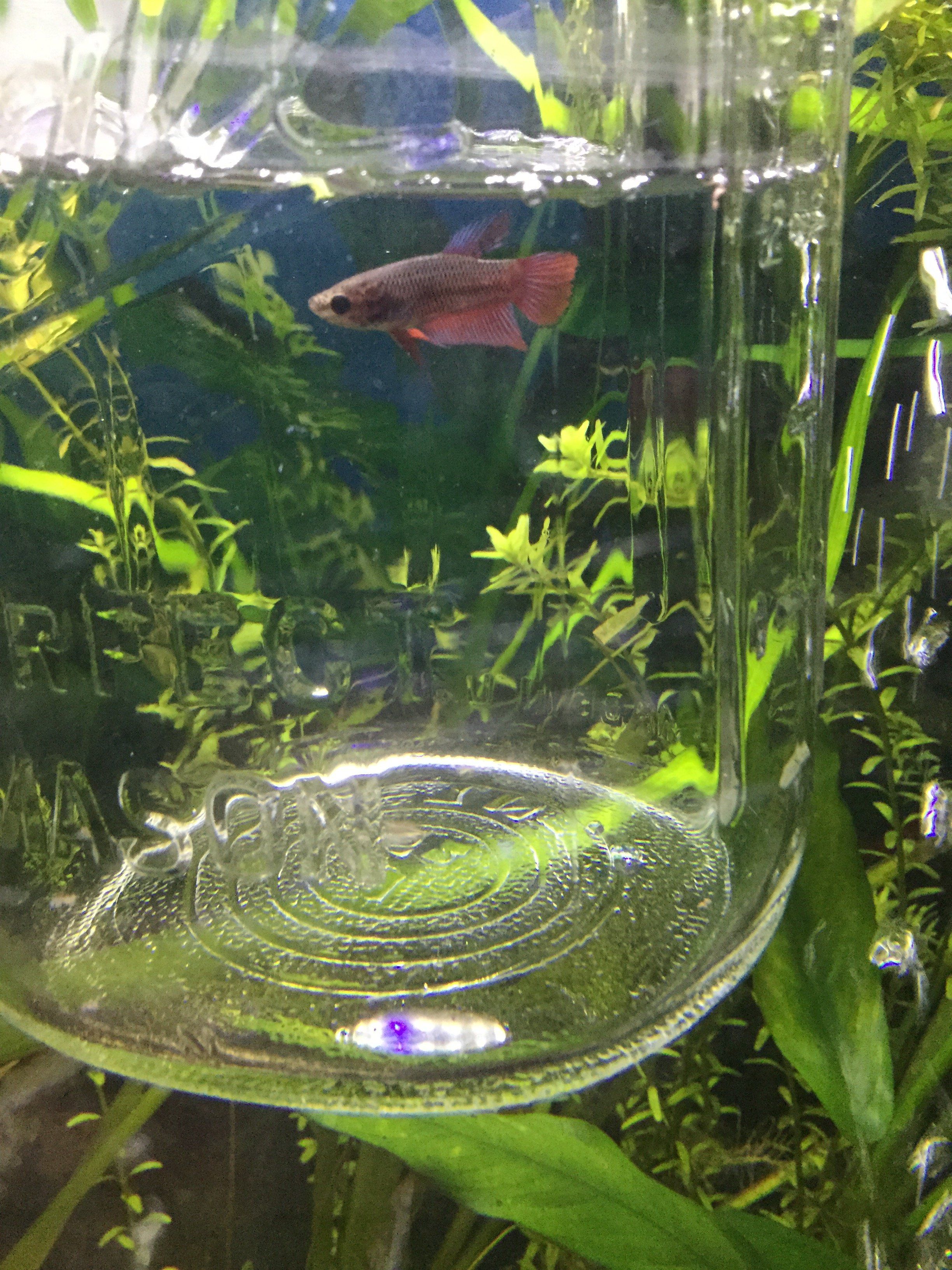 His neighbor, who apparently takes after mom. 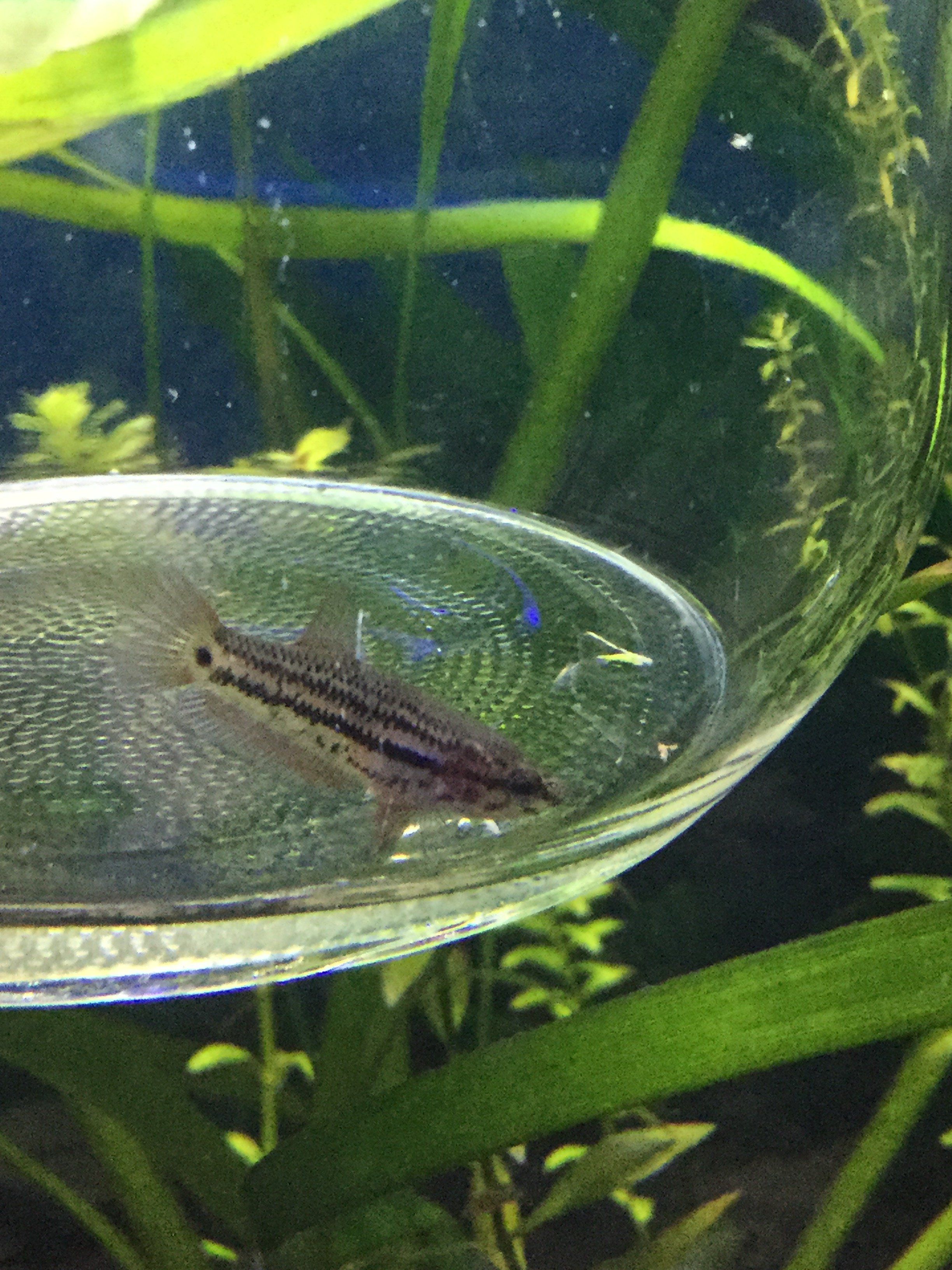 Same, I need to come up with a solution so I can keep one or two of the males. I don't like splitting tank but I just might have to.
OP

The boys are coming along nicely. I just took this today, they are really starting to grow faster now. They've got a lot of attitude too. 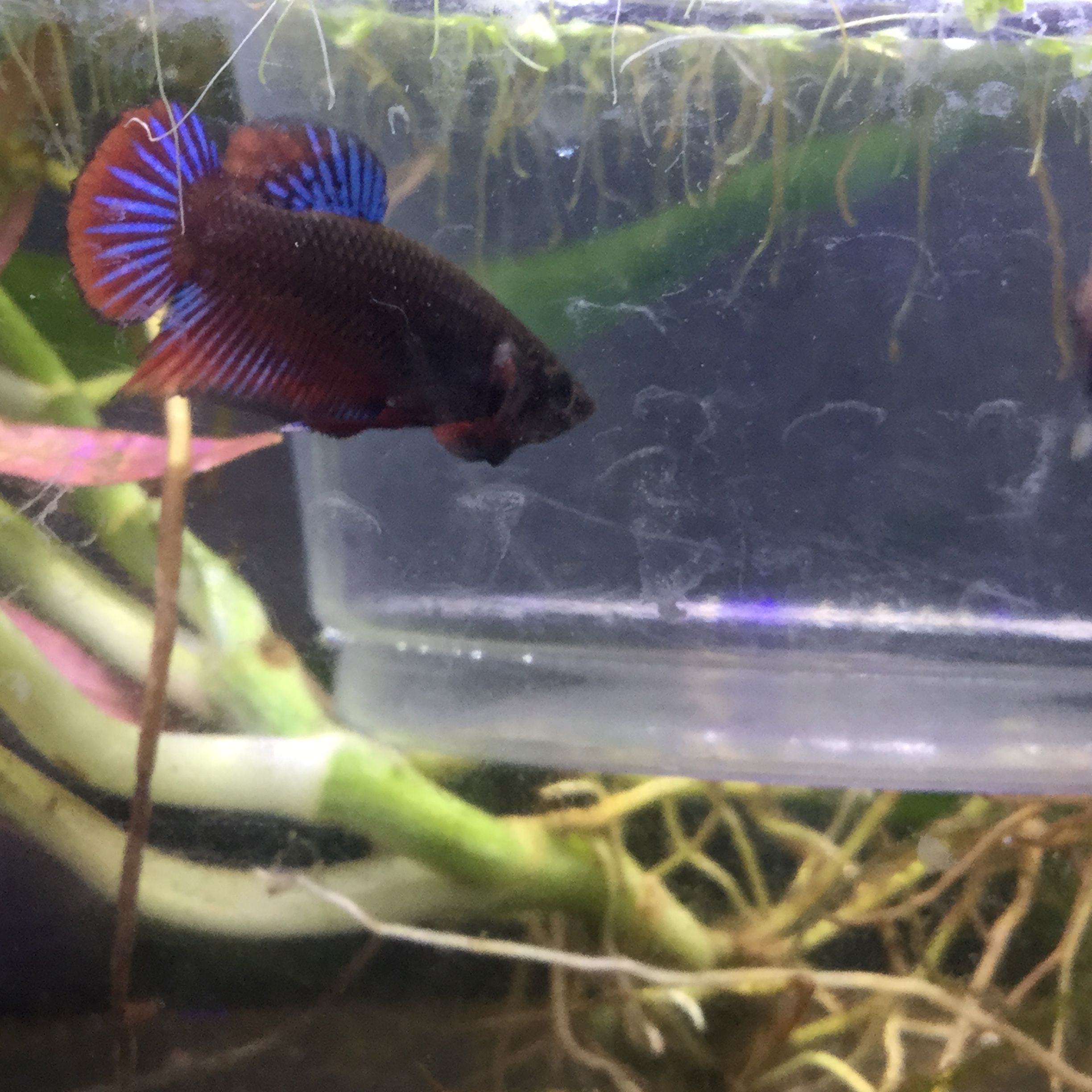 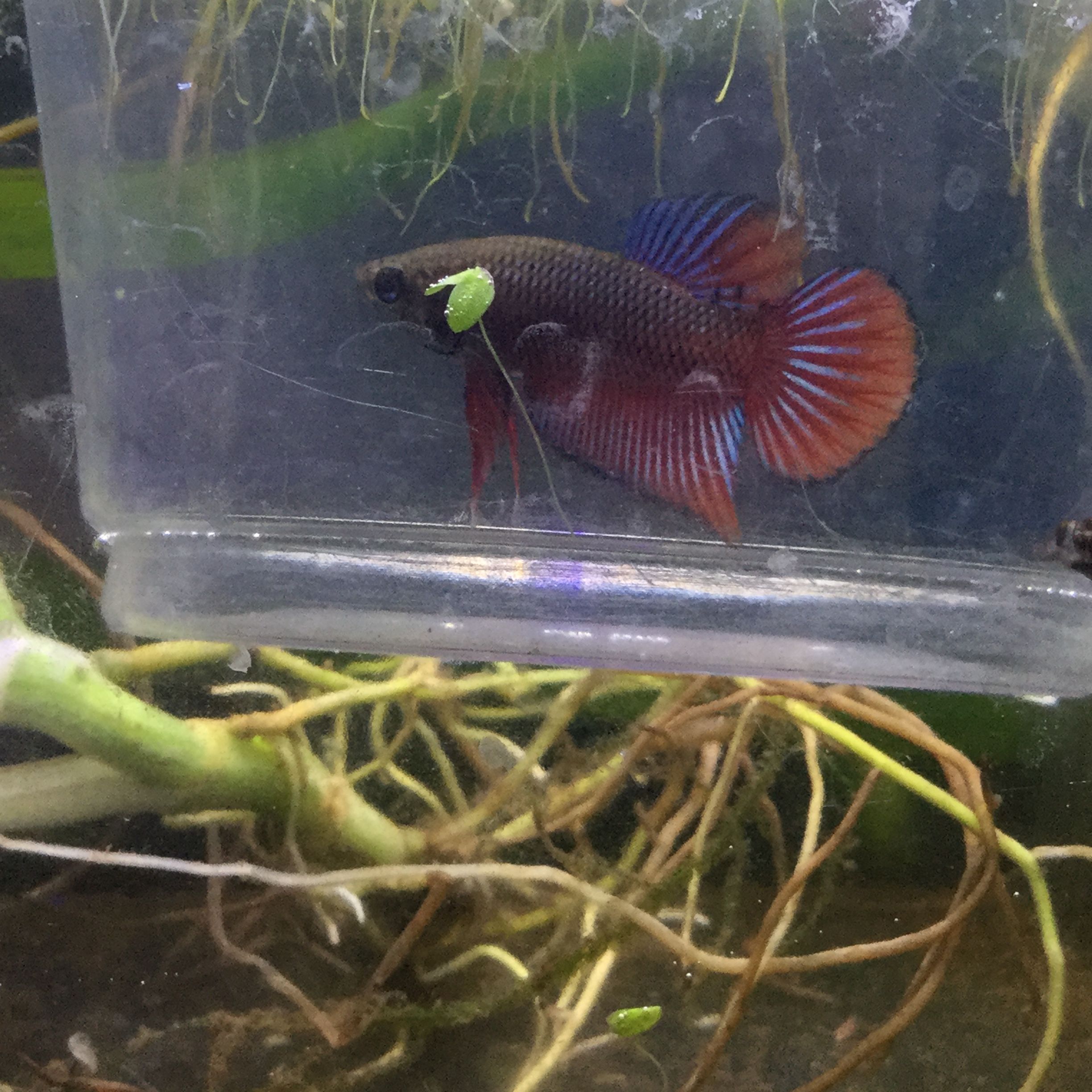 So far I think there's 3 males, one is still not colored up and gets along with the others. I've actually tossed the larger fry into the sorority to grow out a bit. Reds seem to be the majority of the color, everyone takes after mom.
N

Fry are doing good and I'm pretty sure I've got another developing male in the 10gal. So that makes about 5 males out of 18ish fry...not very good odds.

This is the favorite, very dark boy who resembles Otabek (dad) the most. Will probably keep him. 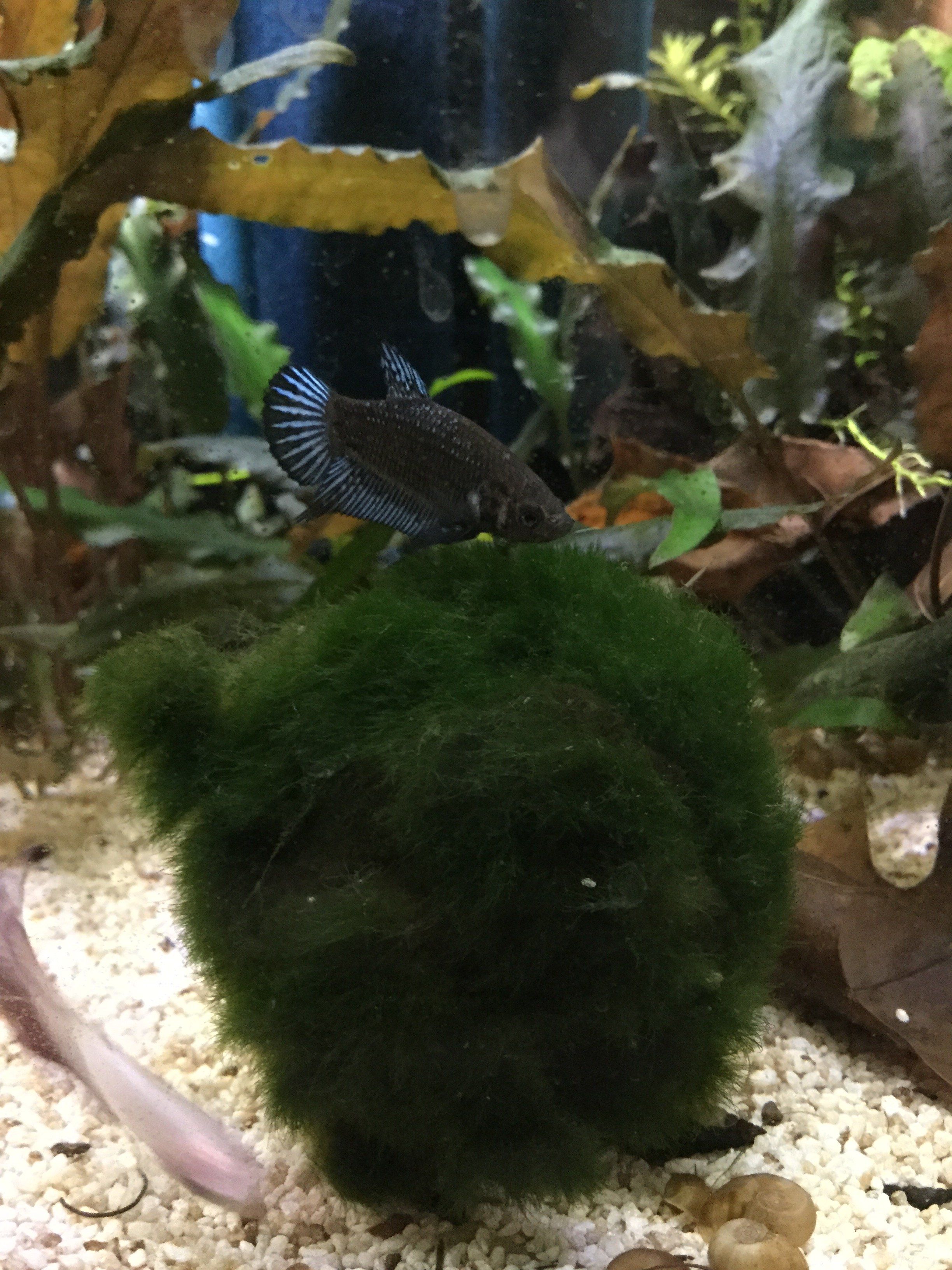 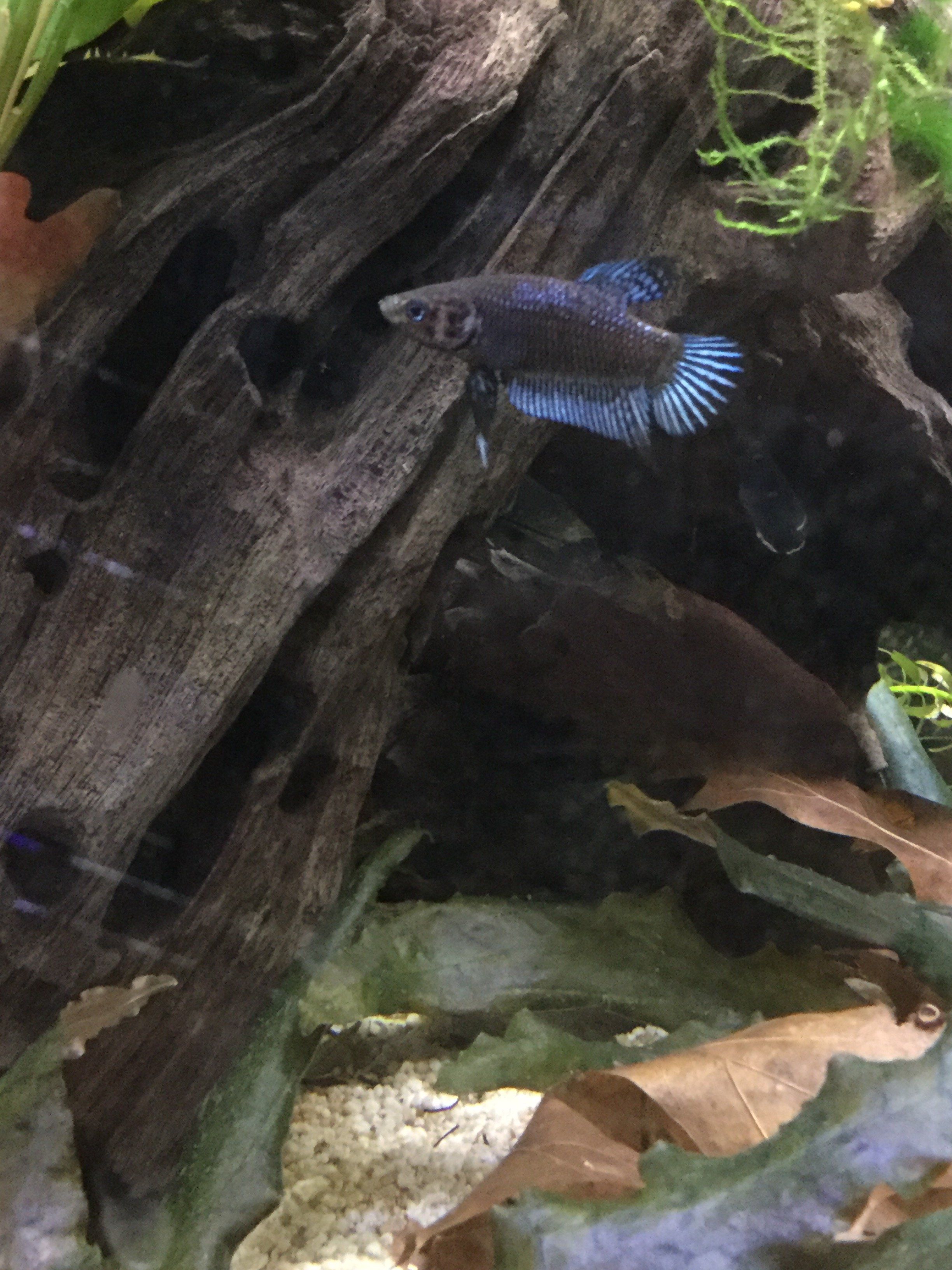 Another docile male, this one almost has a butterfly pattern on his fins when he's trying to blend in with the females. 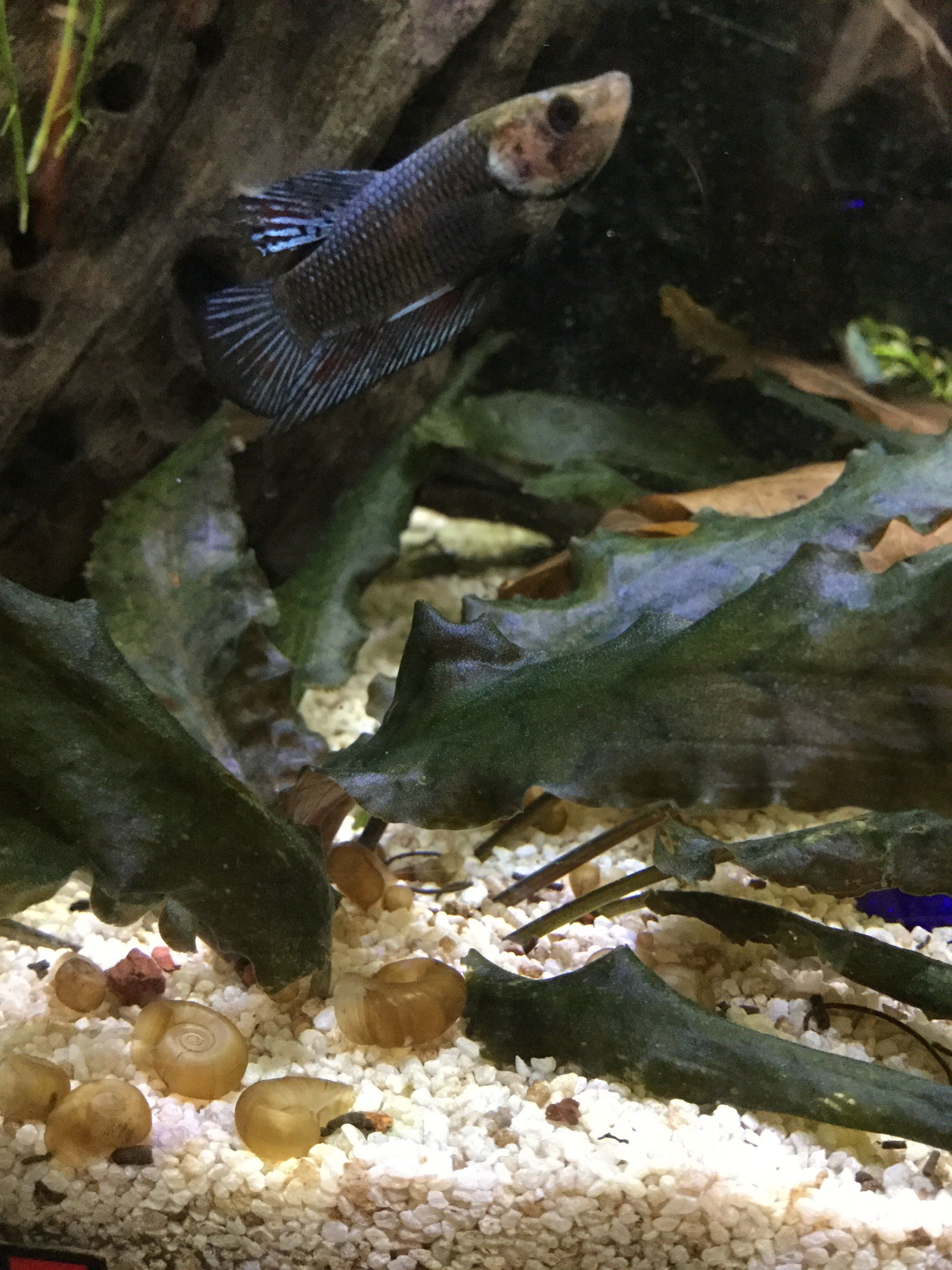 One female plus the long finned BN chilling in his cave. They were flirting again last night judging by the slightly tattered dorsal on the female. 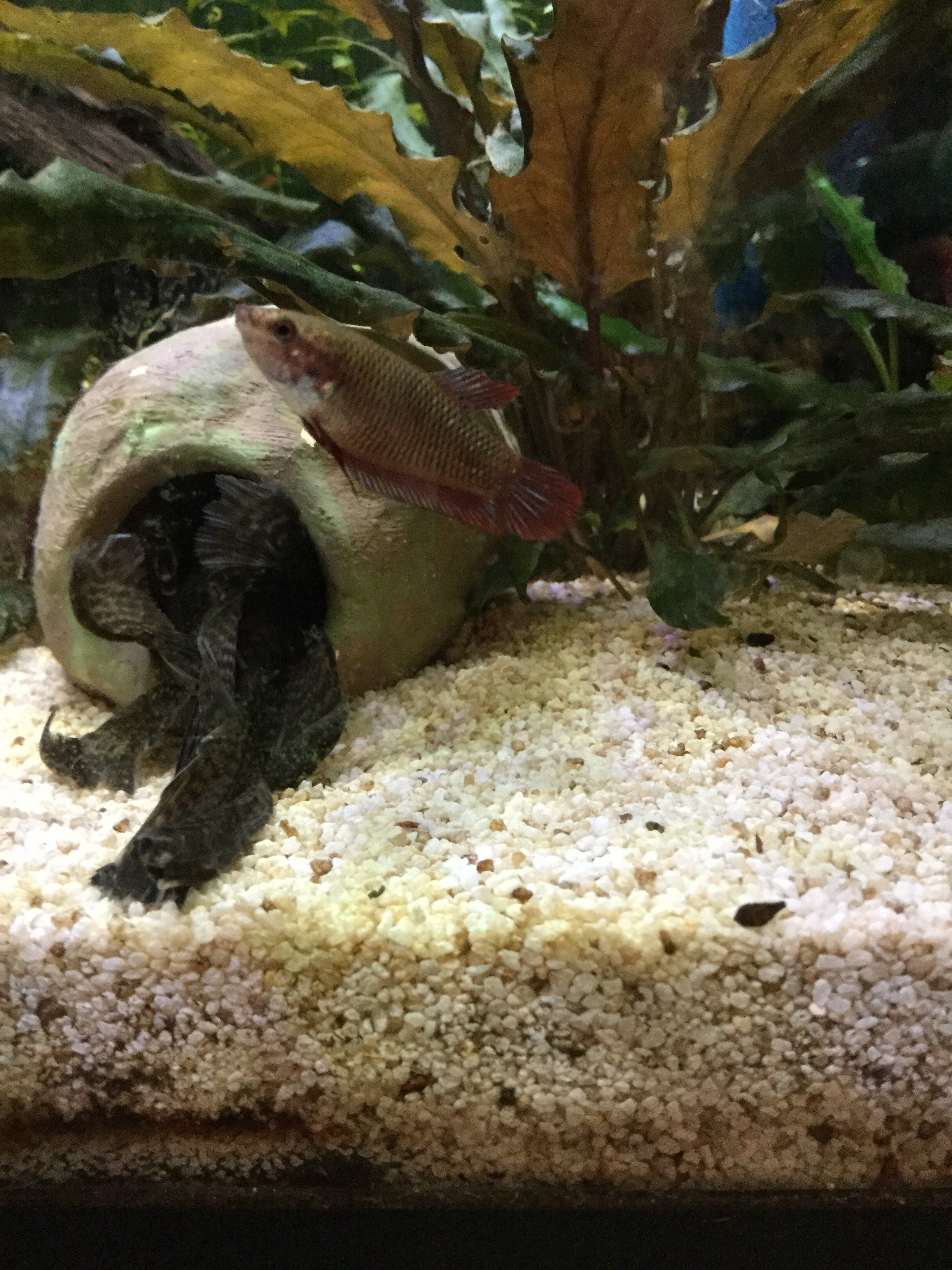 The Bn almost fits in his cave.
OP

He likes to sit half in/half out. It was supposed to act as a breeding cave which should be a snug fit when both male and female are in together. I've seen both squeezed in there, and it is definitely a "snug" fit
N

Now all they need is a candle nice bottle of wine and some mood music.

The lights are off and the door is shut, maybe they're getting busy as we speak
N

I am actually in the process of setting up the cube for Bumblebee Goby's ( Brachygobius ).
OP

More picture! The lighting was terrible and they would not hold still for very long, many females photo bombed. I traded in 2 females and one of the red males and put the larger of the 2 blue boys in the basket. He's started blowing bubbles and is acting like a punk. For now he is White Lips (WL) for obvious reasons. 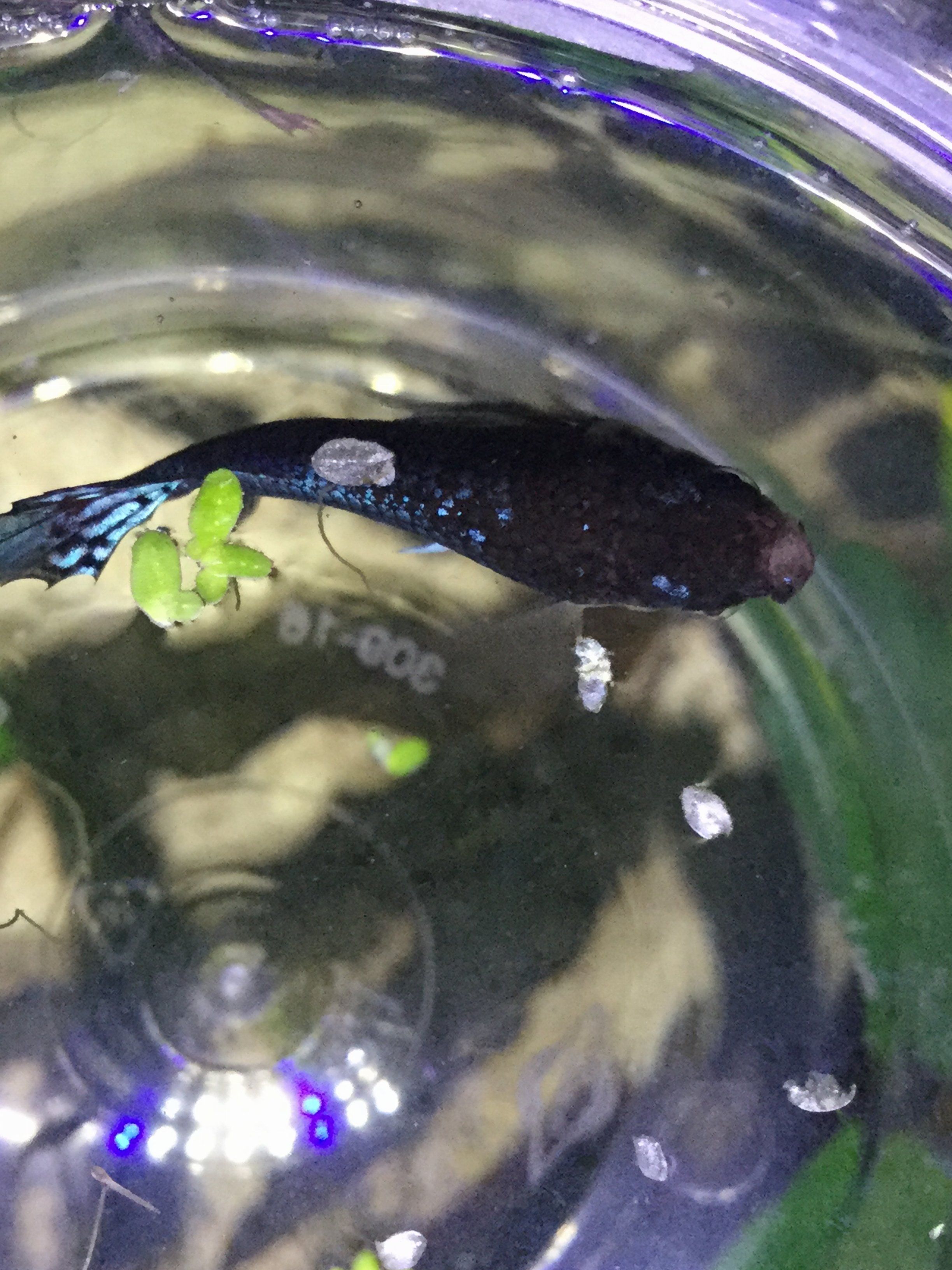 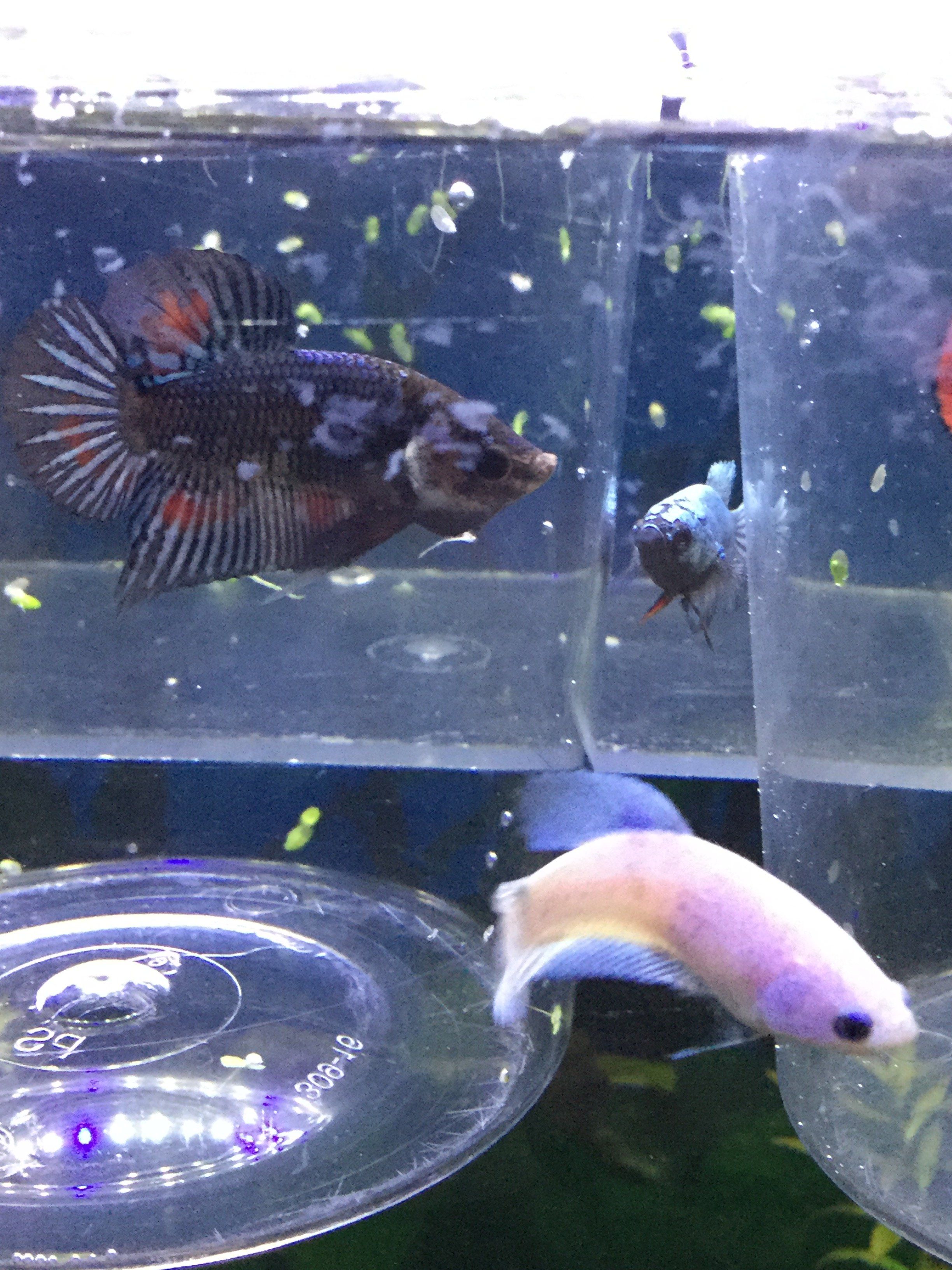 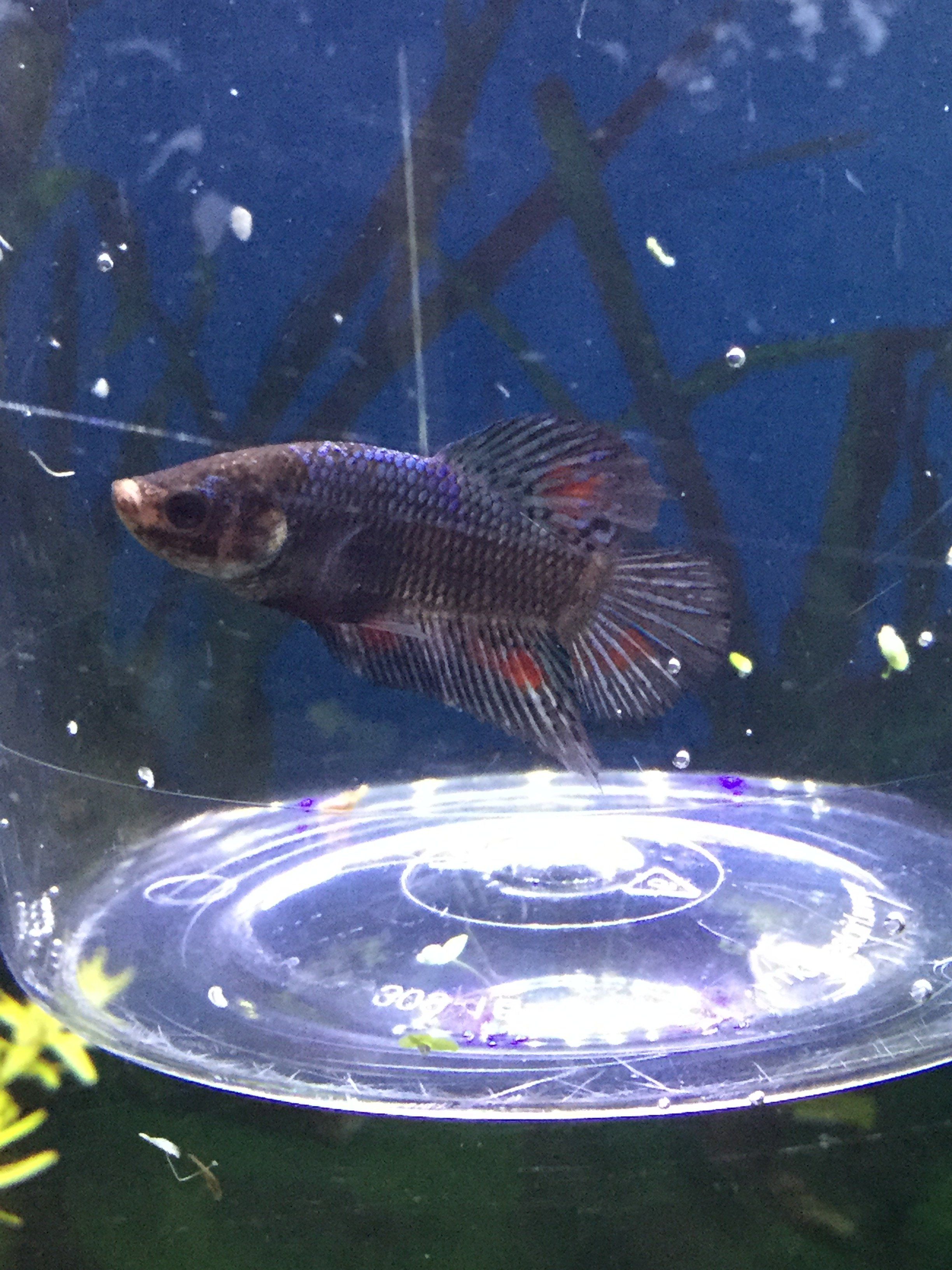 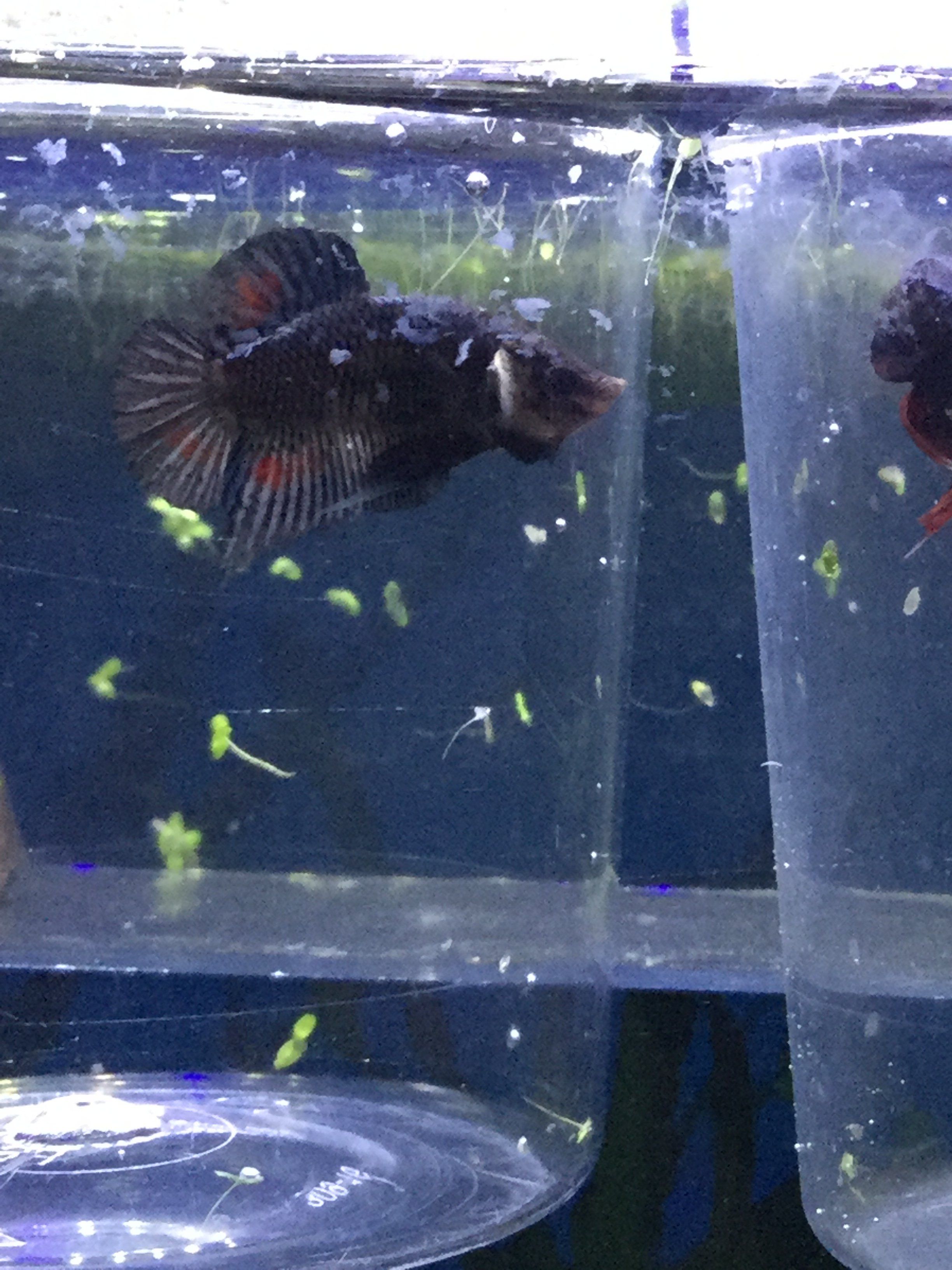 For now, this is Big Red (BR). He just ate and has a pot belly going on. 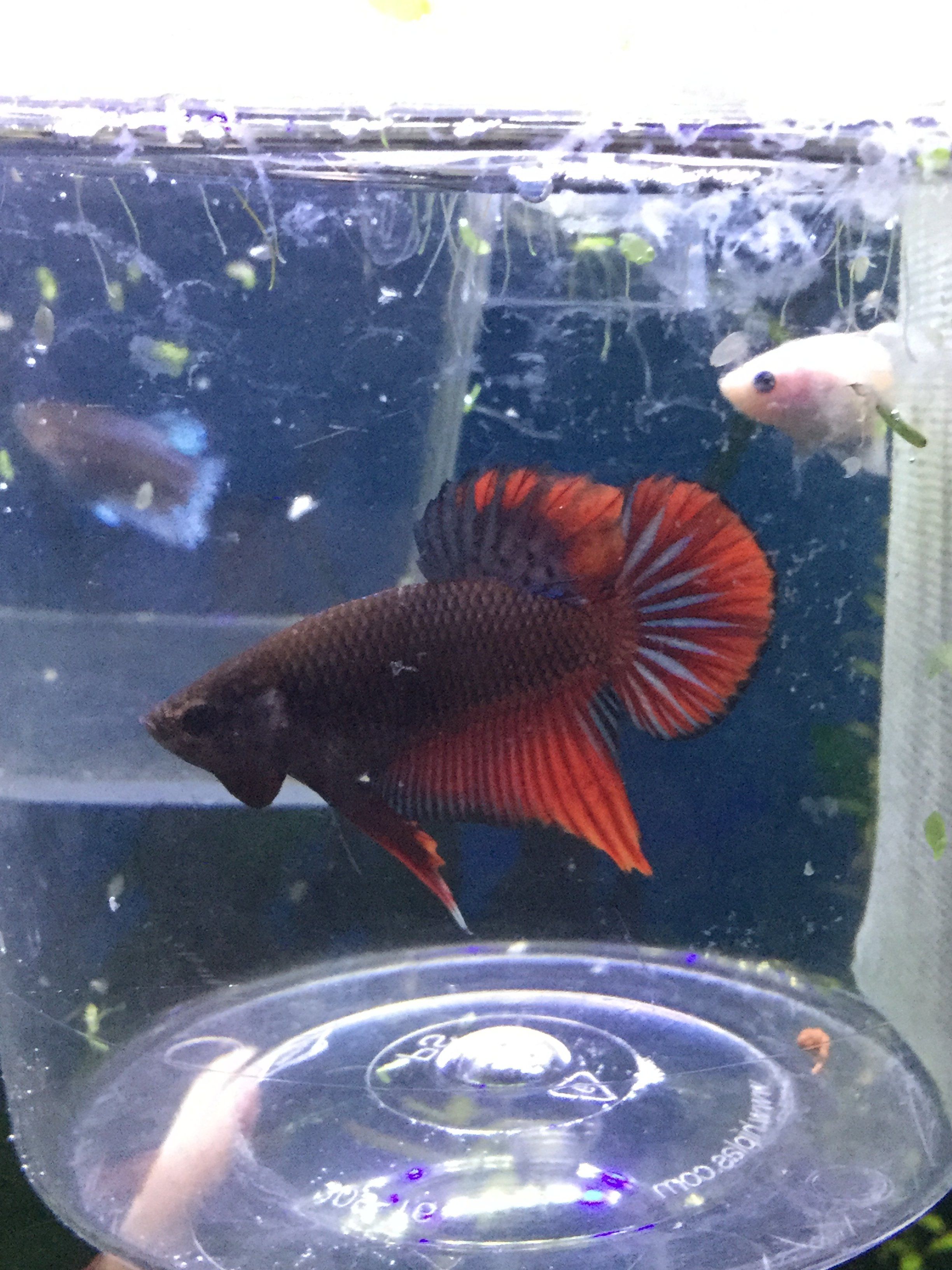 Threw in a smaller male and 2 more females, my favorite blue boy was getting aggressive so he's in a spare basket. Only 4 more runts in the 10gal they were born in. The sorority is full of breeder baskets now, I really need to decide how many boys to keep and what tank to place them in

As for the plecos, he's still going after her but she's lost interest. Someday I will have pleco fry, but not for a while yet I think.
N

Has the pleco got a cave?
OP

He does and usually guards it when he's not looking for food. I might put a couple more in and let him have a choice on where to make his love nest.
OP

Finally freed up the spare 10gal and added the pair of dark males. They seem to be mature now, they flare and build nests all the time. Tank is perfect, but it will do for now. Big Red was added to my sister's old betta tank, a measly 2.5gal but it's better than the breeder basket. 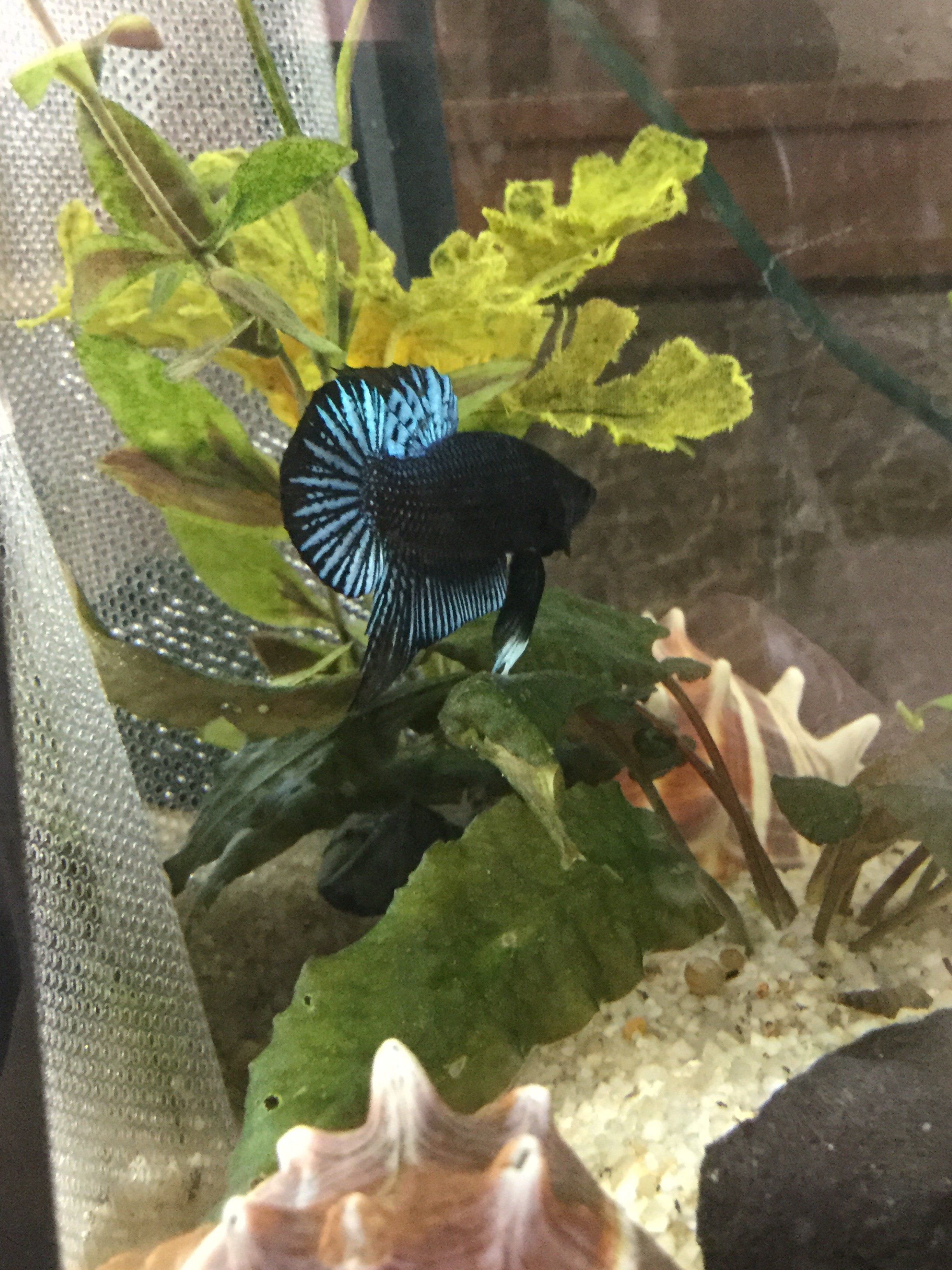 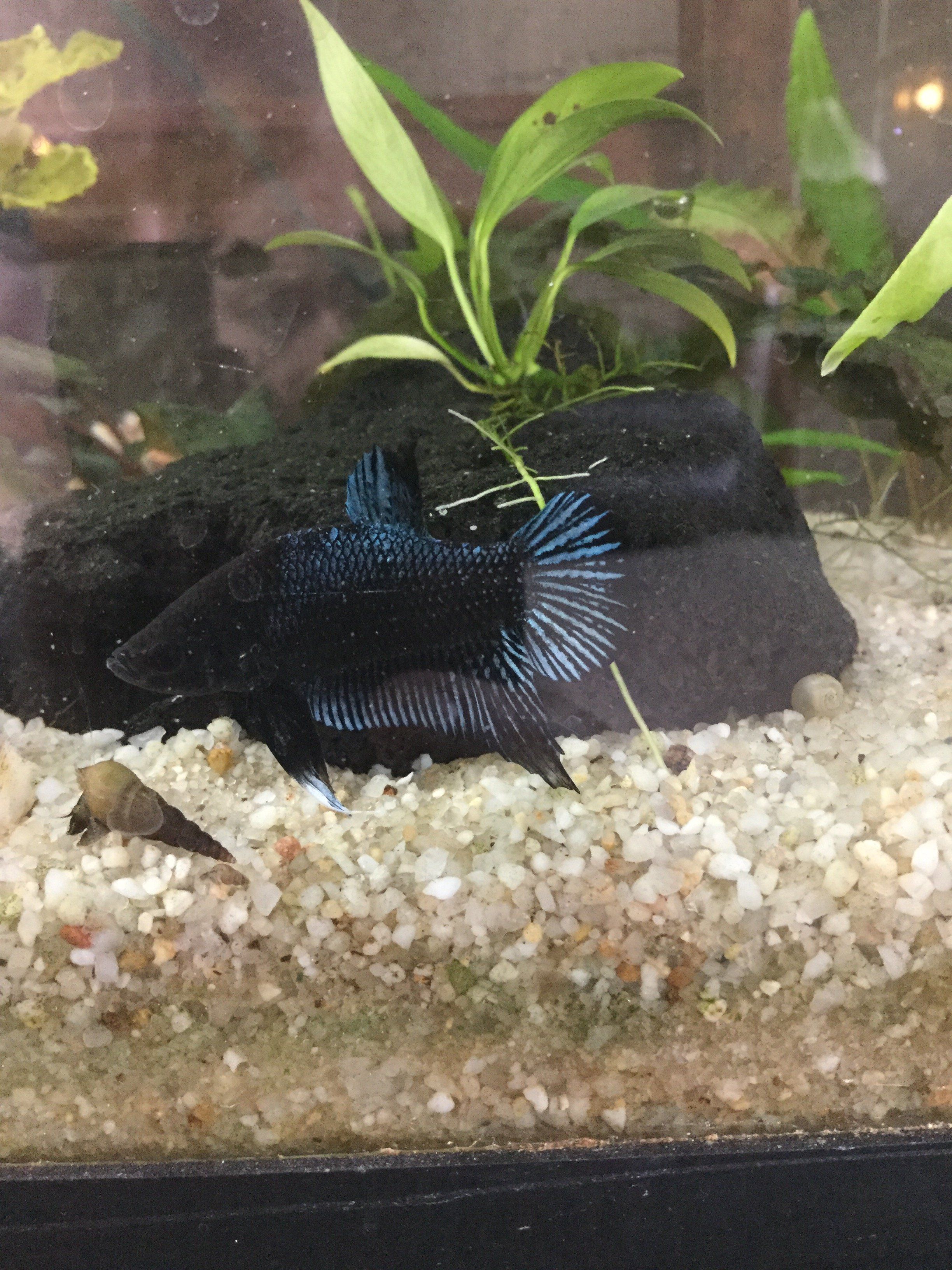 This one is quickly becoming my favorite. He's really filling out and I love his mask. Thinking of breeding this male to the copper HM or maybe the marbled white HM. Perhaps after another month of growing and beefing up on brine shrimp I'll give it a go. 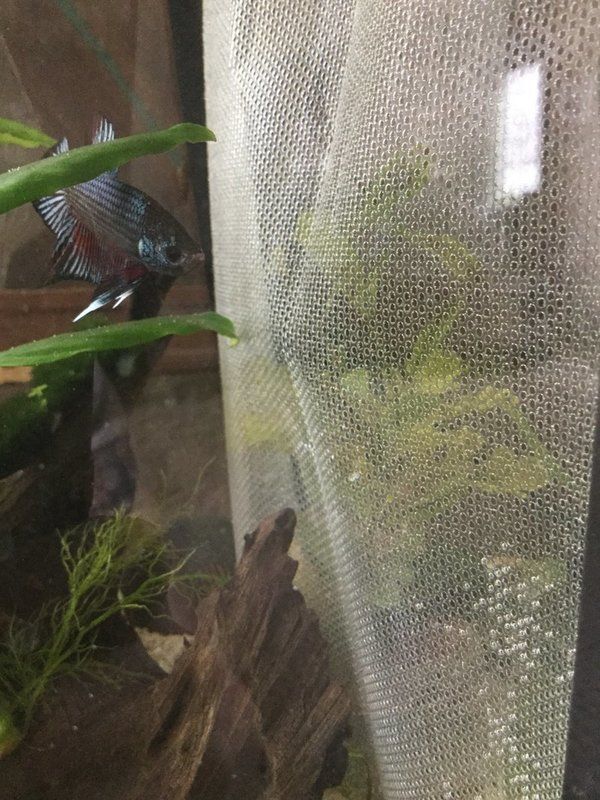 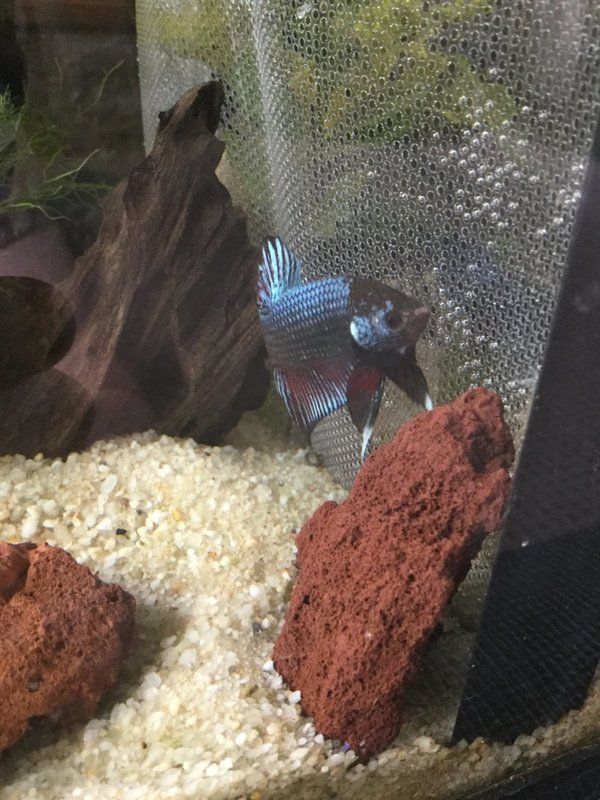 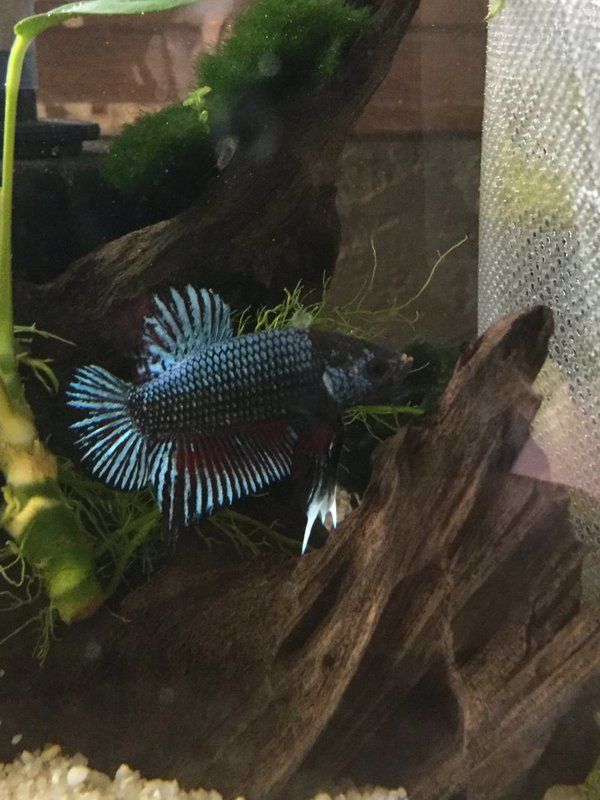 Live Plants for my 55 gallon!!

L
Is My Driftwood Rotting?