could you please help me identify if my fish are pregnant? Not sure if and when the fry will be due if they are pregnant.

would really appreciate it 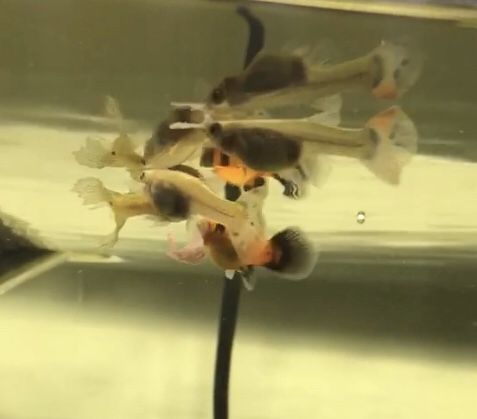 Your guppies are pregnant and the platy also looks pregnant feed them well and add some plants or plastic plants will do for the babies to hide. the female should produce young within the next couple of weeks

I agree they look pregnant and some plants would really help. I have a guppy/shrimp 30 gallon tank I just started 2 1/2 months ago and already have two broods of fry. The first was 9 fry 2 weeks ago and they just had the 2nd today.
F

fish48 said:
you may find that more fry have survived from the second brood once the adult fish get used to newborn babies swimming around they tend to leave them alone
Click to expand...

Hi all sorry for late reply and thank you for the feed back. How can you identify when or how long they have left in the pregnancy cycle stage that their in?

I’ve also ordered in 2x XXl mother plants for my aquarium because of this.

And been advised that amazon frog bite and some water sprite would do great as well. Any one know where I can order these in a bulk and good quality value in UK?
I Would really appreciate any feedback or even other plants suggested would be very helpful

I’ve got 2x cherry barb and 4x black phantom tetra do you think they will attack the fry? I have two breeders nets, also a small tank just under 10 litres with shrimp only.

Any tips and suggestions would be most appreciated

Its a bit of a struggle finding decent water sprite at the moment. This is the frogbit I bought 6 months ago. Its a bit more expensive than some but great quality and shrimp safe. I only bought 1 pot, that's it in my signature pic and I have it in my other 2 tanks as well. I also regularly throw out bucket loads of the stuff;

Did u get quiet a lot in there?
I will purchase two just because of my shrimp tank also

Jdel27 said:
Did u get quiet a lot in there?
I will purchase two just because of my shrimp tank also
Click to expand...

It was more than I expected compared to what I previously got on amazon or ebay. Took a few weeks to settle in and then grew like crazy.
OP

Does this mean there nearly ready to give birth? and they don’t want to be bothered?

I was thinking to put them in a breeders net. But I don’t want to do this too soon and don't want to stress the mother out.

Is this normal? Any advice would be fantastic

no idea whats been said above coz I cant read this forum, but the following should tell you everything you need to know about common livebearers.

The groups of females move around rivers and waterways looking for food and places to hang out. As the groups move around a few males follow the group and try to breed with any females. The groups of males have a pecking order too and the biggest male will bully his smaller mates.

If you want to breed livebearers for specific colours, then have a tank with females and let them give birth and use up all the sperm packets they are carrying in their body. Give them a few months without being pregnant and then add a male to the tank for a week before moving him out, or move the female/s into a tank with a male for a week and let them breed. Then move the females back into their own tank.

---------
It is preferable not to move pregnant fish because you can stress them and even damage the unborn fry. If you have to move pregnant females, carefully catch them in a net and then use a plastic container to scoop the female and net up in some tank water. Move her (in the net in the bucket of water) to a new tank and then carefully pour her into the new tank.

If you move the female to a smaller aquarium that would stress her.

If you use completely new water in the new tank it would stress her. If you set up a new tank for her you should fill the new tank with water from her current tank, so the water is exactly the same.

Make sure any new tank has an established filter in it so the water stays clean.

Most female guppies, platies, swordtails and mollies do not eat their young if the female is well fed and there are plants in the tank, but will eat them when they are confined to a small breeding trap.
OP

I have four female guppies.

One of them looks like she ready to burst.
I have a feeling she is ready but not 100%.
I moved my males into my other tank and the ladies are definitely much more relaxed.

please see attached photos tell me what you think 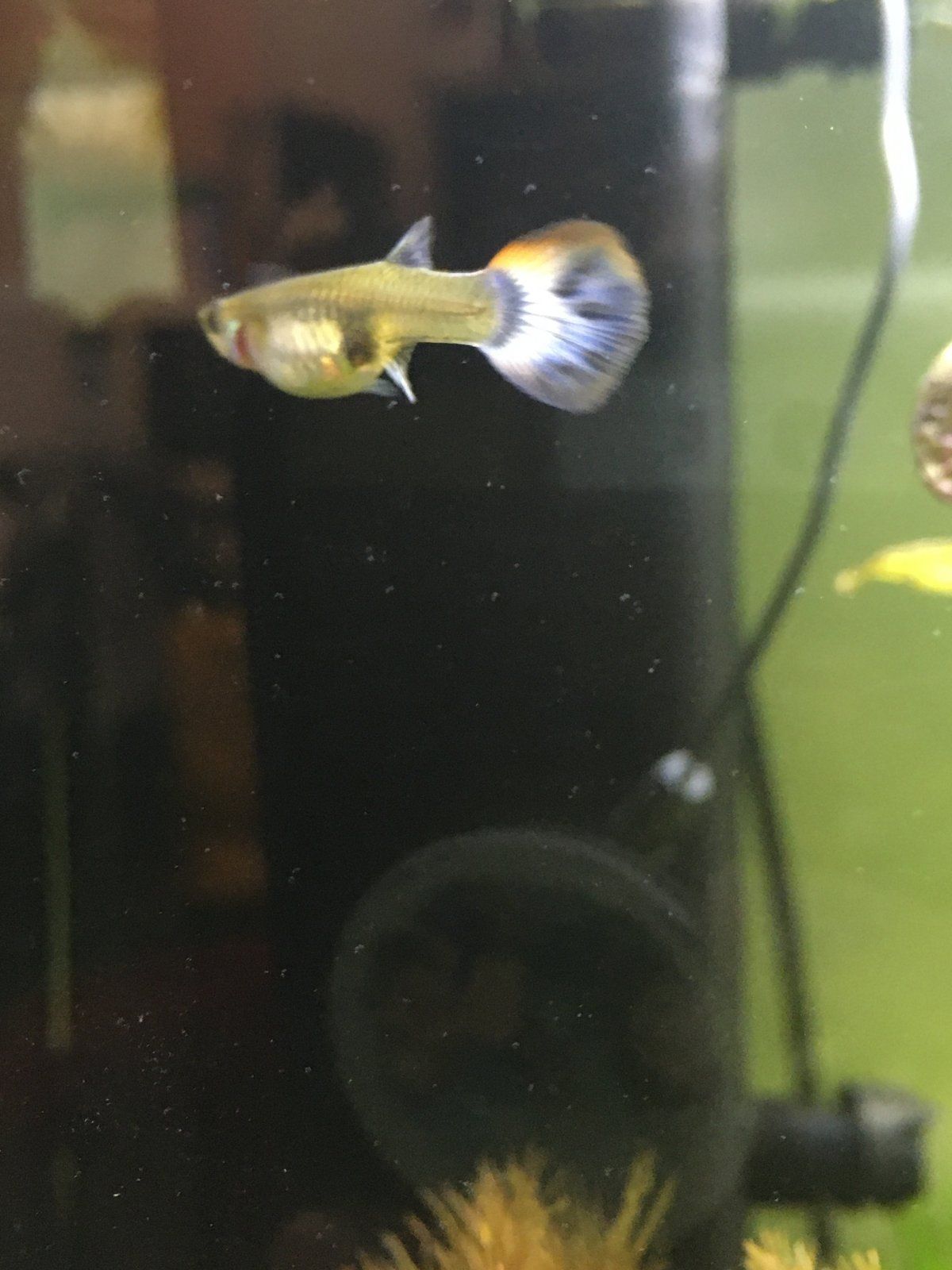 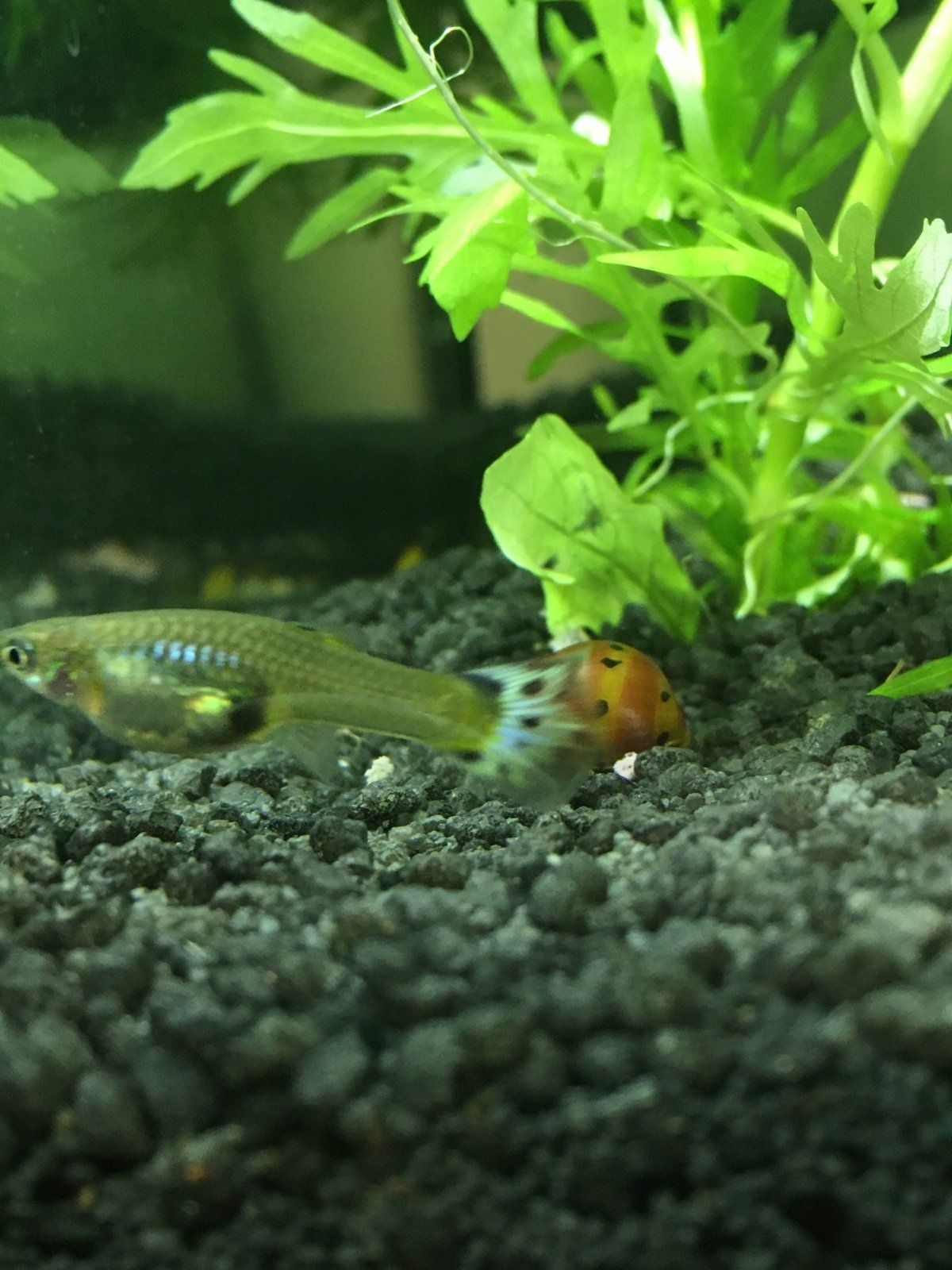 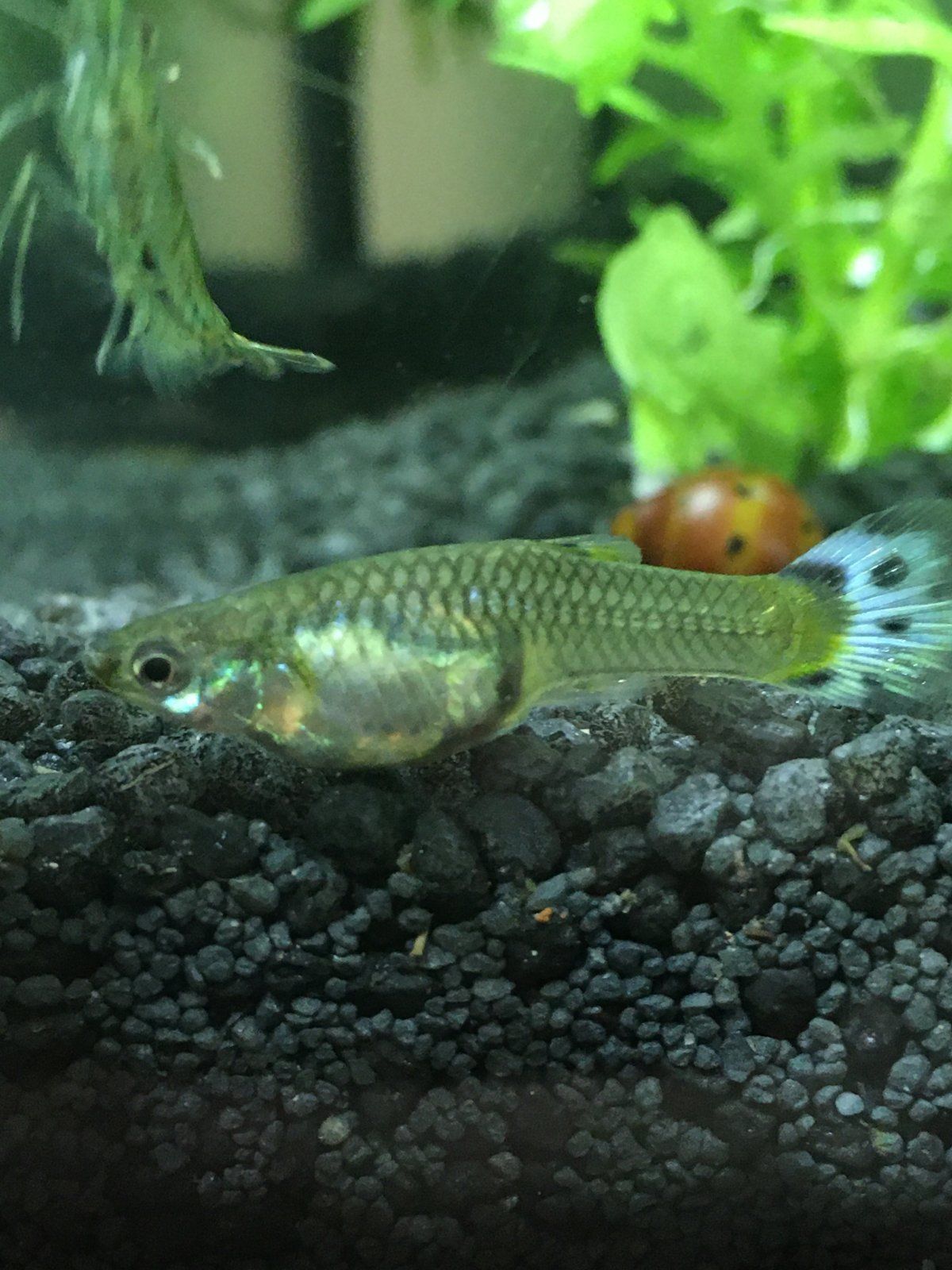 these are the other females two guppies and a platy

I went to aquarium today (pictures)

N
Pregnant or sick? Or both?