Is there any reason I couldn't use a deck treatment on a homemade stand, mostly pine and plywood? Deck stains are pretty simple and are meant to protect against rain and UV, so why wouldn't it work to seal/waterproof a pine aquarium stand? When I asked at home depot I was immediately escorted to the section of the little tiny $15-18 dollar cans and told to use 3 different products in 3 steps to waterproof the stand (would end up being 6-9 tiny cans total) for the stand I've built. I asked them briefly about the deck stain and got the "deer in the headlights" look...

This is the stain I had in mind. I don't mind leaving it outside for a few dsays to make sure it airs out afterwords. It's a one-step single application stain, unless you want a second coat 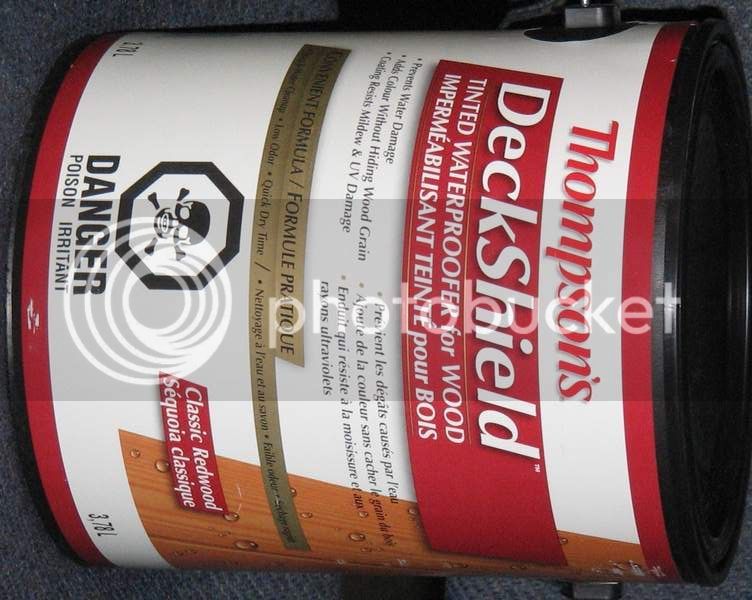 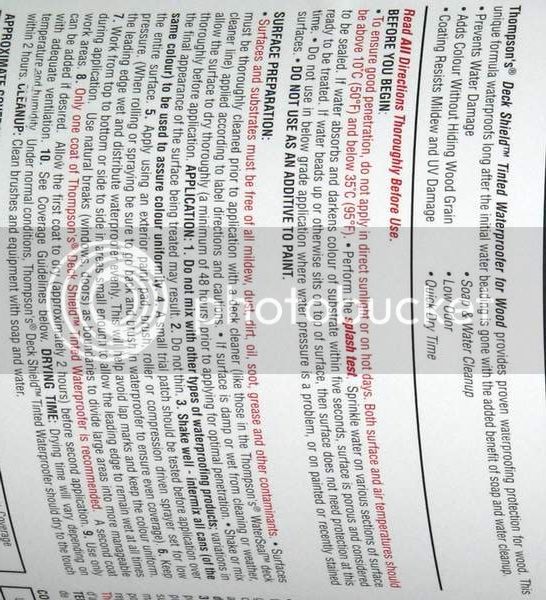 Click here to see the stand I'm talking about. Theres's some additions to come before it's put to use...
http

I see no reason it wouldn't work for a stand, though I'd be a little leery of using it for a hood. It's a water based product with mildew inhibitors. While this would be fine for a stand, you may have a problem with leeching of chemicals on a hood, where water tends to condense & drip back into the tank.
OP
C

Tolak said:
I see no reason it wouldn't work for a stand, though I'd be a little leery of using it for a hood. It's a water based product with mildew inhibitors. While this would be fine for a stand, you may have a problem with leeching of chemicals on a hood, where water tends to condense & drip back into the tank.
Click to expand...

I agree with the concerns of a hood. Thankfully, I'm just building barebones stands. I figure $25 for enough to treat 3-4 stands is far better than the suggested $100+ worth of mini cans for one stand...

I used a 1 pint can of stain, & some satin varnish I already had for my stand. A stand isn't going to get much more wet than a dining room table. If you are getting that much water on it, you are probably getting a lot more on the floor, and causing much more damage there.
OP
C

Here's some pics of the plans I made up on paper, then in MS Paint: 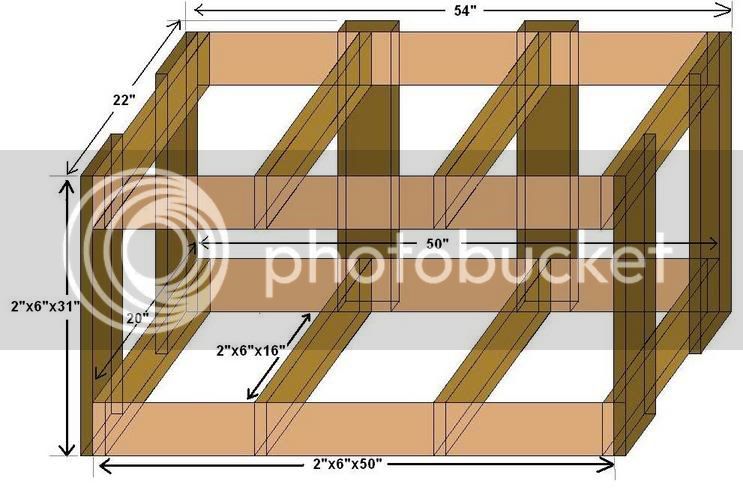 I've assembled the stand bit by bit over the last week. I got a nice tan finishing most the assembly on my deck today. It's pine 2x6's used for the frames and legs, and 3/4" sanded plywood used for the shelves. For screws I've used #8 3" wood screws mostly, and #8 2" wood screws for parts where the 3" was major overkill and sticking out the other side. I still have lots more screws to put in, but I'll be picking those up in an hour or so. After that, I'll be painting it black. I was originally going to treat it, stain it, and seal it, but that will cost weay too much in the end for something that's going to be hidden in my closet.

Here's a picture of the upper and lower frame. the lower frame is upside down on the left and already has the plywood shelf attached: 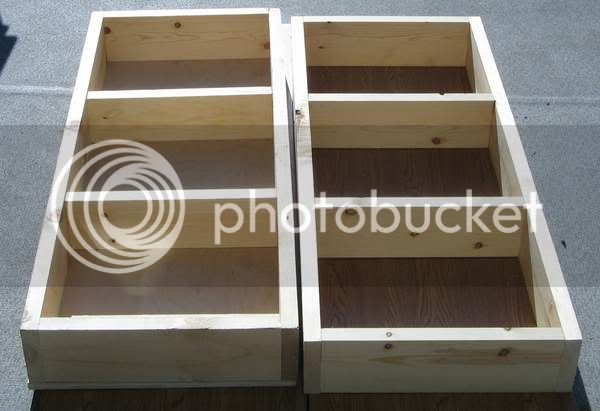 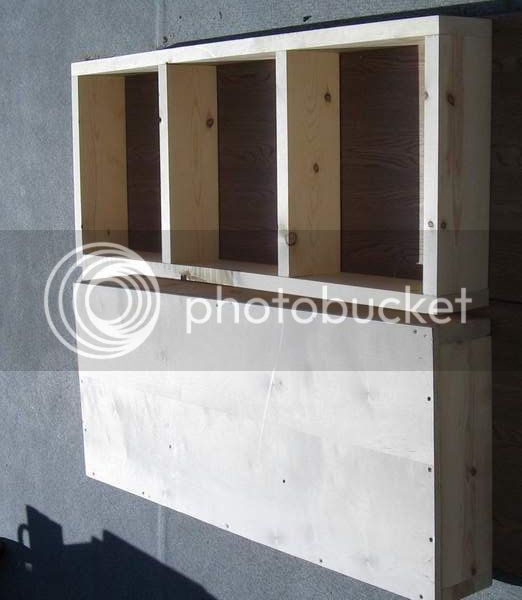 Here's a shot of it all together from the front: 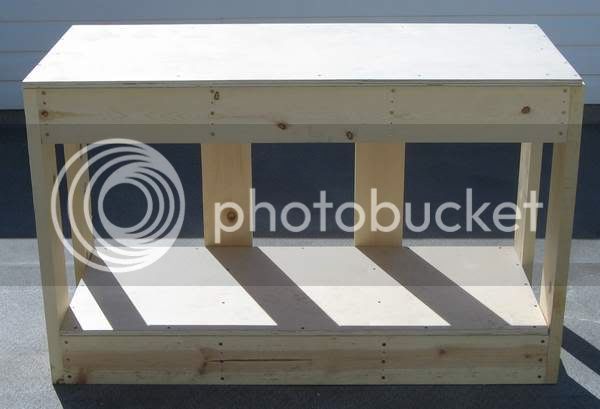 And a rear view: 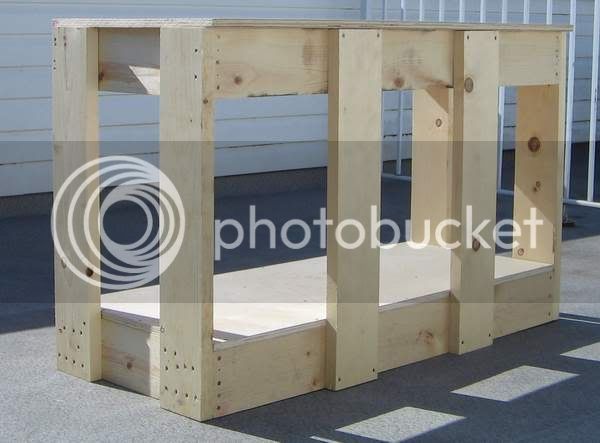 I was going to have additional horizontal pieces like a U-frame on the inside (try to see original drawings above), but thoise pieces of 2x6 had a nice twist to them. Someone on another forum suggested some pieces as 2x4 as braces betweent the upper and lower frame to absorb the weight rather than it being taken by hardware, so here's a picture of it with the braces:

Here's a picture of the it with the new supports in: 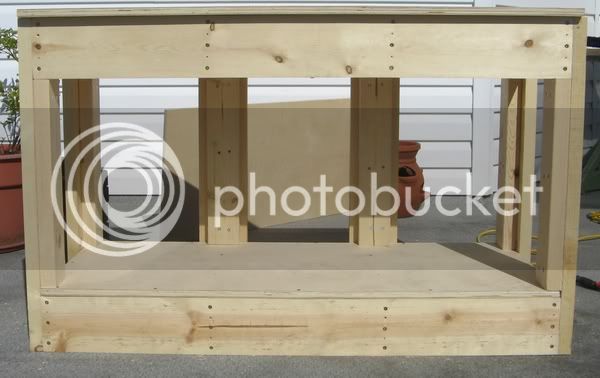 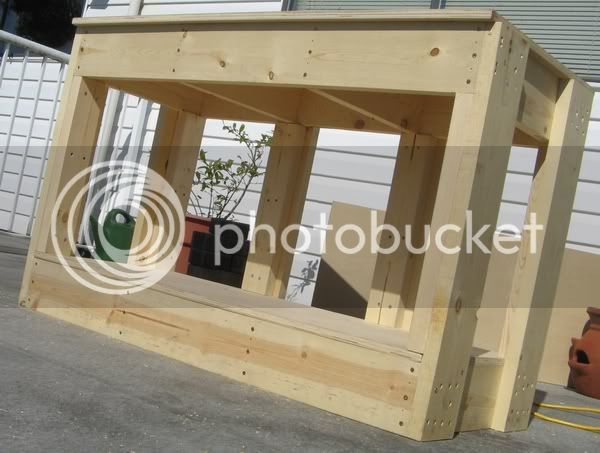 And here's a picture of what it looks like with the first coat of the deck treatment: 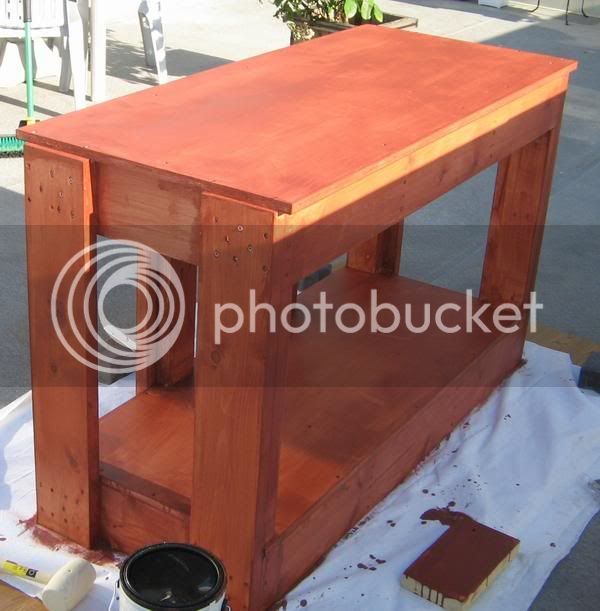 I splashed some water on the stand a couple days after doing the first coat of deck treatment and the water just beaded right up for very easy cleanup. I decided any additional coats wern't necesary.

I just moved the stand into my room and put the 55G on it. I'm going to paint the bottom of the 55G black before I fill it; possibly painting the back and sides too.... 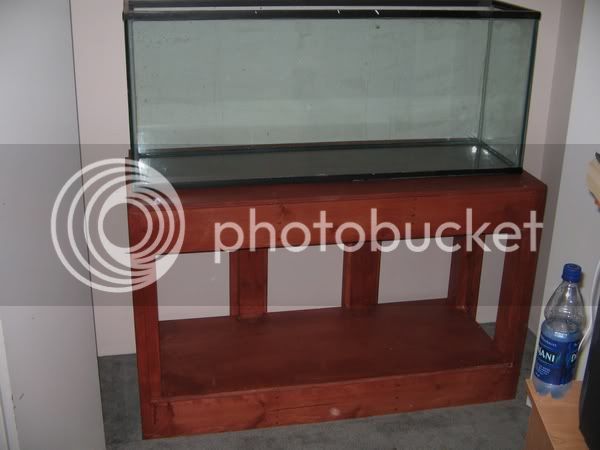 Im getting a 55 gallon tank and i was just wondering about how much it costed to build the stand. thanks for help.
O

The stand looks great! However, if it were my own I might be kind of concerned about the front bowing. It seems like a center support brace for the front might be nice. Just because, if even in the very unlikely chance that does bow, then it would put loads of stress on the tank and it would likely crack. Maybe I'm being overtly cautios but still....

Seth, the stand itself cost near $200 canadian in the end, but the project bill was still higher as I bought some needed tools that will see much use down the road, as well as I bought the 2x6's from the wrong place:


onemisterchristian, thanks for the compliments. When I designed this stand, I deliberately left the front wide open so I had the option of putting tanks on the lower shelf down the road. I had the same concern as you pointed out. This is why i used 2x6's for everything as opposed to 2x3 or 2x4's and I made the frames with the 2 extra support inside (first pictures of unstained wood), as well as having 2 vertical support beams betwent the upper and lower frame instead of just 1 center support. Those vertical beams also line up with the frame reinforcement. The top of the stand was also designed much deeper than the actual tank. There is about 6" of open space in front of and behind the tank.

Compared to most store bought stand, I'm hoping this one is over engineered by a long shot. I built it hoping it would hold an elephant, but since I couldn't find one, I had to settle with a 55G which weighs about 625 lbs filled.

I made my stand using your plans about a week ago. It costed us $60 u.s. it looks really nice. I am very happy with the results. thanks for plans.
P

Nice looking stand Colin, good job. I'll likely be using your plans, slightly modified for my own needs, but thanks for sharing.
T

Heh, im sure the paint stuff is fine, i just dont like the look of the "Danger! Poison" sign

H
give me name ideas for this momma cray

Want to Breed Platies? I have 3 methods for you!