Is this a crazy price for these Zebra Plecos? 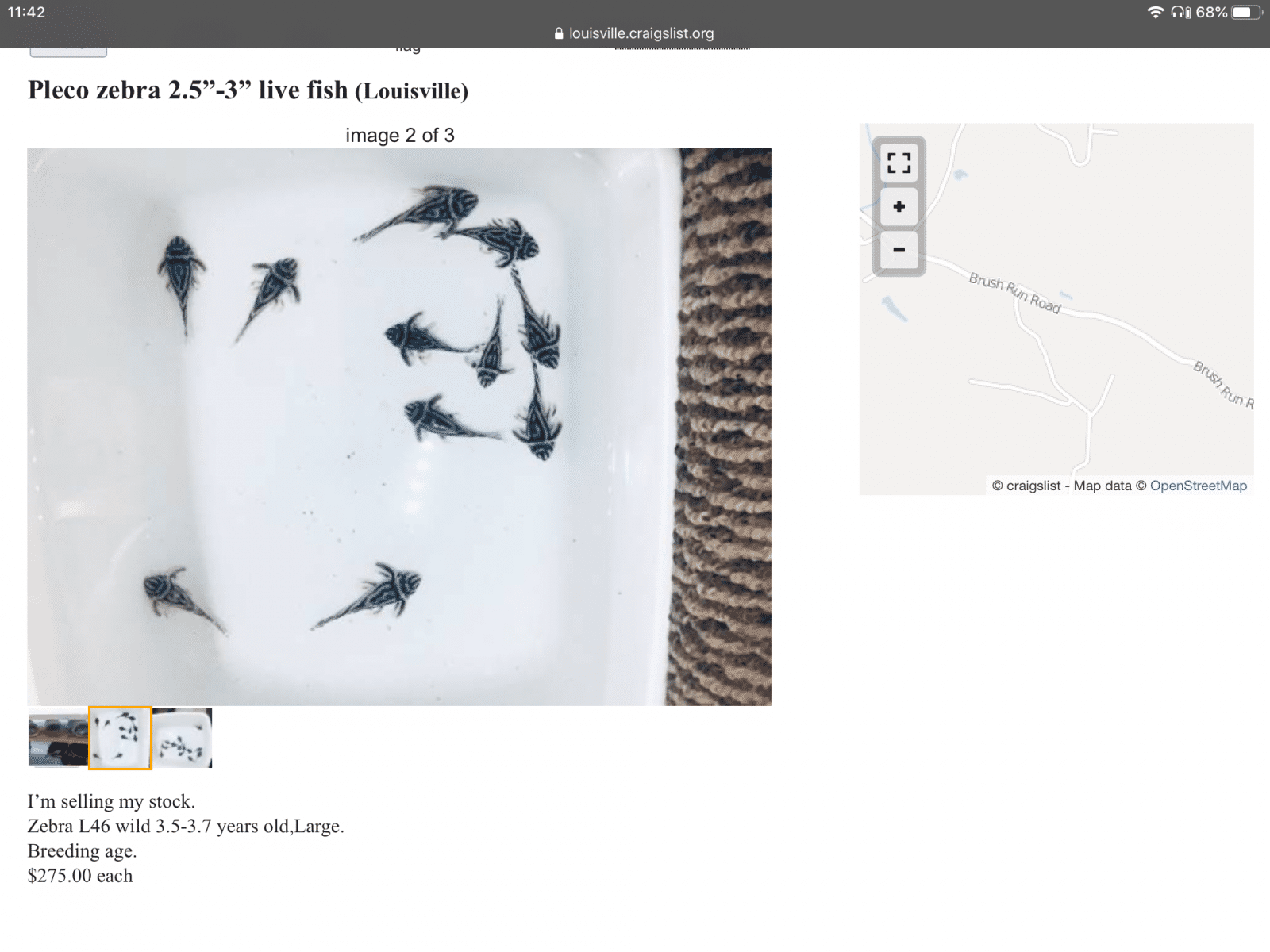 The post says they are wild. @Byron, @Colin_T, is this reasonable?

Please note: I have no interest in actually buying these, I am just curious, lol.

yeah thats about normal.
B

Not crazy. They are most often sold for 200+. I saw some for 160 and thought that was a fairly good deal.
OP

Is it because they are wild caught? Or is it just the species that makes them so rare?
B

Supply and demand. They are very sought after and they don't have large clutches. They shouldn't be wild caught as far as I'm aware. They are endangered due to dam building and there has been an export ban from Brazil since 2004. Last I checked that was still in place.

It is illegal to catch and export wild fish of this species, Hypancistrus zebra. However, when this was enacted by the Brazilian government, there were several catfish enthusiasts in the US that discovered it is a relatively easy species to spawn. However, being "rare," they command a high price.

I had one back in the 1990's and it was wild caught (it was allowed then, that was around the time this fish became such a hit) and I paid $65. for it. That was very expensive in those days, but not unreasonable. I've no idea what the tank-raised fish normally cost today, but I'm sure I have seen them in the $200+ range.

EDIT. Bub posted while I was typing and confirms the ban on export is still in effect. So I would doubt these fish are wild caught, but poaching is sadly not out of the question.
OP

That is weird, do you think the seller doesn’t know it’s illegal?

(I’m just saying, I would love to see a whole group of these fish in the wild. )

Prices are going up on all fish to due to the difficulty in getting them right now. Same goes for meds and supplies.

B
My newest boy arrived today and I am thrilled!

New, again, to this hobby.