Origin: Southeast Asia, specifically certain rivers on the islands of Borneo and Sumatra.

Natural habitat: Amongst the aquatic plants and sunken wood along riverbanks, where the water is acidic, murky and stained with tannins. Other fish found in this environment include rasboras, halfbeaks and gobies.

Maintenance: Despite its small size this species requires a reasonable amount of space; tanks 90-180 litres (20-40 gallons) are recommended. In smaller tanks these fish become shy, and males especially can be bullies towards each other and unreceptive females. Water chemistry not critical, but soft to moderately hard, slightly acidic to slightly basic water is best; 5-15 degrees dH, pH 6.5-7.5. As with all pufferfish, water quality should be good, and the filter needs to be fully cycled before the pufferfish are introduced. Nitrite and ammonia levels should be zero at all times, and nitrate levels as low as practical, ideally below 20 mg/l.

Social behaviour: Males are strongly territorial and bicker amongst themselves, but given space, they rarely cause each other any harm. On the whole you do not see the shredded fins and circular bite marks so often associated with puffers such as Carinotetraodon lorteti. Males tend to chase females, but otherwise pairs are easily maintained in tanks of sufficient size; allow around 90 litres per pair. Carinotetraodon irrubesco is not particularly "nippy" and appears to work well alongside fast midwater fish such as barbs, danios, loaches, etc; it also mixes extremely well with the South American pufferfish, the two species occupying entirely different niches within the aquarium. Nonetheless, like all pufferfish, it would be unwise to mix Carinotetraodon irrubesco with fish that are slow or encumbered by long, trailing fins; guppies, angelfish and so on would all make poor choices. Best kept as a group in a single species aquarium or with a few very carefully chosen tankmates.

Feeding: Carnivorous, with a preference for live foods including snails, earthworms and insect larvae. Wet frozen foods such as bloodworms readily taken; once settled in, marine foods like mysids and krill are also consumed.

Healthcare: Generally hardy given good conditions. Occasional specimens may have overlong teeth that will need trimming, but this isn't a common problem, and when given a varied diet including crunchy foods "dental work" on the part of the aquarist isn't usually required. Like all freshwater pufferfish, Carinotetraodon irrubesco easily tolerates brackish water for short periods, and the common parasite Whitespot (Ick) is best treated by using the salt/heat method; alternative medications that contain copper may be toxic.

Sexing and breeding: Males have a reddish-brown body with a pinkish belly; their eyes and tail fins are red. The keel along the belly is orange, but this may only be visible on mature specimens. Females are mottled brown with a pinkish-cream belly. They have squiggly brown marks on the belly. The species is often confused with Carinotetraodon lorteti, but males of that species has a blue-green tail and females have no markings on their bellies. Breeding is presumably similar to other Carinotetraodon, with the males guarding the eggs until the fry hatch and become free swimming. Females are driven away from the nest after spawning, and in aquaria, females should be removed. Spawning probably takes place on nests made in clumps of feathery plants such as Java moss. The fry are very small and need tiny live foods. There are few explicit reports of breeding in the literature; however, confusion between this species and Carinotetraodon lorteti likely means that some of the breeding reports ascribed to Carinotetraodon lorteti actually refer to Carinotetraodon irrubesco.

Comments: One of the best freshwater pufferfish in the hobby, combining attractive colours with an easy-going personality. Unfortunately it is not widely traded, and some retailers persistently confuse Carinotetraodon irrubesco with the much more aggressive and nippy red-eye puffer Carinotetraodon lorteti.

Thought I add pics of my Irrubesco Puffer as well, cute little fish.
Here's the female 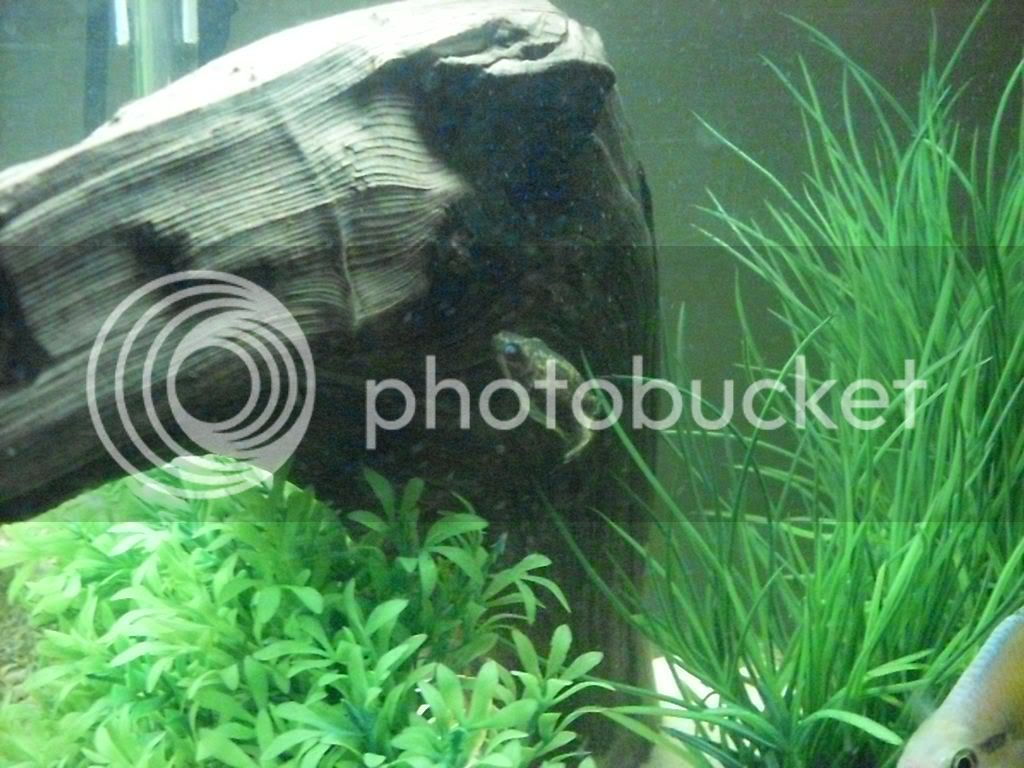 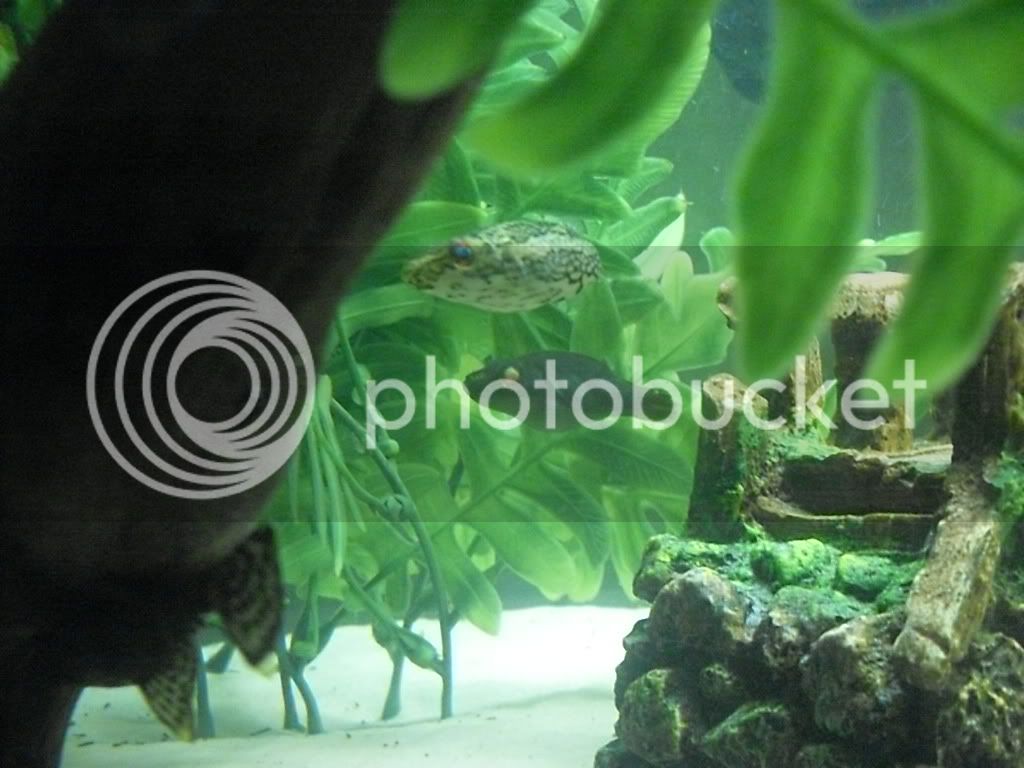 Yesterday at 6:58 PM
wtusa17
W
Search tags for this page