Care: The frogspawn coral is a relatively simple LPS (Large Polyped Stony) coral to care for, similar to other members of the Euphyllia genus. While frogspawns will grow fastest under high-powered halide or T5 lighting, even modest Power Compact lighting is enough to maintain this specemin. Their fleshy bodies are not tolerant of extreme point-flows as created from some powerheads yet they will do well in medium or high diffuse flow such as created by Tunze or Seio powerheads. The coral will not tolerate low flowrates very well at all. Water chemistry requirements are typical for most tropical corals, 72-78Â°F, sg 1.023-1.025, pH 8.1-8.4, dKH 8-12, calcium 350-450ppm. They are tolerant of higher temperatures in the summer months up to 83Â°F and will grow fastest at higher calcium and alkalinity levels.

Frogspawn corals may be difficult to acclimate initially and are somewhat prone to "Brown Jelly" immune responses or infections early after introduction like their cousins the Torch coral. Frogspawn corals seem to be less suceptible to these infections yet if so afflicted, fragging is usually required to save a colony from such a response as spread is quick and deadly.

Feeding: Frogspawns have long tentacles packed full of Nematocysts to capture meaty foods and either digest them on-site, or to bring them to its mouth for consumption. Feeding of smaller meaty foods such as brine shrimp, mysis shrimp, krill, cyclopeeze, etc will rapidly speed up the coral's growth and stimulate its colors. Feedings are not required however as Frogspawn corals are excellent hosts to symbiotic zooxanthellae. As such Frogspawn corals can live almoast solely on energy of photosynthesis, even under moderate Power Compact lighting.

Propagation: This coral can be 'fragged' with a hammer and chisel, pruning shears, or screwdriver, but, damaging the coral is possible. It is best to frag at splits of the heads once the flesh has grown beyond the point at which the skeleton grows. Cutting flesh directly yeilds higher mortality than waiting for growth of the coral. Most healthy frogspawn colonies do tolerate fragmenting well though.

Comment: Frogspawn corals are an excellent choice as an anemone substitue as they are significantly more hardy and significantly easier to care for while offering similar appearance and vibrant colors. Like an anemone, other tank mates (especially nearby corals) should beware a Frogspawn coral's powerful sting. Perhaps only the Hammer and torch corals (Euphyllia Anchora/Paranchora, and Euphyllia Glabrescens) have a more powerful sting than the Frogspawn. This species may also play host to clownfish. 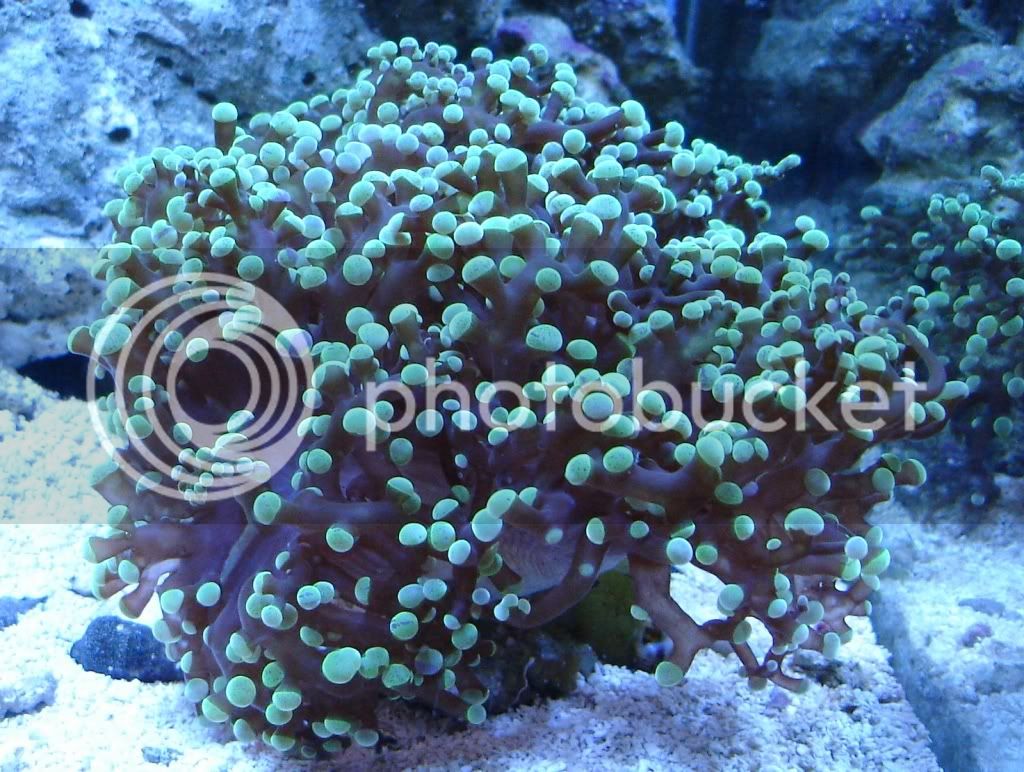 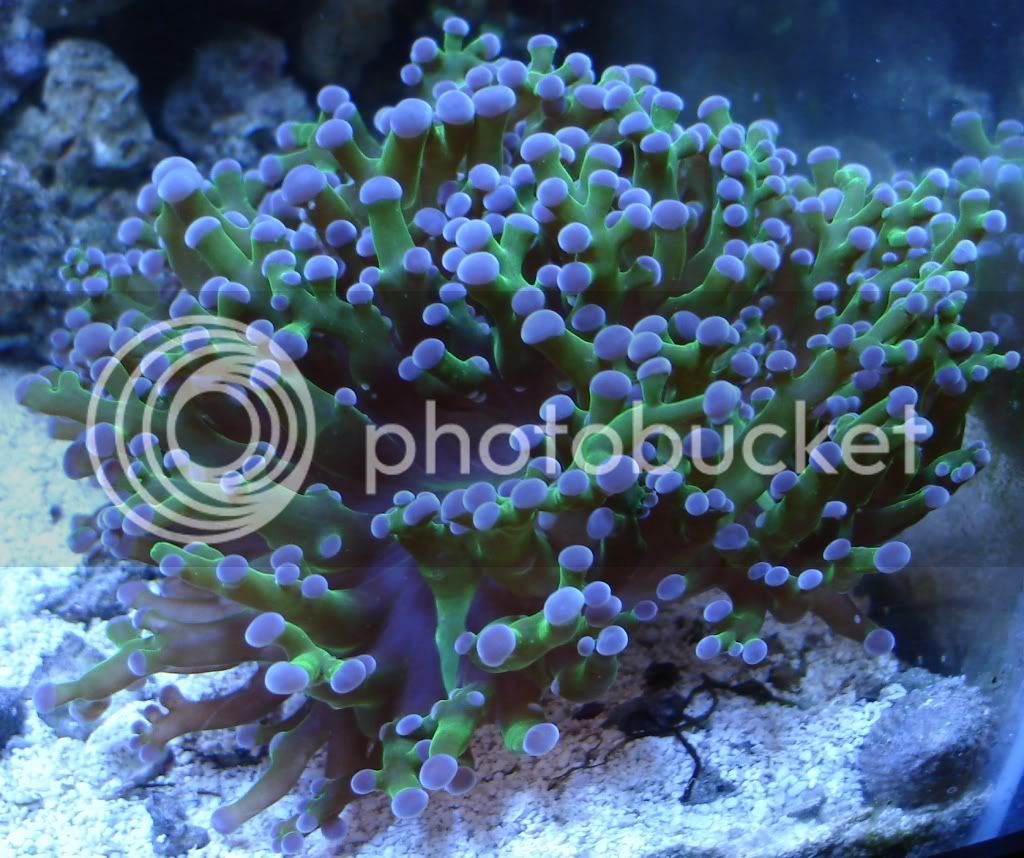 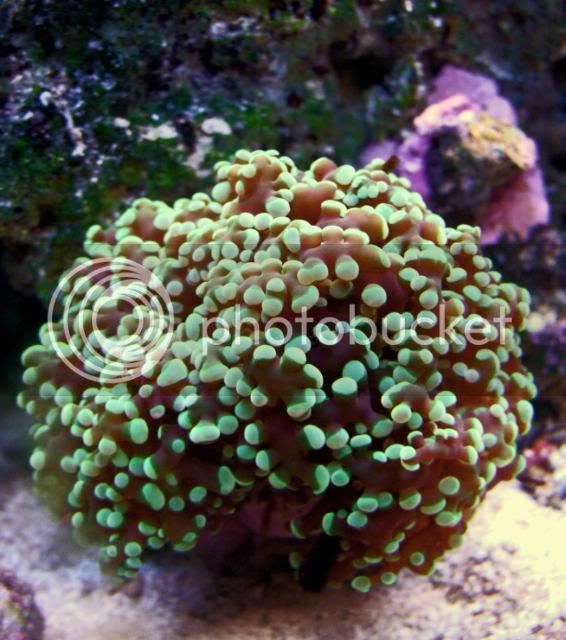