Yeah, I checked with my LFS and they told me they have some in quarantine that should be ready for sale by now. They're beautiful fish.
OP

So, last week I was hoping to pick up a few Koi Swordtails from my LFS which finally had them! Unfortunately, the stock they received was not doing well at all.

Discouraged, but still determined, I head out once again to some other stores. First I tried a store in Toronto, but contrary to what I had been told, their fish and aquarium supplies selection was not all that great. In fact, I was downright disappointed. I had one other chance, another Big Al's store in Mississauga. After looking through their tanks, I finally found them, tucked away in a corner in a not so very well lit spot. And the price was fantastic!

I ended up getting 8 of these beautiful fish. I promise to get you all some pictures of them once they've had a change to get settled into my aquarium.

Very nice tank! I'm in the process of setting one up myself after a few years out of the hobby. A few years back I had a livebearer tank with Koi Swordtails I was in the store the other day and saw they had stocked some, beautiful fish!
OP

It seems the quality of the batch of Koi swordtails the LFS received was not the best. The majority of them have passed away, most after only the first couple days. I do still have several though, and they seem to be doing pretty well in the tank. They absolutely love the algae growing on my rocks and wood. I even managed to get a picture of one as it was feeding. 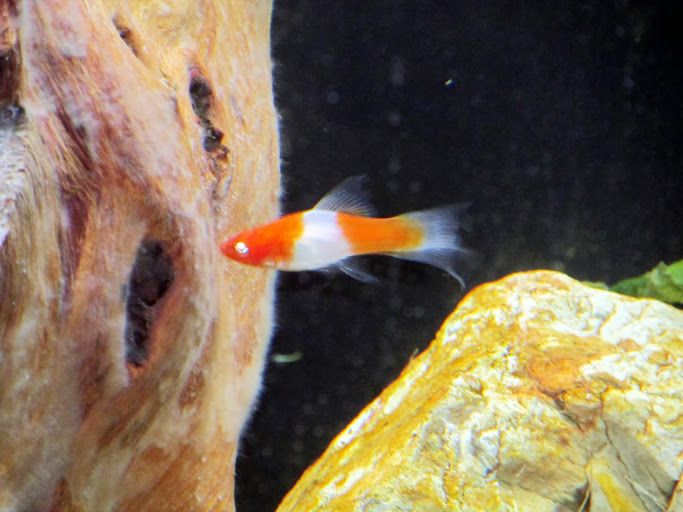 Sorry to hear that most have passed away

P
Are these hormone?

10 minutes ago
Pricey95
P
A
Are these neon tetras mating??