Cycling with hardy fish in the tank is great way to learn the hobby. (Obviously, there's some 'buts' attached)
Click to expand...

LIke anything in this world ...cycling w/without fish has it's nuances...I think cycling with fish is a great way for beginners to go cuz it services that having fish itch...not everybody is patient enough to wait before adding fish, especially for absolutely first timers. But there are nuances that people must know about.
I

Bub said:
Here's another one: You don't need a filter if you do it right.
Click to expand...

You can keep a bichir out of water if you do it right. Doesn't mean you should
I

PheonixKingZ said:
Guess I’ve never tried to negotiate with the store manager. Do they usually accept?
Click to expand...

Well who's going to buy a blind fish full price? Either it stays in that tank forever, some kid who can't tell buys it and it dies in days or someone who knows what they're doing buys it and tries to give it a decent life
I

NCaquatics said:
How about a wild phenotype female??

Upon looking at wild phenotype bettas, they're way better than most normal ones, with maybe metallic coming in a close second. Even then the metallics with more subdued colours
I

It's so fabulous any tank with a view of it has a massive depression problem.
I

AdoraBelle Dearheart said:
I don't think a black background is always better. I don't like many that have pictures/fake ocean printed on them either. Most of the time I prefer a black background, it does make colours pop and hides cables and things, but frosted backgrounds can look great too, and make a scape look like an open sky, which is good for a mountain scene, so you see aquascapers use them a lot.

I took the black background off my tank the other day when moving it so I could give the glass a good clean, and haven't put it back on yet. The wall behind is a pale blue, so I was quite enjoying the different view. But right now, I can see my group of otoinclus glass surfing and playing on the back pane, which I wouldn't normally be able to see when the tank is dark. So I might go without a background on their permanent tank so I can enjoy them more.
Click to expand...

I have a picture one heavily covered up by plants, with an image of plants. I think it adds some depth the way I've set it up
I

AdoraBelle Dearheart said:
Weird, I was just watching/listening to a video about how to breed otocinclus, and she described a "mating call" where the female circles around and the male chases her, and that's what I was seeing last night. Well, I don't know if they were male and female, but it was the same circling each other behaviour I saw in the video. Perhaps my otos weren't just glass surfing and playing in the bubbles above the air filter, but were actually mating?

I'm not expecting or getting my hopes up for them to successfully breed (yet!) but there are six of them in there, the chances of there being a male/female mix are pretty good. Now to find out more about how to get them to have babies! I put the black background back on earlier, shame, I might not catch it again, but we shall see. Might put the background over half of the back and leave the other half bare and see what they do.
Click to expand...

Irishman05 said:
Surprising that a study was required to figure out that the fish that glow under a certain wavelength of light don't do well in the wild. Also they're bright colours
Click to expand...

Great article but I gotta say...does this really matter? How many glofish are now an invasive species problem in the wild? And if they are more prone to predation so much the better if they escape into the wild. Unless of course eating a glofish is detrimental to the natives. Oh the other hand maybe having glofish largemouth bass will make them easier to catch for sportsmen.
I

Croissant said:
That I have never seen. They did go fine together?
Click to expand...

Some bettas, even males, are chill. Lots of plants, dark areas for the betta and other fish to hide and a large tank all contribute well to them peacefully coexisting. I've seen people keep a male betta with chilli rasbora and they're okay. Which is impressive. Don't put guppies with males though, usually. They see the bright fin and think it's another male. Basically a betta will live in a community tank if everything is either too fast for it to catch or too big to be harmed. Or sometimes you get very docile bettas
I

DAnCSF said:
Great article but I gotta say...does this really matter? How many glofish are now an invasive species problem in the wild? And if they are more prone to predation so much the better if they escape into the wild. Unless of course eating a glofish is detrimental to the natives. Oh the other hand maybe having glofish largemouth bass will make them easier to catch for sportsmen.
Click to expand...

I don't think many because of this, and the fact that in most species the females prefer non glowing males. Natural selection will finish them off fast.

I would agree with you, but I saw this video a few weeks ago which honestly blew my mind.

I never thought a Spongebob themed tank could look so good.

Naughts said:
Plecs are ugly. Not cute-ugly. Just ugly. And bristlenose. Even the albino. Actually especially the albino. 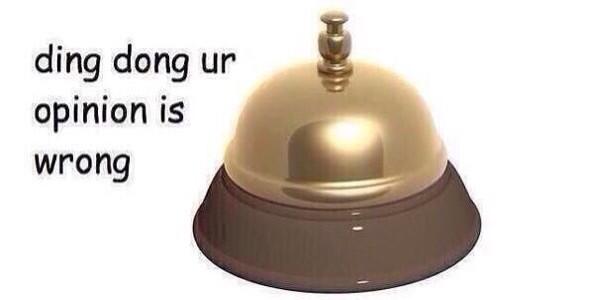 There. I've said it.
Sorry everyone.
Click to expand...

Irishman05 said:
You can keep a bichir out of water if you do it right. Doesn't mean you should
Click to expand...

I would agree that you shouldn't keep them out of water. Completely different to not having a filter, which really isn't needed if you actually know what you are doing. All I need are plants.

FishFinatic77 said:
I would agree with you, but I saw this video a few weeks ago which honestly blew my mind.

I never thought a Spongebob themed tank could look so good.

If you could have one freshwater fish, what would it be?
2 3