Hello all, happy holidays and happy new year!! I have just gotten a 12gal Gankpike tank for Christmas. Apparently it coming with everything you need expect decor. I am looking for some suggestions on what to do with the tank and also set up. I definitely want to do a small amount of coral in there and one or two fish if possible. Oh and how long should I cycle before putting coral in ? I do plan on buying the saltwater since it is so small.

Marine tanks normally take around 4-6 weeks to cycle. Once the filters have developed the beneficial bacteria to keep ammonia and nitrite levels at 0ppm, you can add fish and corals.
OP

Marine tanks normally take around 4-6 weeks to cycle. Once the filters have developed the beneficial bacteria to keep ammonia and nitrite levels at 0ppm, you can add fish and corals.
Click to expand... 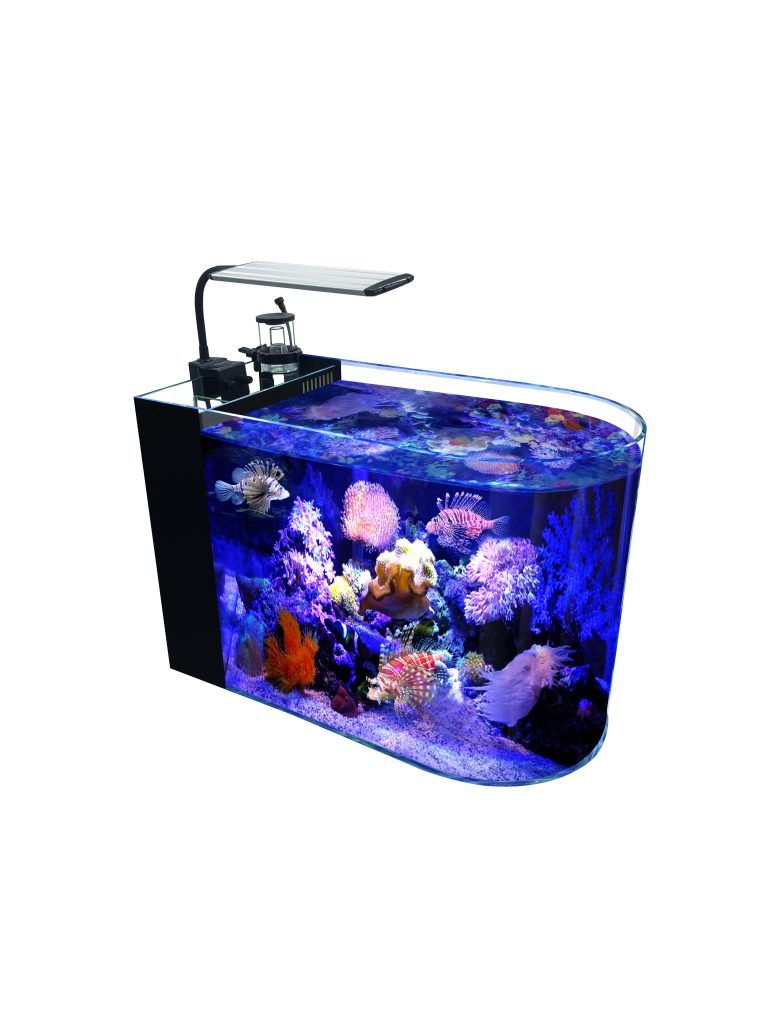 This Is the website that should have all the information on it.

Thanks for the link

It's a pretty small tank and will have considerably less water than 12 gallons when you have rocks and corals in it. You could lose half the water volume to rocks and corals.

Unfortunately it doesn't say how many watts or lumens the LED light produce and this could be an issue for some corals, which naturally live under bright sunlight. The colour spectrum of the light should be fine but the intensity is my concern. Hopefully it has been made bright enough to keep corals, because that is what they are advertising the tank as, a coral tank.

Fish wise, I would look at coral gobies or a small blenny and maybe a couple of small shrimp.

If you could get a bigger tank, then you would be able to get more fish and have a bigger water volume that would be more stable.

-------------------
You should try taking the filter and skimmer apart just to get a feel of how you will clean it when the tank is set up. The images suggest it could be difficult and fiddly to clean the sponges and protein skimmer. Taking the filter apart now while it is dry and empty should give you some idea how painful it might be later.

-------------------
This is going to sound awful because it sounds like you got the tank as a present, but can you take it back and get a bigger tank that is a square or rectangle?
Bigger tanks hold more water, which means more fish and a more stable environment with fewer fluctuations.
A square or rectangular tank will be easier to work out how much water is in it, and this will come in handy if you ever need to treat the fish for disease.

And try to get a tank with a coverglass to reduce evaporation and salt creep. Salt creep is where the salt water drips over the side and the water evaporates leaving salt crystals behind. Coverglass help reduce this quite considerably.
You must log in or register to reply here.
Share:
Facebook Reddit Pinterest Tumblr WhatsApp Email Share Link

What glue for aquascaping?

J
Why is my driftwood STILL oozing tanins?