Care: Not as hardy as their Caribbean cousins, Ricordea yuma is still a nice selection for the beginning hobbyist. It is distinguished from R. florida in that R. yuma contains pseudotenticles around the oral cone, whereas R. florida does not. Normal colors consist of olive greens and cream shades, but several striking morphs also are found in the trade and command high prices. Pink and orange morphs are typically found in more shallow water. They can grow along the substrate or grow vertically on dead coral. In the aquarium, yumas tolerate brighter light than other Corallimorphs, but still should not be placed directly under strong MH lighting. They are also more tolerant of higher flow rates. My yumas are actually under MH and the tank they are in has a relatively high flow rate. They are, however, towards the mid to lower levels of the tank and typically angled away from direct light.

Feeding: While they contain zooxanthellae and are photosynthetic, they benefit from target feedings of meaty foods (mysis, brine, pretty much anything that'll fit into it's mouth)

Reproduction: They split by longitudinally, the development of a second mouth is a usual indication of an imminent split. 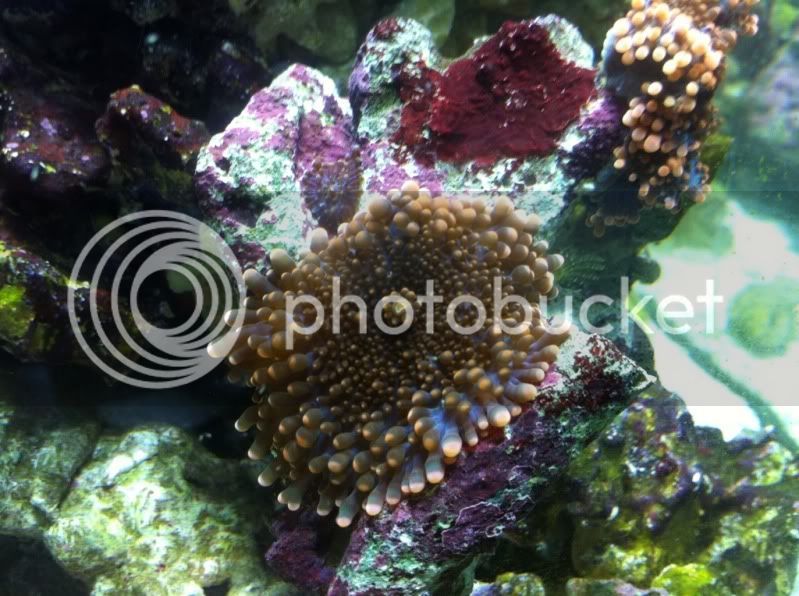 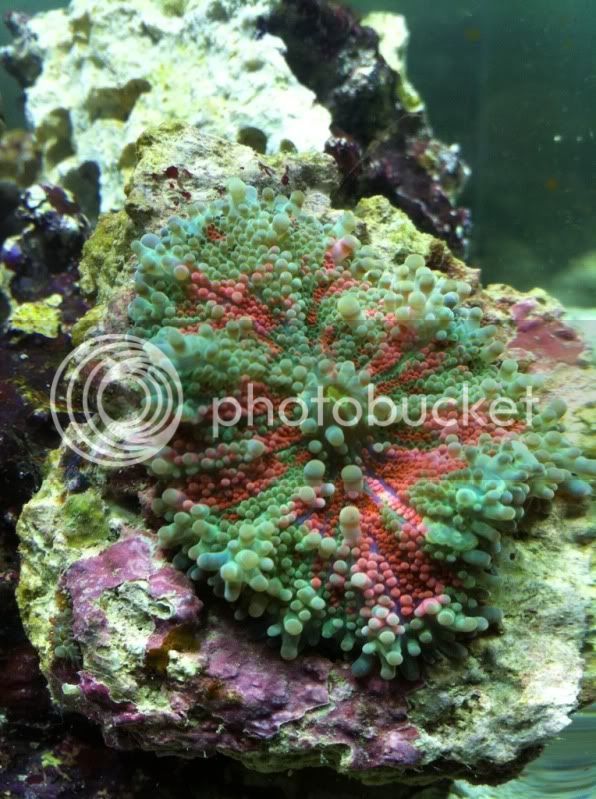 Finally, my pumpkin yuma, you can see the twin mouths, which indicate a possible split. 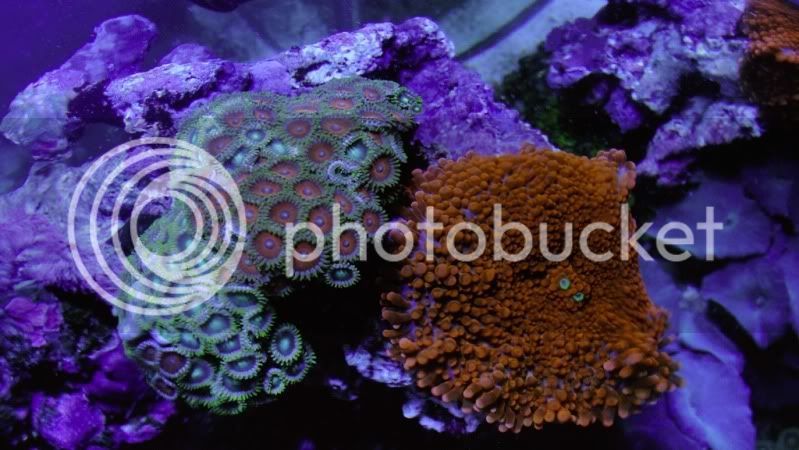