Sharing my ramshorns, all in different tanks so they all look different as each population evolves.

I want to see what ramshorns everyone else has.

So i have a designated jar aquarium just for breeding a specific colour of rams i am working on, they're an odd green-gold colour, so i wanted to see if their colour bred true. So far ths babies hatched are gold, even gold bodied. Itll be neat to see if they darken up or not as they grow. 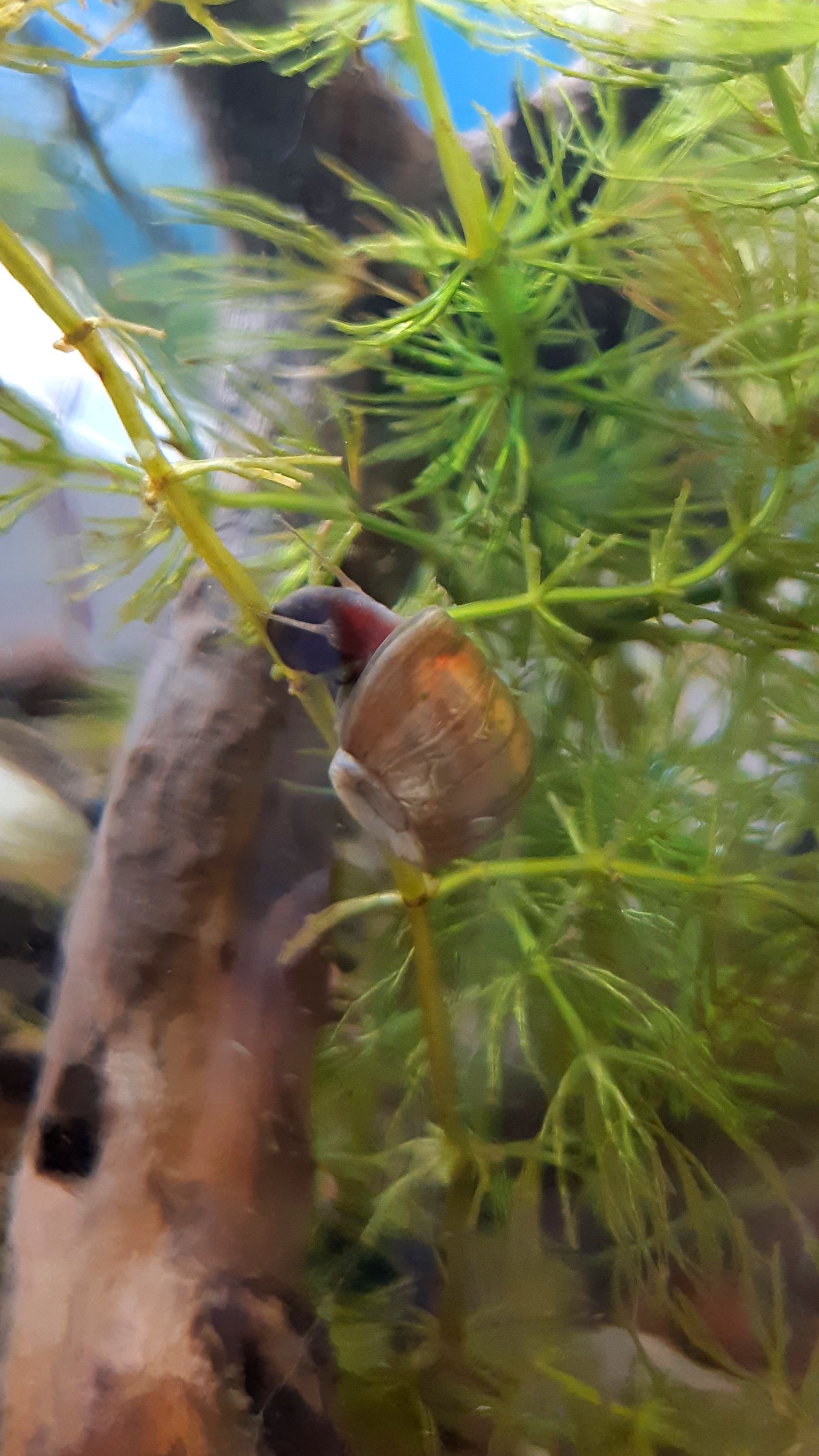 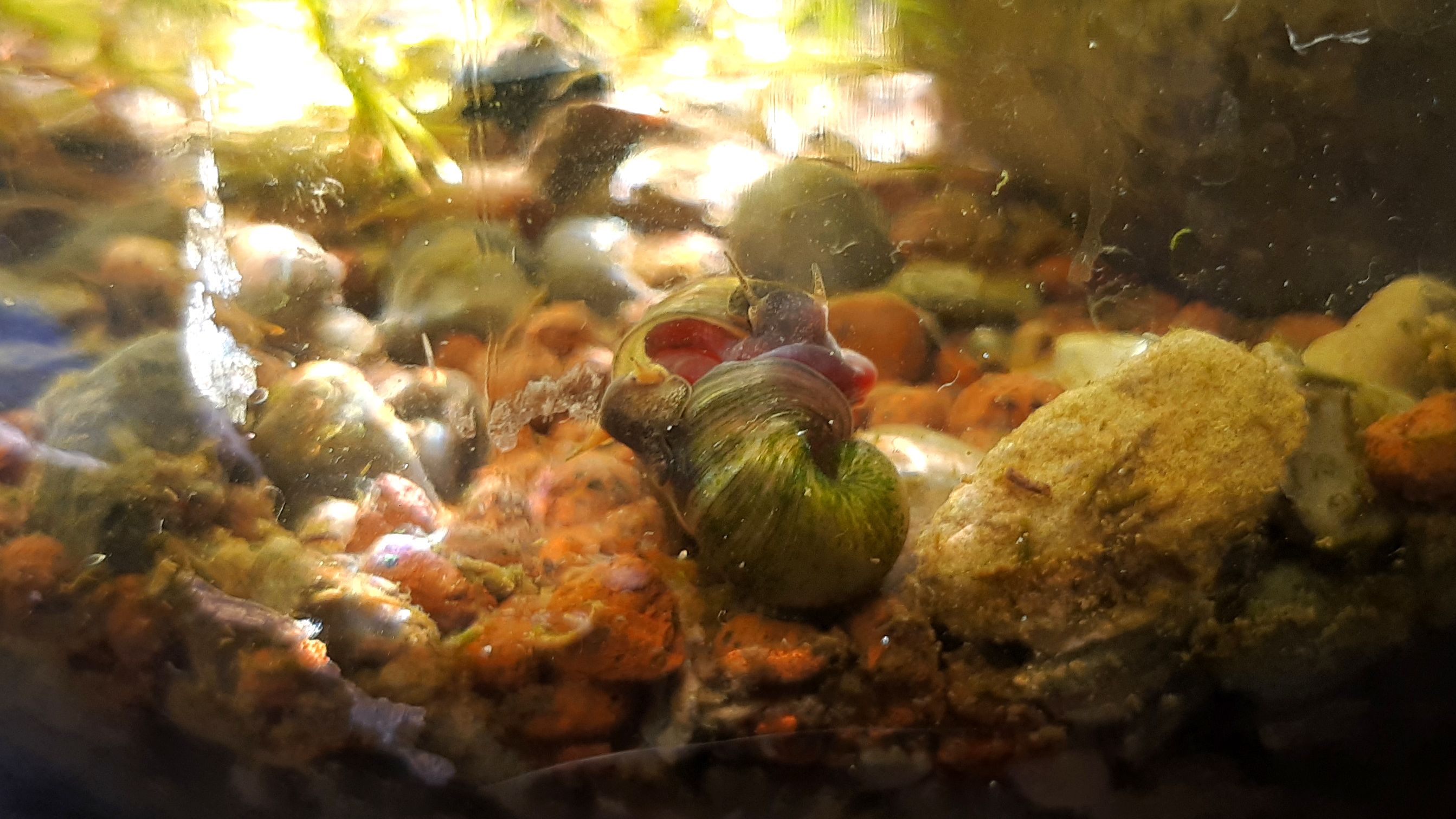 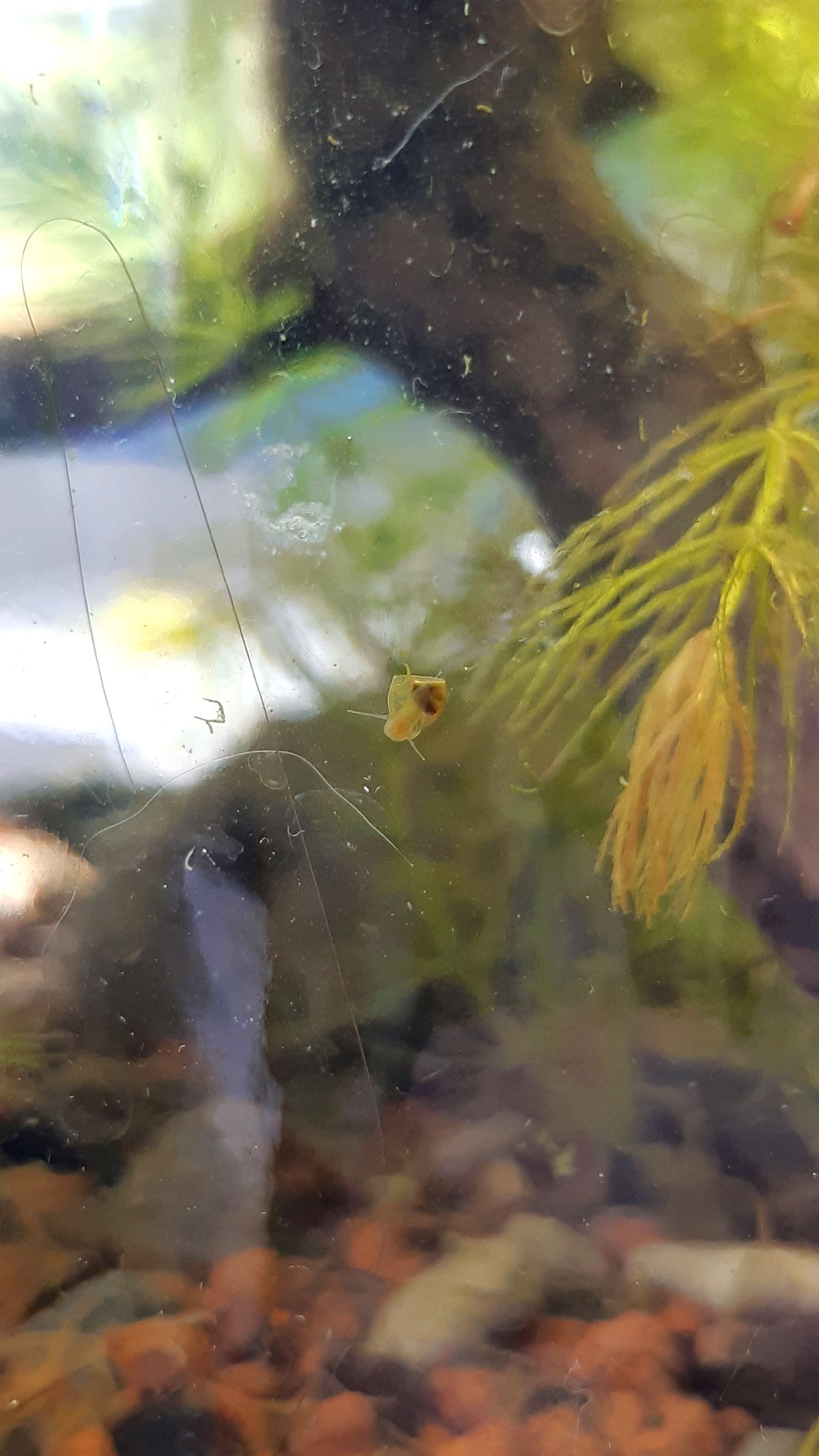 My main tank has mostly dark red leopard rams. This seems to be my dominant colour strain naturally happening in my tanks. These guys are in ny 46g. 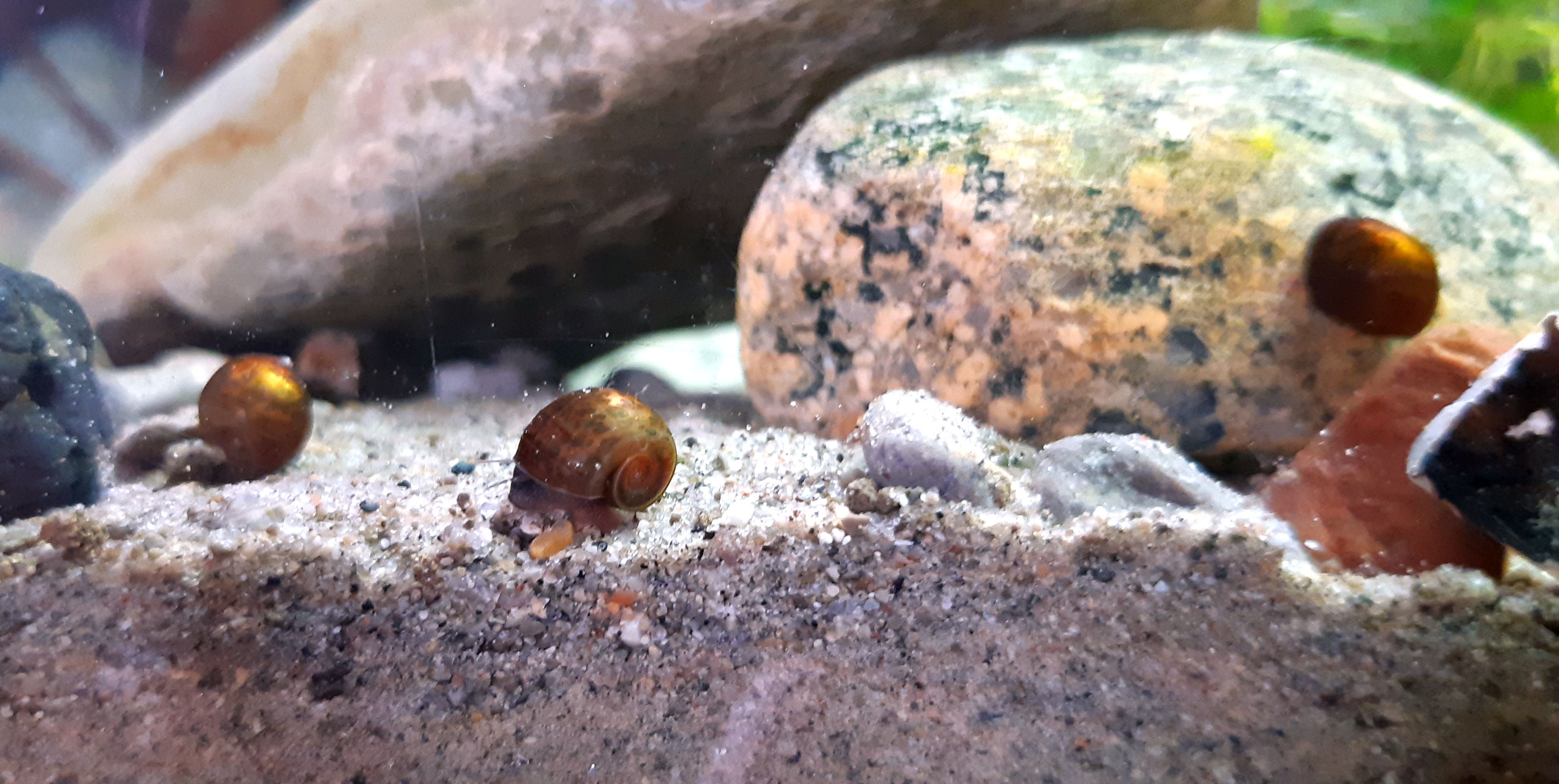 My livebearer tank has a mix, but again mostly the dark leopards and browns. The ramshorn population there is very small, since the apple snails eat my other snails, so any babies or eggs are eaten. So very small population that isnt really taking off. 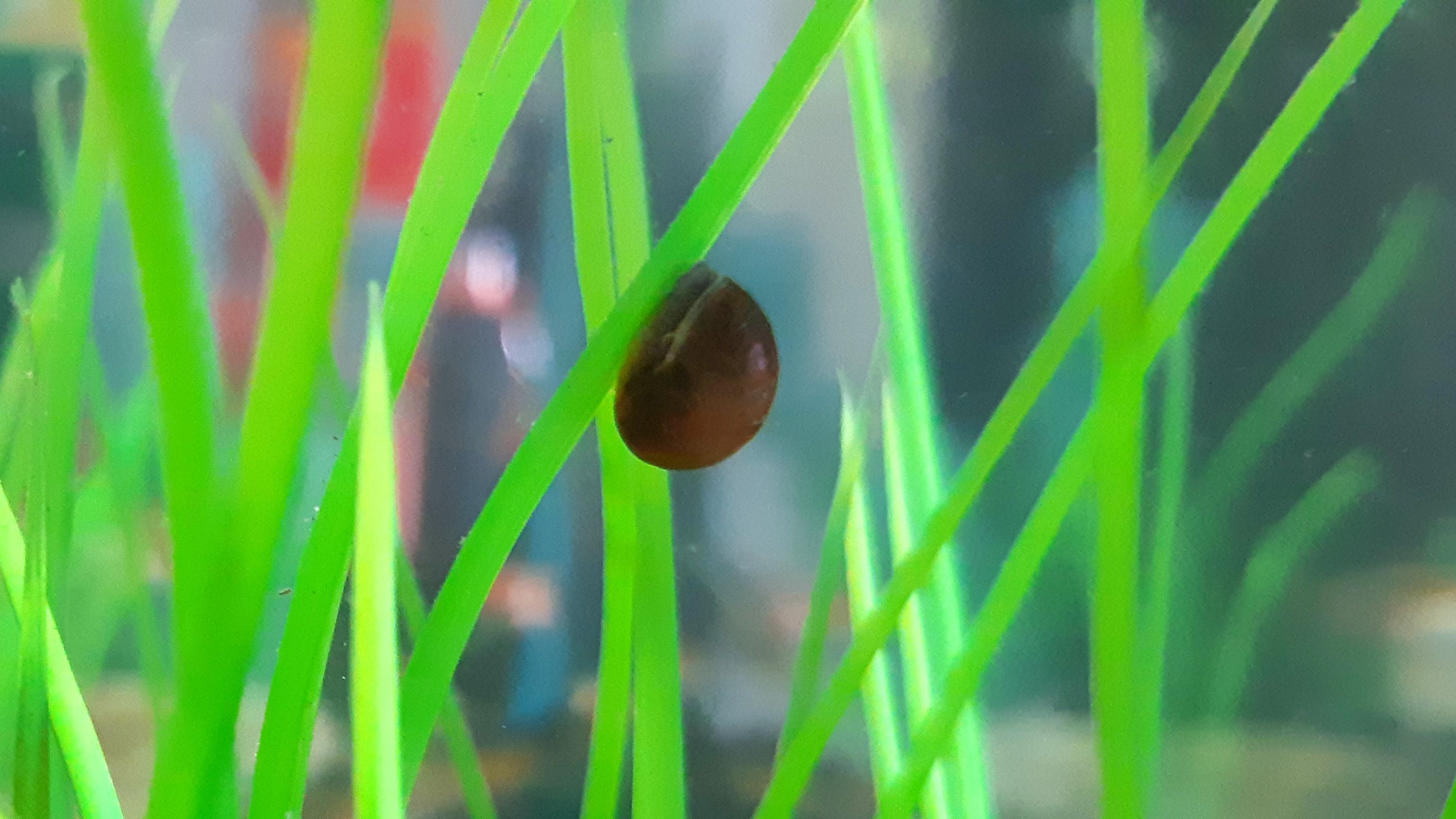 My tetra tank has dark red leopards and a couple very dark browns, but whats interesting with that population is their shells are more narrow than my other populations. 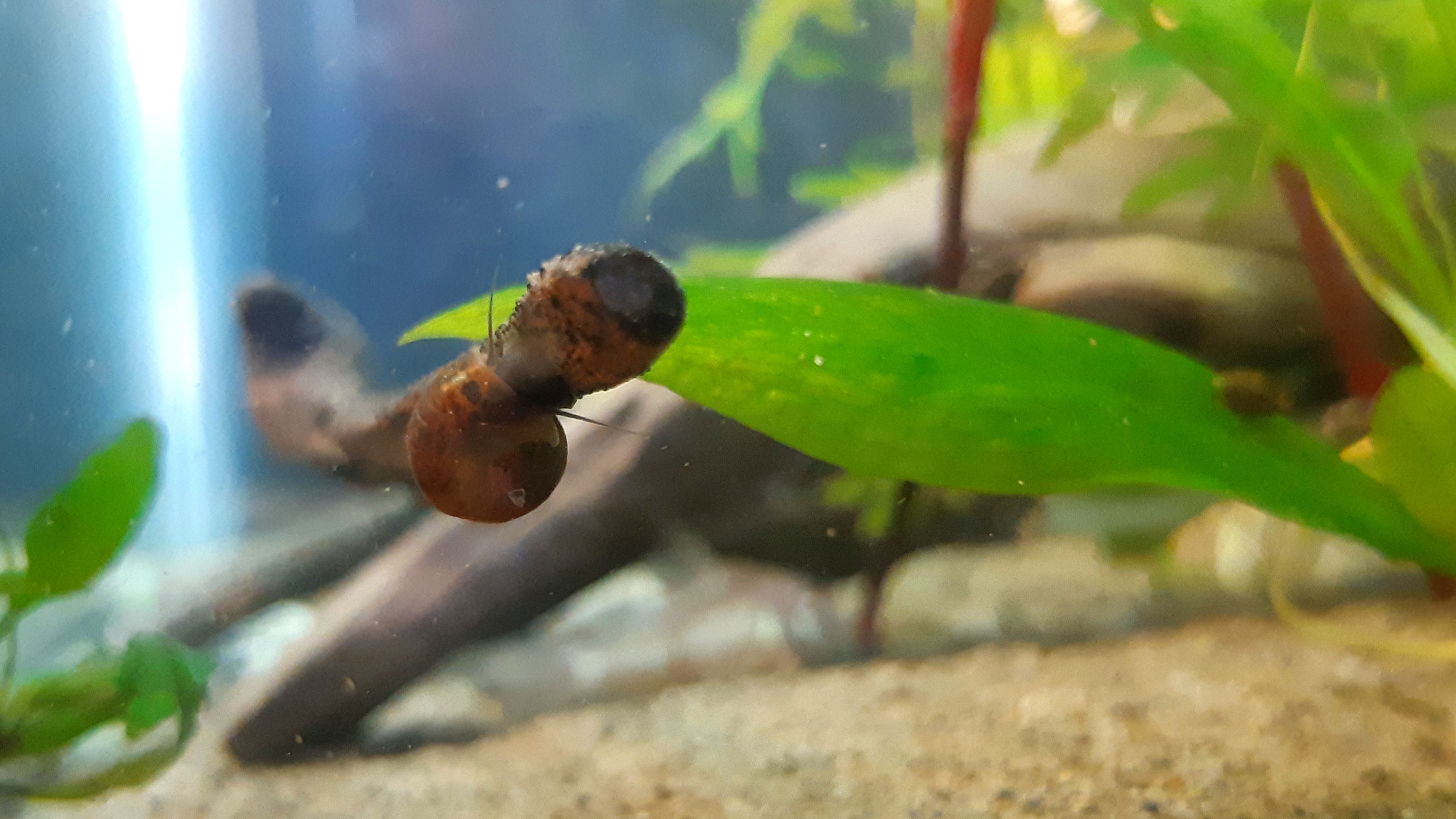 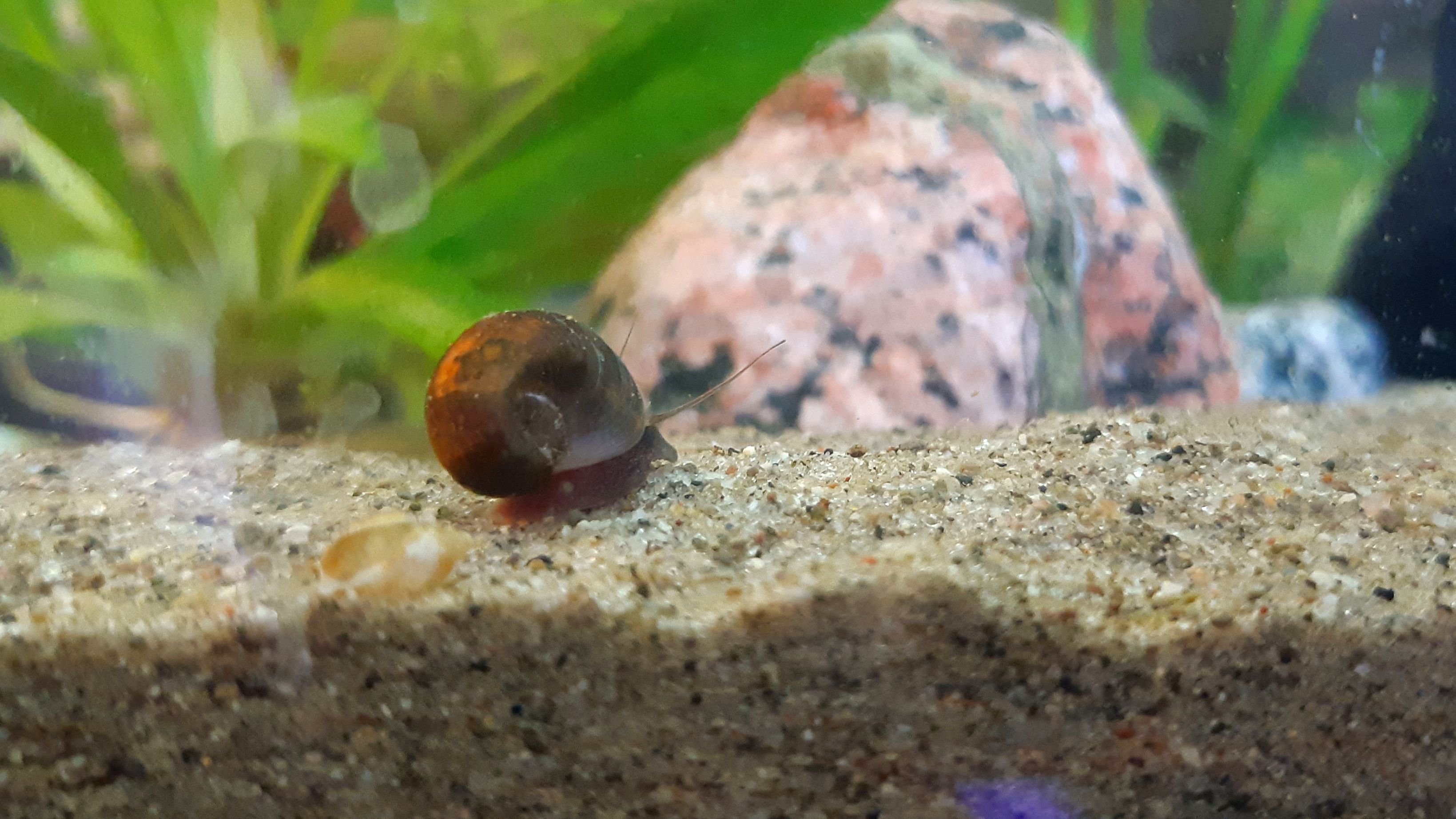 My nano tank though... theyre pink! 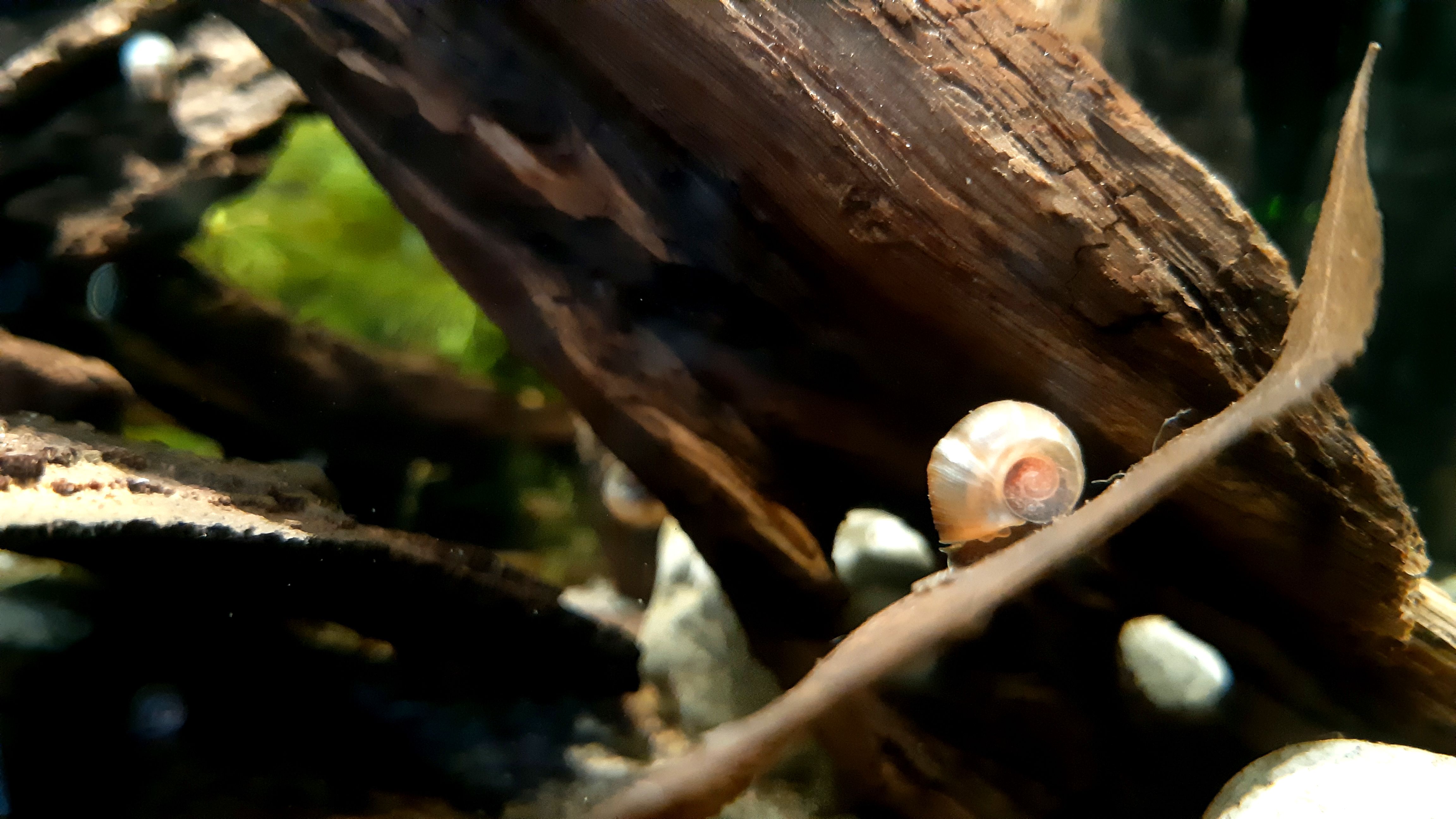 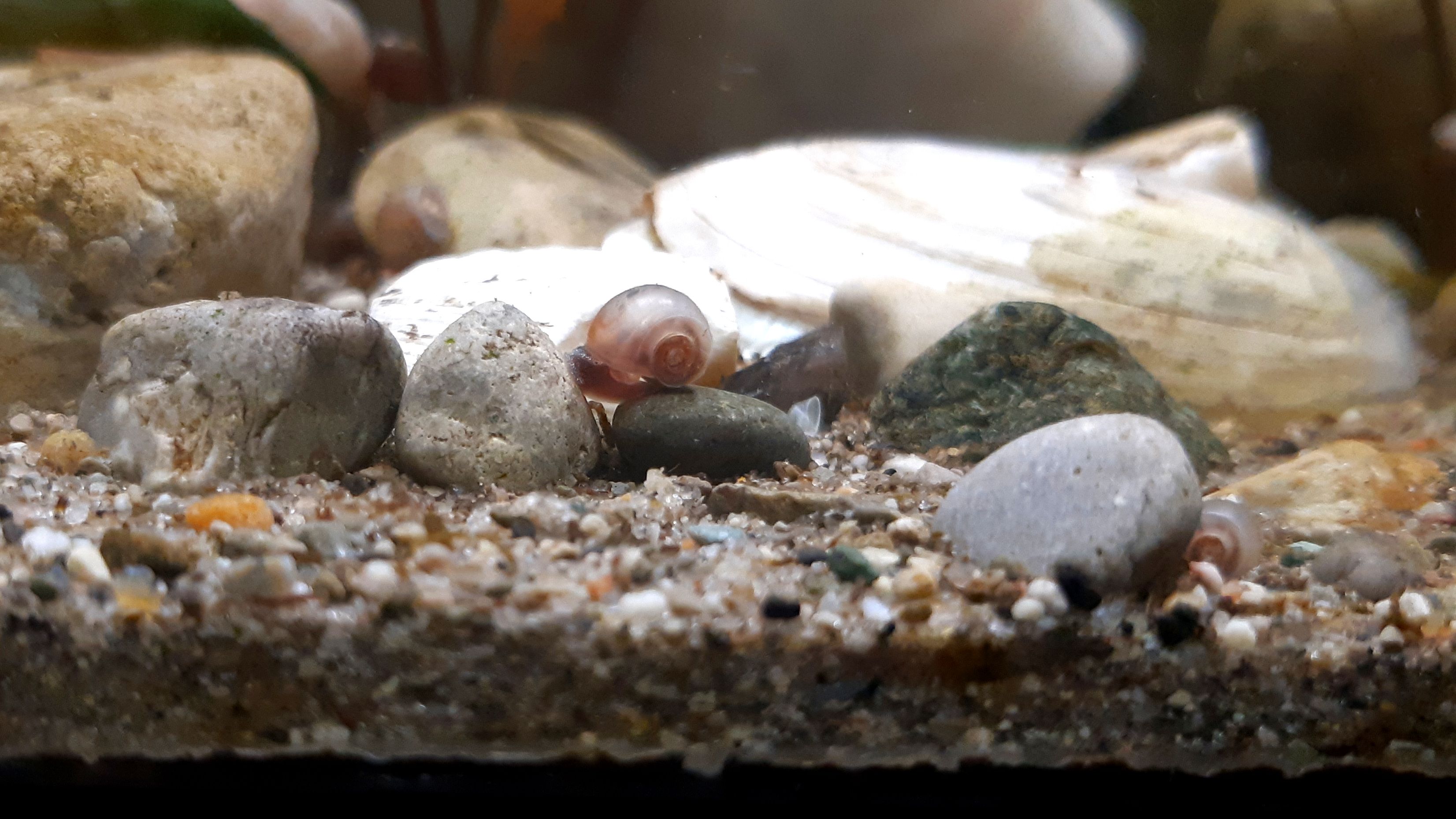 My betta tanks sorta just get a ramdom snail put in, and populations remain very small...
My blackwater betta tank has this wild type guy. 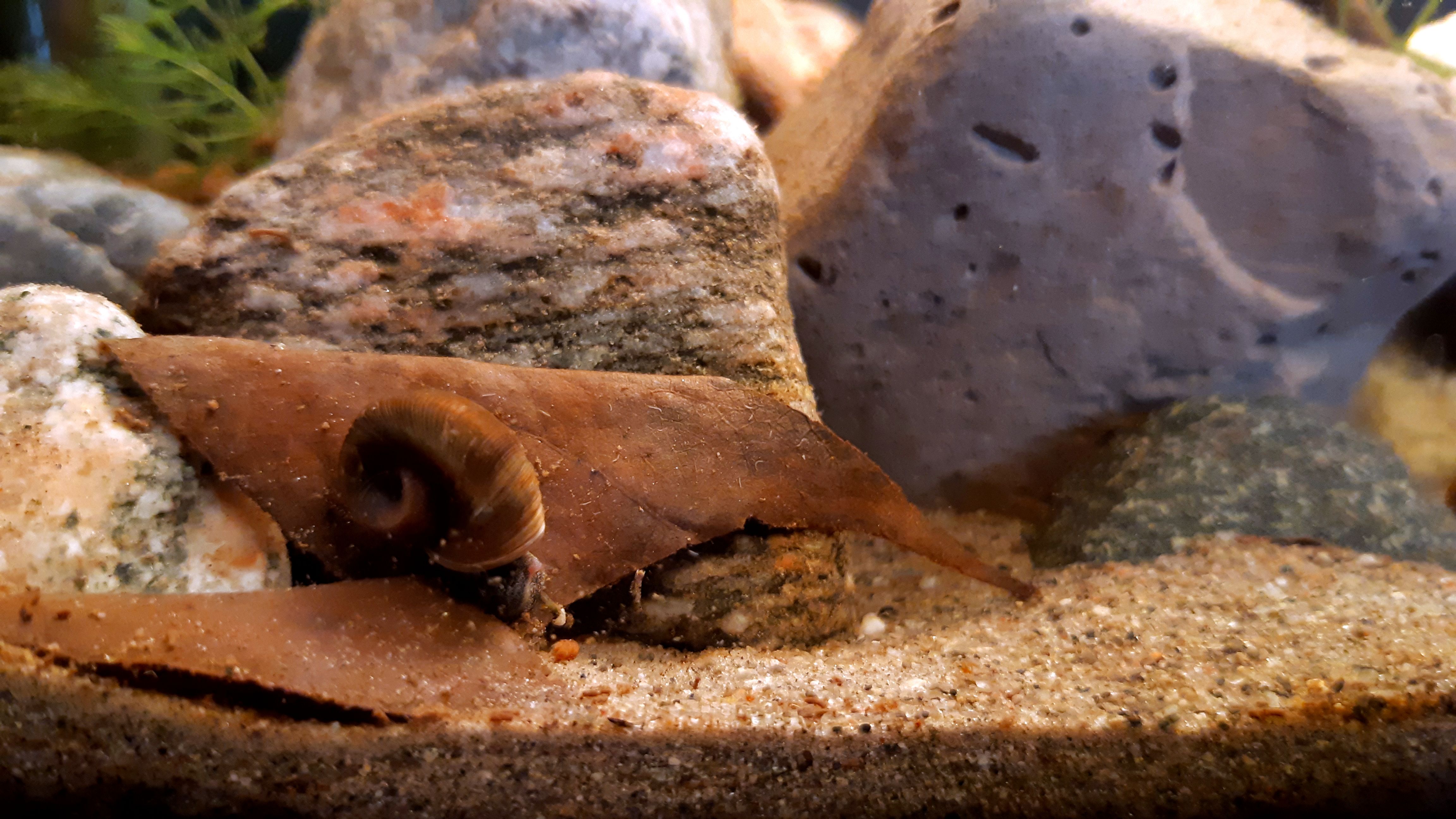 And im not sure what population this guy popped out of, but he showed up and is a very nice leopard. He is in my male betta's tank. I may separate him into a new jar aquarium and add a pink one from my nano to see how those go. 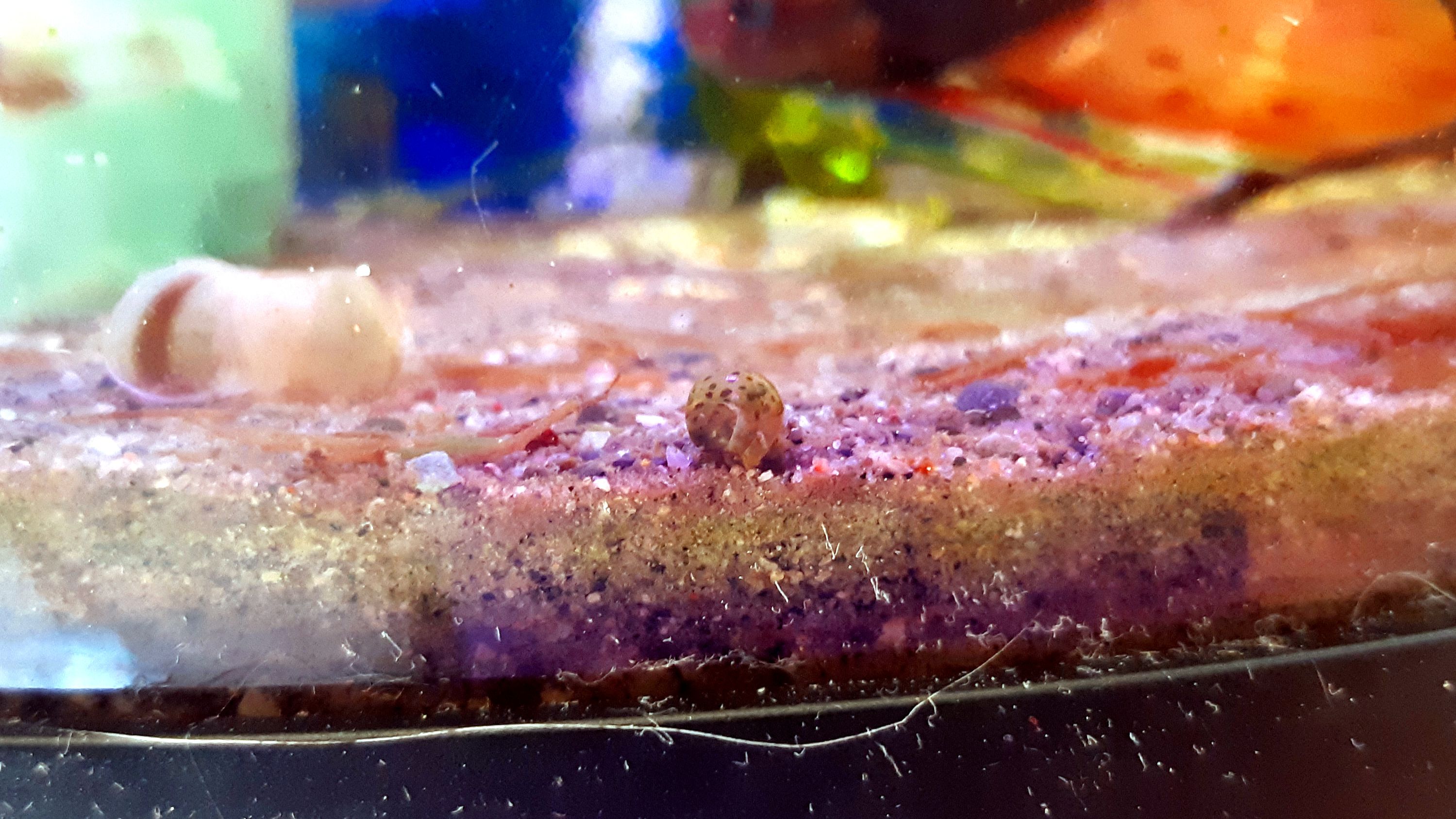 I do mix the odd one or two from each tank into my other tanks though, just to add in new blood to the populations, but its fascinating to see how each population evolves separate from one another.

I've got only two bladders who lost their agreements with gravity...

I’m not going to re upload all of my snail pictures. You can view them here though: https://www.fishforums.net/threads/pictures-of-my-snails.458236/
OP

PheonixKingZ said:
I’m not going to re upload all of my snail pictures. You can view them here though: https://www.fishforums.net/threads/pictures-of-my-snails.458236/
Click to expand...

Lovely! I got a zebra nerite too! Great at cleaning algae, best glass cleaners!

NCaquatics said:
Lovely! I got a zebra nerite too! Great at cleaning algae, best glass cleaners!
Click to expand...

I know! I love her. (Actually I originally thought it was a “he”)

I named it “Marty” after Marty from the movie Madagascar.

These snails are lovely. I have never seen ramshorns quite like the red leopards, I must get some. I have pink pearls and blue leopards, they are great, I can’t believe I thought they were pests.

I have nerite snails in all my tanks except the RES tank and some brown ramshorn snails also in my shrimp tank (hitchhikers). Your snails look nicer than my ramshorn snails.

I have a mystery snail and a nerite in mine. In my other I have pond snails

I’ve a couple of these. I had some blue and red but they only lived a few days after shipping. Don’t know what happened as the shrimp that also came with that order did just fine. That’s a couple of them (shrimp)and one is now berried. These little spotted dudes are cute though, even though they were hitchhikers, I’m happy to have them. 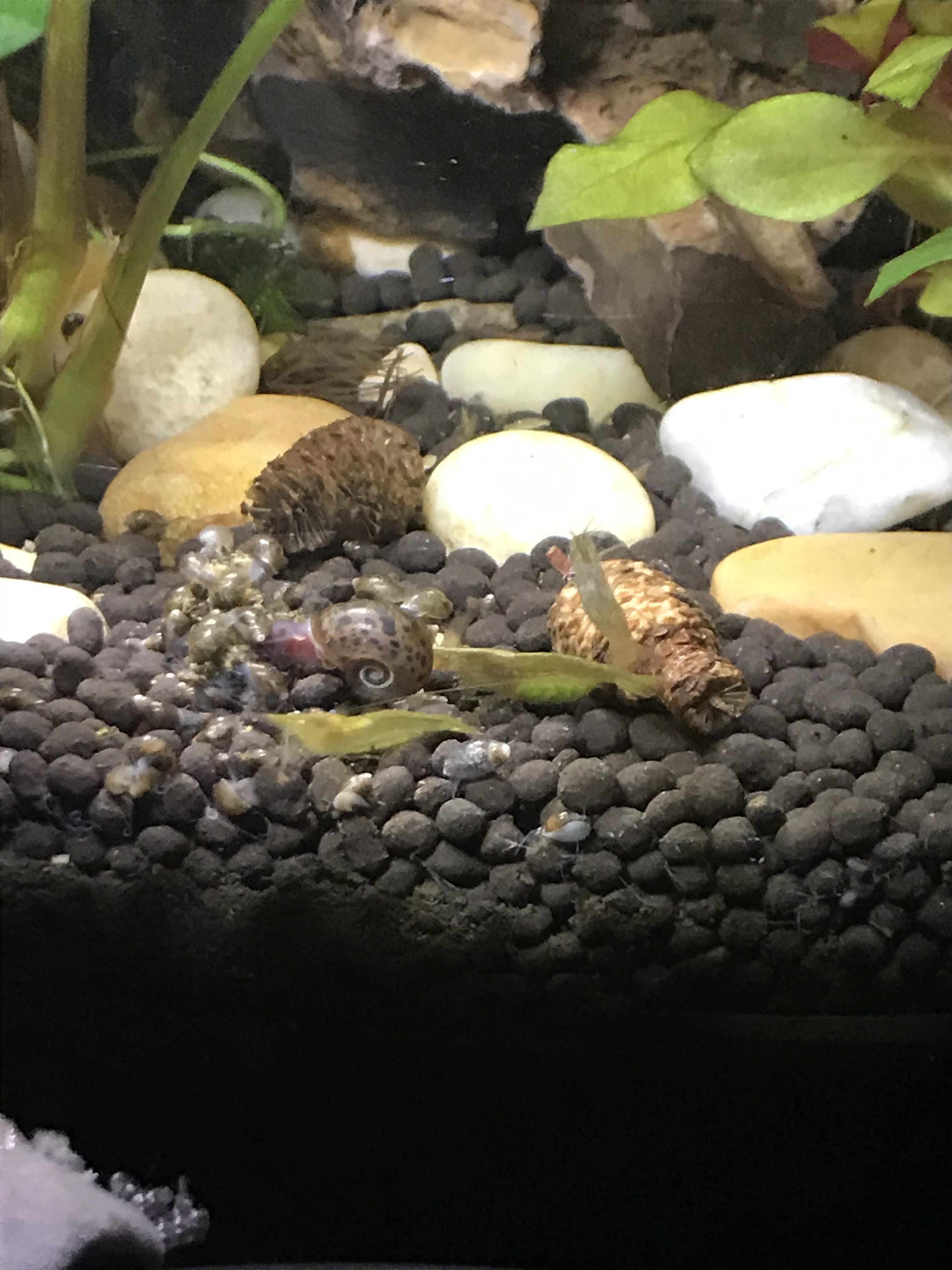 W
Help needed - mysterious cause of death for all fish. 4 remaining but not doing well.

R
Is it had to mix other Corys?