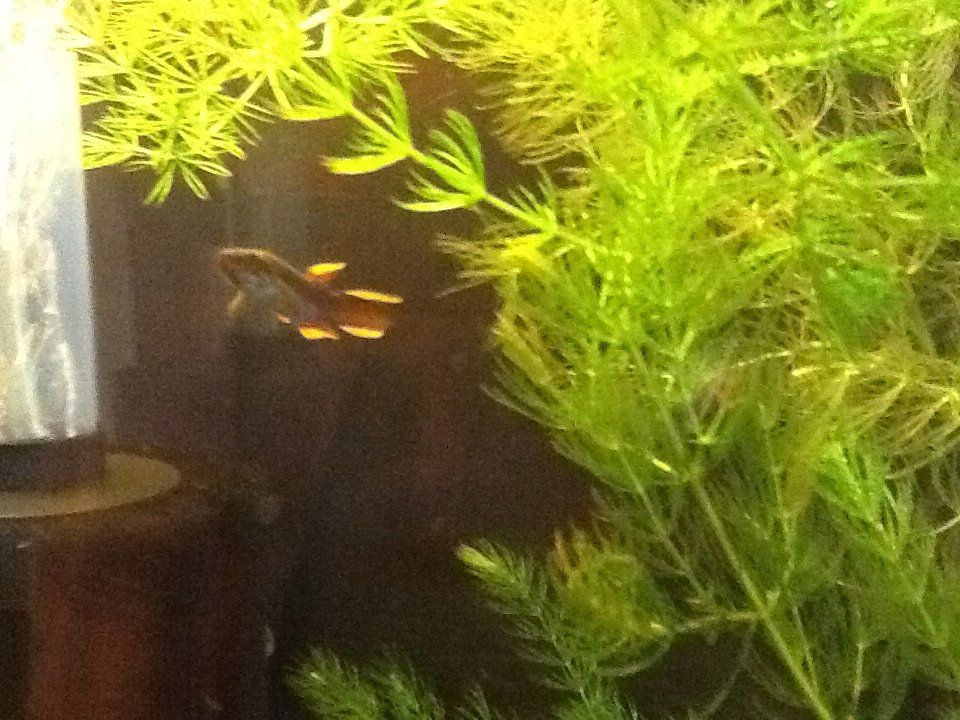 I just can't seem to take a decent picture of fish. The lighting is wrong or the fish keep darting around and the glare on the glass ruins it. I tried different cameras and everything I can think of. I just ain't no Jock Cousteau.

That's one picture right there but it doesn't show the colors well at all. There are subtle blues and red spots that are unbelievable for a freshwater fish. The yellow on his fins is almost an enamel chrome yellow and again my picture is lousy. You'll just have to take my word for it that he's awesome. All of you fine folks take wonderful pictures, so clear and sharp and colorful. Mine look like Charlie Brown took them.

Back in the fold said:
View attachment 94519 I just can't seem to take a decent picture of fish. The lighting is wrong or the fish keep darting around and the glare on the glass ruins it. I tried different cameras and everything I can think of. I just ain't no Jock Cousteau.
Click to expand...

I see a lot of noise in the photo, which probably means your ISO is too high. It's hard to get movement in low light with a low ISO, but if you can add more light - temporarily just for the shot - then that is how you can achieve it. The more light the better as far as motion photography is concerned!

Jacques Cousteau. Without him scuba diving would probably not exist, and my interest in fish might not have become as fanatical as it was.

Most digital cameras automatically set the ISO speed to a higher number when you use the flash. The higher the ISO number, the more grey spotting on the picture. The grey spotting is commonly referred to as grain, hence the term "grainy image".

With film cameras you buy film with a set ISO speed, (100, 200, 400 ISO). Fashion photographers normally use 64 ISO film because it gives a really fine picture with little to no grain. However, they need lots of light otherwise the pictures are blurry. This is why you see studio lights directed at models when they are doing a photo shoot indoors.

At night time, you use a higher ISO speed because it can record things in low light, but you get more grain on the picture.

-------------------------
When you use a flash on a digital camera, the camera slows the shutter speed down and increases the ISO to let as much light into the lens as possible. The drawback to this is either a grainy image or a blurry image, or both.

The blurry image is caused by a slow shutter speed, which allows more light in but if the subject moves, the picture will be blurred.

When using a flash on a camera, you want the shutter speed to be at least 1/100th second. This is the amount of time the lens will be open and how much time the light has to get onto the film or sensor in the camera. Unfortunately, digital cameras normally drop the shutter speed to 1/25, 1/50 or something lower than 1/100 when you use the flash. If the subject moves or if you move when taking the picture with a slow shutter speed, the image will be blurred. Most professionals use a tripod and cable release to keep the camera still when using slow shutter speeds. However, this doesn't work when photographing fish.

You should also increase the light on the subject you are trying to photograph. In an aquarium, you can put a couple more lights above the tank, open the curtains and turn the room lights on. Don't do this at the same time because it will stress the fish. But you can open the curtains, wait an hour and turn the room light on, wait another hour and turn one tank light on, wait another hour and turn another tank light on. Wait another half hour or so and start taking pictures. The extra light will let the camera use a faster shutter speed and lower ISO, and you get a better picture. You still use the flash even with the extra light in the room and on the tank.

I will stay out of the technical camera jargon as I know nothing about that. But one comment--you should not use flash when photographing fish. The flash is seriously stressful to fish.

It depends on how brightly lit the tank is as to whether the flash stresses the fish. I have photographed heaps of fish in aquariums and never had any of them stress out or panic and dash about while using a camera flash. I do make sure the room lights and tank lights have been on for a few hours before taking the pictures and as long as the tank is well lit and there is lots of light in the room, the fish don't mind being photographed.

Byron said:
I will stay out of the technical camera jargon as I know nothing about that. But one comment--you should not use flash when photographing fish. The flash is seriously stressful to fish.
Click to expand...

Flash photo's are never the best quality either, unless you have one of those large flash unit that shoots the light up and bounces it off the walls or ceiling. Typical camera flashes just shoot light forward, which creates poor lighting distribution, and you can just see the difference in how professional the photo looks.
F

it is not easy taking photos of small fish you will quite often need to take many pics to get a good one. on many occasions I use a flash

Have you tried with a phone. The software on many of the newer ones means you probably get better pics than with a lot of cameras. 90% of the pics I post are taken with a phone.

Ocasionally I will drag out the DSLR. I never use the flash but I do have some really fast lenses (f1.4). I usually do these when the tank lights are on and the room is dark to avoid reflections. Set the camera on manual or aperture priority and under expose by 2-3 stops (experiment). Full manual is best because ideally you want the lens wide open and a fast shutter speed as fish won't sit still . I usually go for as high an ISO as the camera will take without making the pics excessively grainy once the pic is reduced to the size you would post. Auto exposure will try to make your picture look like daylight and probably overexpose them.

Try to get close enough that the fish fills the frame, either physically close or with a longer lens. Cropping photos kills the quality. If you do use a flash try to have it off the camera, either above the tank or from the side and preferably use a diffuser. You can also use LED lights rather than a flash.

. Even entry level phones do a decent job without all that mucking about with lights - just get close.

Colin - this one's for you. One of my faves taken in your part of the world (sort of - its where your lot go for cheap boozy hols

). Taken with a cheapish point and shoot that happens to be waterproof 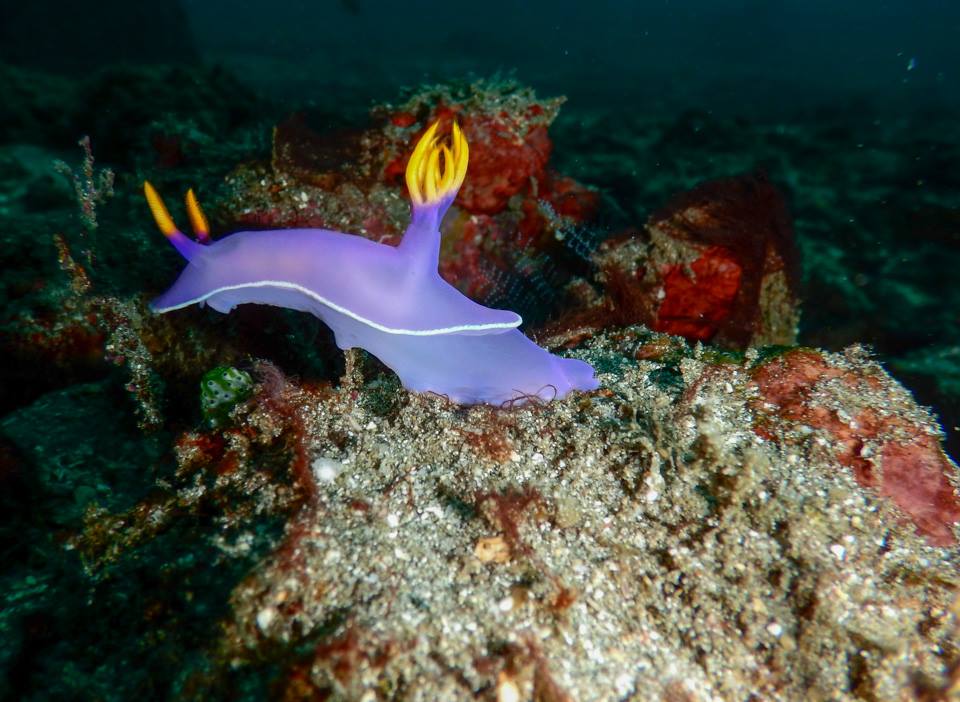 Colin_T said:
If the subject moves or if you move when taking the picture with a slow shutter speed, the image will be blurred. Most professionals use a tripod and cable release to keep the camera still when using slow shutter speeds. However, this doesn't work when photographing fish.
Click to expand...

Actually there is a trick to that. Use a low ISO and small aperture with reduced lighting so that if you took the picture without the flash it would come out completely black. The flash duration is microseconds so it will freeze the picture even at slow shutter speeds.

Note: That explains from a photography perspective how to freeze very fast moving subjects. No comment on stress to fish

I take my fish/tank photos usually with my Huawei P30 Pro mobile phone cause it's quick and convenient and I never use flash. The results are pretty good, but I do use a tripod. My tank lighting is A Fluval Aquasky led 2.0 30watt. 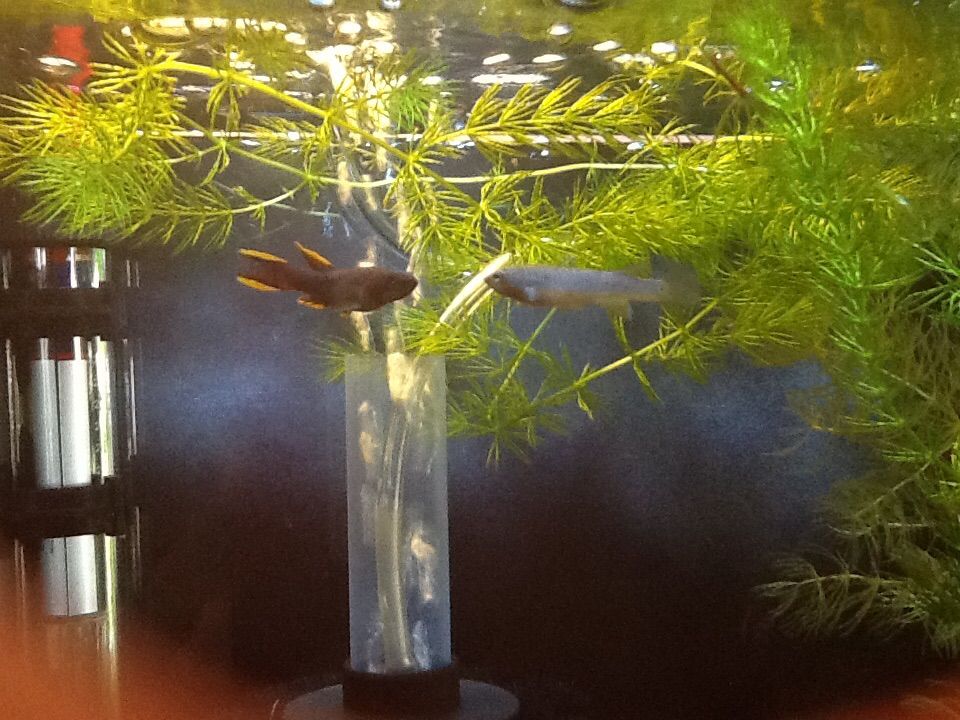 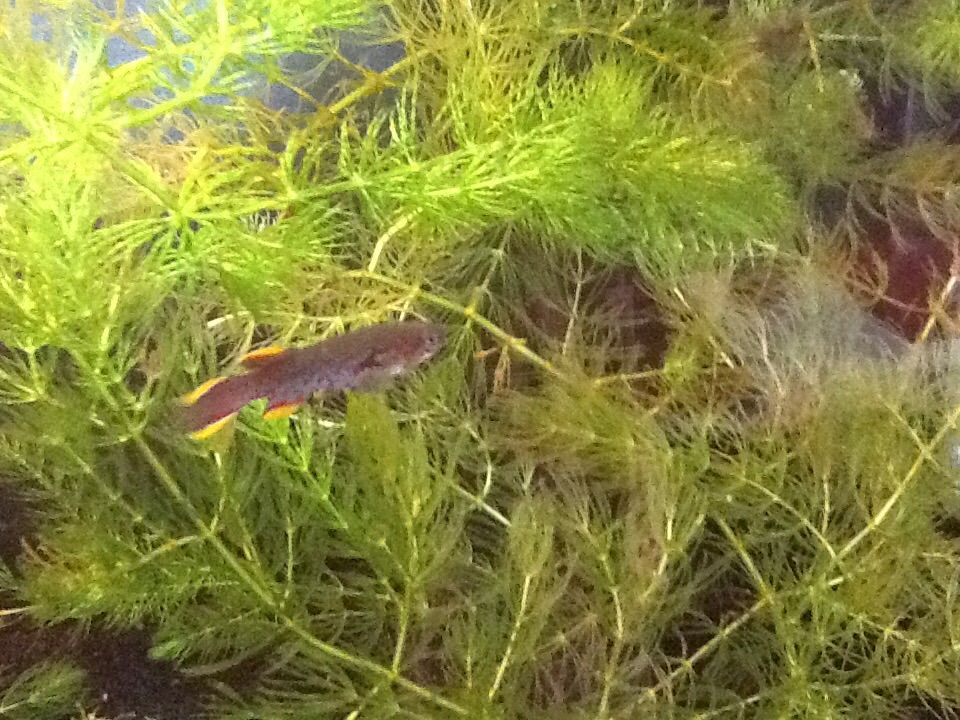 The technical jargon is way beyond me. I tried everything different. Now look, I screwed up the type font in the message. I'm just too old a dog to learn new tricks. George Gobel once asked " do you ever feel like the world is a tuxedo and you're a pair of brown shoes ?". I feel like I'm a pencil and paper in Iron Mans armour.
Last edited: Oct 15, 2019
OP 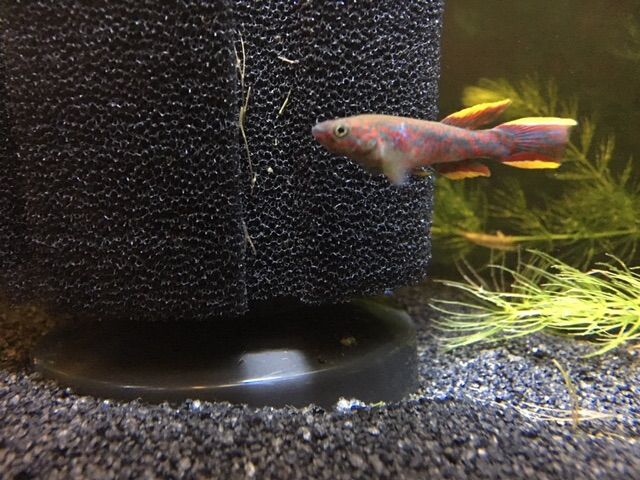