This afternoon, we had a real heavy rain storm. I was on my way back from the hospital on my bike. When I hit downtown, the storm became really worse. The owner of a store overthere, told me to come in and hide from the storm. I know the owner of this store that sells decorations of glass, china and other materials personally,
While waiting for the storm to calm down, I spend my time with the owner and having a glass of tea. It was clear that hardly a customer was around with this kind of weather. When I got home, I've noticed that the storm had been doing its thing quite well.
Well, the heavy rain made all the branches of the bushes and vines in the backyard hang down. Now I'll let it dry first and see which branches I have to prune.
A pigeon egg fell from the nest due to the storm. But mama pigeon is still on the nest. Usually the common wood pigeon builds its nest in a sturdier bush or tree. But this time, apparently, the jasmine was chosen. The fallen egg was clearly fertilized from what I was able to see. 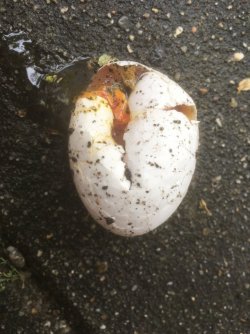 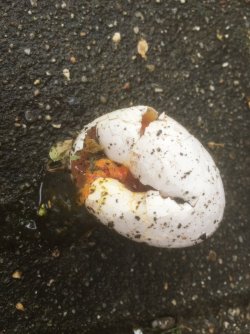 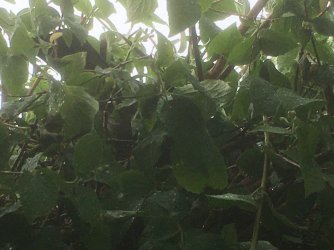 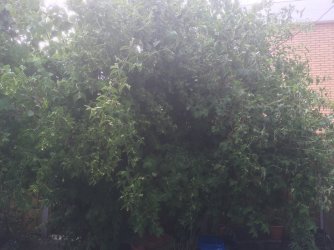 And the weather forecast for tomorrow predicts worse...

But rains are expected to return this weekend
G

Let’s hope it don’t cross the channel we’re having decent enough weather here in England , apparently storms and changes in weather kick start breeding in tanks though don’t know how true it is
OP
OP

But rains are expected to return this weekend
Click to expand...

We had 82,4°F the past two days. And we have been dealing with a drought overhere as well this May.

Guyb93 said:
Let’s hope it don’t cross the channel we’re having decent enough weather here in England , apparently storms and changes in weather kick start breeding in tanks though don’t know how true it is
Click to expand...

I just kicked that storm in your direction... (as a gift, of course... otherwise, it would be cruel...)

If storms always triggered breeding in tanks, I would have a million fry this Spring. My worry is maybe the fish know something I don't, and they're waiting for a storm big enough to be worth it.
You must log in or register to reply here.

Finally upgrading my all plastic tank to all natural!