I Finally Got The One Fish I Thought I'd Never See

I've been after one of these ever since i saw one in a readers tank article in a copy of PFK back in 2001 but they proved impossible to find and never appeared on any stock lists unless they were in America or Singapore, that is until yesterday evening while having a look at Wildwoods updated stock list on Tropical Fishfinder suddenly the name was there jumping out at me.
First thing this morning i was on the phone to find out how much it was, I've recently had some health problems and had to have an operation which has kept me off work for most of the last 4 weeks so money is tight, I'd already discussed it with the mrs and she had agreed i could spend up to £100 on it but no more. When he gave me the price my heart sunk, £175 was far more than i could afford so i had to say i couldn't have it knowing full well that i might never see another one. A couple of hours passed when out of the blue my mrs said "do you really want that fish", she had a little money in another account that she had been saving and said that i could have the fish as long as when i get back to earning money i put the money back, i was happy to say the least

On ringing Wildwoods to reserve the fish the fish house manager who knows me quite well also very kindly dropped £15 off the price so i only had to pay £160 which might not seem a lot but makes a big difference to us at the moment, so thankyou to Keith and to my lovely fiance. 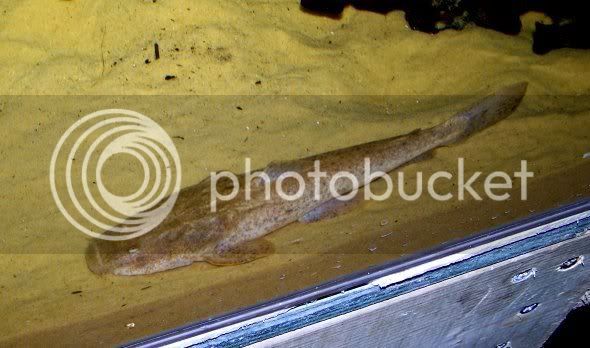 Here you can see it side by side with a Chaca chaca, these fish have evolved completely seperately on two different continents and yet have filled the exact same ecological niche perfectly, the only difference is that the L.alexanderi grows to around 30 inches while the Chaca only reaches about 8 inches. 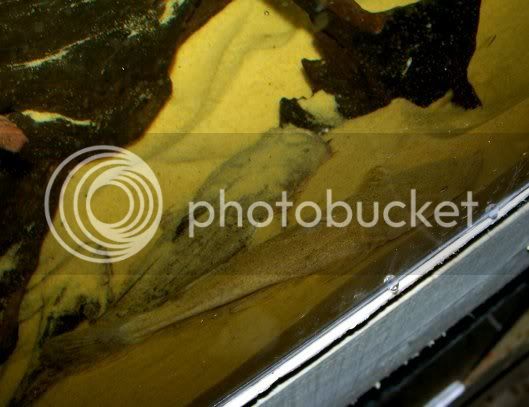 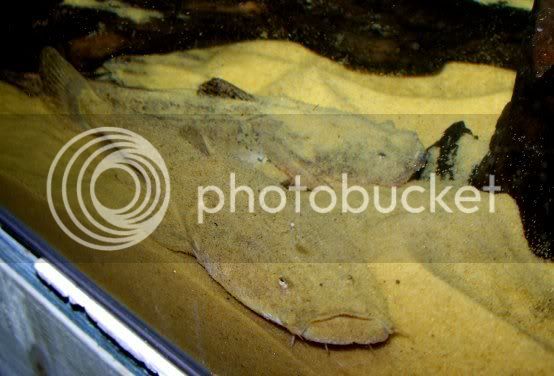 congrats an gaining another amazing specimen.

Practically perfect in every way

oh bless your missus and wildwoods, isn't that nice of them!glad you got the fishy you wanted and sorry you've been poorly...
P

Eater Of The Fishies!!!

cracking find Dean, and naughty you for spending money

the one and only

oh cfc, im so pleased you found one after all the time you waited. you certainly sound like you have a gem for a fiance. i wish you all the best with your recovery

Congrats on the find.

Is it similar to Chacas in every other way? Like eating habits etc. What tank is it going to be going in?

Awesome CFC! I'm really glad you finally got one of your dream fish.

What happens if you find a dragon knife next week??
S

he's a cracker!!! well done and I wish my Mrs was as understanding towards my fish as yours lol!! I'm still sneaking fish in like a military manouver!!
M

invader said:
Awesome CFC! I'm really glad you finally got one of your dream fish.

What happens if you find a dragon knife next week??
Click to expand...

Now just don't tempt fate!! I'm not even going to look at any stocklists for the next few months, i wasn't even looking for myself on Friday

I keep meaning to ask, how was the fish house heating wise through the winter, did the insulation hold up alright?
OP

Yeah the insulation did its job through the winter, i'd estimate the heater was on 15 minutes of each hour during the coldest parts. Now summer has arrived the heater isn't needed at all, i have turned the thermostat down to 25c just to make sure it doesn't drop if we have a cold night but the room is holding at between 27c and 29c air temperature without any additional heat at all.

Sorry Geo i missed your post before. Yep its like a giant Chaca, buries itself in the sand and consumes anything that swims over its head with one gulp. Eventually it will go in the 900g with the other tank busters but i'll have to move it about as it grows a bit first.
You must log in or register to reply here.
Share:
Facebook Reddit Pinterest Tumblr WhatsApp Email Share Link

K
Help! What is up with my Betta?