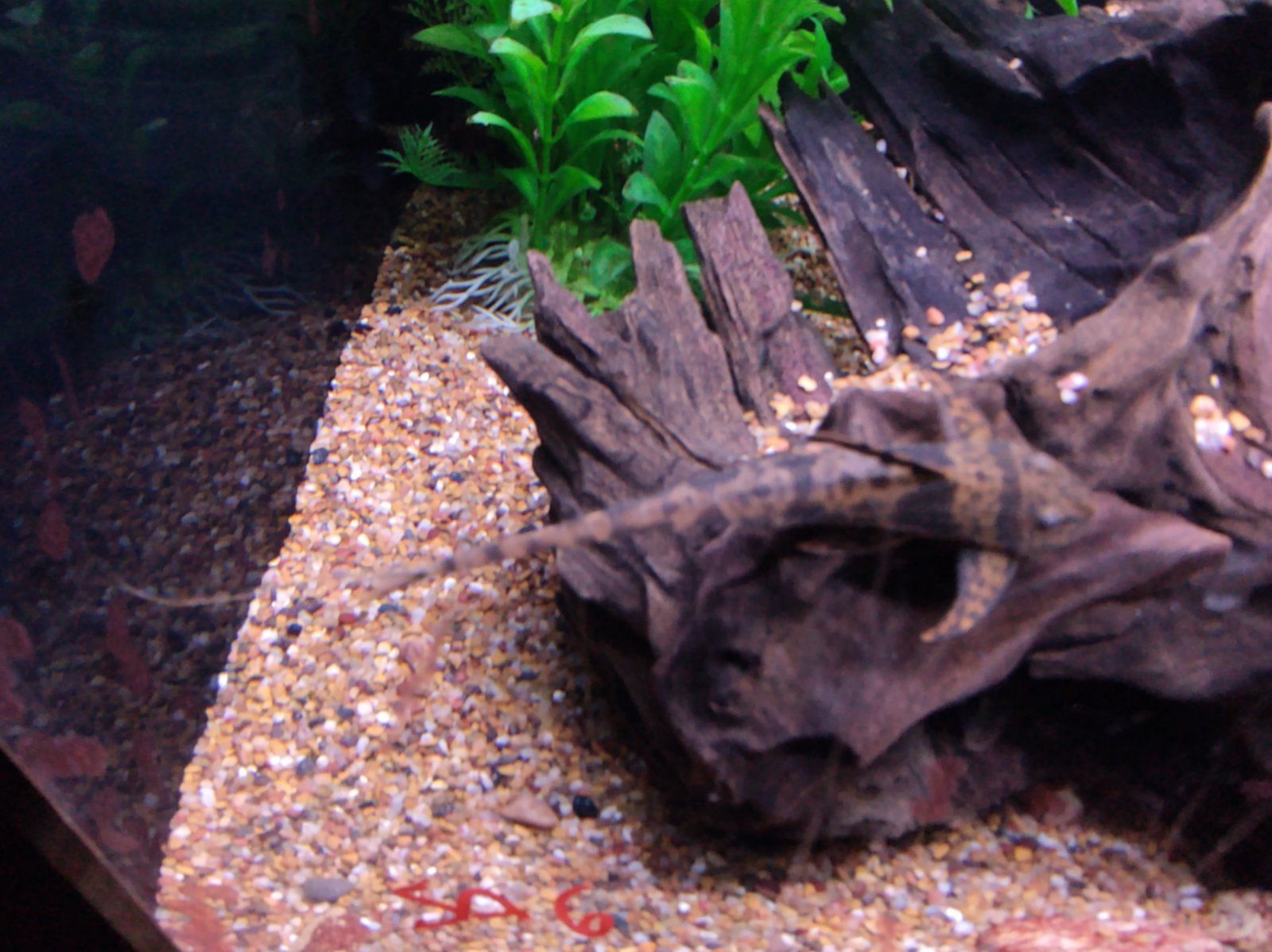 Sorry the image isn't the best, but can anyone ID this guy/gal?

Thank you, that is what I thought too. I found him at a pet store not so near us, about an hour away. When I questioned the store associate and said that I don't believe that is the correct label for the fish, she went to go get a manager and the manager totally ignored me and told the employee (standing right in front of me) that is correct and walked away. When I looked at the employee and I told her that it isn't correct and I was going to say don't worry about it get me another fish. However she went back to her manager and he came back extremely irritated at being questioned yet again and finally addressed me and said what do you think that fish is? So I told him and he said that he yelled in front of more than half a dozen people which were also customers,that it was what is listed and that he had been in the industry buying fish for 20 years and he knows what a Farlowella looks like, and that is his PRICE!!! Speaking to us like we were 6 year old children caught in a lie or stealing. Then he went storming off. The last part of this was more addressed to my sister who had been looking up the fish on the side and chimed in with its actual name. Now my sister is 13 years younger than me and has been into fish since she was a child. Unlike my brain, she can retain and correctly pronounce fish name. She was very, very upset at being talked down to in front of a group of customers. I was shocked (but this wasn't the first time a manager of this store acted inappropriately, which is why I go here rarely if ever anymore). Too late to make a long story short but I would up not buying it and another fish, paying for my items and calling another manager on the way home to tell them how inappropriately the manager conducted himself to us and a store full of customers (not a small fish store, but not a chain store; they have 3 in total two in IL and one in OH).

BTW the poor store associate apologized to us at least 5 times. I didn't see the manager at his station when I went to check out.

Thank you in confirming what my sister and I thought. Funny thing was they had some Royal Farlowella in a tank right around the corner. I would have showed him if he hadn't stomped away like a child after yelling at us, lol.
You must log in or register to reply here.