Location: Commonly Gulf of Mexico and Carribean Sea although sightings in tropical pacific are occasionally quoted

Care: Protopalythoa grandis are the largest of the soft colony polyps. They are similar in many aspects of care to common palythoa or zooanthids. While not commonly available in the trade, P. grandis are very hardy corals and easy to care for. They require only low or moderate light and low or moderate flowrate. While they can survive in high-light high-flow situations, bleaching and stress can result if they are moved into such an environment too quickly. P grandis are very weak when it comes to toxins, nematocysts, and other forms of defense, and will instead close up when threatened. Protopalythoa are only capable of out-competing some SPS corals yet they will live peacefully with most soft corals. They may over-grow their smaller zooanthid cousins and smother them from light, but direct chemical warfare typically does not occur. Most LPS corals will sting P grandis out of their territory.

The coral does best if either fed directly, or if able to grab small food particles out of the water during feeding time. P grandis will typically close at night and open early in the morning. It is also common for this coral to close up for days up to a week to shed an outer layer of skin to remove film algaes and promote growth; a behavior similar to leather corals.

Feeding: Palythoa grandis contain the symbiotic algae called zooxanthellae and are therefore photosynthetic. They also benefit GREATLY from feeding of either chopped or whole feeder foods (brine/mysis/etc) either directly with a turkey baster or by just picking up floating particles during fish feeding time. Polyps will close while digesting and open a few short minutes later. Their ability to eat means they require low to moderate lighting only.

Propagation: P grandis can be propagated splitting the rock that they are on, or by cutting with a sharp knife/scissors and re-gluing to other rocks via super glue gel.

Comments: P grandis are a VERY hardy polyp. They eat very readily and their survival rate in captivity is very high. Unfortunately they are somewhat rare in Europe as they are commonly only collected in highly restricted waters. If a frag or head is found, they are easy to propagate and grow to the benefit of other aquarists who may find difficulty locating the specemin via retail. If you order P grandis over the internet, or move them from tank to tank too soon after fragging, they will most likely arrive closed and should reopen within 24-48 hours. The longer they stay closed the less likely they will remain viable, however they can go weeks without opening and still remain healthy and viable. Patience and stable non-stressful conditions should be maintained if they do arrive closed.

CAUTION: P grandis may secrete an exceptionally poisonous substance called palyotoxin. Reports of aquarists encountering palyotoxin from P grandis are very rare as the collection and fragmentation of P grandis is very rare among the hobby yet do NOT underestimate their toxin. Aquarists have been blinded and lost thier sense of taste/smell for days at a time with contact to palyotoxin. Always wear gloves, wash hands, and wash any towels used to dry up after handling P grandis in ANY fashion. Do not under ANY circumstances allow any surface possibly contaminated with palyotoxin to have contact with any mucosal membranes of your body (eyes, ears, mouth, open wounds). See this thread for more information. 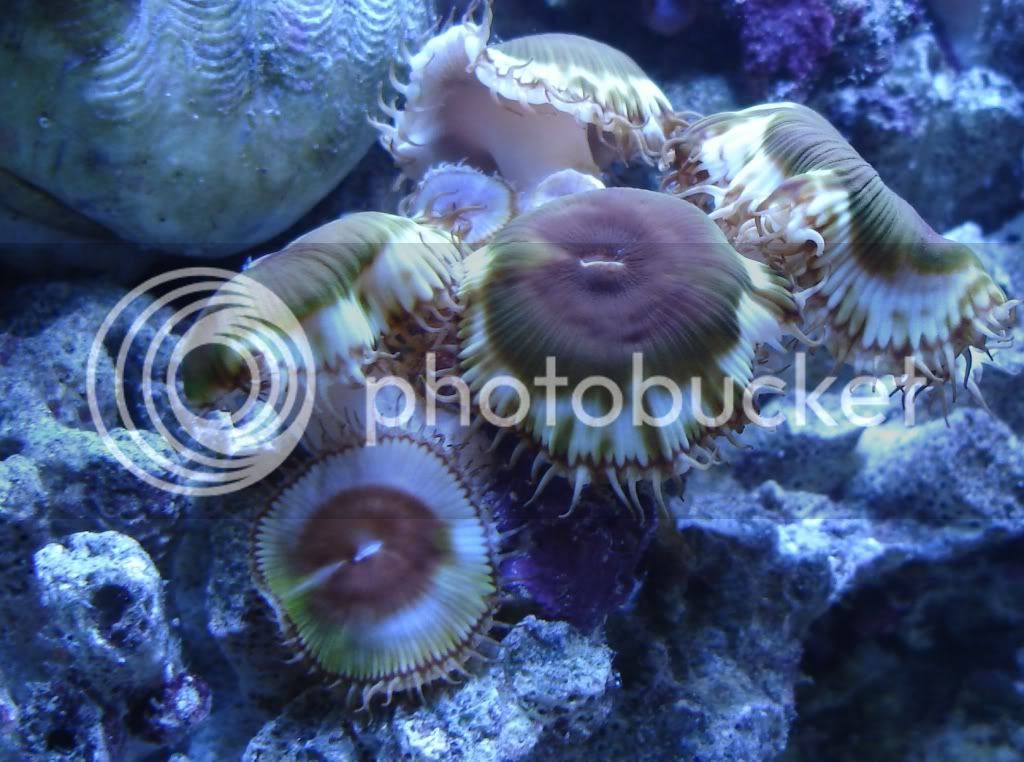 Today at 1:15 AM
iliketurtles
I

How can i make it stop!