We have a winner in Tropical Fish Forums'
September 2022 Pet of the Month Contest​
We had 12 awesome pets entered in this month's POTM contest. But only one could win...
And the winner is.......

DragonScales+Doubletails
Let's all congratulate them

Here's their Bearded Dragon and it's description​ 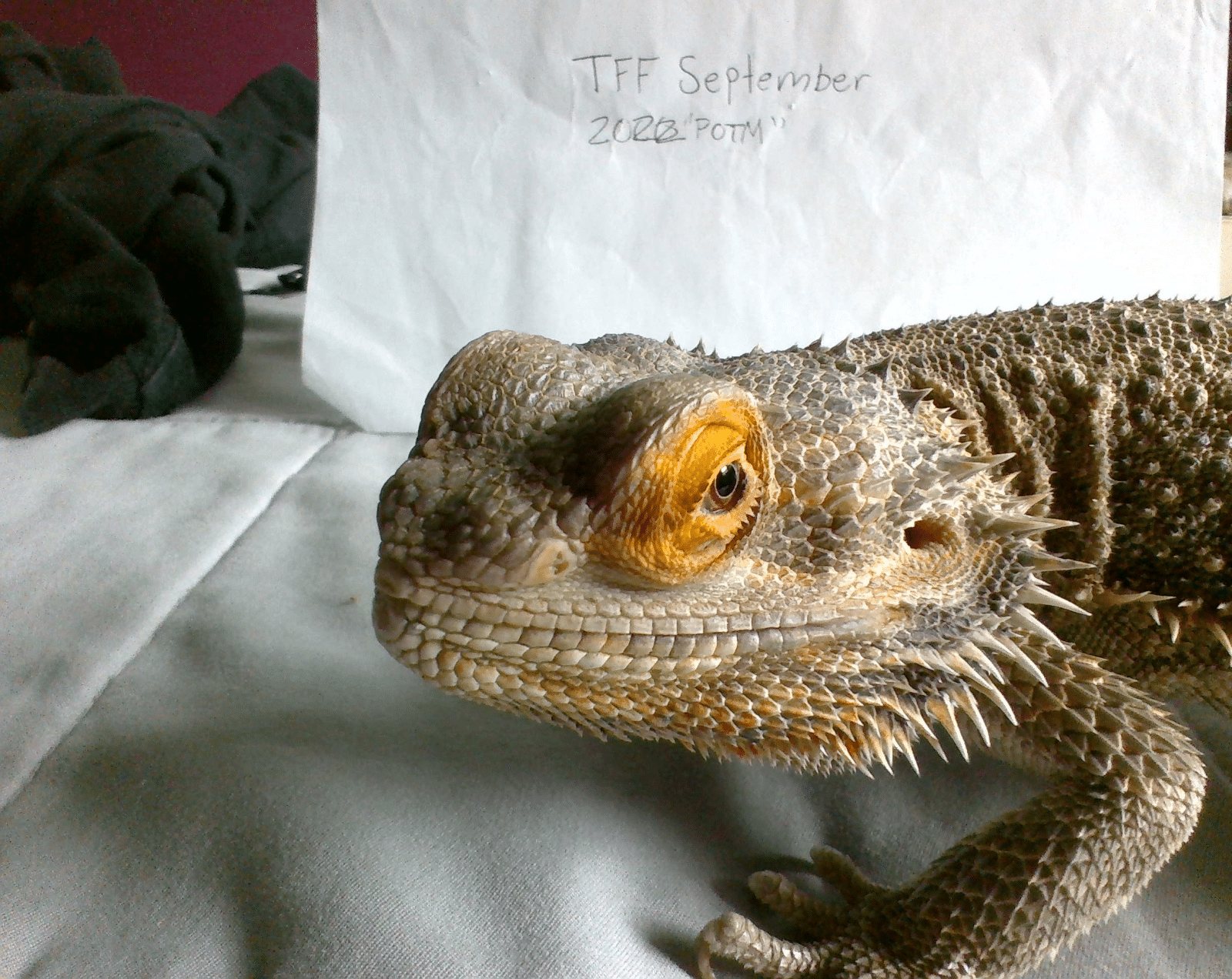 This is my boy Sunny. he is a bearded dragon and to my knowledge is 6 years old, I rescued him from an overworked mother who sadly neglected him. She also rescued him from a teenager who went off to college. that makes me the third owner!! he never received the right care until he was rescued, so he is quite small. he loves to eat superworms and dandelions, greens are a struggle right now but I'm working on it. every night he sleeps in the cozy blanket that he was raised with. He was also classified as a girl until I got him

sooo.. that happened. he does like to dress up all fancy in his serape, he also is Australian but believes he is Hispanic!

and I think he really does love people, he is very quick to slowly (

Congrats go out to @DragonScales+Doubletails with their awesome looking Bearded Dragon. Great pet and great pic. Well deserved win!
Coming in second place is @JuiceBox52 with her one year old black cat named Topi. Great picture and great pet!
And coming in 3rd place is @dR3ws3r with her very cute cat named Tayla. You took a great photo. Good going!

Thanks to all who participated in this month's POTM contest.

Right now we are accepting entries for our October Tank of the Month contest which is featuring tanks sized at 17 to 30 US gallons. If you have a tank of that size, we hope you enter the contest. You don't have to be at your final goal to enter the contest. Just enter it and show us your tank. Click link below:

POLL IS NOW CLOSED! :big_boss: PLEASE VOTE! We have 7 awesome tanks entered in Fishforums' October 2022 Tank of the Month contest featuring tanks sized at 17 to 30 US gallons. View all the tanks and descriptions below and then go to poll at the top of this thread, click on your choice for...
www.fishforums.net

@DragonScales+Doubletails has been awarded a POTM winner banner in his profile area. And his Bearded Dragon has been added to our POTM WALL OF FAME

@DragonScales+Doubletails
Feel free to post up some more pics and/or videos of your beaded dragon using your brand new camera.

Thanks, guys! sorry for the late reply. I've had a very painful sore throat these past days, Sunny is honored to be September's POTM.

DragonScales+Doubletails said:
Thanks, guys! sorry for the late reply. I've had a very painful sore throat these past days, Sunny is honored to be September's POTM.
Click to expand...

Hope you feel better man!
You must log in or register to reply here.