Dark Knight Rams are not "black rams". You will see many websites, such as this one, selling "Black Rams" and as you can see by the picture -- they are slightly black. Dark Knight Rams are pitch black with yellow/orange fins -- truly have to be seen to be believed. My Dark Knights are currently at least 2/3 black and as they continue to mature they will change over completely (see attached image). The color strain originates from S. Africa (~2012) and is pretty rare as far as tropical freshwater fish go.

Gold Rams: These are not your typical gold rams, they are from a spawn of Dark Knight Rams. This means that if they breed, some of their fry will have the Dark Knight gene. Additionally, since they came from DK parents the gold rams are typically more beautiful than the original gold ram as their fins will have a blue fluorescence to them as they mature (this is already beginning to show).

All fish are 1.5 inches long and around 8 months old. I'm located in Central Illinois and am willing to ship. 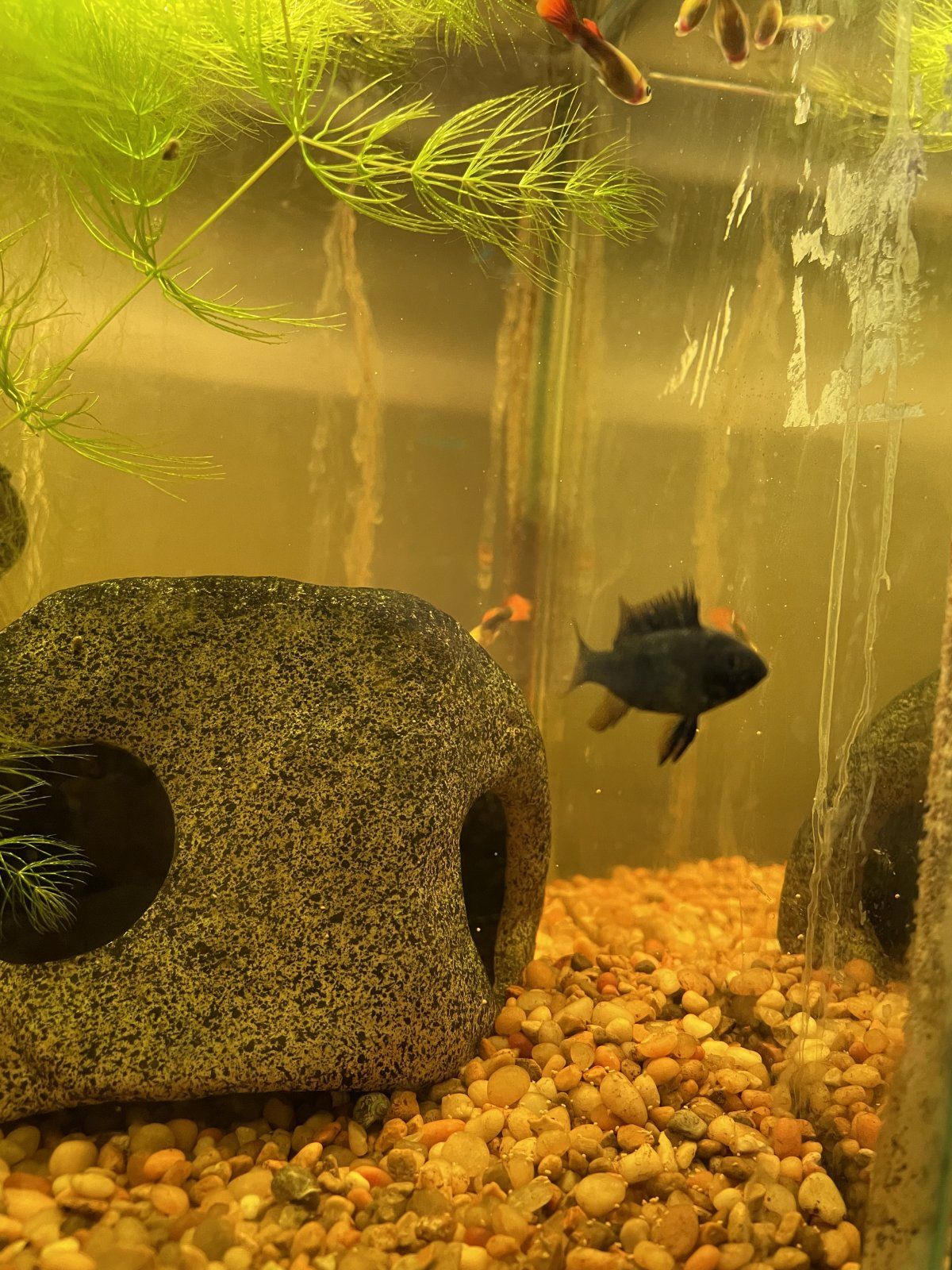