Sorry, no pics yet! Just starting up a thread for my new chicks. We will be getting about 15-20 total. They'll be used mostly for egg layers...There's just nothing like fresh eggs. They'll be free range in our yard. It's been a dream to get chickens my whole life, and it's finally coming true haha. Southern States will be getting in their chicks next week. They do a "buy a 50lb bag of chick food and get 6 chicks free" deal, so we'll be getting at least 6 from them. The other 6 will be probably a variety from Tractor supply depending what they get in. (Missed one type of chick we wanted the other day...Tractor Supply sold out of them the following day.) So excited!!!

After trying a few different bulbs, the 100W bulb is keeping the side under the light at a nice toasty 96*F.  The 60W bulb we started with only got up to 86* which will be fine in a few weeks, just not yet. 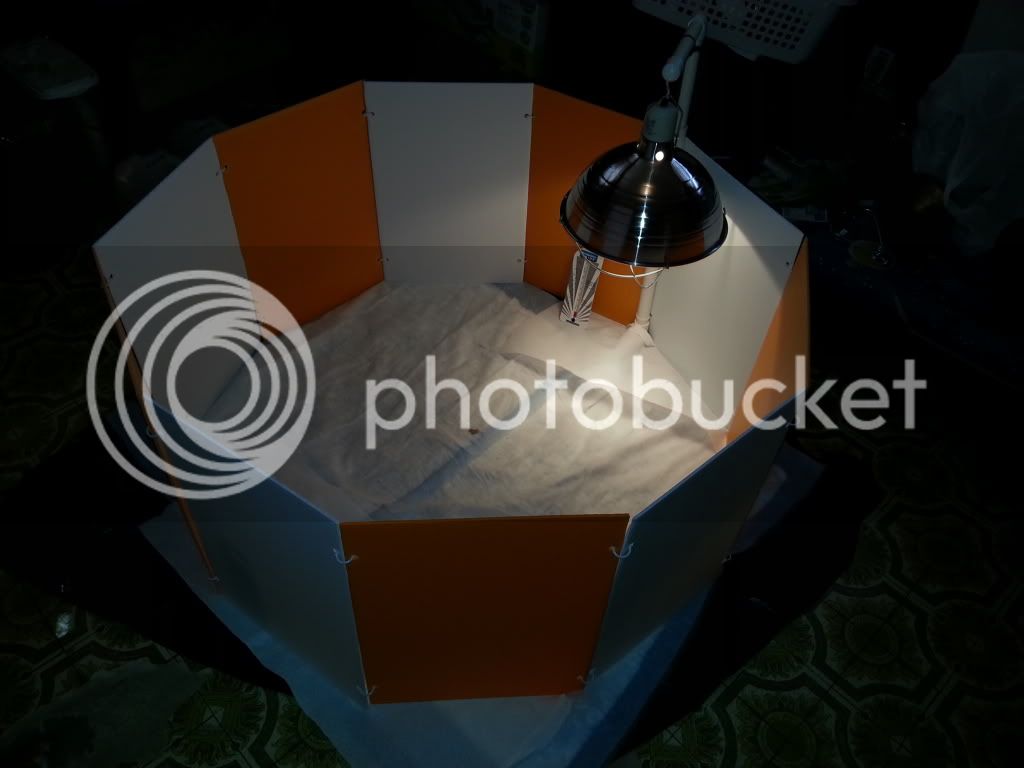 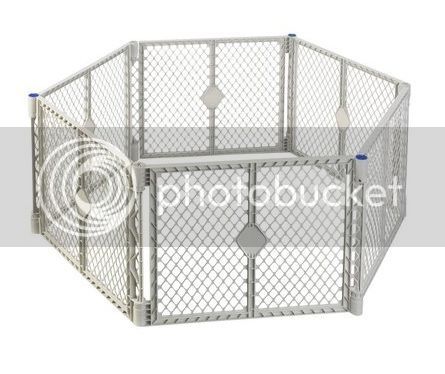 Have some of this on hand too, to give the chicks a good start since they'll be stressed from everything. 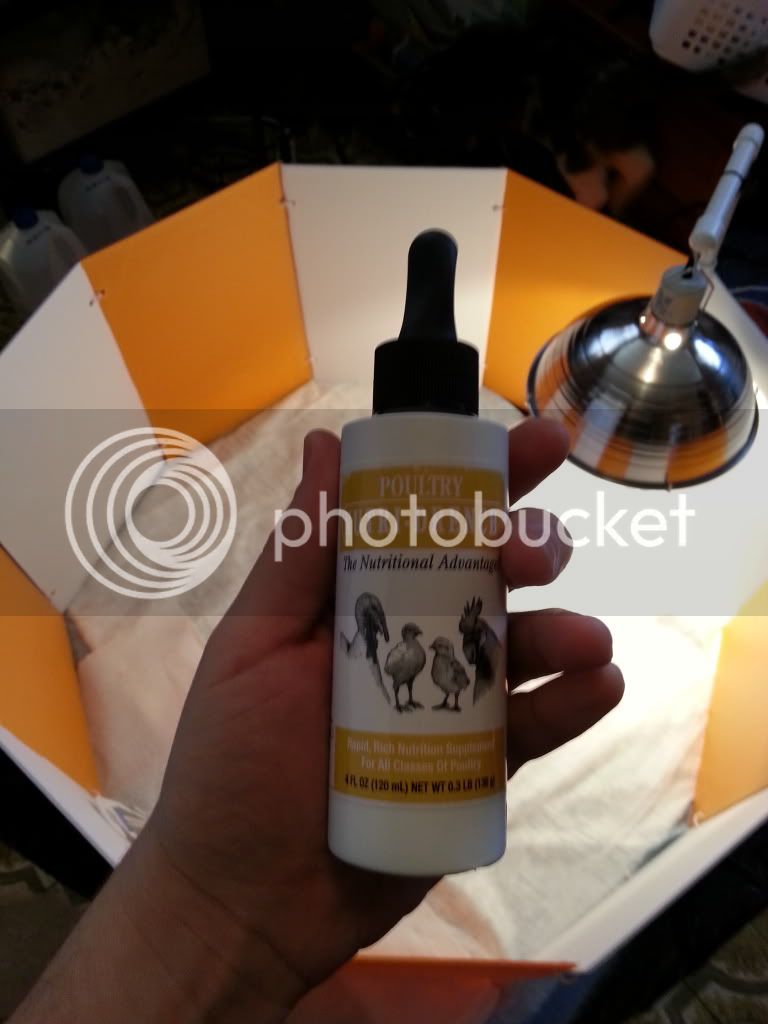 I'm so excited!! There will be lots of pics when they arrive
R

Oooh what a fun thread! Subscribing for sure and can't wait til the chickens come.

Do tell, what type(s) are you getting, which did you 'miss out on.'  Will any be laying blue eggs?  I have online friends with some rather exotic egg layers, lol.  Really fascinating!
OP
OP

For sure, we'd like to get some Rhode Island Reds, which Southern States had in last year. I would think they'll get the same in again. Also I am adamant about getting Buff Orpingtons.

We missed out on some black chicks that had white on their heads and a little on their bellies. They were just labeled as pullets, no breed named. I showed a pic of them on the forum I'm on and they said they could have been Astraulorps, Cuckoo Marans or Barred Rocks chicks. All 3 of which would have been perfect for what we want...

If I can find some at Tractor Supply, I'd like to get some Easter Eggers, which would lay green-blue eggs.

We want mostly egg layers, that will end up being used for meat at the end of their laying years. Eventually, we'll be getting a rooster, but none from this batch as we don't want the chance of inbreeding.  TSC is really bad about labeling their chicks correctly, so I have to ask them what hatchery they get them in from too, if they'll give that info out. I'd like to find out if they're vaccinated for anything, so we don't double vaccinate when we get ours. But I'll be happy as long as I can get the first two types, and then whatever else we can find we'll be happy with!

Well, Tractor Supply had in some Silver Laced Wyandottes today...but they were straight run. I have no idea what I got gender wise.

We are now the proud new owners of 6 little chickies!

More (and better) pics to come when they are settled in a bit more. 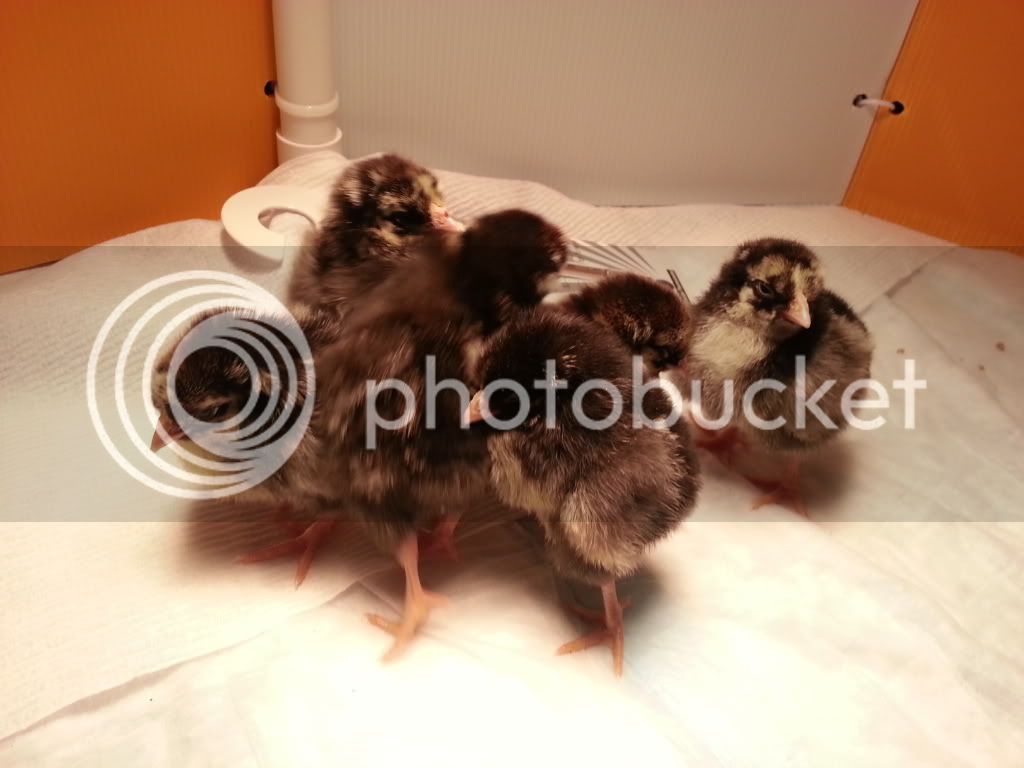 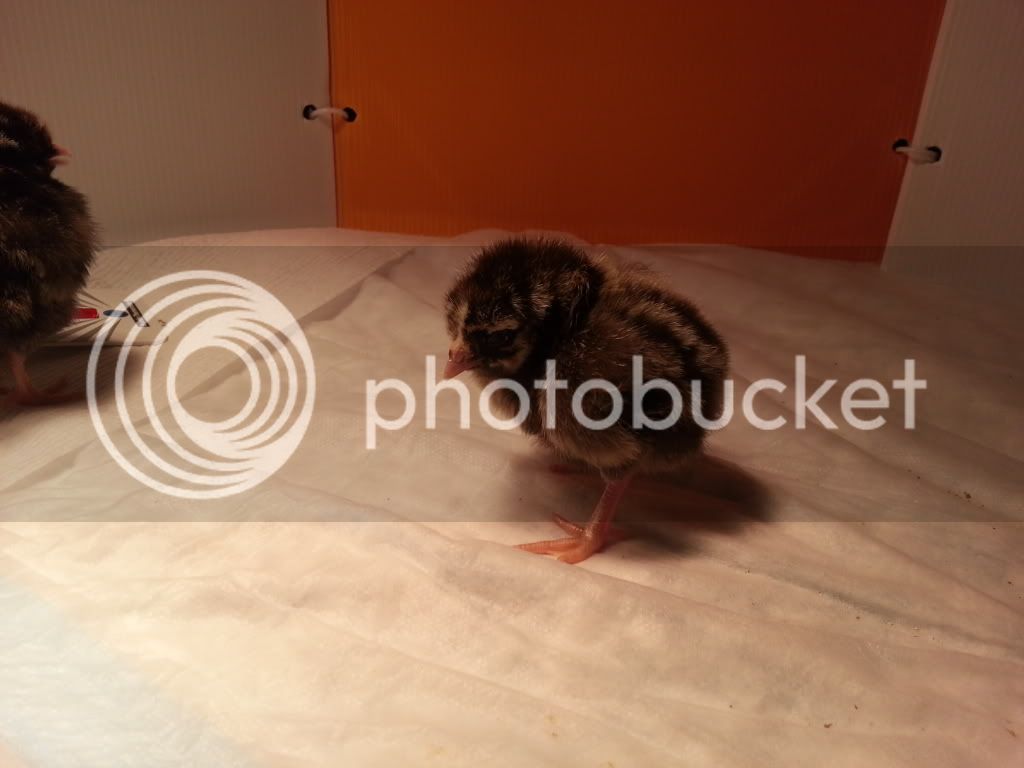 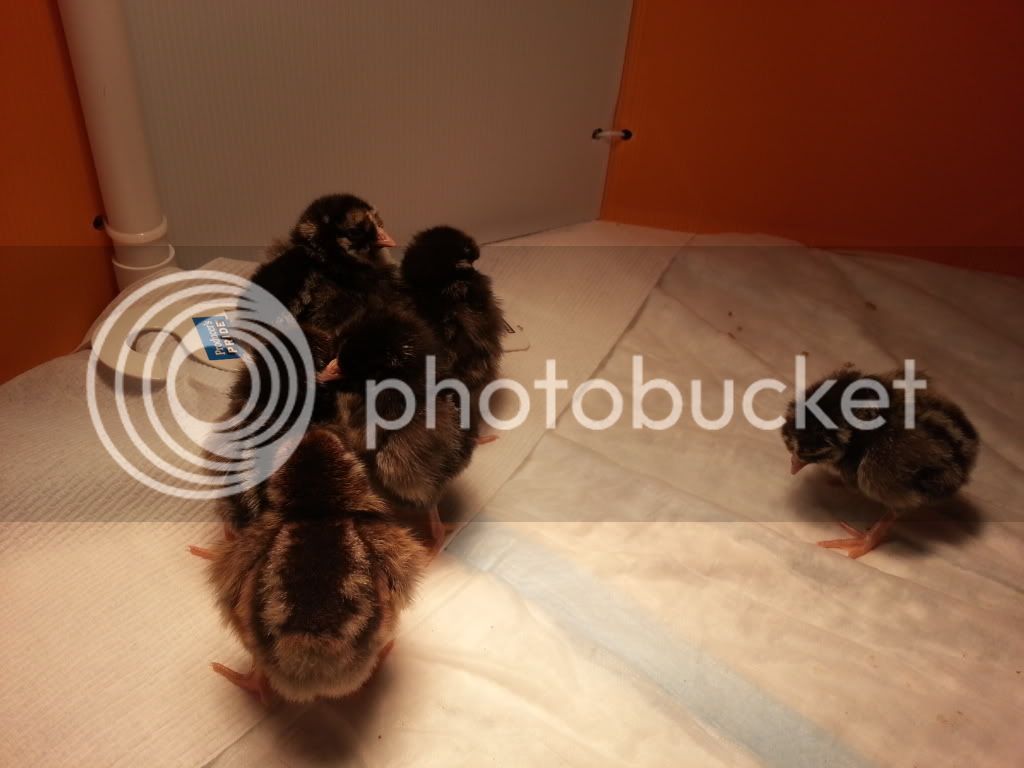 Oh my gosh they're so stinkin' cute!!!

I'm used to seeing yellow, white or those pale brown chicks but these guys look like quial chicks!

Thanks for all the info and now the pictures, lovely to read this!
OP
OP

Thanks! Just hope I didn't pick out 6 little roosters.

They're all doing well so far! I was so worried we were going to wake up to a dead chick this morning. I have a feeling one of them will be dubbed little pecker, as it's the pecking-ist little thing. As soon as you put it down, it pecks you like "take that!"

@TongueFlicker, there's so many types of chickens, it's not even funny lol. Most common are the ones you are referring to, but there are so many other common varieties.

Ninjouzata said:
Oh my gosh they're so stinkin' cute!!!

Great pictures Giz, lovely little set up, cant wait to see how things get on!