Care: The anchor or hammer coral is a large-polyped stony coral (LPS) that is unusual in appearance. The coral extends large polyps which have beautifully colored tips that are usually fluorescent green under actinic lighting. The ends are shaped like anchors or hammers, hence it's name. The polyps extend from a cuplike skeleton which is delicate (handle it from underneath and carefully). This coral's tentacles can extend pretty far and can sting neighboring corals. Place it safely in your tank. At night, it will extend sweeper tentacles which reportedly can extend up to 6 inches. My clownfish will host in it at night.

Anchor corals may be difficult to acclimate initially but, once established, they are relatively hardy corals. They can grow and expand, so, place it in an area where it will have room to expand.

Feeding: Anchor corals contain the symbiotic algae zooxanthellae and are largely photosythetic. As in nature, they catch microplankton and should be fed 1-2 times a week. I use various combinations of baby brine shrimp, Cyclopeeze, enriched brine and mysid shrimp.

Propagation: This coral can be 'fragged' with a hammer and chisel or screwdriver, but, damaging the coral is possible.

Comment: There is another species of this coral, Euphyllia paranchora that has a more branched habit. The coral looks similar but appears to split off in bunches. Care is similar.

Coral is on the right: 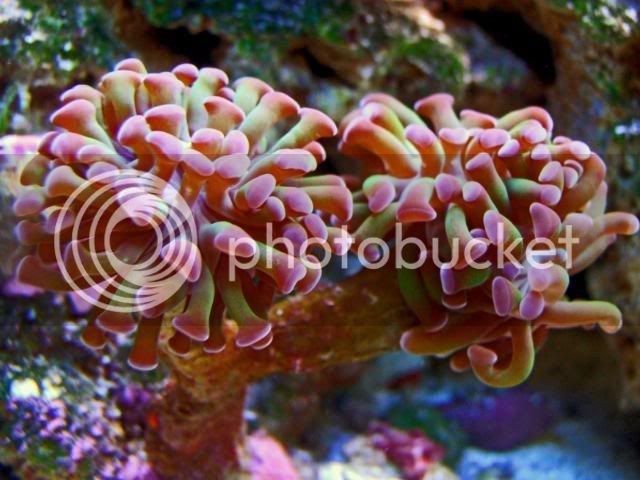 I believe the head on the right is about to split 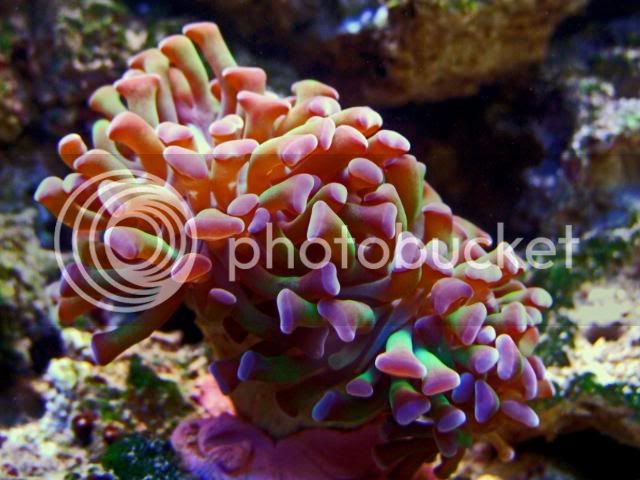 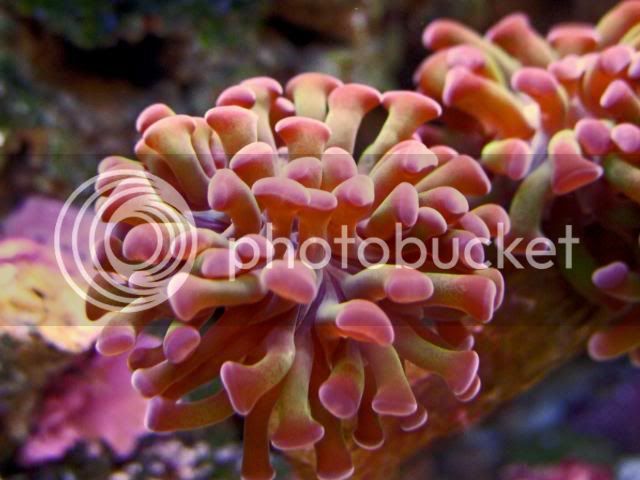 Head just split so there is two mouths 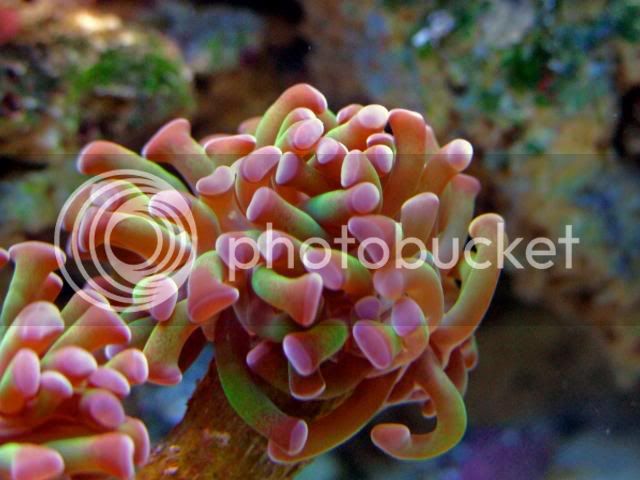