Same as the monthly comps, you may only choose one, but this time you're voting for Fish of the Year!

Voting will end March 31st, so do take your time.

Good luck to all 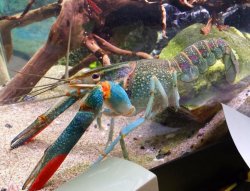 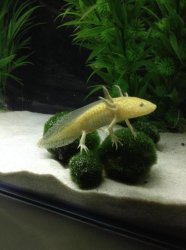 It's funny how some of these aren't even fish...
OP

Well, technically speaking there are four, not three, not strictly classed as fish.

But these are kept in a fish tank, require specific care and specific water parameters and maintenance so therefore are certainly part of the fishkeeping hobby and are perfectly acceptable.
A

Haha yeah I'm not trying to question their validity as winners, they're really cool and unique. Just found it kinda funny.

Also, when I said three I was talking about the snail and... 2 large crustaceans? I didn't include the axolotl at the time since until I did more surfing on the forums I had no idea what it was XD

so torn between the Discus and the Severum ... in the end the Severum won it for me. Such beautiful fish and I regret not getting one when I had the chance
B

Its almost impossible to pick one, they all should win!

I'm a sucker for gourami...aaaaaah, the colors!

The snail photo is excellent. No Bettas?

NickAu said:
The snail photo is excellent. No Bettas?
Click to expand...

I had expected to see a Betta as well!
OP

No betta in this Fish of the Year competition unfortunately.

There will be at least one betta in next year's competition, Wildbetta won last month's (February) Fish of the Month so her betta will be automatically entered for the Fish of the Year Competition

Have to say Wildbetta's, smaragdina (a type of wild betta) is truly stunning!

I have3 axolotls, i love them! That one has my vote!
OP

N
Pregnant or sick? Or both?