Hi,
This morning I noticed something was wrong with my Betta fish. I've had him for about 4 months but I recently moved him out of my 110 litre tank to a 22 litre tank (about a month ago) as he was too aggressive to my other fish. Since then he has settled in well and the water levels have been fine.
First I noticed a lump on his side with the scales not right . He's not been swimming much all day- he's just been laying on the sand at the bottom of the tank. When I fed him a few bloodworms he ate 2 small ones and didn't eat the 3rd one. After a while he spat one out so he's not eating like normal. Later in the day he was breathing rapidly whilst down on the floor and not moving.
I've done a 15% water change but he still doesn't look great. Does anyone have any ideas of what this could be or what I can do to save him if possible? I have attached some photos that I took earlier of his wound. 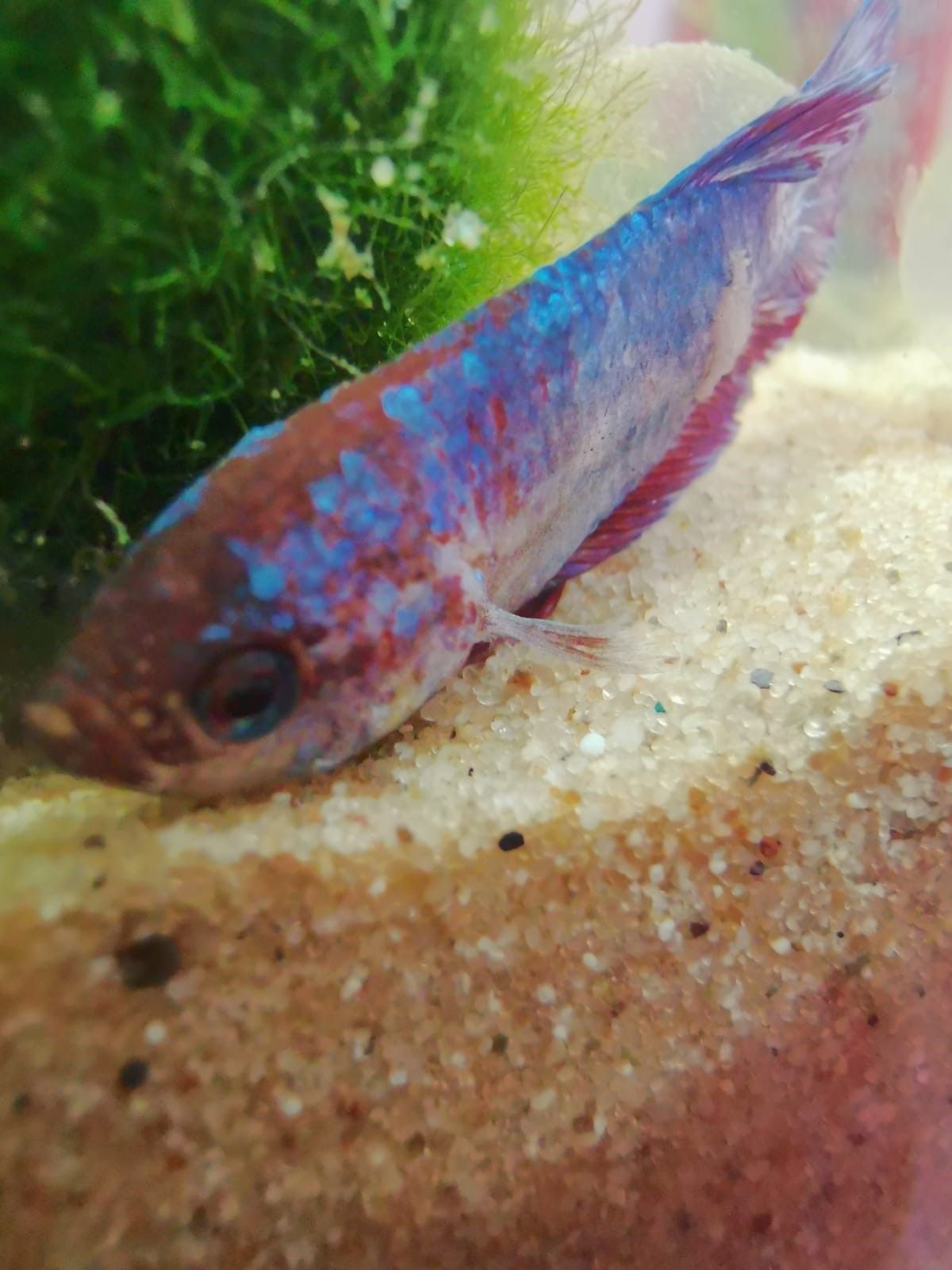 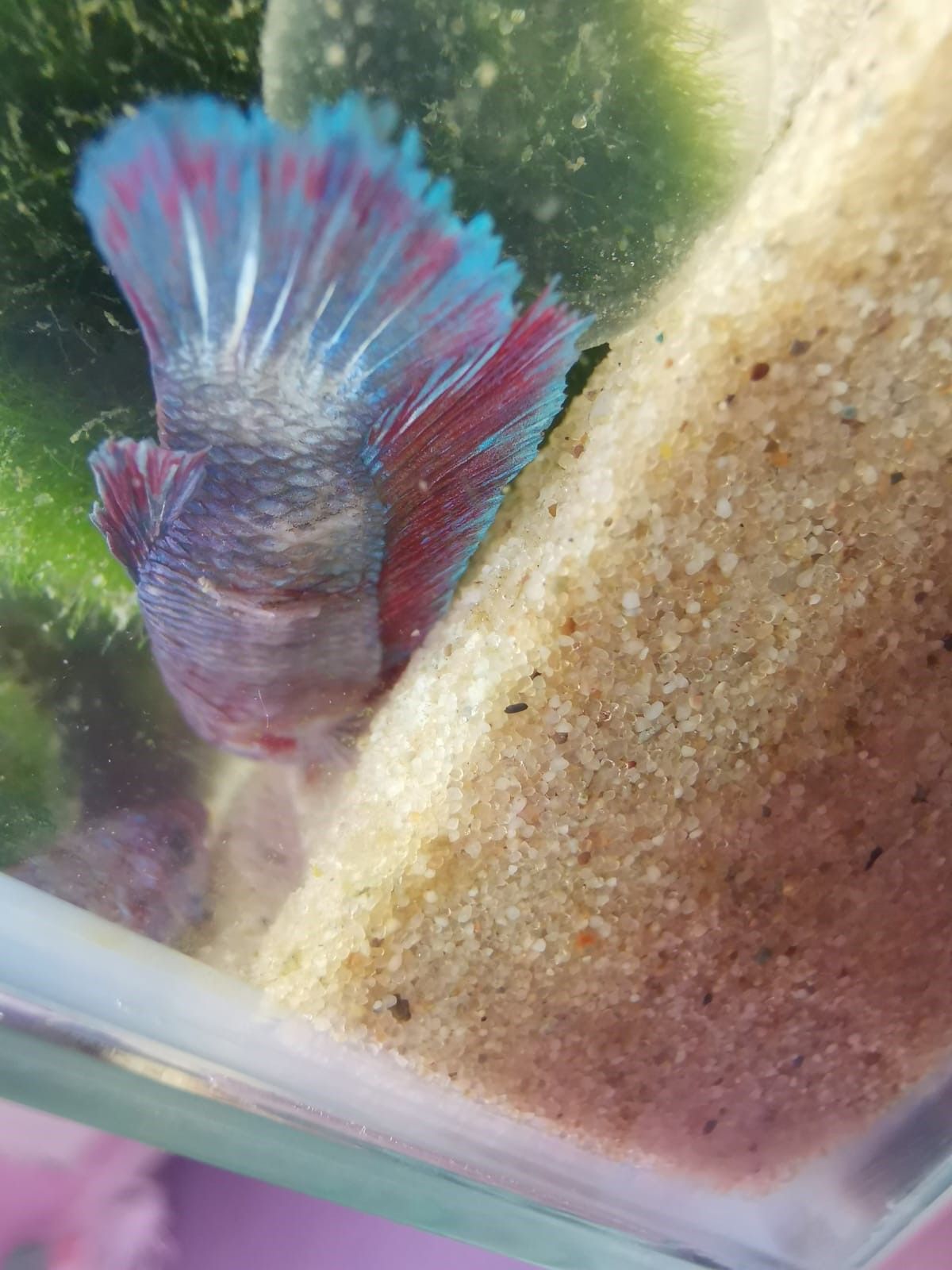 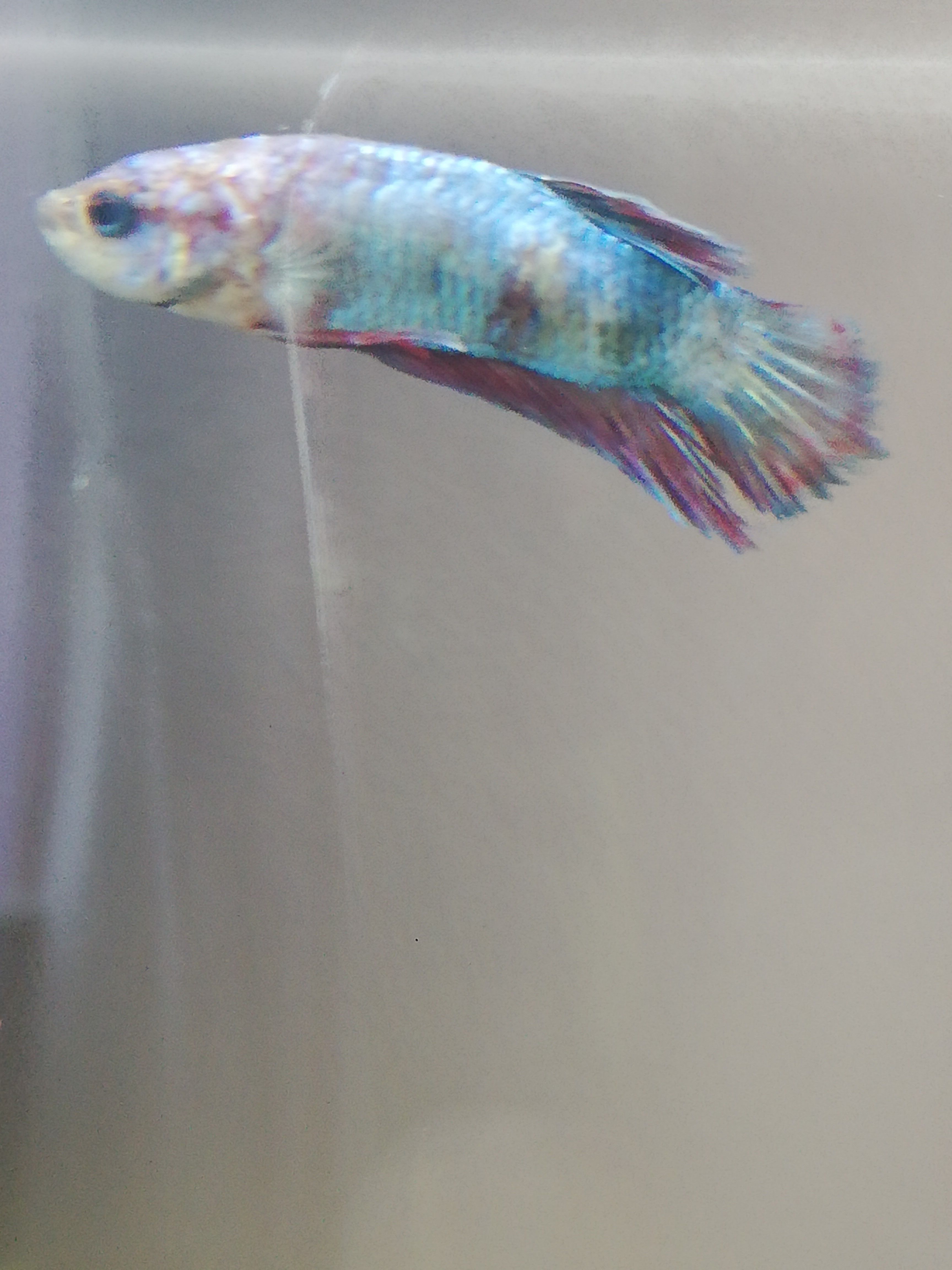 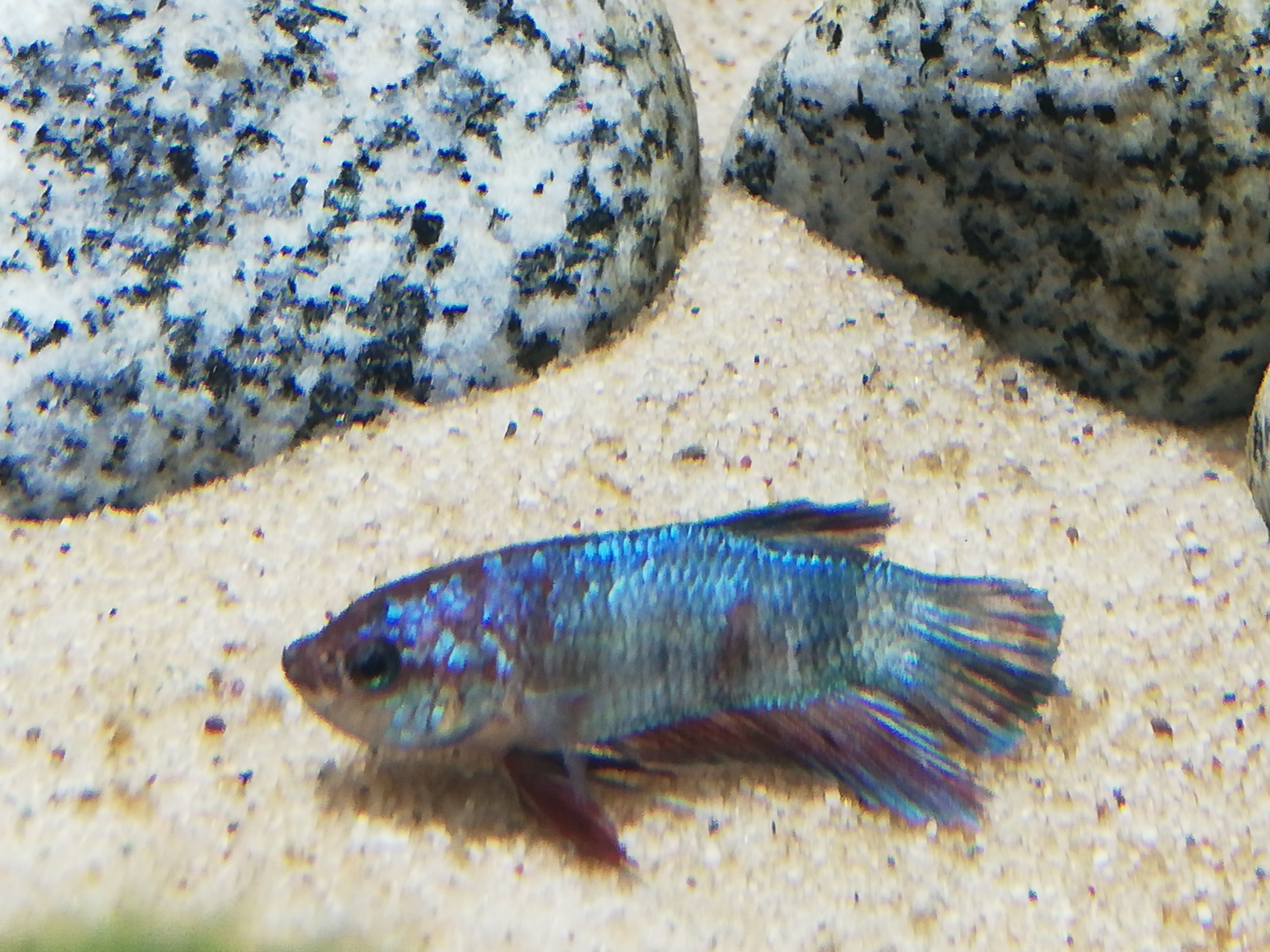 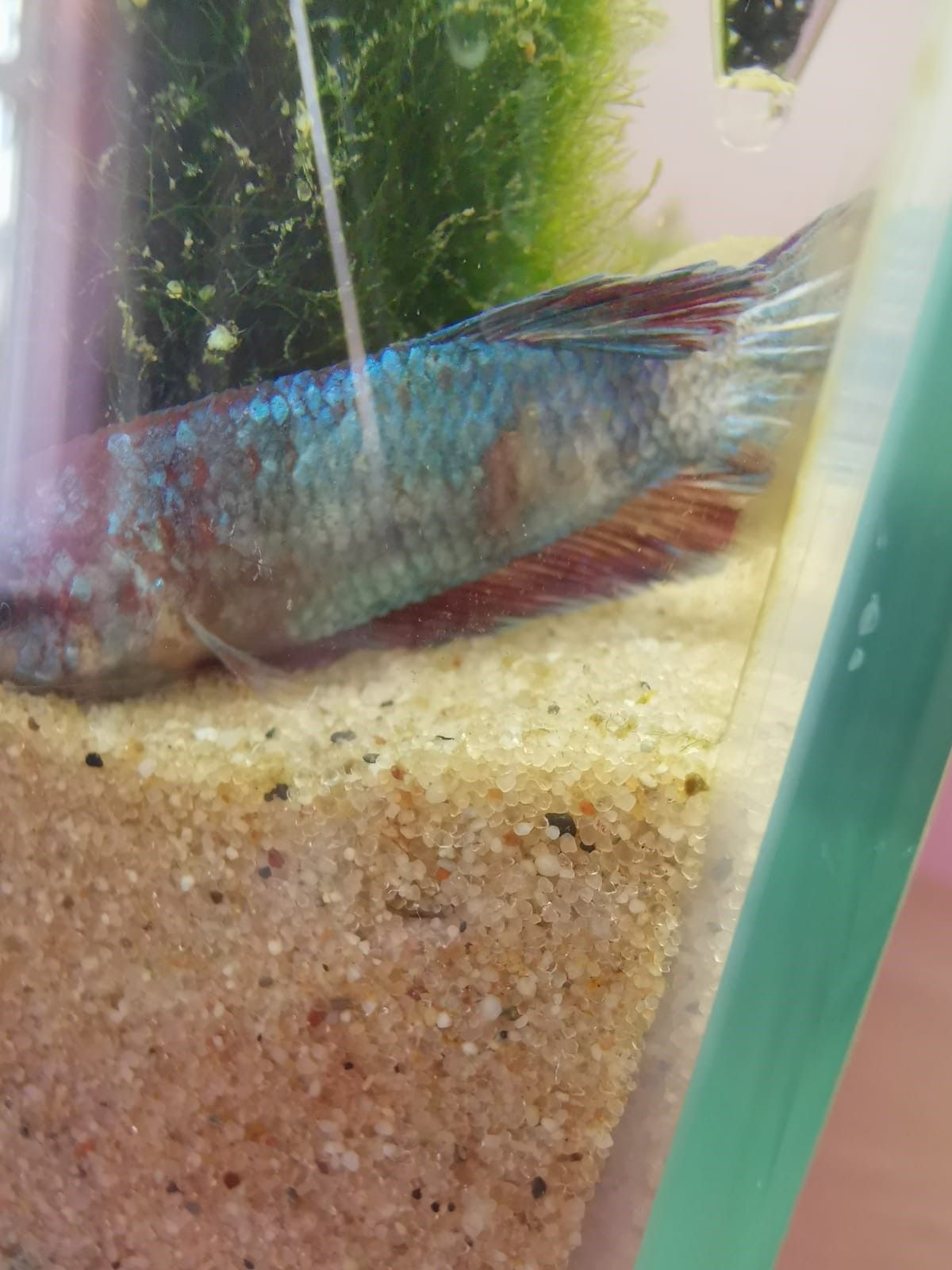 Do a 75% water change every day for 2 weeks. The spot on his side looks like it could be an injury, but whatever it is the water changes will help it heal.
What is your regular water change schedule?
What are your ammonia,nitrite and nitrate levels?

I agree with the daily large water changes. I would also add a teaspoon of dissolved aquarium salt for every 5 gallons of water. The salt is a mild antiseptic that will help in healing and will also improve gill function and reduce stress. Please keep us posted!
OP
OP
A

The ammonia level is between 0 and 0.5mg/l , nitrite is 0mg/l and nitrate is about 0mg/l but I'm not sure how reliable the strips that I'm using are as they have been wrong before, usually I test the water at my local fish shop but I can't do that because of lockdown. Also I don't think I'll be able to get any aquarium salt but I'll do the water changes and hope that helps him.
Usually I do water changes and cleaning every two weeks but I've only done 2 as the tank is quite new.
Thank you for your help

Pets at Home are open (with resitrictions as to how many people are allowed in at once) and they sell aquarium salt.
OP
OP
A

Unfortunately the Betta (Sanchez) died this morning. Thank you all for your help anyway

Sorry for your loss. RIP Sanchez.

I’m so sorry.
You must log in or register to reply here.

My betta ripped my shrimp in half
2 3