Hey guys! So in July my sister bought 6 angel fish for my 55 gallon tank. And, even though I was nervous because I didn’t want them due to their aggression issues, so far everything’s been fine but I know that can change fast. But that’s neither here nor there…

What’s wrong today is that one of them just developed white fuzzies on their long ventral fins.

Nothing in the tank has changed. I did a water test yesterday, the water was a smidge hard and the nitrates were up a bit (not at a dangerous level though). So I did a 50% water change and out softening pillows in since RO water isn’t a reliable choice.

The spots just appeared today. They weren’t there last night when I was having my fingers bitten by them as I was changing the water. No behavior changes and still very greedy for food.

THE OTHER WHITE FLECKS ARE ALGEA FLECKS AND BUBBLES FROM THE FILTER.

the stuff I’m concerned about is circled 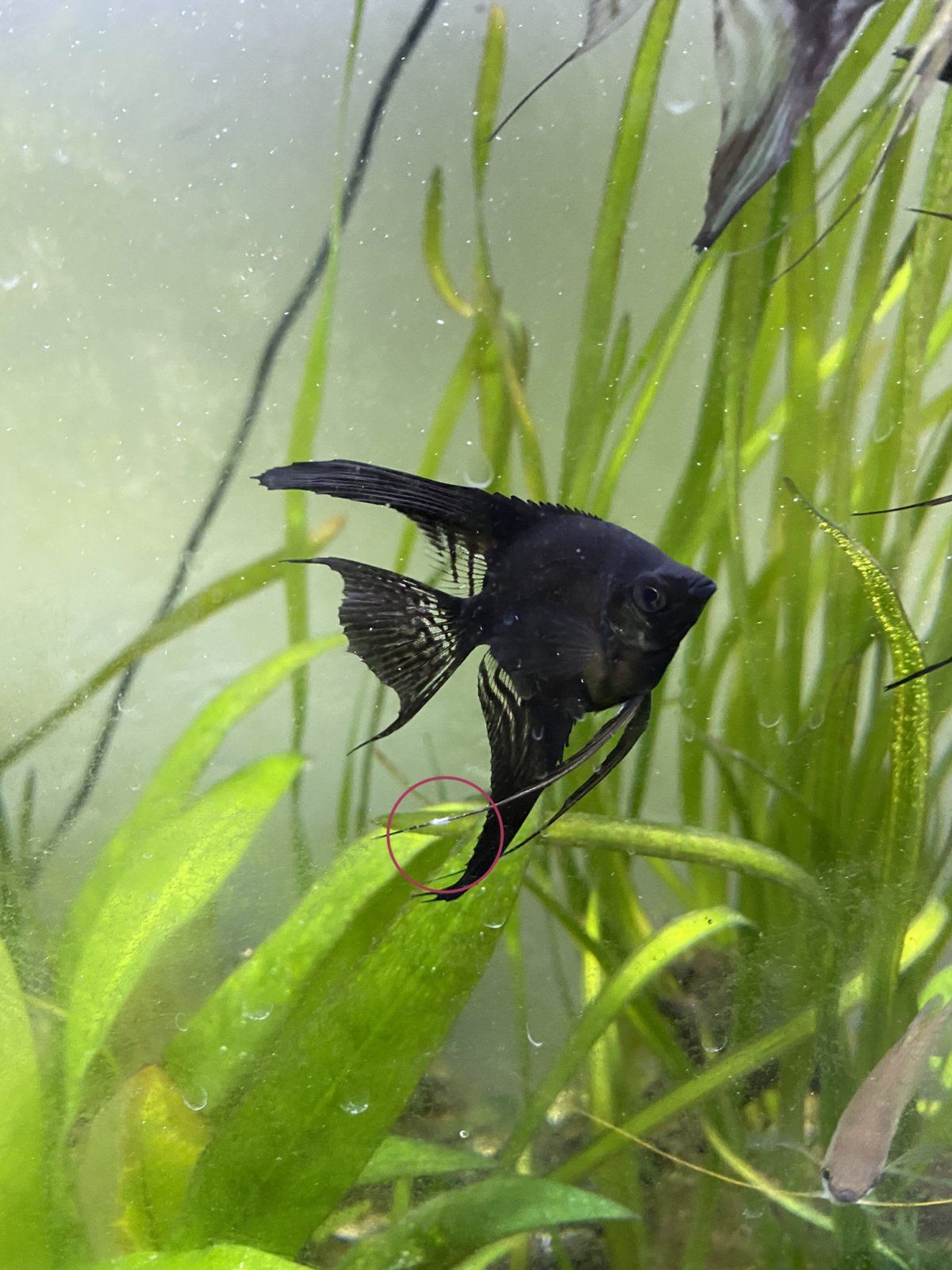 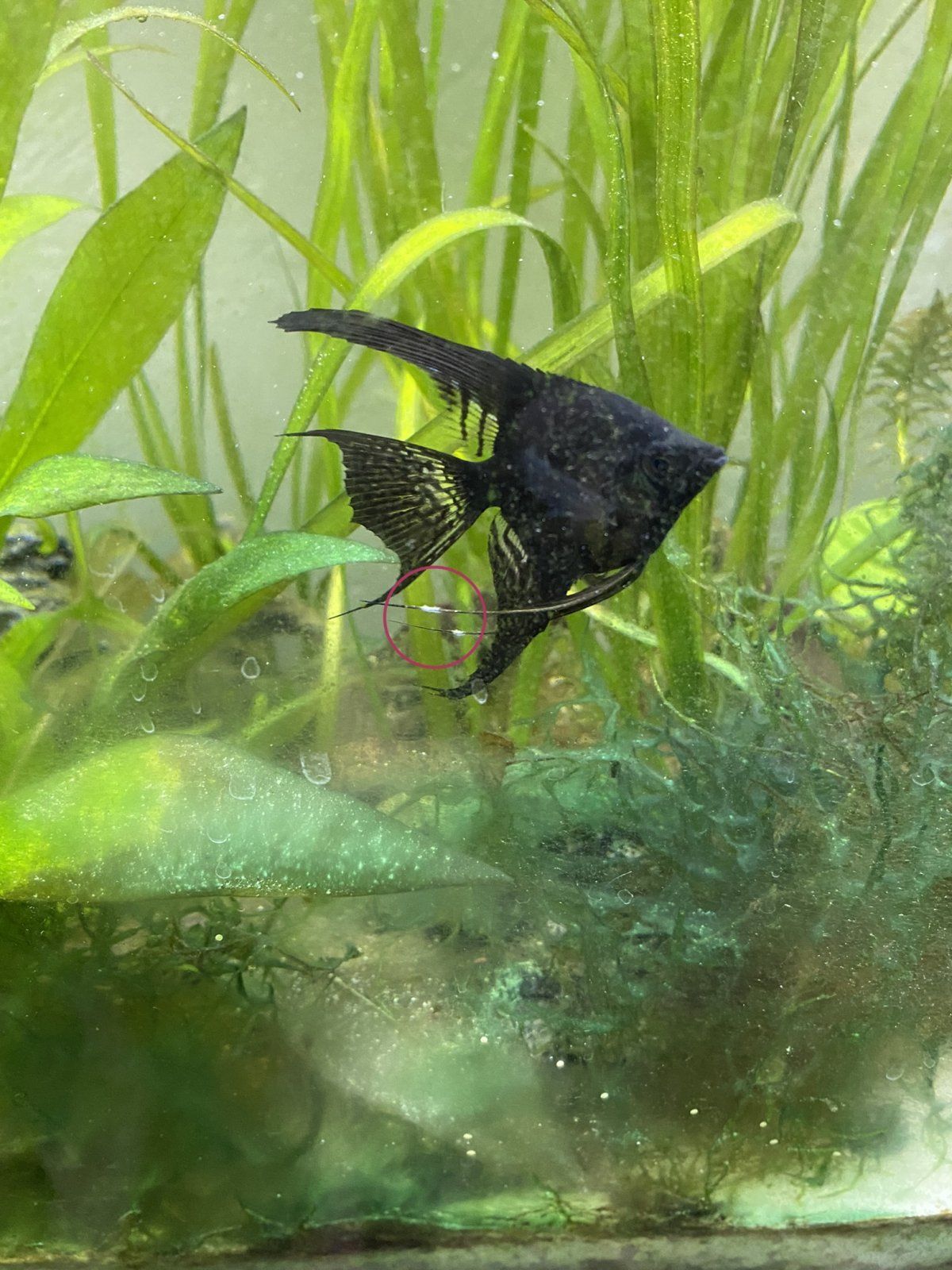 Looks like some sort of bacterial infection.
I would do a large water change and monitor the fish. If it gets worst than we can look at other options.
OP
OP

If my natural water wasn’t so hard I would do another water change but the pillows are slow acting so I can’t. It would change the water parameters too much too fast if I did

As said you should do a water change, but after that put some medical salt into the aquarium, don't use table salt or reef salt only use fish medical salt. Add 1 flat tablespoon per 15 gallons of water, that should fix it.

How to use salt -

20 litres = 5 gallons.
You must log in or register to reply here.