Hi, I have a platinum white half moon betta. I’ve had him for over two years so he is pretty old. He lives in a 10 gallon aquarium but I just recently moved him to a 5.5 quarentine tank due to his fin rot. I read somewhere that elderly bettas can get chronic fin rot and never get better. I treated him with aquarium salts, tannins, api fin and body cure, and constant water changes when not being medicated. All that happened was that his fin rot got worse. (His water parameters were also perfect) My biggest fear is him is losing all of his tail and the infection eventually leading to his body, resulting in a painful death. What do I do, he is already stressed enough but I don’t want him to die! 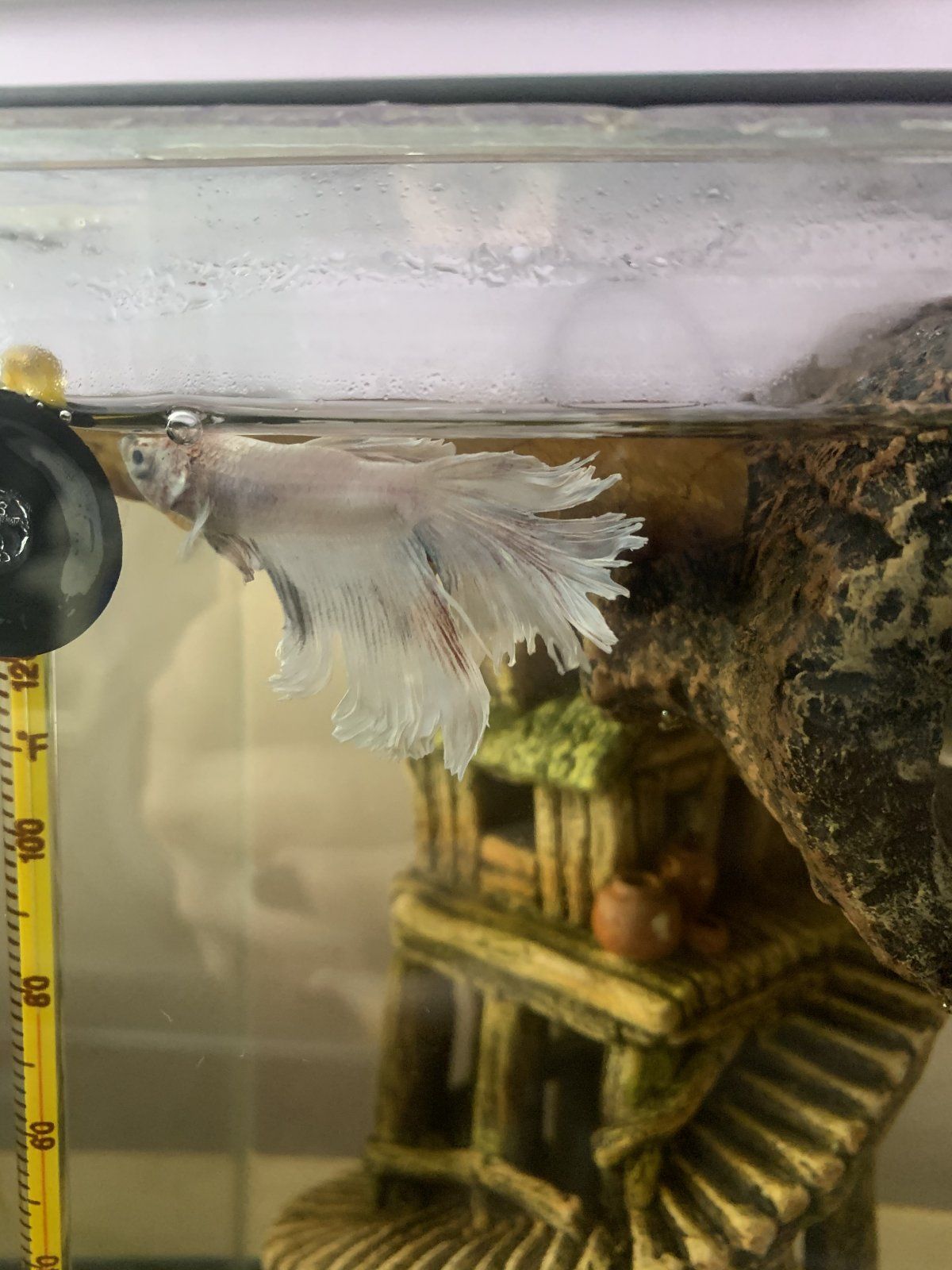 attached is an image of him now
You must log in or register to reply here.