​
We have 4 awesome pets entered into the May 2019 Pet of the Month Contest. View all the pets and descriptions below and then go to top of page and click on your choice for POTM

Please DO NOT post any comments about any specific pet in this thread...such posts will promptly be deleted

Thread will periodically be cleaned up for readability.

We at fishforums.net thank you for your participation.
Last edited: May 25, 2019

Here is my cutie!! 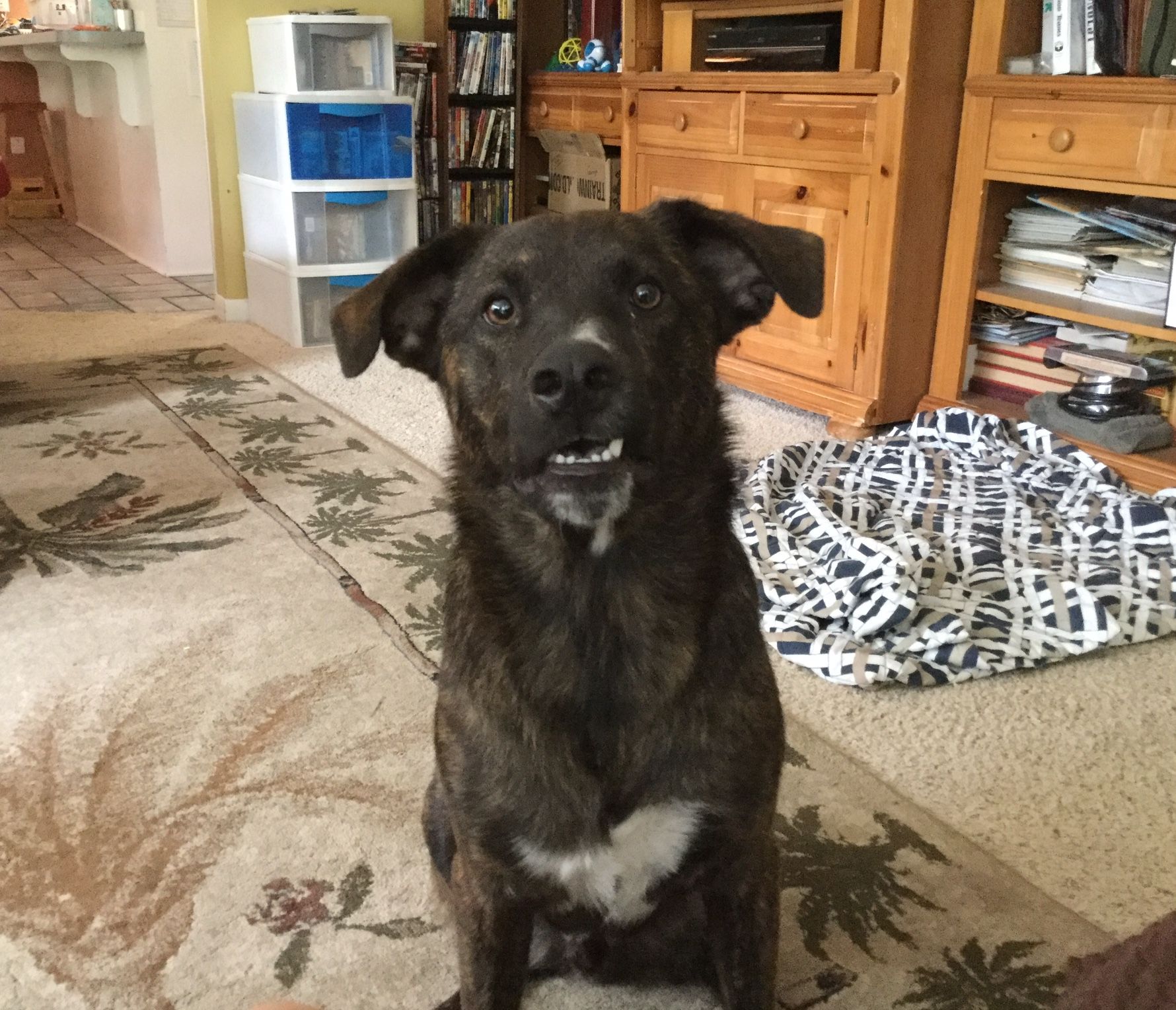 Tricks: Sit, Stay, roll over, shake, down, heel, catch, hold and catch (balance a treat on his nose then say “hold” and he will hold it until you say “catch” then he will flip it up and catch it!), weave, jump, over, and fetch.

Where I got him: I rescued him from a dump site, someone just dropped him off.

Personality: he is very playful, he loves swimming and running!!

How old is he?: approximately 1.5 years old.

Breed: pure breed mutt!! (I love calling him this, because I have no clue what kind he is. He is a mutt.)

This is my dog, and I hope you choose him as the pet of the month!! Thank you all for taking the time to read this. 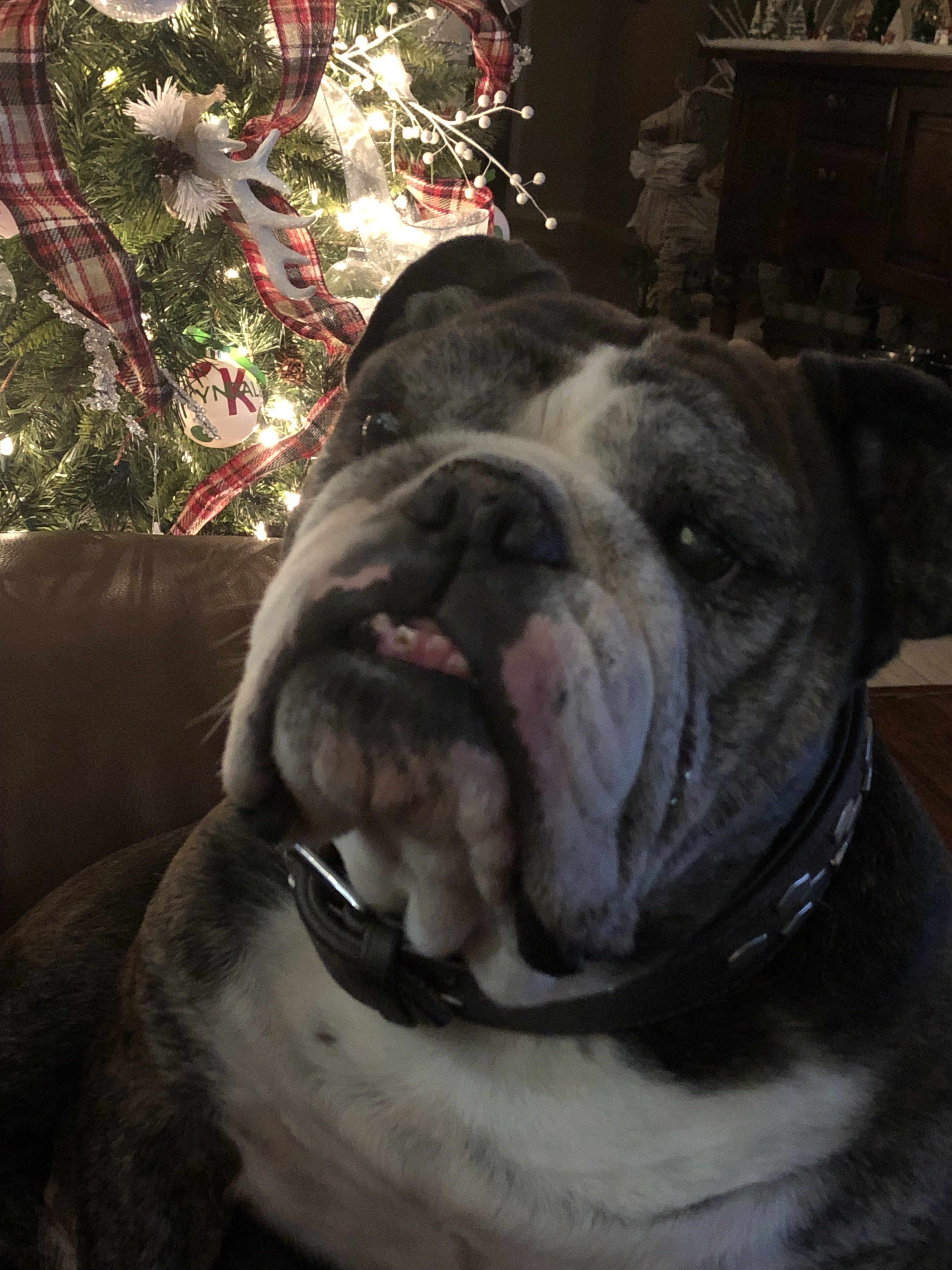 This is “Tugboat”. He’s an English Bulldog. Age: 6 years. Tricks: Snores like a freight train and catches dog biscuits in mid air. Also sits on command. Tugboat was being kept in a hot Texas backyard where he would surely die of heat stroke. He had hot spots in his coat and was just mistreated. We offered the owners $1,000 to rescue him and they accepted. As suspected, Tugboat had heart worms. We had him treated and put him on a special diet. Vet was unsure he would make it. That was 4 years ago and he proved to be one tough dog. He is now a healthy, crazy member of our family and we love him so much!
F

I am probably entering late but I figured I’d throw my favorite boy in. 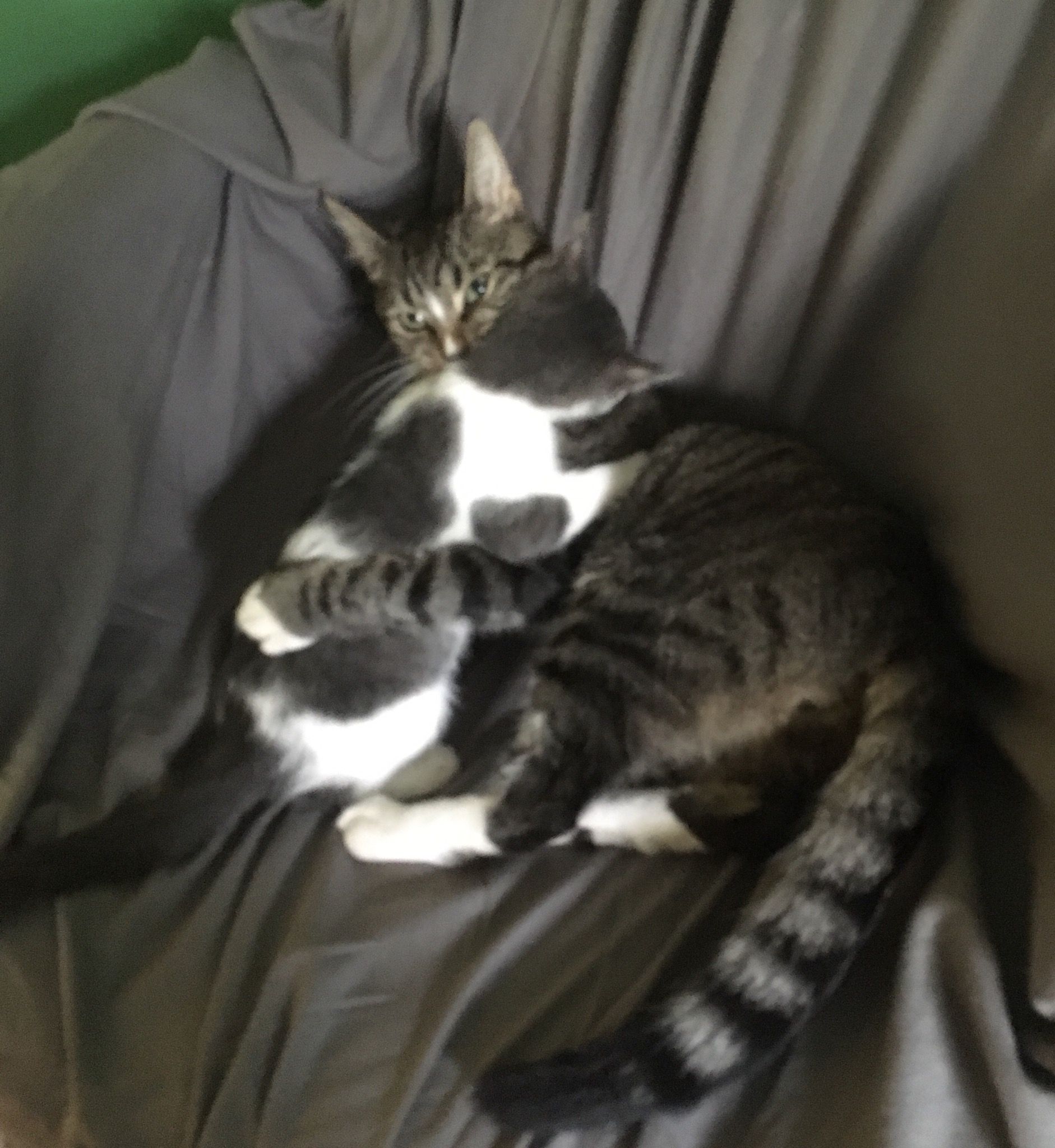 Tricks: Fetch! Sticks & balls. His fav is a soft pink pom-pom (he’s confident in his masculinity)

Unique: Former feral that became a rescue. He inspired me to adopt 3 other cats, care for the rest of the feral colony, and to create a blog which funded the ferals for some time but now only creates donations for a local SPCA.

History: Kitten from a feral pair that promptly disappeared (reappeared with other littermates over half a year later - after winter). Basically his parents left him on my porch. Although Tigre was rescued, he had no health issues or reasons to be abandoned. He is my son now.

Personality: My sweetest, gentlest boy. He took a lot of time to adjust fully, has a few feral quirks, & prefers to roam on his own sometimes still. Although the largest, he is always so tolerant & genial (was great with kittens, pictures above). Tigre lays on my chest at night until I start drifting off then retreats under the bed like the tiny protector he knows he is. He’s such a loyal and loving boy who is wise beyond his years. 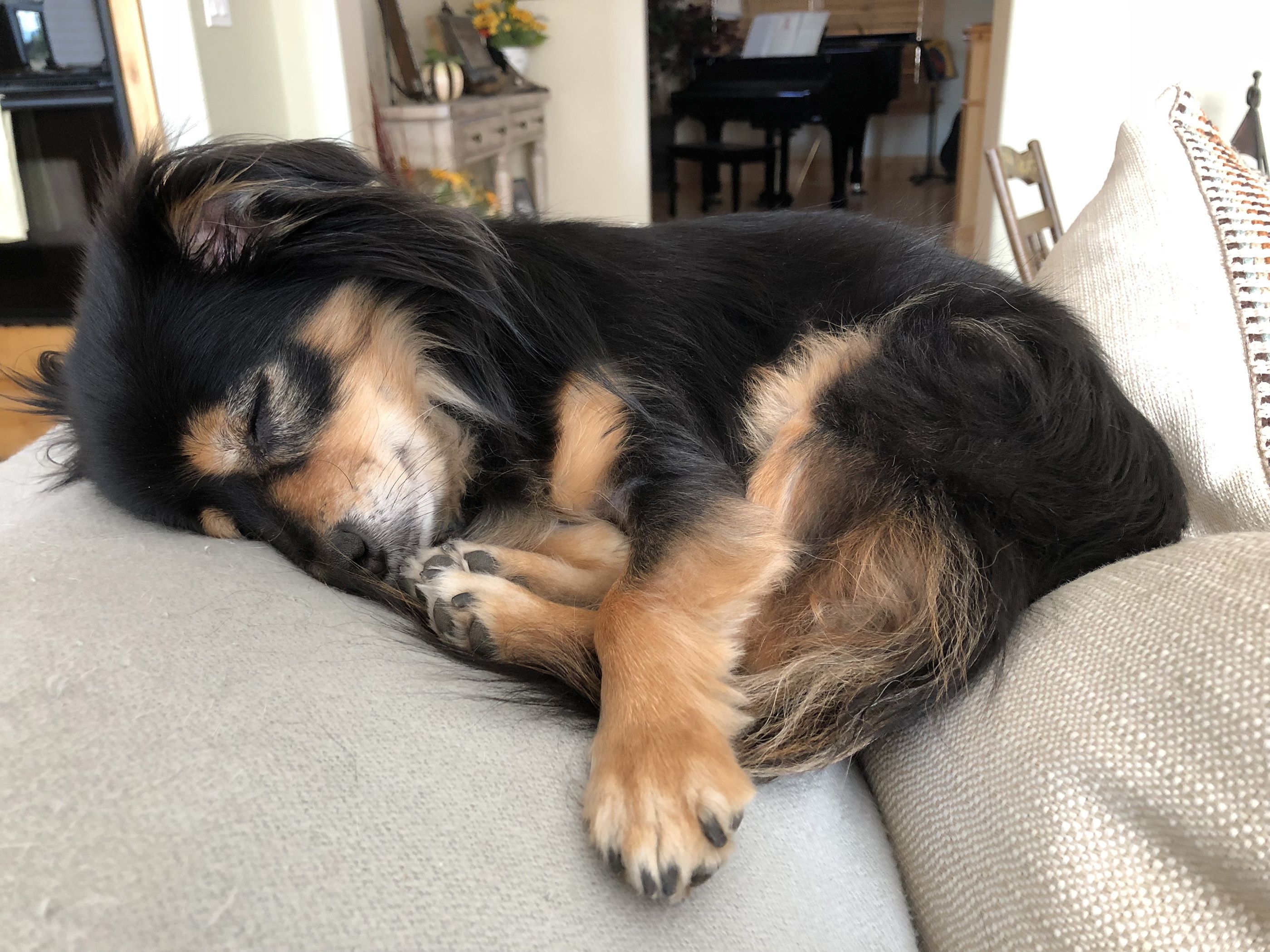 This is my puppy, Zoe. I got her from a rescue organization two and a half years ago and I couldn't love her more. She's my near constant companion. She goes to work with me every day and comes to most family events. She loves finding hide-y holes to to sleep in and soaking up the sun.

breed: mutt (my guess is chihuahua pomeranian mix)
Last edited by a moderator: May 19, 2019
OP

End of entries. Review the 4 entries above as you slowly scroll up to the top. Then select your choice for PET OF THE MONTH in the poll. Fishforums.net thanks you for your participation.
OP

Potm will run every 2nd month. It will alternate with the newly revived fish of the month contest.

If you do not win this potm contest, you are welcome to reenter the same pet in a future potm contest.

The tank of the month starts around the first of each and every month. Next one starts in a little over a week around june 1st.
Last edited: May 23, 2019
OP

Really?!? There is a fish of the month contest? When is that?
Click to expand...

Yes there will be a fish of the month contest every 2nd month. The first one will start around middle of june after totm voting for june is completed.

You will see a banner at top of forum whenever a new contest starts.
Last edited: May 25, 2019

Thanks to everyone for taking the time to participate! Great photos

Thanks!! This has been fun seeing all of these people pets, and a little background information about said pets!

Next month, I'll put my little gal in there
OP

dascrow said:
Next month, I'll put my little gal in there
Click to expand...

Tank of the month starts around the 1st of every month.

In just a few days we will be starting the Tank of the Month contest. So get your tanks tidied up, take a good pic or video, and be ready to enter TOTM.
Last edited: May 28, 2019
OP

Voting has ended and we have a winner:
and the winner is Bettapuppy and her dog Zoe

please visit the following thread to congratulate her and her little doggie!!
https://www.fishforums.net/threads/winner-may-2019-pet-of-the-month-contest.452402/

Our Tank of the Month contest will be starting around June 1st...get your tank ready to enter it into the TOTM contest. Just take a pic or video of your tank and enter it in the contest!

B
How to change substrate?

R
Throwing this out there if you're struggling