​
PLEASE VOTE!
We have 12 awesome fish entered into December 2022 Fish of the Month Contest. View all the entries and descriptions below and then go to the top of page - click on your choice for FOTM and then click the "cast" button.

Please DO NOT post any comments about any specific entry in this thread...such posts will promptly be deleted.
You are not allowed to update your entry picture once voting has started.

Please note:
Any attempt to influence competition results, other than by casting your allocated vote, is not permitted and may result in your entry being removed and / or further action being taken. You are not allowed to have friends or family join TFF for the main purpose of voting for you. This is a public poll so source of votes can be viewed.

Good luck to our entrants in the Fish of the Month contest. We at fishforums.net thank you for your participation.
Last edited: Dec 12, 2022

This member has chosen to withdraw from the contest. Do not vote for this entry.
Last edited by a moderator: Dec 16, 2022 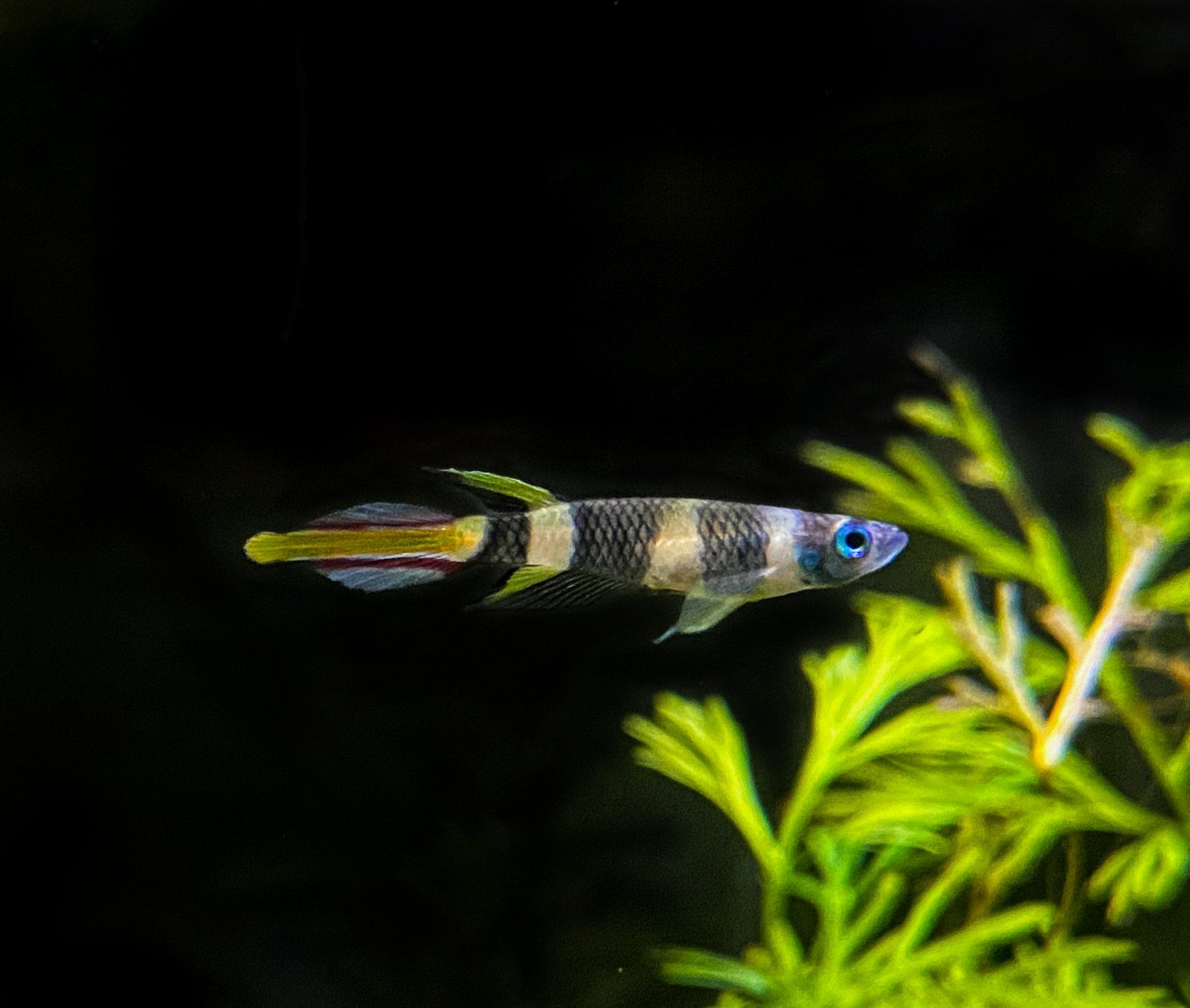 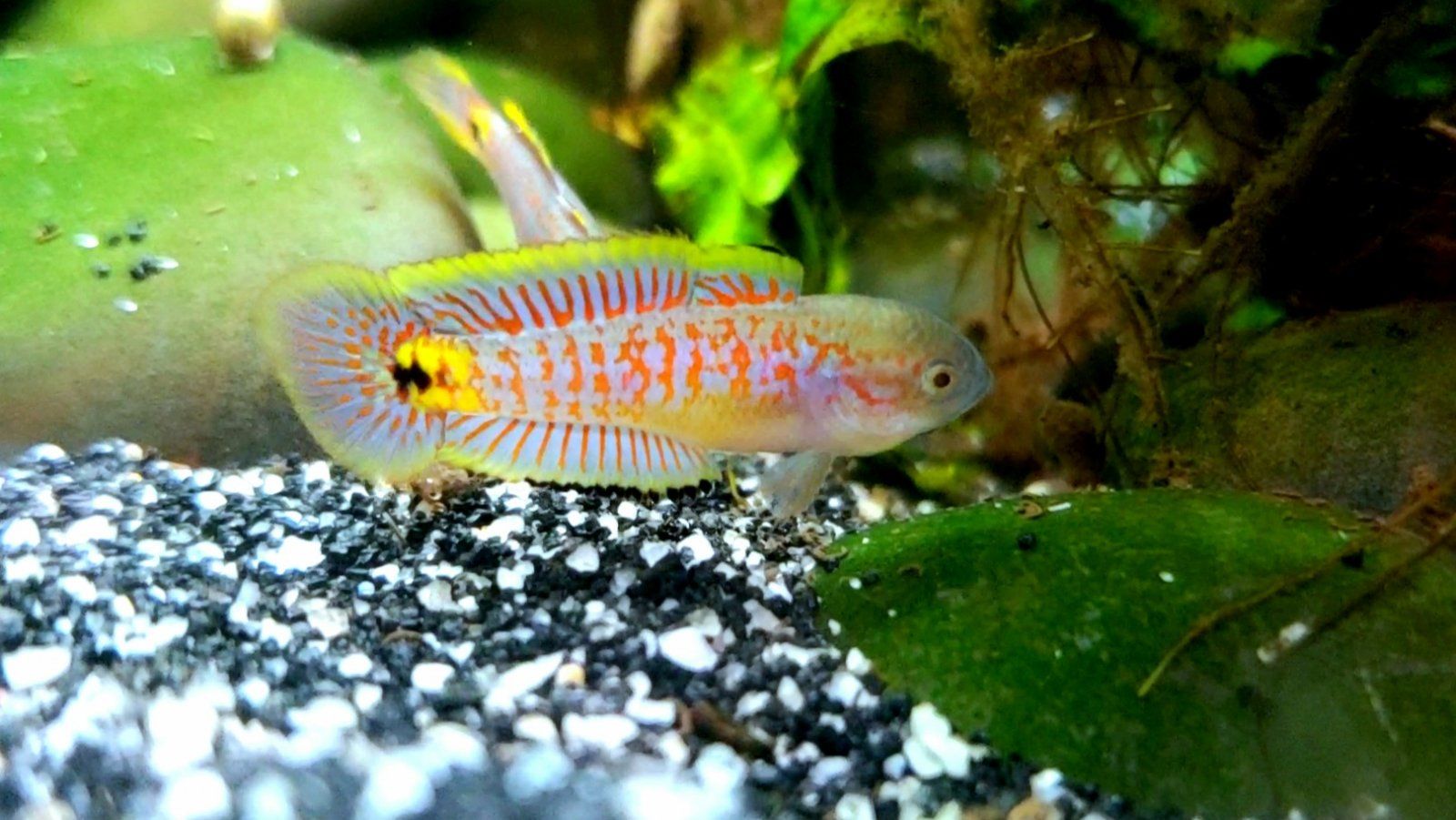 This is my male unnamed gudgeon.
He lives in a 20g high with his favorite girl Betsy and their little kid Captain Nemo (he/she needs a promotion I think lol).
He has produced multiple batches of fry and guards each batch vigorously. A very good father.
Recently he has been coming out of his "man cave" more and exploring around with his family.
I really love my male gudgeon and hope you do as well! Thank you for reading!!
Last edited by a moderator: Dec 10, 2022 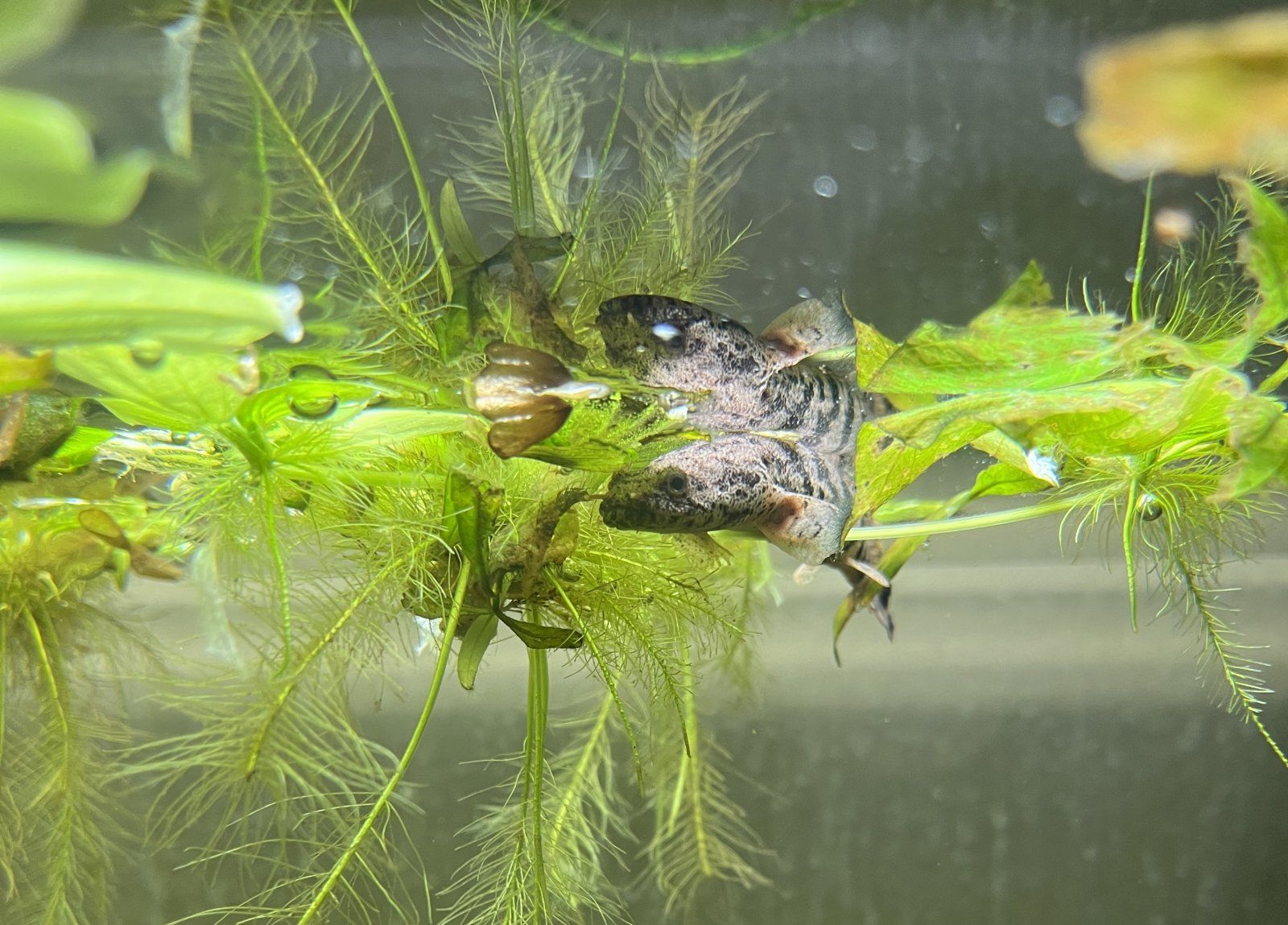 This is Diddi, he is a Bichir (P Palmas Buettikoferi) who temporarily lives in a 75 gallon planted aquarium. He is about five inches long at the moment, who likes to spend most of his time hiding in the plants, rocks, or driftwood.
He is pretty small at the moment and gets out competed during feeding time, so I have to use tongs to bring food to him (usually cut up shrimp).
This face reminds me so much of my English Bulldog who passed away four years ago😭
He will be rehomed into my 200 gallon aquarium with two of his Bichir buddies once he gets big enough.
Last edited by a moderator: Dec 10, 2022 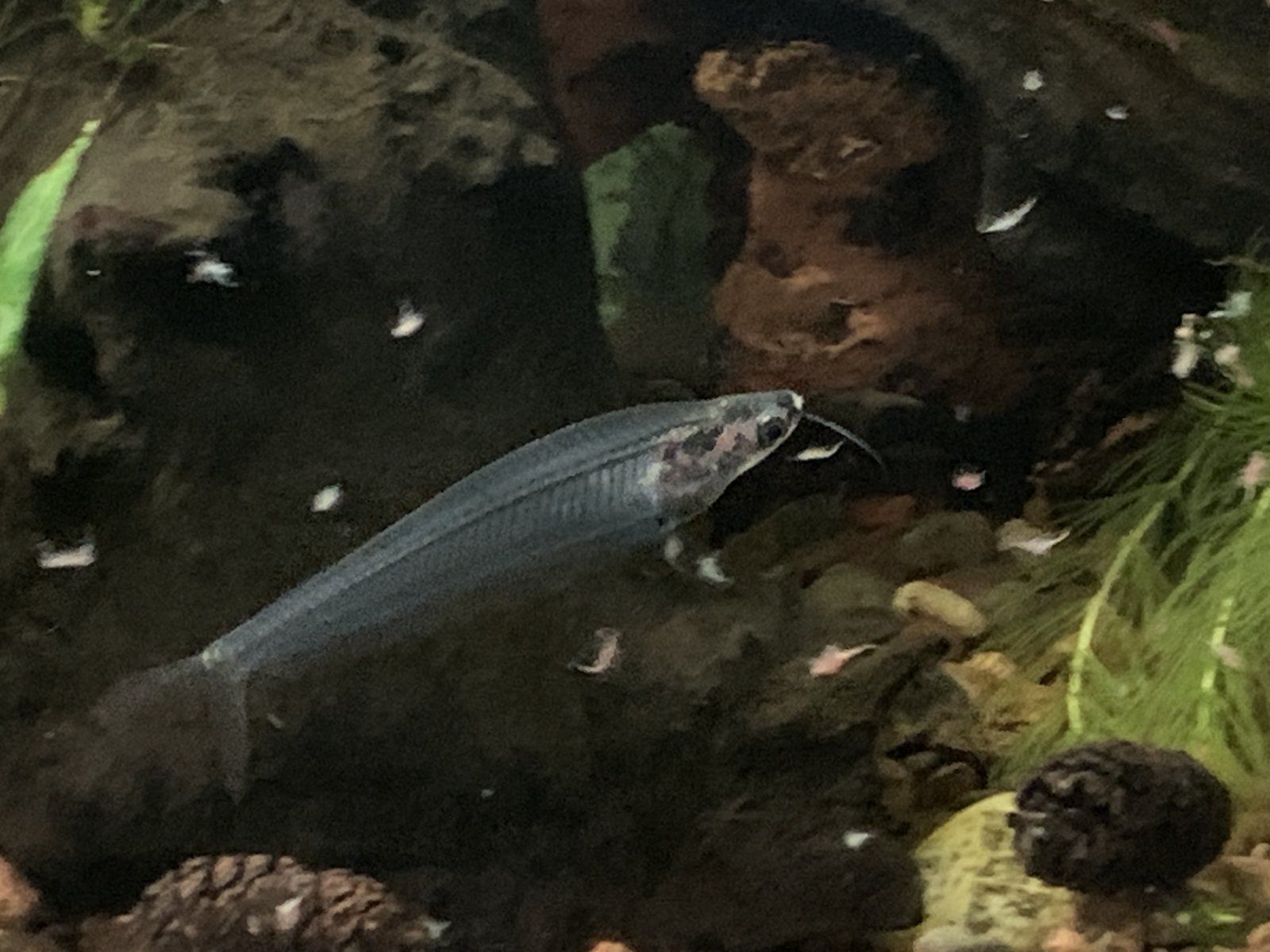 The fish I am nominating for Dec 2022 TFF FOTM is a wild caught Kryptopterus Vitreolus. These fish are very difficult to find in local fish stores near me and I had to order these fish and have them shipped. I waited for 6 months to find some locally as I acquired just one single specimen when I bought a used tank with fish included. The one that came with the tank had a completely silver face while the wild caught I recently acquired have a marbled face. That is how I know this one is one of the wild caught fishes.

The fish is super shy, moves quickly and is very difficult to get a picture of. It is transparent and you can see it’s spine and internal organs. When the light hits its body just right there is a beautiful colorful sheen to the skin. I coaxed this one out of its sheltered area by dropping a piece of sinking food which was promptly sought out by the cories and ember tetras. This fish didn’t stay out long enough to get any of the food though.Edited to include a photo from last weekend in which the fish came out to feed on brine shrimp. It is one of the new wild caught fish in my tank as evidenced by the marbled face. Thank you @conorlindeman for letting me know the older photo can be used for FOTM. Due to the specific marbled pattern it appears to be the same exact fish…the bravest one in the tank apparently.
Last edited by a moderator: Dec 10, 2022 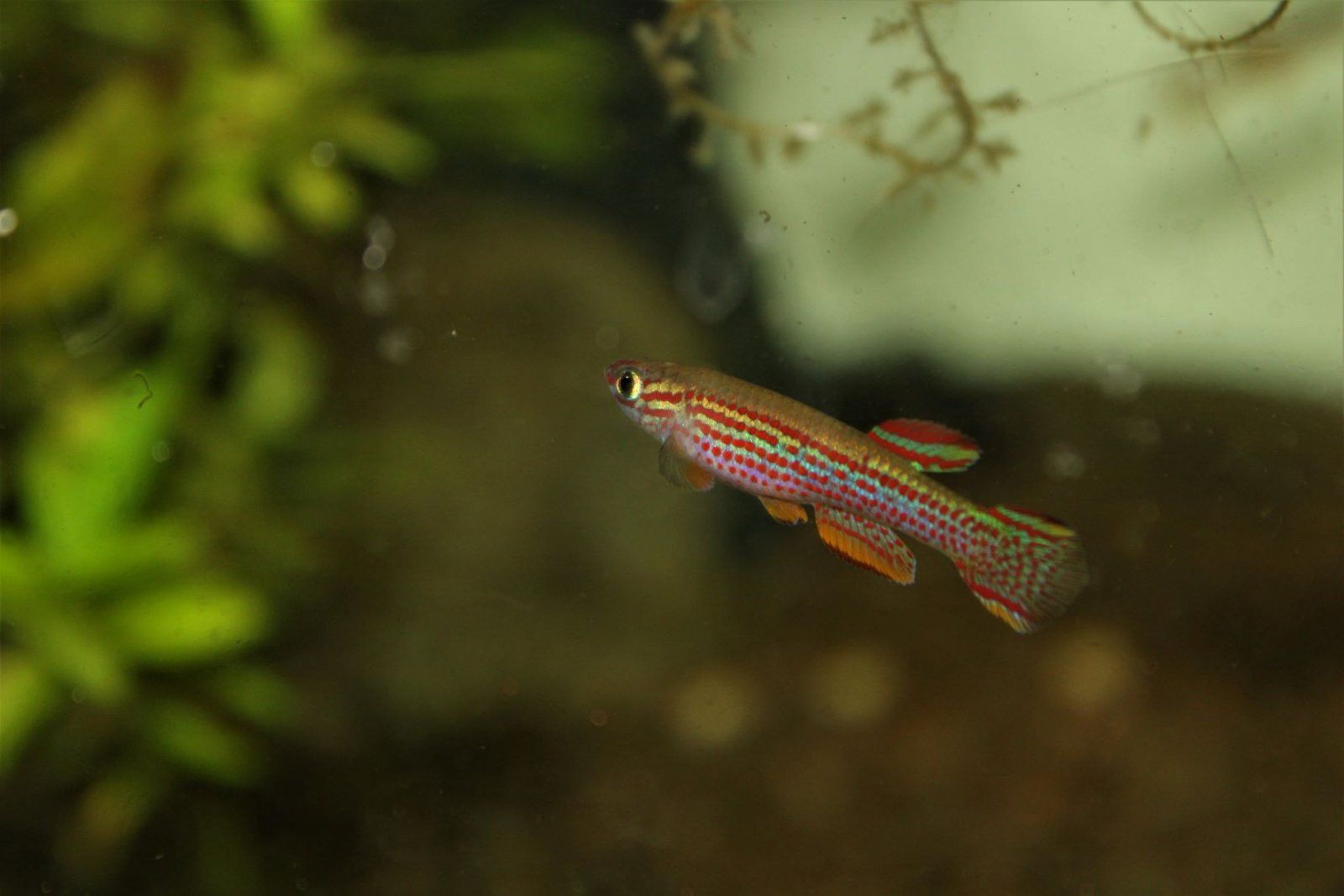 That label, grrr.
This is a young male Aphyosemion striatum killifish - one of the easiest to keep species in the group. It's a starter killie. It lives in a 20 gallon tank at 22c, as part of a group of 7 extra males I have from my last hatchout. I confess, it has been part of a QT set up, with Corydoras sp CW 123.
This striatum is from a 2000 collection, so it has been in the hobby for quite some time, and I am into my 5th generation of them. They live about 3 years, but are a bit shy around fish that are quick eaters. Temperatures are important - too hot and they don't do well. They are egg layers, spawning every day when well fed with about 2 weeks' incubation, and they leave their young alone. The young though sometimes eat their siblings.
They have been known to the hobby for a long time, but because they tend to be pushed around by other fish, they have never been as popular as their looks deserve them to be.
Last edited by a moderator: Dec 10, 2022 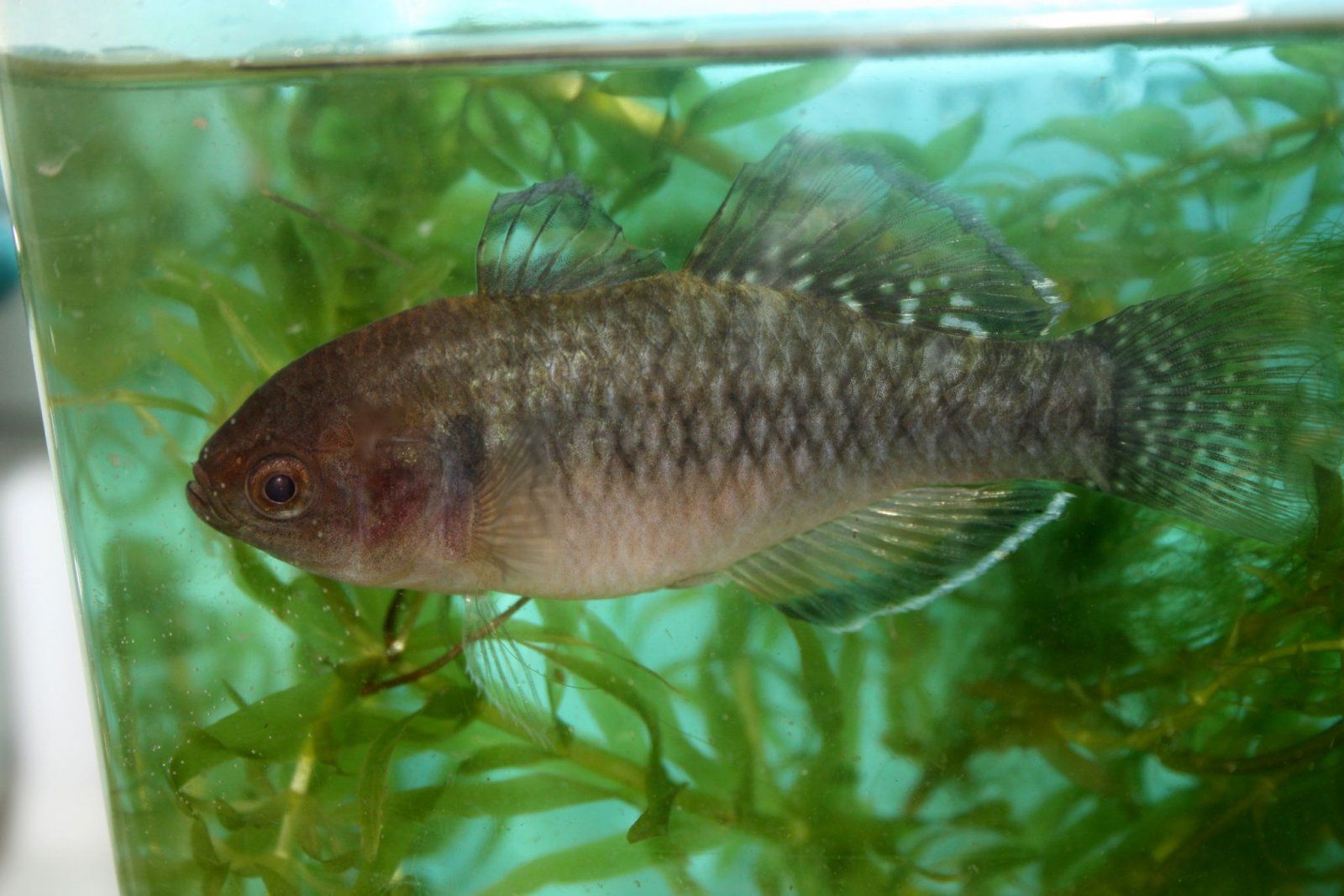 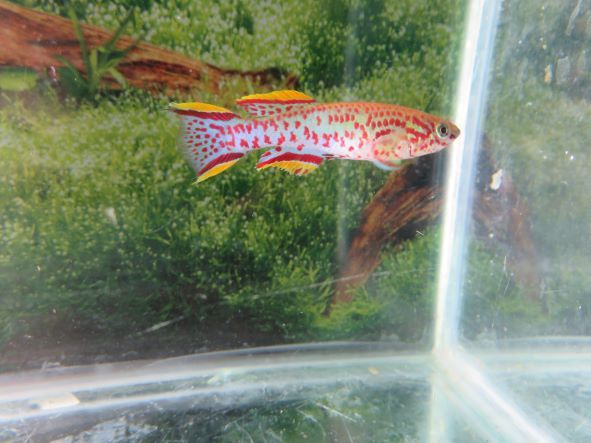 Steel Blue Killifish-Fundulopanchax gardneri
very easy to keep and breed they do well when kept in a ratio of 1 male and 2 females, will eat any type of food offered they spawn regularly when fed on a good quality flake food and some live food added to the diet
Last edited by a moderator: Dec 10, 2022 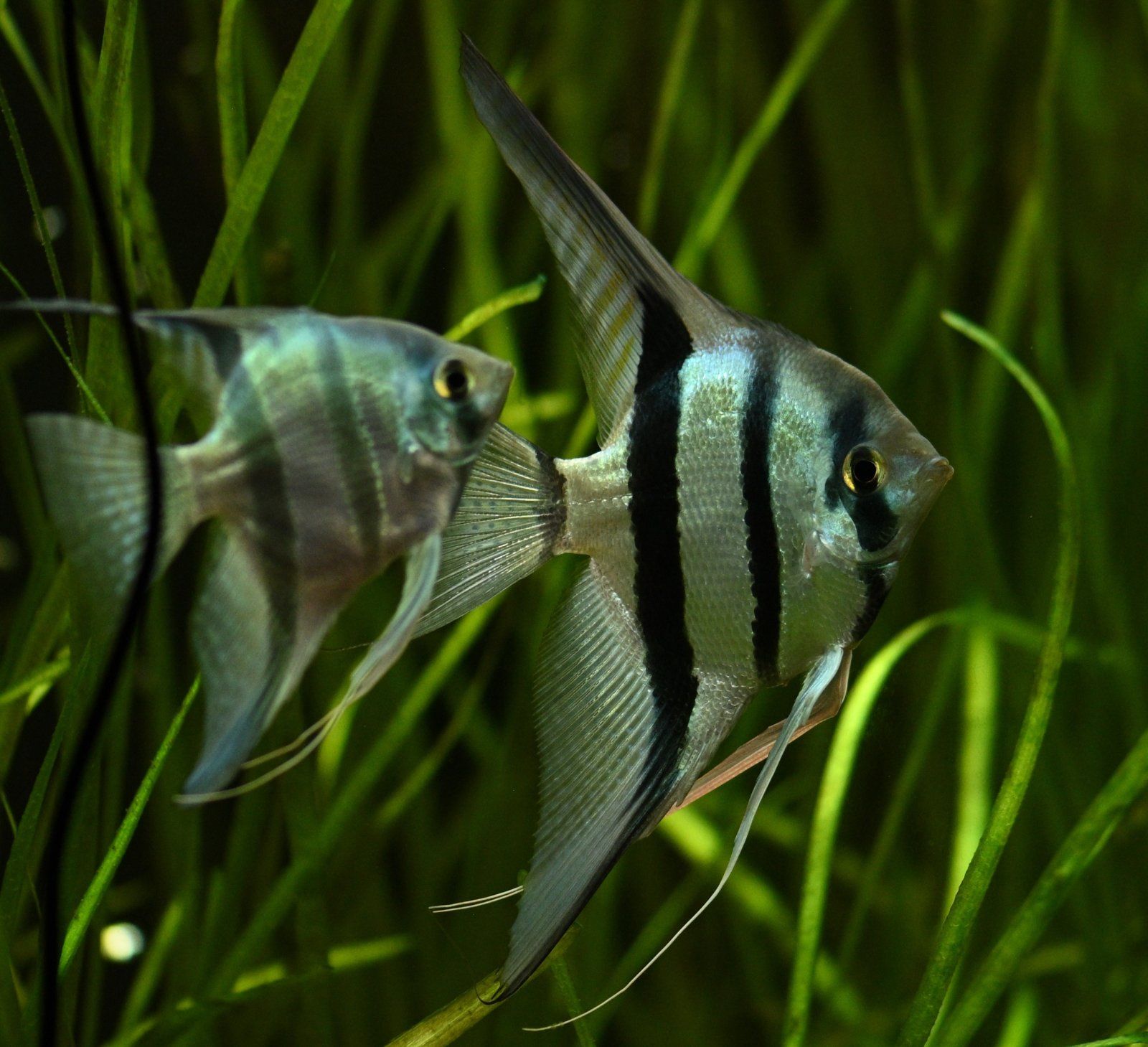 Here is my entry "Junior". He is the first Angelfish, Pterophyllum scalare, that I managed to breed on my own. I had him and his siblings in a 20 gallon tank where I was trying to feed them infusoria. The whole enterprise was a disaster and I was breaking down the tank when I saw him hiding under a pot. I moved him to my 10 gallon experiment, also a disaster, where he lived with some embers till he was large enough to move to my bigger tank.

Once he grew he became a very strong and soon dominated the tank making me move all his competitors. He breeds with his mate, Juniorette about every 3.5 weeks, having fathered over 200 fry that have been sent to the LFS. His tank is in our kitchen and when he is not breeding he is continuously begging for food.

Tank: 75 gallons
Other fish: Two left over black neons, one ember tetra (he grew up with this tetra), and 4 other Angels.
Food: Tetra Min, Bug Bites, Fine ground beef heart, frozen brine shrimp, frozen bloodworms, and in the summer mosquito larva (his favorite)
Last edited by a moderator: Dec 10, 2022

My favourite little fish loves posing for pics he was trying extra hard to show of today. yesterday I caught him showing of the to one of the female waving his fins around to attract her. His best friend is a pair of guppy’s in that tank every time he’s eating he lets the guppy’s take a bite of his food. Not expecting to win just wanted to show of this bad boy thanks guys. 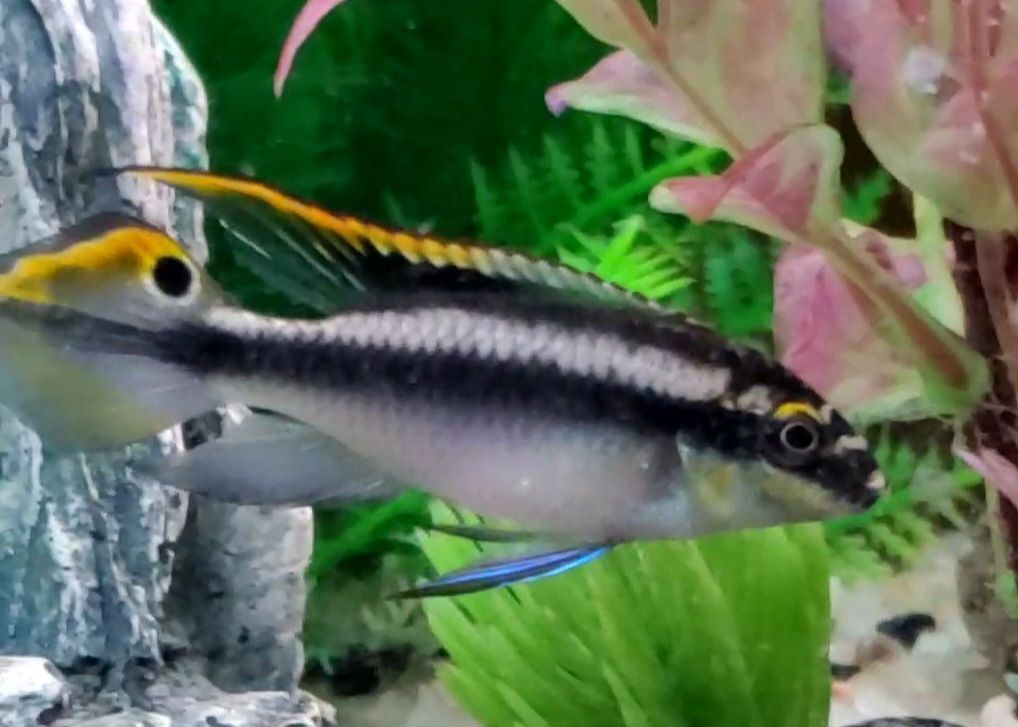 This is my Kribensis that lives in my 55 gallon community tank. I think it is a female due to the pink area that appears occasionally. Maybe? I haven't decided on a name yet. Tank mates are 3 dalmation mollies, 2 silver lyretail mollies, 6 serpae tetras, 5 silver tipped tetras, 3 green lantern platys, 5 Cory's, 3 nerite snails, 2 mystery snails and a female bristlenose pleco. She (?) Thinks multiple areas of the tank belong to her, but is very tolerant of the other fish. I hope you like her as much as I do.
Last edited by a moderator: Dec 10, 2022 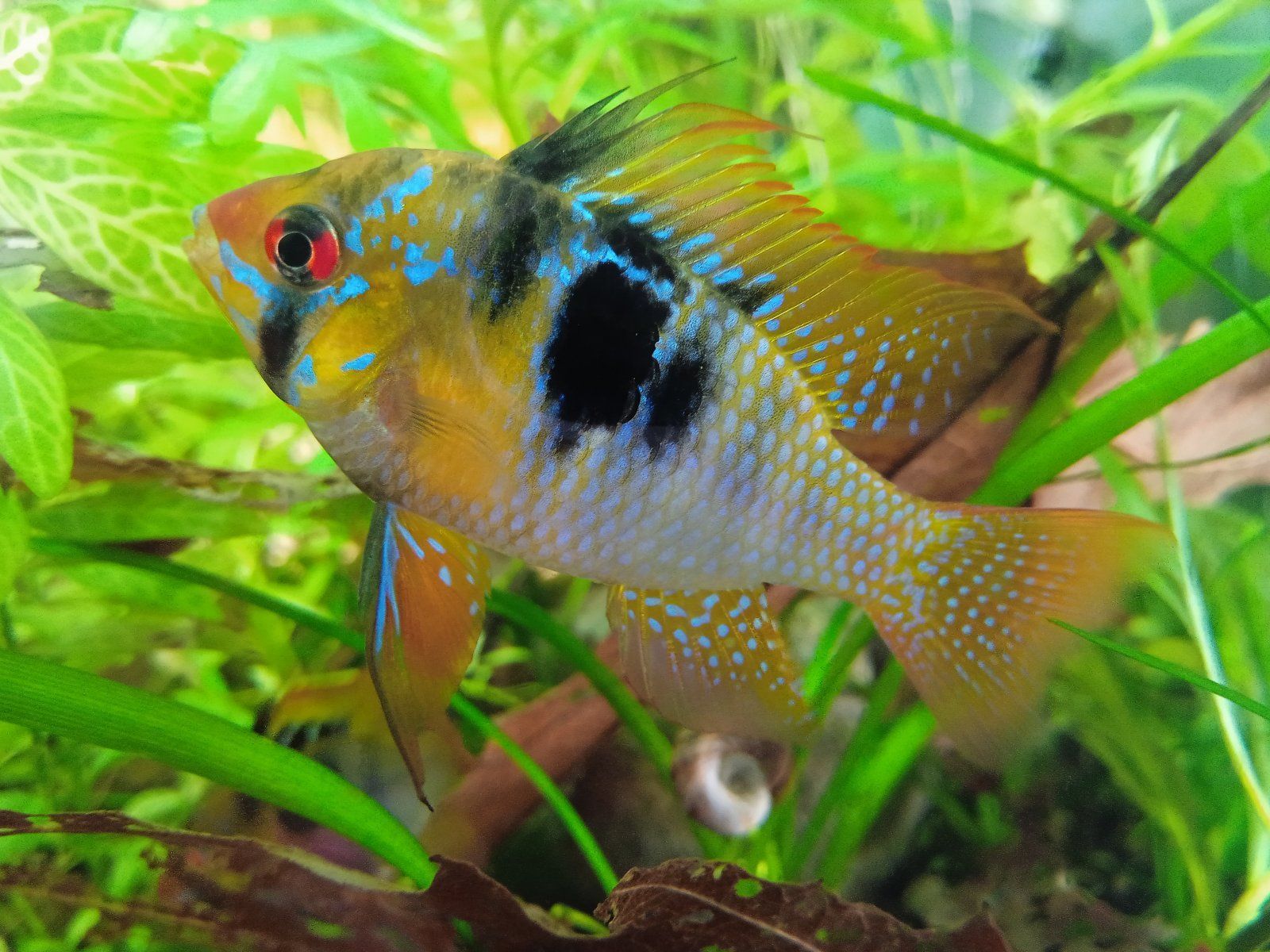 Τhis is my boy, Mohito. I usually just call him Moh or Mohy. He's super old, a bit over 4 years old. He is a German Blue Ram, or Mikrogeophagus Ramirezi. He loves attention and knows quite a few tricks. He's the father of my other GBRs, who are now having their own fry. He lives on his own in a 20 gallon on my office, and is spoiled. He has a Betta character, and flares ath the mirror. He's definitely enjoying life!
Last edited by a moderator: Dec 10, 2022