So, I'm really new to this species, I recently added 5 to may tank (1 male and 4 females) for the first time.
I did a little research about the conditions to breed them and watched some videos about it aswell, however some doubts remained.

The things that is bothering me the most is that I can't tell when a female is pregnant unless it is VERY pregnant. In some of the videos I watched they were showing pregnant females and females giving birth that I wouldn't even say they were pregnant let alone that they were about to give birth.
So any tips on how to spot the signs of pregnancy/closing to birth? I read about the gravid spot, similar to other species of livebearers, but it didn't seam as easy to see as it is in guppies, for example.

Any other tips or advise regarding this species are very much welcome! As well as guesses or some kind of glossary I can look at to figure out their colors!

I'll leave here some pictures of my 4 females, btw! (you can also see half of the male in pic 3 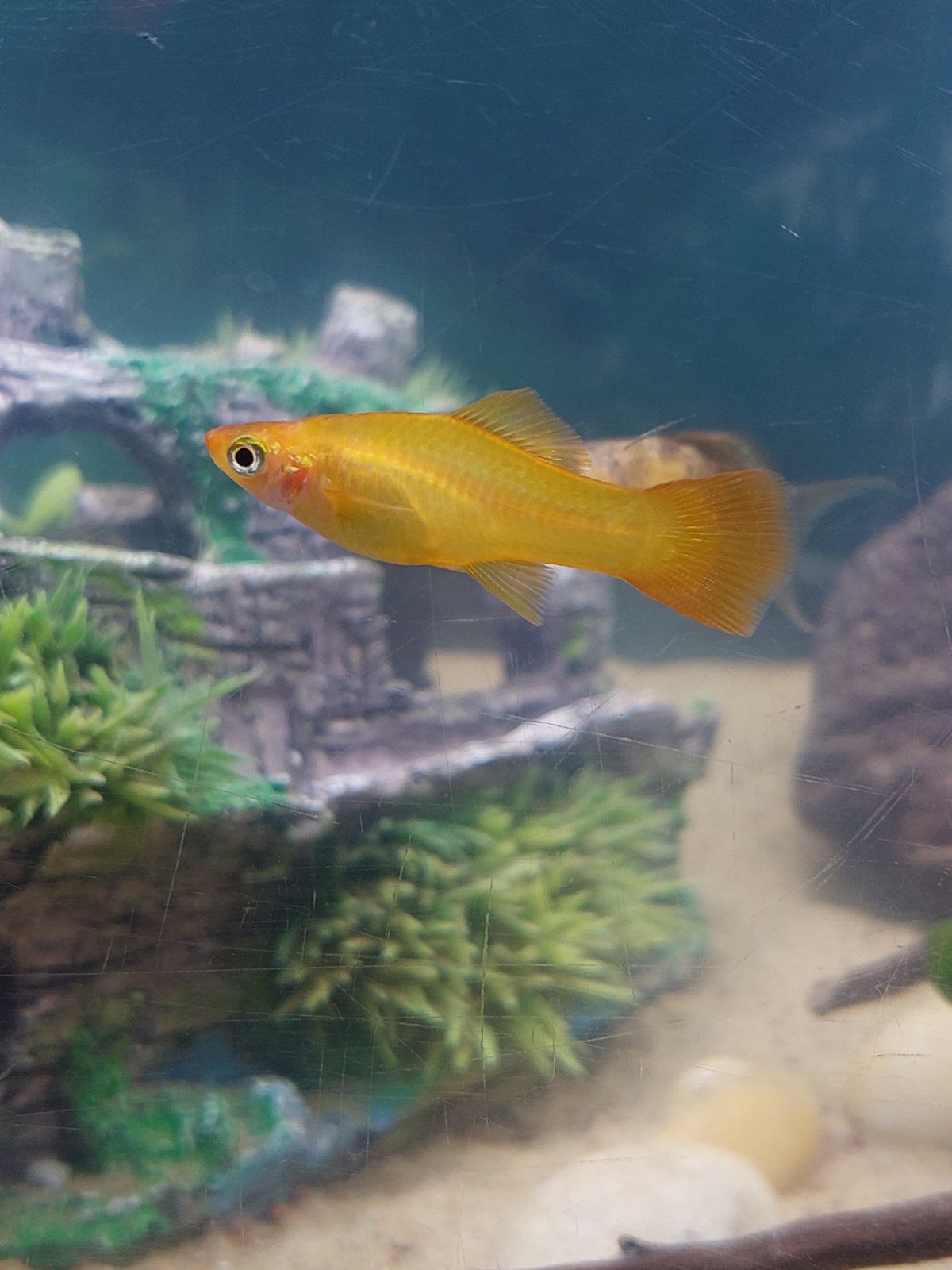 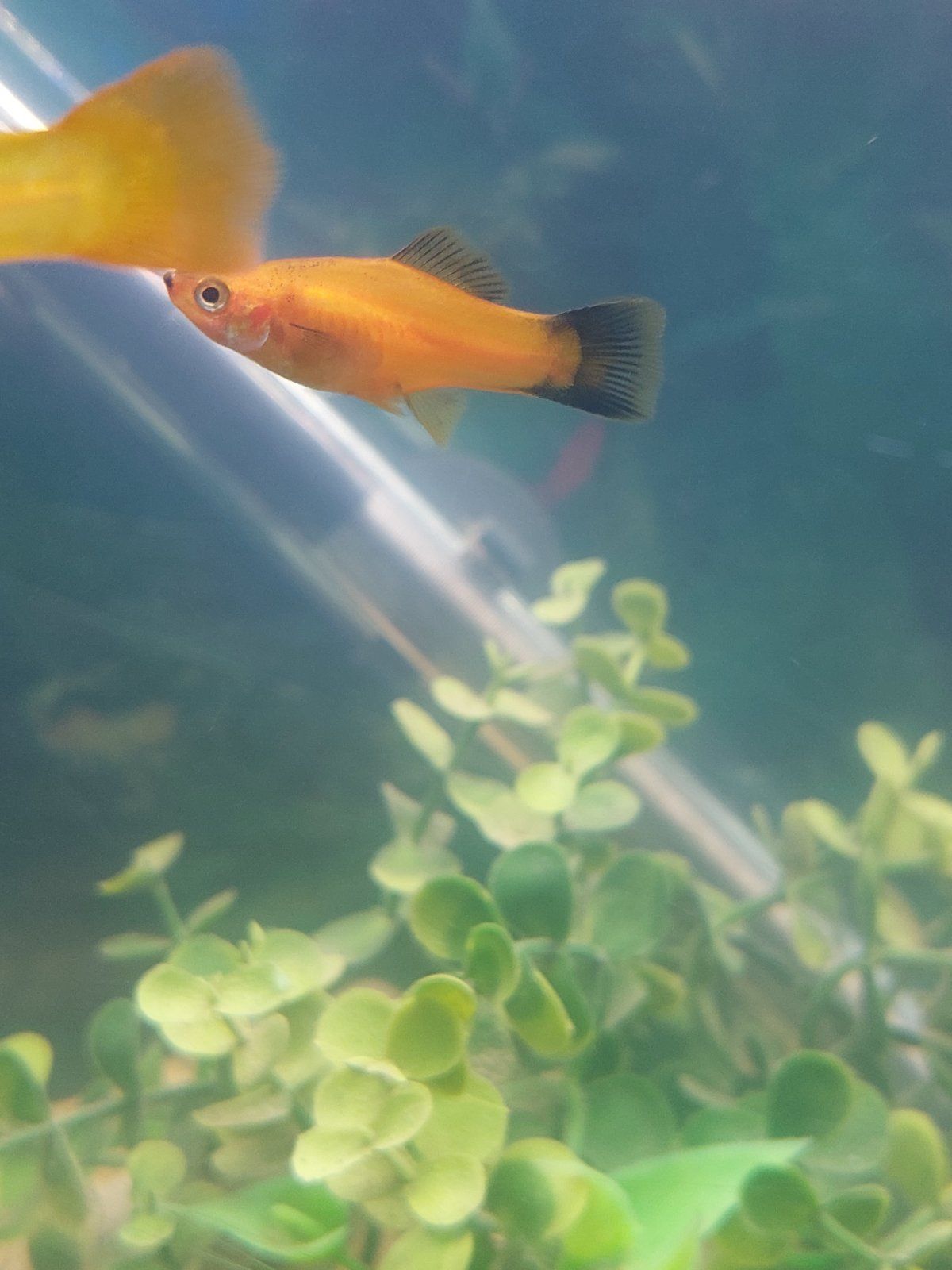 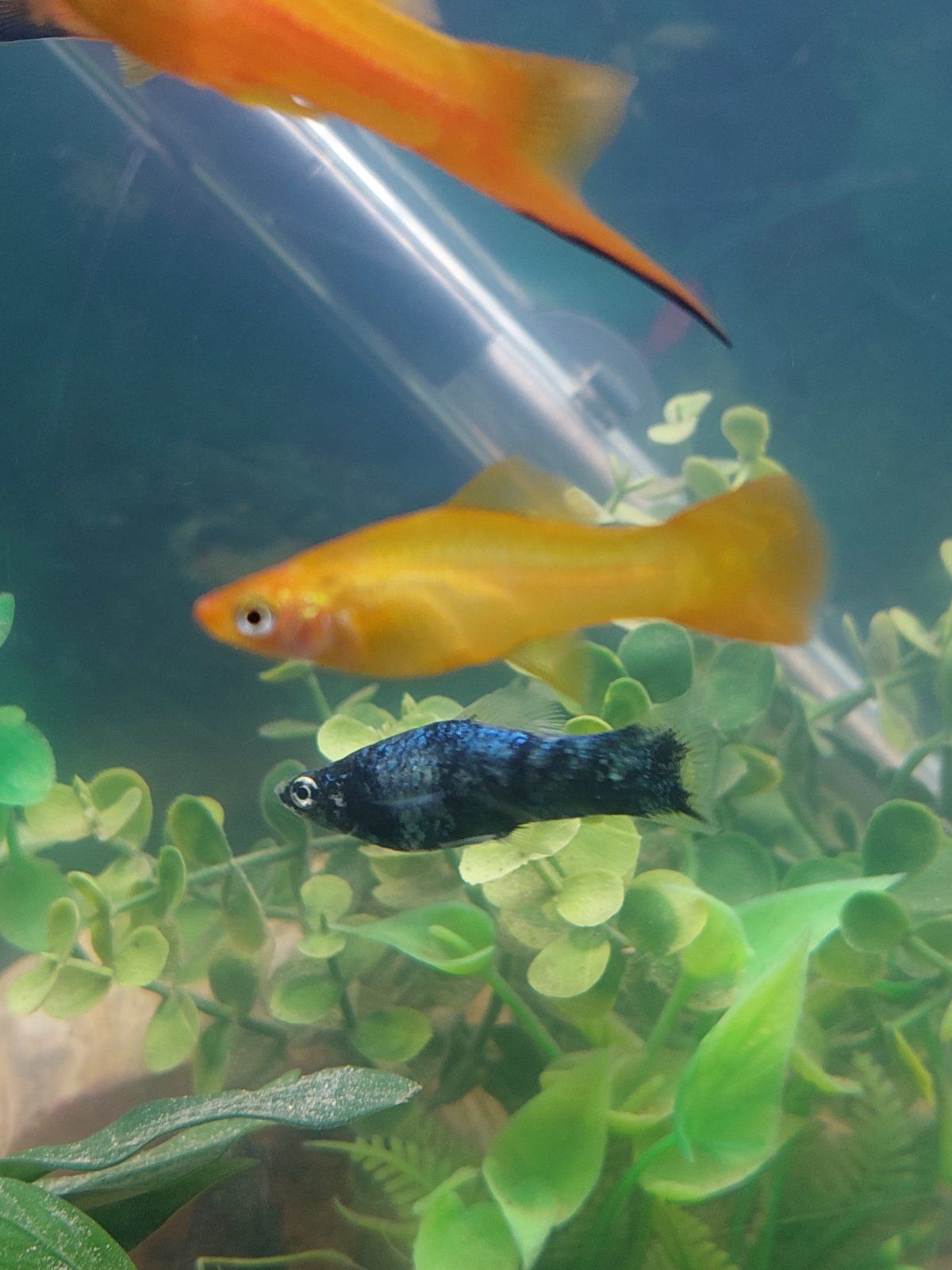 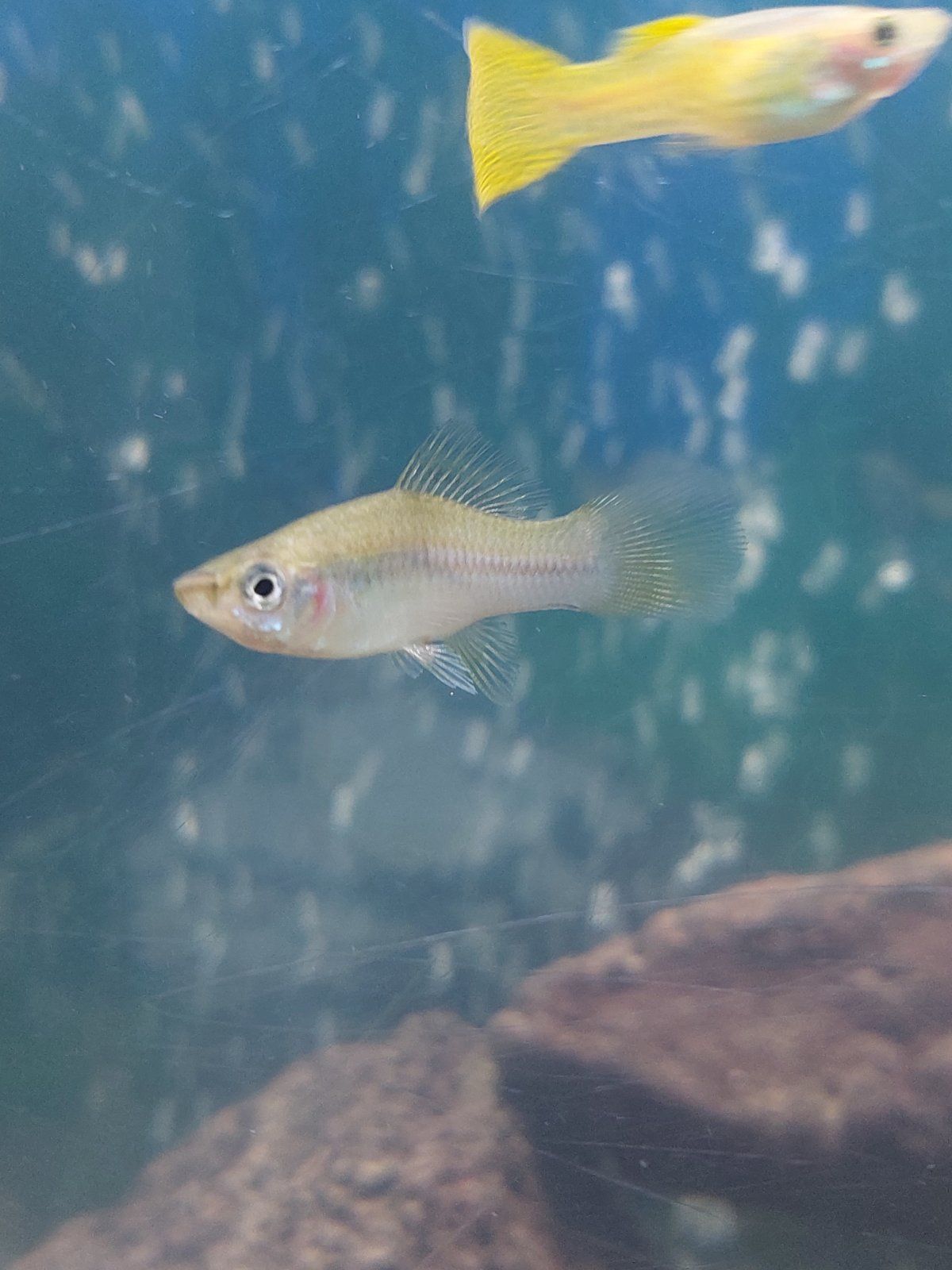 These all look like young fish, just be patient you will know when they are pregnant.
OP

itiwhetu said:
These all look like young fish, just be patient you will know when they are pregnant.
Click to expand...

They are all around 6cm (2,3 inches). They are not as tiny as they look

Either way, I was asking just to learn a bit more about them and be well pepared, not because I want them to start breeding already

Knowledge is never too much

especially when it comes to swordtails (and Platies, Mollies, Guppies).
Unless your tank is large enough you might contemplate a fingerling invasion

as they are very prolific fishes !


gabrielgalhano said:
spot the signs of pregnancy
Click to expand...

Maybe you could see eggs against the light especially females of light color.

Easy : huge bellies : females seem having doubled in belly'svolume !
Also you can see larvaes against the light.

Hem... will be happy if you found back th other half of th male

As @itiwhetu and @Avel1896 says, you'll know.
Large swollen bellies and you can usually see the young in there.

If you added a load of real plants, perhaps those of a feathery nature, the young will have somewhere to hide and hopefully avoid getting eaten. Plastic plants are not as useful in that regard.

You look sharp ! Are you basing yourself on the small point growing on the lower part of the caudal ?
Females are hermaphroditic.

That's incorrect. The blue swordtail appears merely to be a late maturing male.

Seems Emeraldking has a different opinion.

"Hermaphroditic" means possessing both male and female characteristics. This does not describe Swordtails.
However, female swordtail can and do change gender, to become wholly male...and they have even be known to revert back to being wholly female once more.

Should there be a special section on the forums for modern wokery?

I think the Blue Sword is just a young male.

Well, it is a kind of hermaphrodism : it is protogynous h̶e̶r̶m̶a̶p̶h̶r̶o̶d̶i̶t̶i̶s̶m̶e : fish is boen female then turn into male.

Myraan said:
Should there be a special section on the forums for modern wokery?
Click to expand...

Avel1896 said:
You look sharp ! Are you basing yourself on the small point growing on the lower part of the caudal ?
Females are hermaphroditic.
Click to expand...

Wel, you do see the dark seam already developing, which will follow the growth of the sword to be.

Well, I haven't explicit mentioned wether this is a late male or a female is transition. But what I meant is that as a grown specimen, it will show the male characteristics. For the topic starter mentioned them as being female.

Bruce Leyland-Jones said:
"Hermaphroditic" means possessing both male and female characteristics. This does not describe Swordtails.
However, female swordtail can and do change gender, to become wholly male...and they have even be known to revert back to being wholly female once more.
Click to expand...

The story about old females that show male characteristics. This is something totally different than what's been mentioned before. This happens by an hormonal change . This hormonal action triggers an overacting stimulans of the MSX-genes. The MSX-genes are responsible for the morphological change in fin tissue. This results in a sword-like and a gonopodium-like shaped fins.

With platies however (to stay on top of the Xiphophorus scene), there's a similar thing going on. But technically different. Besides the X and Y sex chromosome, also a W sex chromosome is in play. But this is only referring to the females. For there are XX, WY and WX genotype females in platies. Males however can be of an XY or a YY combination. Female platies of the WY and WX genotype can change into males. XX females will remain females all their lives.

Xiphophorus females that went through a transition to male, will be functional males.

In case someone doubts that the sex change is a fact, this has been researched already in 1984. But as a paper officially received in 2003 and accepted in 2004. For there are a lot of people that just don't believe the option of sex change in Xiphophorus species. But a lot of those people are also not aware of the official research in regarding this topic.
Last edited: Sep 21, 2021
You must log in or register to reply here.

G
My glo shark has a big belly
2

Are my Pictus Catfish laying eggs?