Had a staghorn algae issue in my tank for a while. It was mainly in the front right corner but bits all over.

My filteroutlet is in the front left and the Co2 diffuser is in the front right and I read Staghorn is caused by flow and Co2 distribution issues. So to try and help this I moved the outlet so that it pointed towards the back right corner and guess what I now have staghorn there too.

This is my plan to try and get rid of it
I know the Excel route is pretty drastic but I dont see an other way out of it, the tank was stripped down and most of the decor was new or severely scrubbed, most of the plants are new but it still seems to survive.

Does anyone have any other tips? 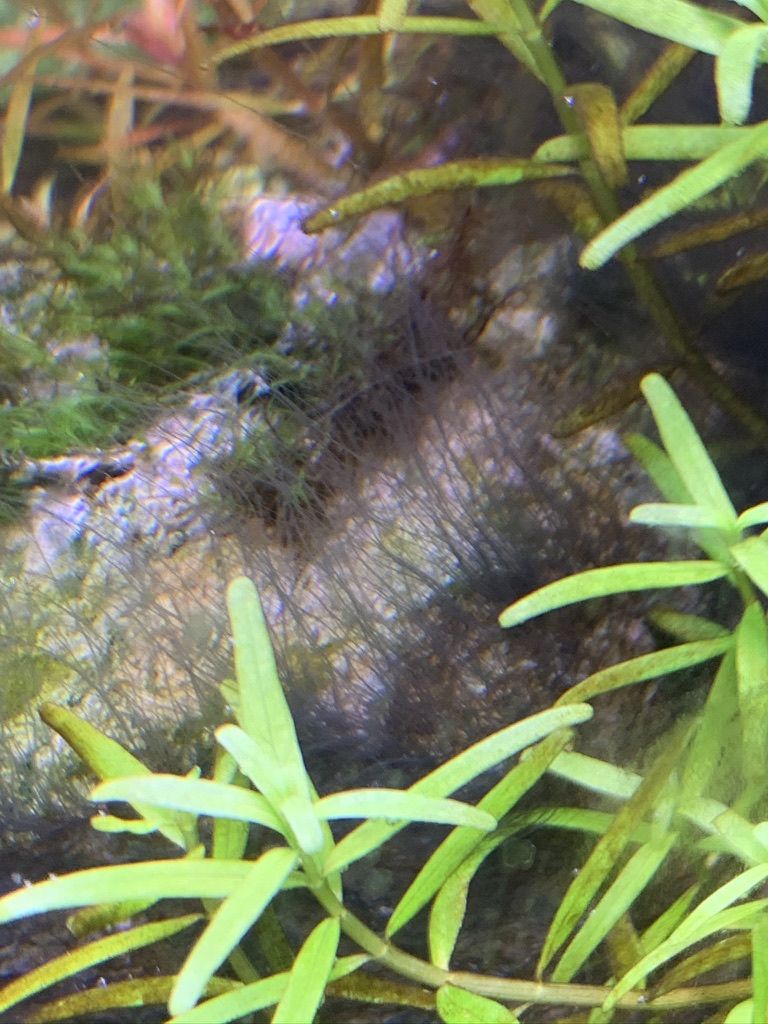 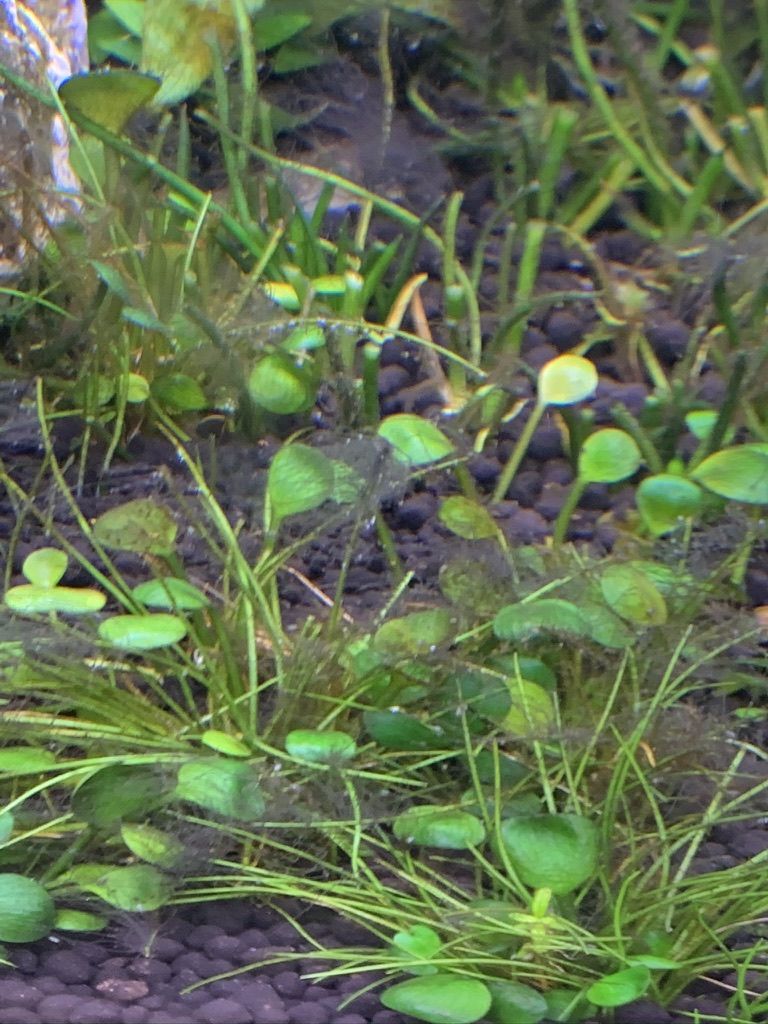 What substrate is it?
OP
OP

Tropica Aquarium Soil and Soil Powder - sort of got mushed up a bit now.

It is the same as before and probably the same bit of substrate in the same place. Staghorn feels like the type of Algae that gets introduced which I feel like it was but then its taken over. I do hope if I do the excell thing blasting it like that will just get it out of my tank. What do you think?

Wills said:
I read that Staghorn can come from ammonia spikes which is tough to fully imagine as there are no fish in ther
Click to expand...

Yeh thats why I was wondering what substrate you had, if its the type to release ammonia especially when its been disturbed.
Excel might be a good shout here. Then it'll give the chance for the tank to rest without you having to disturb the sub by manually picking the stuff out
OP
OP

Thanks really appreciate the help

I might try and time this process to add some more shrimp and snails too eat the dead staghorn and keep on top of the green and brown I get too but it is much less.
R

I used hydrogen peroxide to kill off staghorn. Seems like this type of algae thrives in high flow areas. Anyways, i have not lost any livestock using this method but I dont have any shrimp. I attached some airline tubing to a spray bottle and a rigid tubing on the other end. Used 3ml of peroxide per 1 gallon of actual tank water. On my 50 gallon, i dosed 140ml of peroxide. Shut off all pumps and filters. Supposedly peroxide is light sensitive so i had my lights off too. Start spraying affected areas and leave it for 15-20 minutes. I did a 40% water change after. It did kill off the staghorn as they turned red the next day and was pretty much gone in a week.

I'll second the 3% H2O2 use. I used a lower dose but did a tank treatment initially. I've been following up with just syringing it into the problem areas with the filter and air off for an hour. Never hurt the plants it was on, not even the thin ones. My curious fish swam through the peroxide stream and didn't seem to be impacted. The staghorn algae dies, though I've noticed the green algae types in the area seemed not to care as much. So far, Excel did noting, but with changing parameters and the H2O2, I'm getting the staghorn under control.
P

I've had super thick staghorn in my Xmas moss for months since before I added co2, used flourish for 3 weeks, got up to 7.5 ml per day in 30 gal of water and it's still there, tried alternating and treating with 2ml h2o2 per gal at night, man this stuff is tough. Looks like it's being eaten by a beautiful dark green algae now. IDK time will tell, never tried spot treating with the excel, but I did several times with peroxide. Doesn't seem to be growing anymore but it's still there...
S

I could answer every algae problem with "Hydrogen Peroxide"..I mean compared to chemi pure- erythromycin- green slime remover- all those expensive products HP is practically free.
I did see a cheap new blue green algae killer recommended- Methylene Blue. Makes sense..BGA is part bacteria and MB is for killing those that cause fungus on fish.
I'm not sure if worked well..he never did do a follow up.
S

Wills said:
I read Staghorn is caused by flow and Co2 distribution issues.
Click to expand...

When Tom Barr published his estimative index fertile dosing methode he stated that if you followed his instructions there would not be no possibility of a nutrient deficiency. So if the plants were not doing well or you had algae the likely cause would be CO2.

It is now know that he was wrong. He thought plants only needed CO2, light and NPK macro fertilizer and micro fertilizer with Fe, Mn, B, Zn,Cu, and Mo.
Unfortunately he apparently didn'tknowthat S, Ca, Mg, Which as also macro nutrients Fortunately for him his tap waterwas was rich in those and possibly Zn. So while it worked for hime and many others. For a lot of others it didn't work.Eventually people figured this out after many people went nuts playing co2 and water flow. And recently other fount the popular micro fertilizer Tom Barr used (CSM+B) is deficient in Zn.

So overall in my opinion CO2 is not worth the effort. The rest of your plan sound good. For me my big issue has been hair algae and a little bit of Black bear Algae.

I recently ran into this post regarding hair algae melting away when phosphate reducer was used. The general conclusion people made was that it wasn't the drop in phosphate that killed it. Instead they speculated the phosphate remover also silicate which killed the algae. I don't know if stag horn algae needs silicate so I don't know if this helps.

I have done some teasting in a small 1 gallon plastic container that contained plant trimmings I wanted to keep. It also has hair algae. First off I removed the gravel from it. That did appear to reduce the amount of algae. I also just dumped in some phosphate remover. Then later I switched from my regular magnesium sulfate, calcium chloride mixture to a liquid Calcium carbonate magnesium carbonate his. This also appear to work. Currently the 1 gallon tank has minimal algae in it.

Phosphate remover is iron hydroxide. when it reacts with silicate it forms a non-soluble solid. Calcium carbonate and magnesium carbonate also do the same. What I found really surprising is that my tank uses RO water and it it is a plastic tank. The only source of silicate in my tank would be the black diamond blasting sand. I am guessing my substrate is releasing some. Also many people say to focus on healthy plants instead of algae. I know from past experience that does work but why? My guess is that although plants don't need silicate they do take it in. So if you can increase plant growth enough it might reduce silicate levels enough to stop hair and BBA growth.
OP
OP

Thats really interesting I would have always assumed Tom Barr would have used RO water rather than tap water.

Doubly interesting is that you mention silicate level and the impact that this can have on a tank. I also find it interesting that you have mentioned low phosphate negatively effecting staghorn too. So I've had major silicate issues in relations to filomentous diatoms previously which I thought came from some wood I had in the tank at the time.

The reason I mention low phosphates as interesting, I've reduced my water changes down because it felt like such a loosing battle but as I have, my rocks have been going a very dark green which I read is typical of low phosphates? At the same time the staghorn seems to be somewhat supressed and not spreading at the rate it previously was.

I've been trying to weigh up when I get my RO machine (soon!) if its worth getting RO/DI and I think this may be a good idea now even though its a few extra steps.

Wills
You must log in or register to reply here.