I love cats, they're aloof and leave you alone until they're hungry. Feed them and give them a little scratch round the ear and they'll be happy for another few hours...

I love dogs but they're insatiable and constantly need your attention

Much ado about nothing.

It is a non event. Yes, cats are invasive. So are many plants readily sold here there and everywhere. It's a label - no more, no less.

The great thing that cats have brought us is their cartoon characters. Sylvester , Top Cat and Tom of Tom and Jerry fame immediately come to mind. Snagglepuss wasn't a housecat but close enough. Exit stage left !
F

I love cats and own two of them. But indoors. Outdoor cats are just too destructive. This recognition by the Polish institute is nice but is nothing new. However, hopefully it helps further the varios initiatives to control (read, eliminate) domestic but feral cats. Europe and the USA have been too slow to install effective regulations to fix this problem. Other countries such as New Zealand and Australia have much more assertive. But the problem is huge and continues, in some places totally uncontrolled. Please realize that the problem is not so much the cats themselves, but the people who allow the problem to persist. Feral cats are among the worst pest animals worldwide.

Cats should be sterilised unless used for breeding, and they should be kept on their property at all times, unless they are on a lead and someone is holding that lead when the animal is out in public. Same stuff dog owners have to do.

In Australia the governments say they are doing something to control feral cats, but they aren't. The federal government doesn't do anything about cats. The state governments make laws about cats and let local government (councils) enforce the laws if they want to. But most councils won't do anything about feral or annoying domestic cats except offer you a live cat trap for $100 and they come and collect the cat/s when caught. After the cats are taken by the council, the cats are returned to their owners (if wearing ID or microchipped) or are given to other people.

I found this out when I was in Mandurah and there was a cat problem. Literally dozens of cats would converge on my place at night and pee all over the house and car. It was so bad I would have to leave the property for a few hours while the ammonia from their urine dissipated. The cats would have fights and wake everyone up at all hours of the night and it went on for years. The council was asked to something about it and wouldn't. The state government was asked to do something and they said "we have laws in place, take it up with the council". The council then offered me a cat trap and said they would take any cats caught and return them to their owners. The cats were caught but weren't given to the council to be returned to their owners.

In Australia there is an estimated 80 million feral cats in the country and over 20 million domestic cats. Many of the pets get put out at night to "do their thing".

The guy in the article is correct. Cats are an invasive destructive species (just like people) and they should be controlled to save what little wildlife is left. And yes, pollution, habitat destruction and chemicals also kill native wildlife.

The best thing cat owners can do, is fence off their property so the cats can't leave it. This also stops other cats from coming onto the property and fighting with their pets. Most cats that end up at vets are there for injuries sustained during cat fights. Fencing off your property and keeping your cats safe, and other unwanted cats out, is the best thing a cat owner can do.

The best thing governments can do is send out killing teams to eradicate feral cats, and make laws that prevent people from breeding or dumping cats.

I have a few friends that are cat owners and they used to complain of their cats being attacked by neighbourhood cats all the time. They also had unwanted litters of kittens that were mongrels. The cat owners were cat breeders and wanted pure kittens to sell. I told them to fence off their properties to keep their cats in and stop other cats getting to them. They did this and 6 months later I got a huge thankyou because they had their first litters of purebred cats, and they hadn't taken injured cats to the vet in 6 months. It's a win win situation. Domestic cats can have access to the backyard but are protected from roaming toms and ferals. And the cats can't harm the wildlife.

Please be nice, Iti is listening to and reading to what you are writing.

(Don't ask what I just said to her....its tween me and the puddy tat )

Thank you for the nice thought, she is not up to typing yet but appreciates the sentiment.

Iti in front of the fire considering her next move 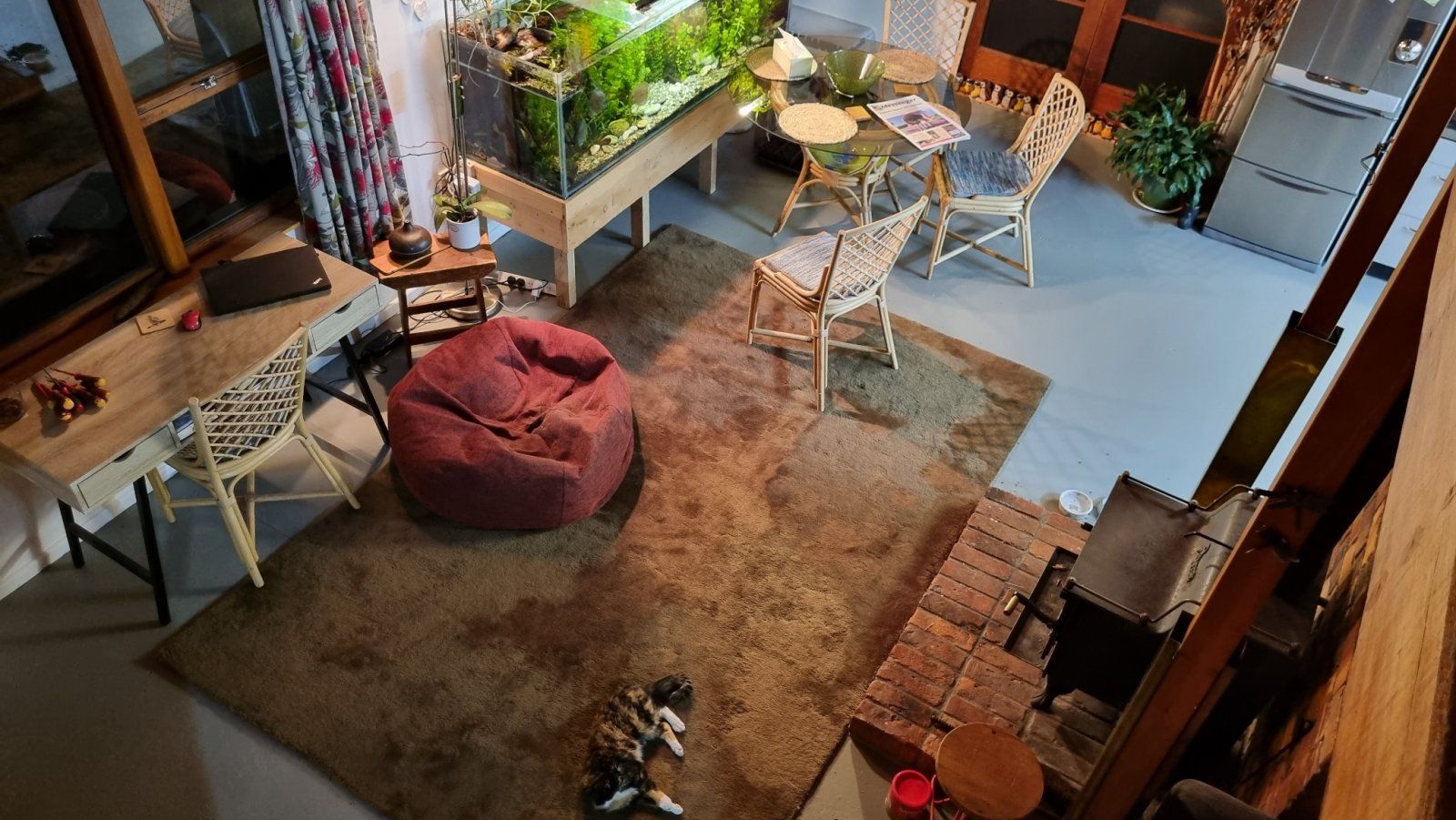 itiwhetu said:
Please be nice, Iti is listening to and reading to what you are writing.
Click to expand...

You do realise I'm going to eat iti one day

Colin_T said:
You do realise I'm going to eat iti one day

You know that you have no chance with Iti, she is smarter than all of us put together, well that is what she thanks, and unless you get over to NZ and stay awhile, she has one over you.

By the way @Colin_T she is now ninety-six in our years. So, you must visit her, she is now too old to fly alone.

Colin_T said:
The best thing cat owners can do, is fence off their property so the cats can't leave it.
Click to expand...

You'd be able to spot the homes with cats as they'd resemble a high security prison . 10 foot fences all round the property with razor wire on top. Cats can jump a surprising height, a 6 foot fence is nothing to a cat.

Our cat doesn't jump, we don't think he's ever been allowed to and at 15 when we got him he was too old to learn. He climbs but if he can't grab hold with this front claws he doesn't go there. This did make life easier as we didn't have to cat/toddler proof the house when we got him.

Essjay said:
You'd be able to spot the homes with cats as they'd resemble a high security prison . 10 foot fences all round the property with razor wire on top. Cats can jump a surprising height, a 6 foot fence is nothing to a cat.

Our cat doesn't jump, we don't think he's ever been allowed to and at 15 when we got him he was too old to learn. He climbs but if he can't grab hold with this front claws he doesn't go there. This did make life easier as we didn't have to cat/toddler proof the house when we got him.
Click to expand...

Iti can only just get up on the couch. She makes it too the fish tank, from the dining room chair to the table to the tank, about two feet at a time. She has a rest between each step.
You must log in or register to reply here.

S
Time to toss out the cuttings and extra plants ...

M
Sterlet suddenly died :-( Has anyone seen this on the bottom of Sterlet before? Wasn’t sure it was puncture wounds by a cat. Just unsure and nervous

A few reminders from the moderators