New to Forum not new to Fish

I am new to Forums but have had tropical fish a number of times since the late 60s. My main interest in joining this forum is for an exchange of ideas about the care and maintenance of aquaria. The hobby has really changed a lot over the years, in particular with substrates, planting, and filtration.

I maintain three main aquariums. The largest is a 60 gallon (225l) main display tank in our living room, it is planted with 2 Angels, Black Neons, Ornate Tetras, German Blue Ram pair and a Bristle Nose Pleco. The second is a 37 gallon (140l) display tank in same living room, it is heavily planted with 2 Angels, Dwarf Neon Rainbows, a single Pearl Gourami, and unknown variety of Goby, a few smaller Corys. I maintain the 37 gallon tank but my wife holds sway as to who lives in it. My last tank is a 20 gallon long (75l) planted tank with a breeding pair of Angels, this tank was setup as an quarantine tank but had to be put into full time service to isolate the breeding pair of small but aggressive angels that were causing stress in the other tanks (no little angels to maturity yet), but now also serves as a plant nursery. I also have a 10 gallon tank that I setup for new plants or fish but that doesn't happen often now.

I have been meaning to join this forum for a while now but one event has triggered me to do so. I interact heavily with the fish in the tanks, feed them by hand, let them swim through my fingers, keeping them out of the way during cleaning can be difficult, especially the angels and the rams. A couple of weeks ago I got a new magnetic algae scrapper, I don't have much algae, but the magnetic scraper seems like it would save some labour. Unfortunately, my fish really hated it, after using it they hid in the corners behind the plants, all their color faded, and breathing heavily. Unfortunately a couple of the Ornate Tetras never recovered and were found dead or near dead the next day. I checked the water conditions and the only issue was the Nitrate was about 10-20ppm, so I didn't think the issue was the water. It appears I scared two of my fish to death. I will go back to the razer to clean the glass but was wondering if other people have had similar results with the magnetic scrapers.

Location
Sat in front of the tanks

Welcome to the forum....some pics of those tanks would be nice
OP
OP

Just a couple of quick pictures. 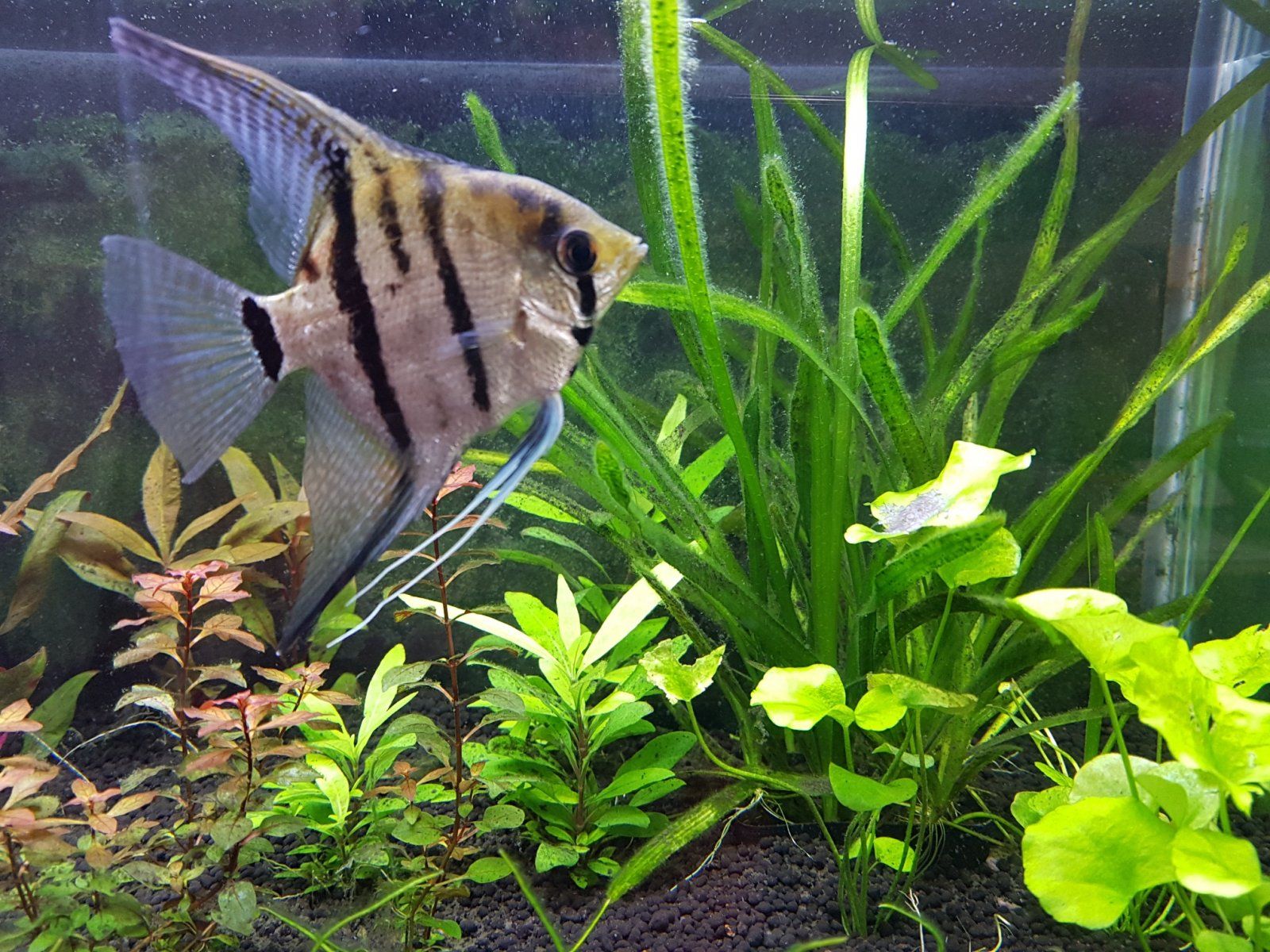 The photo above is from the 20 long. The angel is the female who is very aggressive, although poorly photographed you can see the angel fry on the Nymphoides hydrophylla. The only reason I maintain this tank is to keep this angel and her mate. I am not trying to breed any more fish. I wouldn't normally keep angels in a 20 gallon tank that is only 12" tall but they seem to like the tank and they do not get along with the fish in the other tanks. I also use the tank to pre-acclimatized plants before putting them in the larger tanks. Although I am not trying to breed the angels I haven't touched the tank since they laid the eggs. 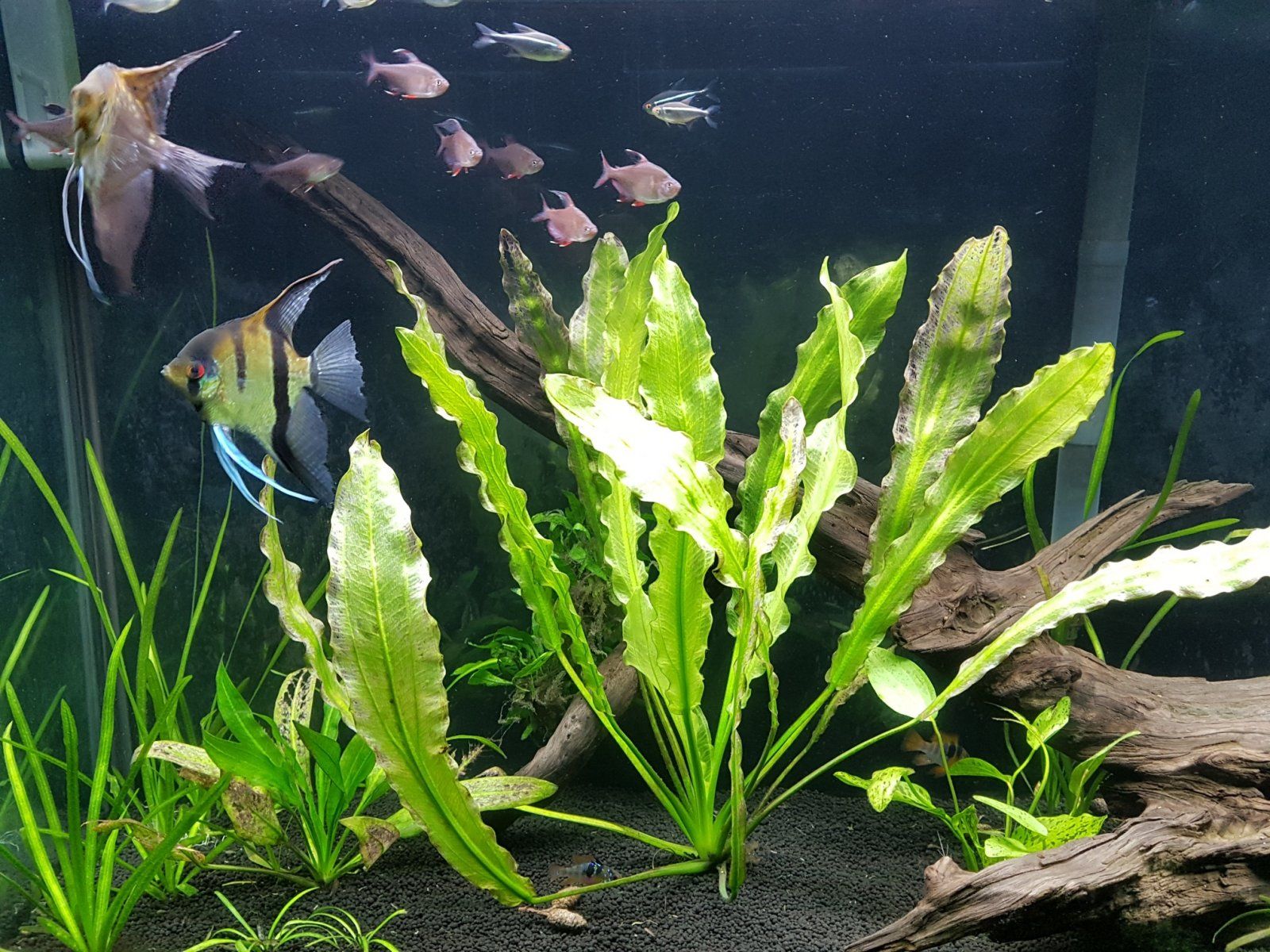 This is from the 60 gallon. About 2 months ago I switched the substrate from black Florite sand to Tropica substrate, it works much better for me, the plants are still recovering. I decided to make the switch because the Stirbys and Bristle Nose Pleco did not like the sand, it is too sharp. I moved the Stirbys out when I saw erosion on their feelers, haven't yet moved them back and might not because they are too hard to catch. It is getting close to feeding time so the fish are starting to hang out where I feed them. In the upper right you can see the magnetic scrapper, I put it in the tank so that the fish would acclimatize to it but that didn't work well in the end.

Ahhh, "rosy fin" tetras, one of my favorites...the angels are beautiful

Beautiful angel and nice tank. Hope you enter our Fish of the Month and Tank of the Month contests.
On February 1st, our TOTM contest will feature tanks sized at 31 gallons and larger tanks.
You must log in or register to reply here.