well it says on the hood that it can hold 25 watts, but im not sure if that is incadescent, or if it is florescent.....

and these bulbs are 20 watts each i have two, i bought them at walmart, and they dont know.... they wont know, and i work at a LFS noone really knows

Is that 25w each socket?

but give it a try. I accept no responsibility

Edit: Or wait and take the bulbs and fixture to Home Depot or Lowes or your electical lighting supply and ask them if it will work electrical wise.

Looks like you may have lucked out finding the bulbs. I have never heard of them, and I was just checking my online supply and they don't have anything like that.
OP
A

I'm going to work. Will be back in a couple hours. Let me know hoa it goes. Hopefully it is just the right amount of dramatic 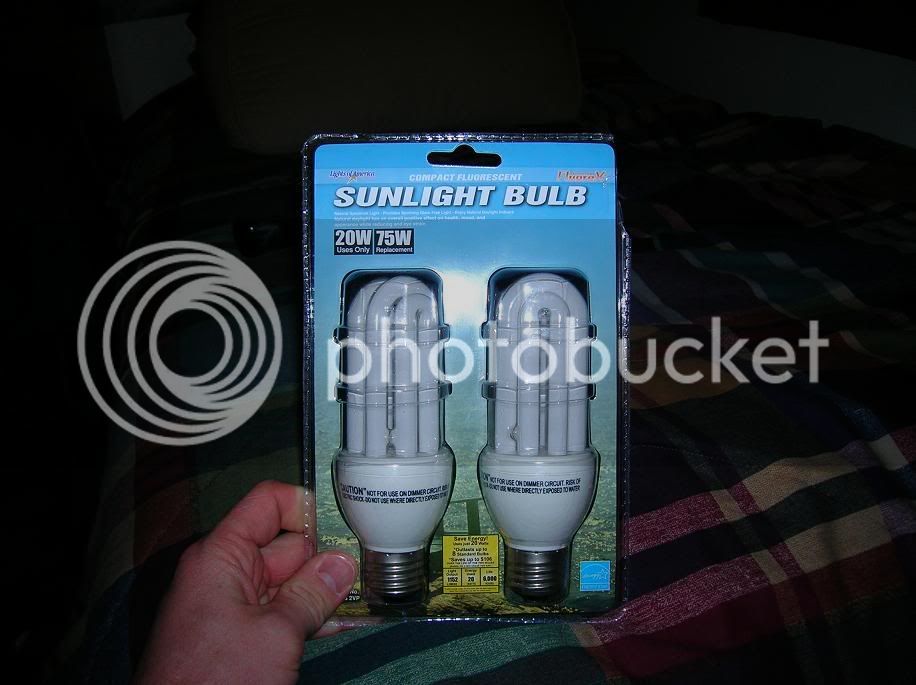 they work well but im kinda gettin nervouse becuase they rub up against the reflectors, is that bad???...will i have to take the reflectors off....... here is a pick to explain it... 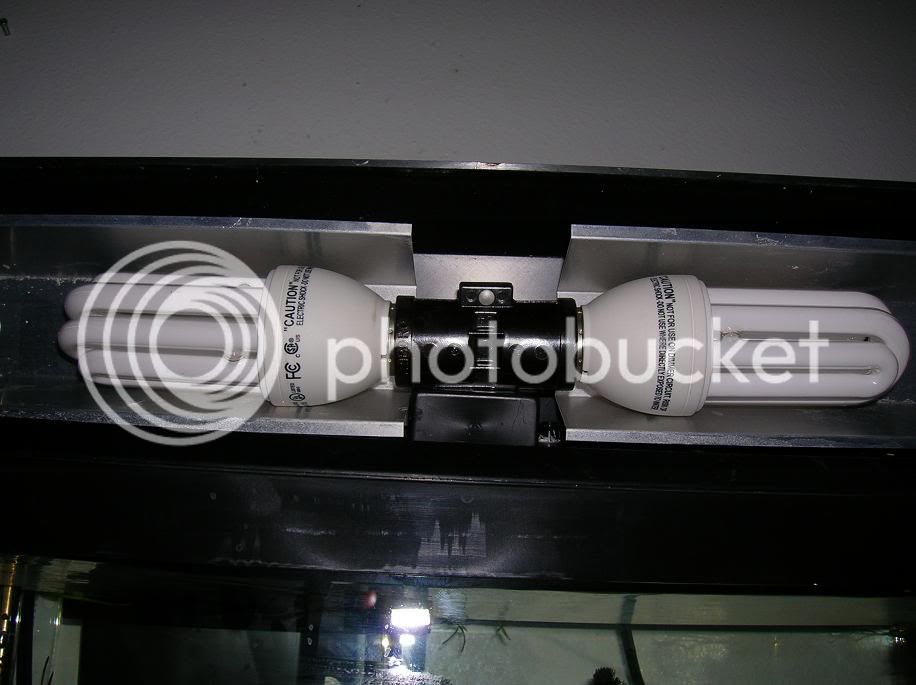 let me know!! thanks for your hellp so far !!

Ok, here's the possible bad news. The usefulness of the lighting is dependent to a large extent upon the so called "kelvin" rating. The kelvin rating refers to the light waves and the light colors in the light spectrum being produced. The best for plants is 67,000K (kelvins) which are high in the reds and blues most useful in the photosynthesis of plants. Next is 10,000K which is the light waves at high noon. (I believe I pretty much have this correct.)

I think the reason that incandescent is not useful to plants is because it doesn't produce the correct kelvins. I have heard that regular flourescent used in lamps doesn't either. I assumed when you said "Sunlight" bulbs it was referring to the kelvin rating not the brand name. Maybe (big maybe) there will be a reference on the package to the kelvins produced. But aquarium bulbs are a special product produced for aquariums and not used in lamps.

I think another option for you would be to get a flourescent strip (maybe an under counter) from the hardware or home improvement and buy the correct bulbs for aquariums to use in them.

I'm sorry I know this isn't what we had hoped you would hear. I wasn't able to find a truely inexpensive way around the lighting. Although I got a really good deal: a 48" four light T5 strip, fan cooled for $150. They are easily over $300 on sale.

In regards to the bulb resting against the reflector. I wouldn't take the reflector out. Maybe it will bend back a bit. But the bulb will burn cooler than incandescent. If anything burns out it would probably be the bulb because the fixture is ment to handle more heat. I guess
OP
A

cool i will leave it alone and see how it goes.....

do you just add another zero?

hahahah well i have no clue what wattage i have, and what WPG i have, it would be good to know before i buy more plants and so on....

but another problem has occured.... this is like my daily journal

my ratings in tanks as follows

i put salt in both tanks and the fish seem to be doing fine, i took the test about 20 minutes after i gave them food.... and i cleaned out the tanks yesterday, i also havnt added any fish for over a week now..... i plan on getting a ADF and a newt to add to my 20 gall. but those readings are bad, please tell me what i can put in, or what i should do??

here is my tank with the lights in it..... it has a little gap between the hood and the lamp hood so air can get in 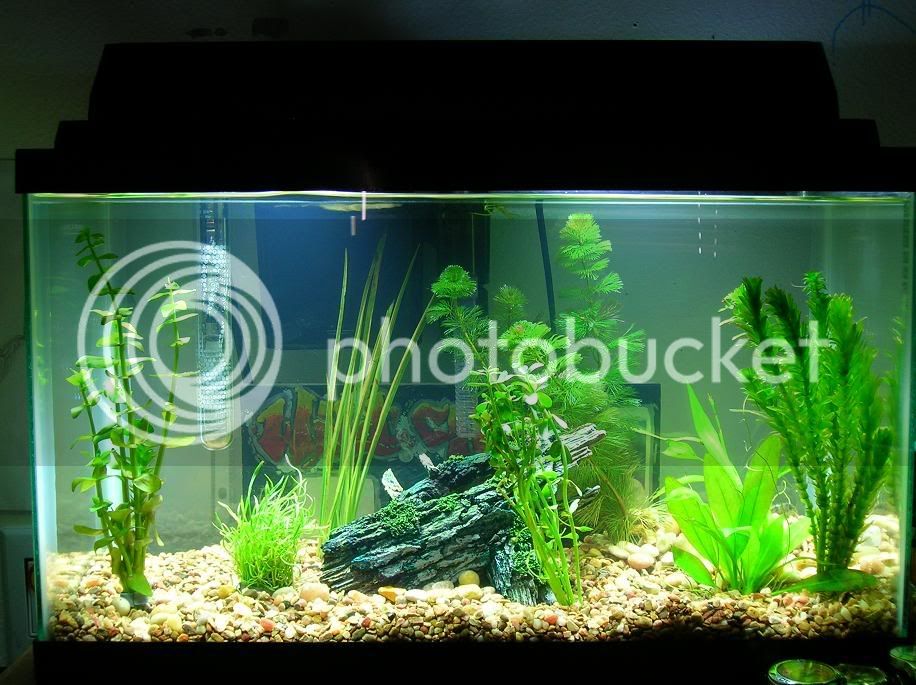 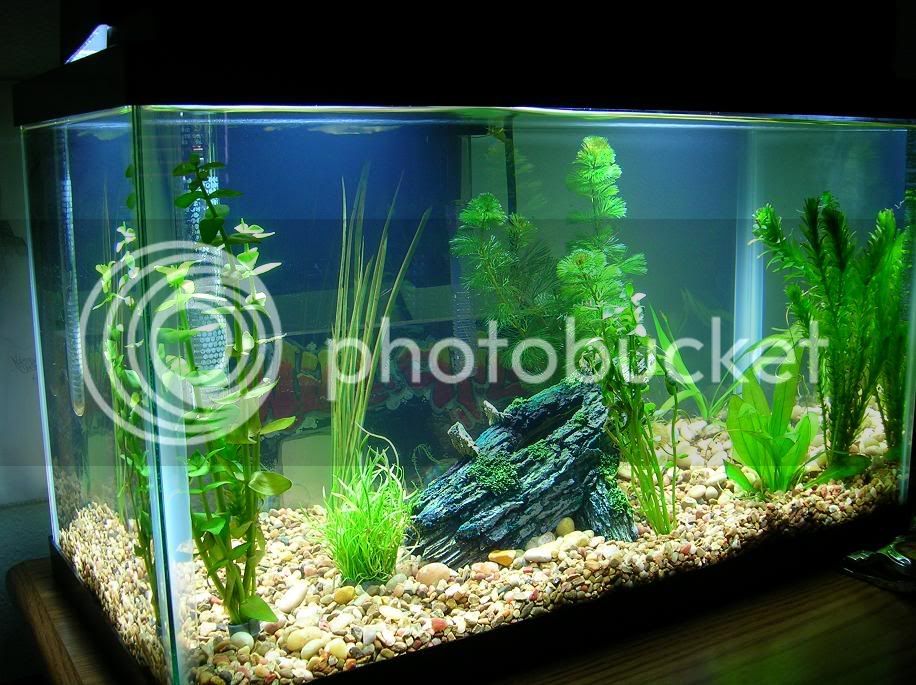 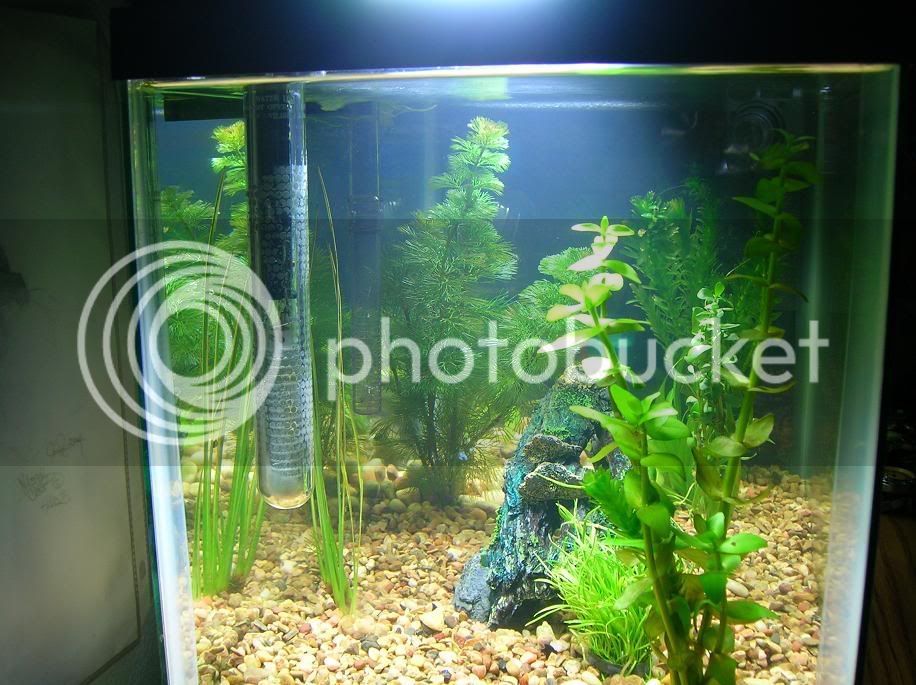 so does any one know my WPG

You should take a quick read through gf's lighting thread, but here you go anyway...

You work out WPG by dividing the total wattage by the tank volume in US gallons...

6500K is the temperature (read colour for simplicities sake), and the temp of these tubes looks OK.

K
Rocks for the tank

53 minutes ago
Kamdavid
K
W
What did I do wrong?

Today at 1:24 AM
Retired Viking