Common Name: Guppy
Scientific Name: Poecilia reticulata
Origin: Central North America to Brazil
Maximum Size: 2 inch
Care: This fish is very easy to care for, they are a pretty hardy species and can tolerate a variety of water conditions, but prefer slightly alkaline water. Temperature should be 68-79° (degrees) Fahrenheit. The minimum tank size is 5 gallons.
Feeding: Be sure to provide a variety of foods, preferably live ones, because a nutritious, complete diet will enhance their colors and ensure good health. Keep in mind that they will eat their young if they are small enough.
Breeding: These fish are very easy to breed and they are able to have a batch of fry every 28 days. A pregnant female can be identified by the gravid spot (darkened area) behind her anal fin. An average brood is average is 40 to 50 babies.
Sexing: The females are bigger than the males, the males are much more intensely coloured than the females. Males have a gonopodium. - See the article for explanation of gonopodium.
Comments: Guppies live only about two years. There are many many different colour and fin combinations available. It is advised to keep two or three females to every one male to prevent the males fighting it out between each other.
S

Why is there no pictures?!?! Well i'll fix that.
Pregnant female guppy:

I would actually the minimum tank size is 10gallons as they are very active fish like danios and due to their complex social pecking orders, males will often harrass females on a regular basis and males and males with bully each other from time to time no matter how many females you have- a 10gallon tank at least offers enough space to help avoid these conflicts.
Also long tailed fancy guppys do not do well in tanks 30gallons or larger or strongly filtered tanks due to having being bred in small tanks for so many generations to breed to the extravagant long tail, their tails do not have much muscle and they often split in large or strongly filtered tanks and this will often lead to death over time despite their tails being able to heal quickly, they simply run out of energy eventually...
Guppys were once considered hardy fish, but due to so much inbreeding the long tailed fancy ones are about as hardy as neon tetras, which is not hardy at all- they also suffer alot of problems and complications related to inbreeding which are not uncommon in them due to the high levels of intense inbreeding they have gone through to produce the strains.
The hardiest variations tend to be the standard fancy ones without the extended tails and the less colorful ones, mosaic crossbreeds tend to be fairly hardy too though. Guppys with blues, pinks, purple or albino colorations tend to not be very hardy at all.

Some examples of the wild strain "Spear Tail" guppies
Males only reach approx 1" (head to base tail) and females 1.5"

Here are some of my guppies:

These are two lines of guppies.

And Sky blue round tail.

My male and female 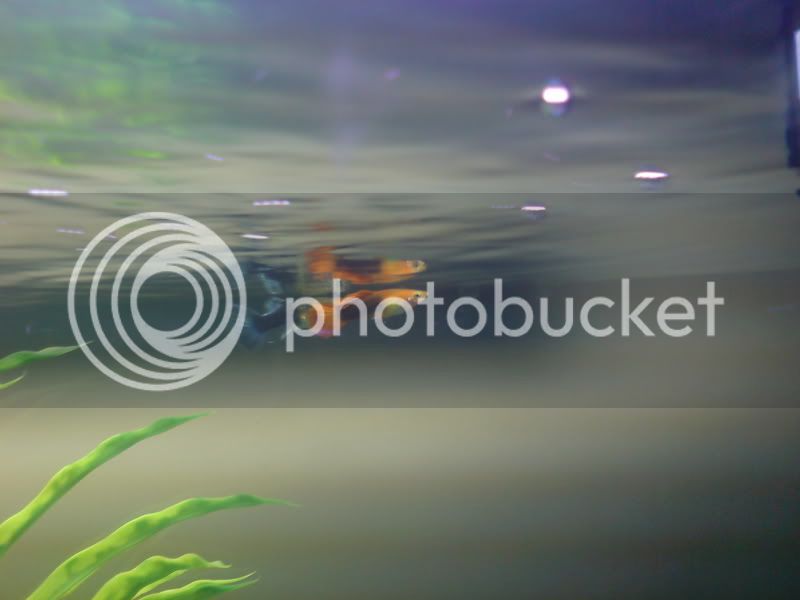 a better one of female 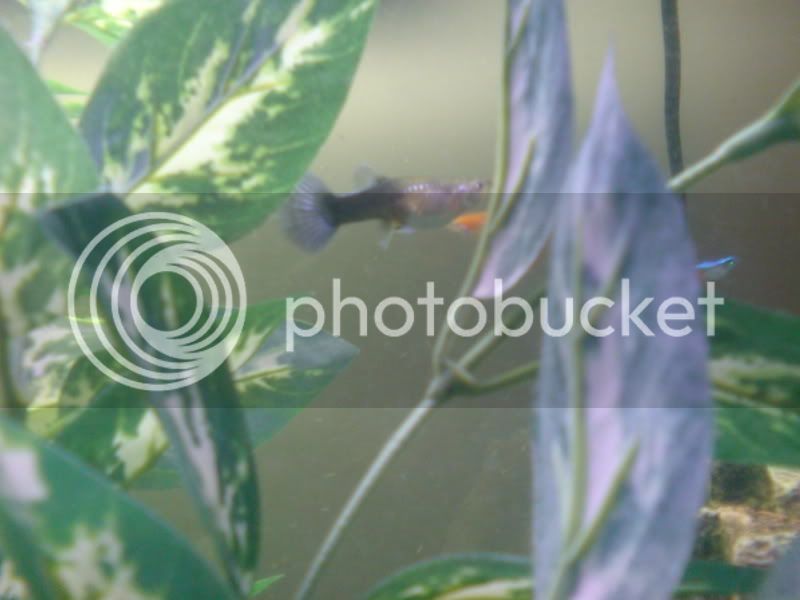 I have found that my guppies also really enjoy the occasional algae disk.
Here are a few pics of my guppies 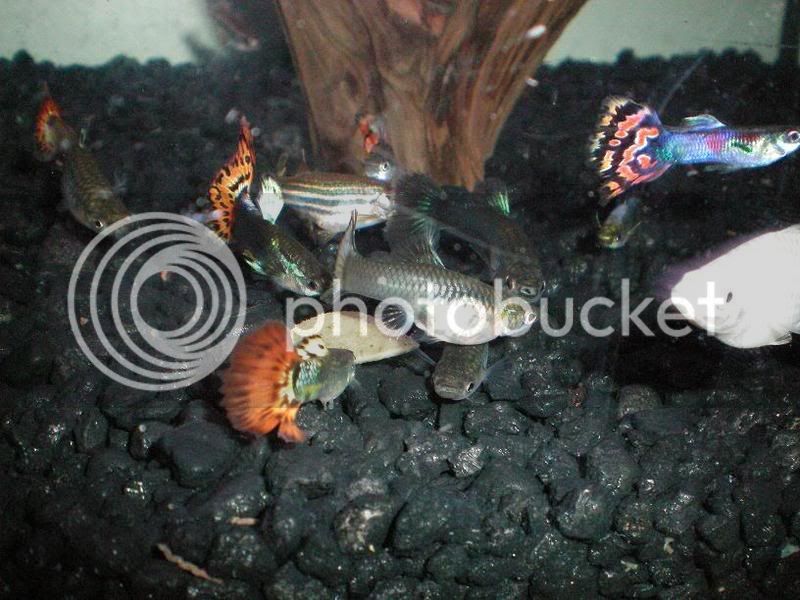 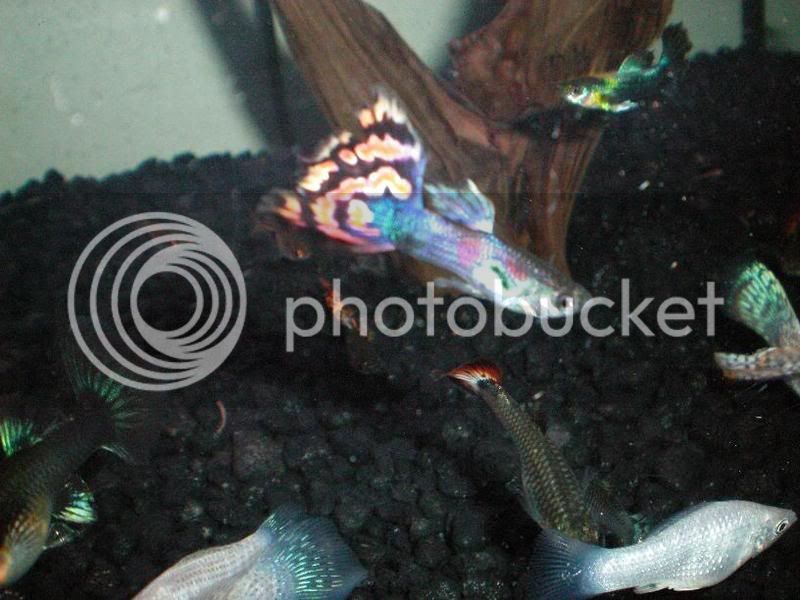 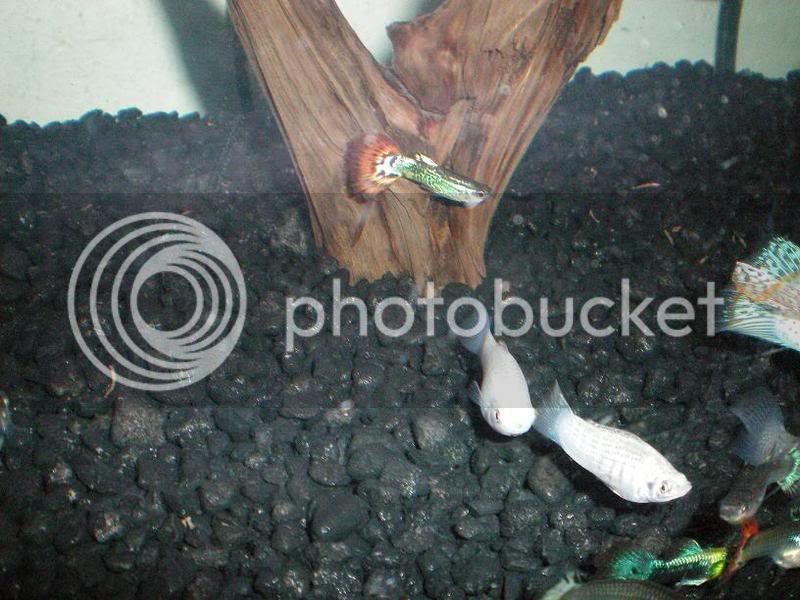 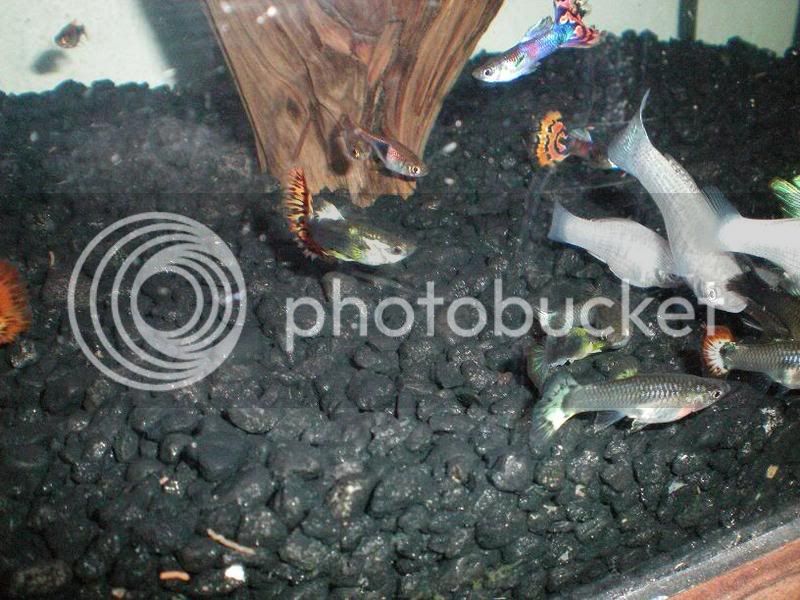 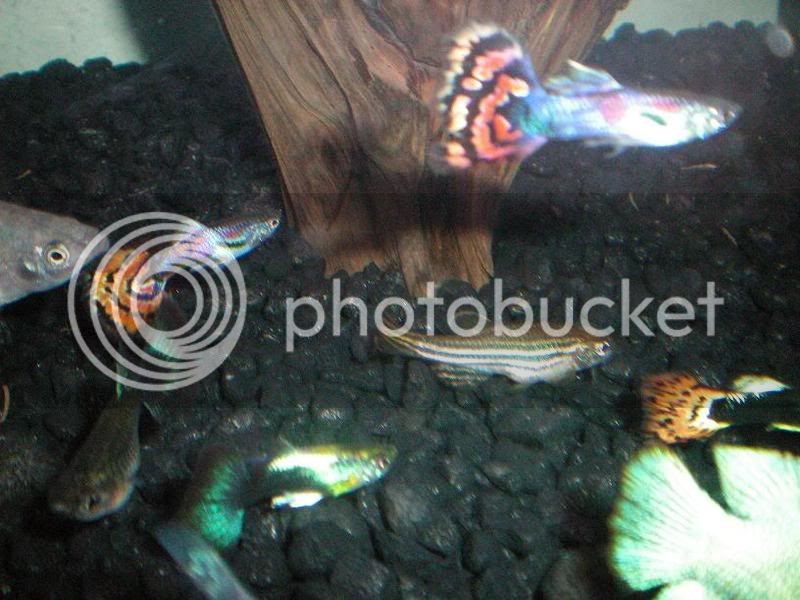 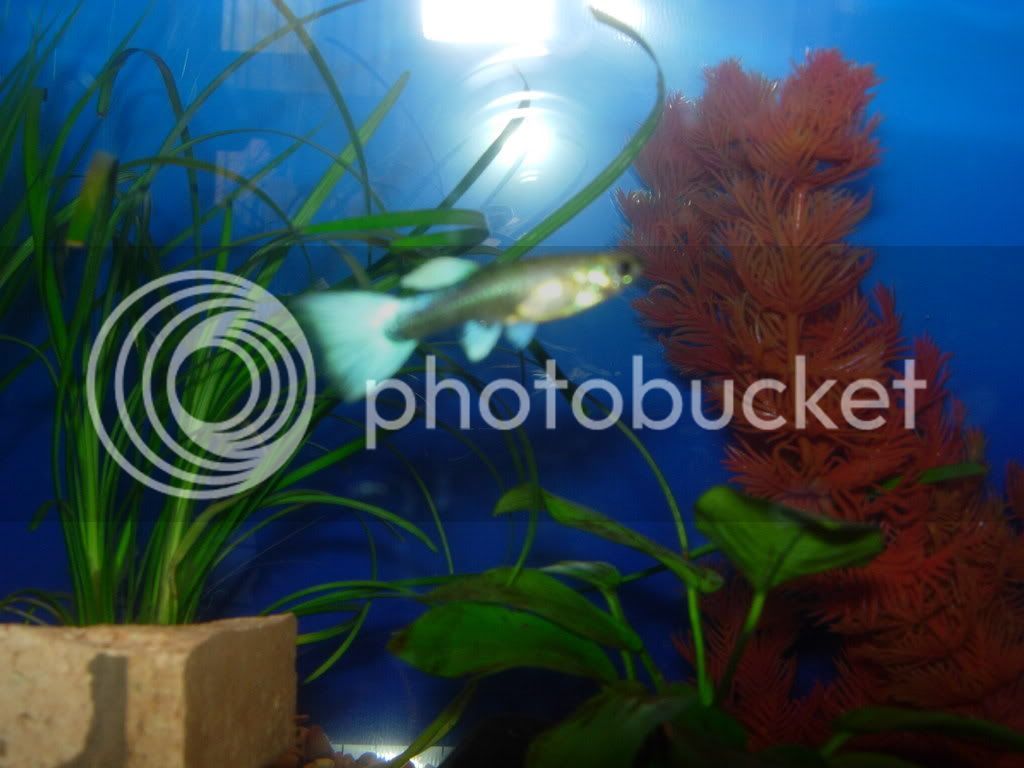 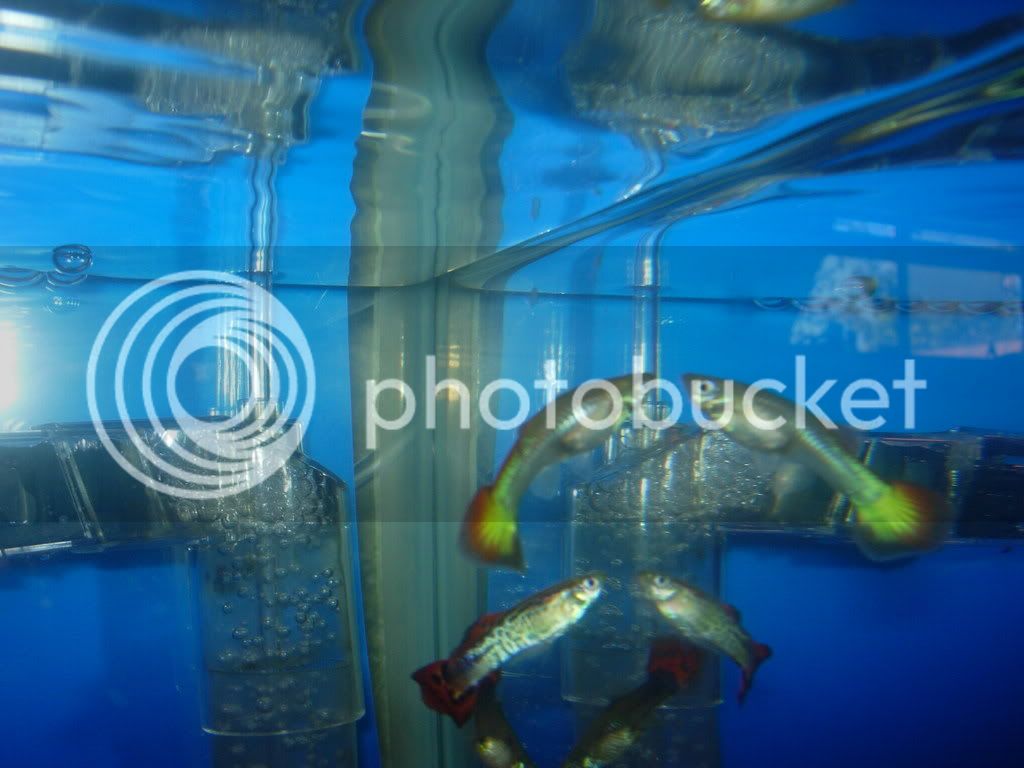 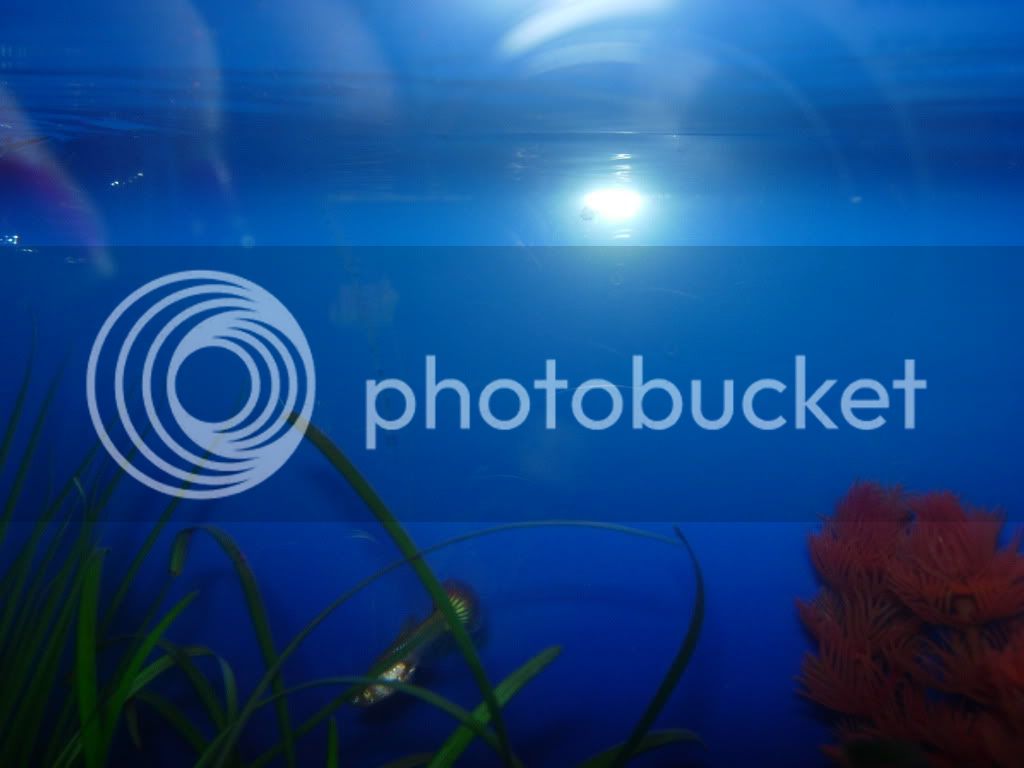 this thread is from 2008, not many members around from that year

What glue for aquascaping?